I put off writing my Surface Pro X review for a while. I’ve been using a Surface Book since the original, and I’ve always considered myself a power user, so the idea of adopting an ARM-powered PC that couldn’t run all of the apps I might need seemed unconscionable. So I’d play with the Pro X — the marginally updated SQ2 version — every once in a while, but my heart was never fully in it.

And then Apple released its M1-powered MacBooks. Ironically, but perhaps not surprisingly, it was Apple’s success with its own transition to ARM-powered devices that convinced me to really try out the Surface Pro X as my primary PC for a while.

And you know what? It’s actually been pretty neat. After using the Surface Pro X full-time for a couple of months, here are some of my favorite things about it — and some of the growing pains of using Windows 10 on ARM.

The best-designed Surface, especially as a tablet

Unlike the Surface Pro 7, the Surface Pro X finally refreshed the design of Microsoft’s OG form factor. The X model slims the bezels, makes the chassis thinner, and is lighter than comparably sized predecessors. It fits a larger screen into a footprint similar to the Pro 7, while allowing enough purchase to avoid most accidental touches in tablet mode.

The keyboard and trackpad are, as always, fantastic. Seriously; I prefer the Surface Pro X’s keyboard and trackpad over that in many normal laptops. But the best change is the ability to store the new Surface Slim Pen right in the Type Cover. It’s a small, why-didn’t-they-think-of-that-before change that makes a major difference in practice. No more do I have to spend at least a few minutes looking for the pen every other day.

The pen itself is pretty nice to use too, with a soft-touch finish and great pressure and tilt sensitivity. It’s not as fancy-looking as the standard Surface Pen, which is available in multiple colors, but frankly, I think it feels a little better. The conical pen nib also feels more natural when tilting the pen for shading or bold strokes, but not constantly losing the pen is definitely the best part.

Everything else feels polished too. The screen is excellent, with vibrant, accurate colors and good contrast. The speakers are the best of any of Microsoft’s tablets (including the Surface Book 3, which has speakers in the tablet portion). LTE support is available, the webcam is among the best on a laptop or tablet,  and the removable SSD is a nice touch should I ever want to opt for a bigger drive. I do wish there were a headphone jack, but at least Microsoft includes two USB-C ports (compared to, say, the iPad Pro’s single one).

It’s also worth noting the Surface Connect port is still compatible with the Surface Dock 2, which adds 4x USB-C and 2x USB-A ports, Ethernet, and a headphone jack. I dock the Pro X every time I’m actually working at my desk, seamlessly connecting my mouse, keyboard, second monitor, and speakers, while charging at full speed.

Despite being a full-fledged PC (well, mostly), the Surface Pro X is super thin and light. That, combined with some of the benefits of the ARM processor, means it’s the best iteration of the Surface as an actual tablet. At 0.77 kg (1.7lb) it’s only a smidge heavier than the similarly sized 12.9-inch iPad Pro (0.64 kg (1.41 lb).

The Surface Pro X doesn’t have the best claimed battery life of the Surface family, nor does it benchmark the best. But to my surprise, I’ve been finding that it might be the most reliable in practice.

Here’s what I mean: most of us know that from years of using Intel-based laptops that battery longevity varies dramatically depending on what you’re doing. So what surprised me about the Surface Pro X was how consistent it is.

For example, the Surface Pro X does not even come close to the battery life of ‘optimal’ usage on the Surface Book 3. And yet time and time again, I’ve found it can more reliably get me through my day using my typical settings.

While many Intel-based laptops seem to swing from over 10 hours to under 3 hours, depending on what I’m doing, the Surface Pro X reliably hovers around the 6-8 hour mark for my usage — almost always enough to get me through a workday. In practice, I might actually find myself reaching for the charger more often on the Surface Book 3 than the Surface Pro X, even when running similar workloads.

Buttery-smooth, consistent performance (when you stick to ARM apps)

When you stick to apps that can run on ARM, the Surface Pro X generally flies. Again, there are myriad benchmarks out there for those interested in the raw numbers, but they just don’t tell the full picture. My anecdotal experience is that the Surface Pro X, in day to day use, often operates more smoothly than its Intel counterparts when running native apps.

The inking experience in OneNote, for example, feels even more natural than it does on other Surface devices, while the Edge browser is less likely to freeze up during heavy use. On the whole, the Pro X seems less prone to throttling, dropping frames during video playback, stuttering during animations, and lagging after a touch. It particularly seems to outperform similarly priced Intel-based systems — including the Surface Pro 7 — when used away from a charger.

It’s a subtle difference, but one that is increasingly apparent as I switch between the Pro X and other devices.

But how long can you survive only using ARM-friendly apps?

Unsurprisingly, this smooth performance only really applies when you stick to software that is natively compatible with the ARM architecture. For many, if not most people, that’s going to mean switching to software you’re not used to — at least for now.

Chrome, for example, doesn’t yet have a native ARM app for Windows, even though, according to Qualcomm, “the code is done.” Luckily, I’ve been using Edge as my primary browser since it switched to the Chromium engine, and the browsers are extremely similar — even running most of the same extensions.

The fact that Edge performs so well is essential. In 2021, it just so happens that many people can get their work done almost completely in the browser (that is, of course, why Chrome OS has been so popular in the first place). And sticking to a browser is what you’ll likely be doing if you’re among the target audience for the Surface Pro X.

In fact, you might be better off sticking to browsers when possible. Slack’s desktop app, for example, runs quite sluggishly on the Surface Pro X. I found I was much better off simply going to slack.com in Edge and then installing the website as an app; this version runs much more smoothly.

But here’s the thing: I have other computers. The Surface Pro X’s limitations are only really limitations if this is the only PC you regularly use. Of course, most people don’t have the luxury of multiple PCs, but I do know plenty of people who buy Surfaces and iPads as secondary devices as well.

So while the Surface Pro 7 may be a better option for someone looking for this form factor without the risk of losing an app they regularly use, as a secondary PC, I’d much more likely recommend the Pro X.

The future is looking brighter for ARM

The good news is that ARM apps are likely only going to get better from here. While x64 and x86 aren’t going away anytime soon, the arrival of Apple’s M1 processor gives cross-platform developers more incentive to create desktop-class ARM-compatible software. Even Qualcomm executives appeared to be happy about the M1 MacBooks; after all, they mean people will be more comfortable buying ARM-based computers, potentially allowing it to poach some market share from Intel and AMD.

Indeed, one of my main reasons for initially holding out on the Surface Pro X was the lack of Photoshop and Lightroom — essential tools for me. But since the original model’s launch, Adobe has released ARM-compatible betas of each, and I only expect more apps to follow.

Meanwhile, Microsoft is currently testing x64 emulation for ARM with Windows Insiders, meaning you can at least run 64-bit apps when you need them.

To make ARM truly successful on Windows, we’re going to have to see a lot more app compatibility, but for the first time, it actually feels like there’s some hope.

Okay, but should anyone actually buy the Surface Pro X?

The lack of full compatibility with the Windows ecosystem and conditional performance makes also makes the Surface Pro X a rather conditional recommendation.

I’ve seriously enjoyed using the Surface Pro X, but I’d only recommend it if two or more of the following applies to you:

That last point particularly stings. But every time I think “no one should spend this much money on a device that’s best suited to browsing,” I remember Chromebooks exist and are somehow successful — even the relatively premium ones. And the Surface Pro X can do more than your typical Chromebook by the simple fact it can many legacy Windows apps, even if they might run sluggishly.

I still wish Microsoft would price the Pro X lower — the ARM chip seems like it would be great on a new Surface Go — while Windows 10 on ARM really gets the ball rolling. But at the same time, the when running ARM-friendly apps, the Surface Pro X feels like the best Surface, especially when it comes to fulfilling that original promise of seamless tablet-laptop duality. For day to day work, it’s the device I keep gravitating to, even if I occasionally need to run software on another PC.

If you can live with the compromises and/or have another computer to handle the missing apps, Surface Pro X is the rare computer that’s likely to get better with time; it’s already become significantly more usable since I began my testing period. Whether it’s worth spending your money on that evolving potential, is up for you to decide. 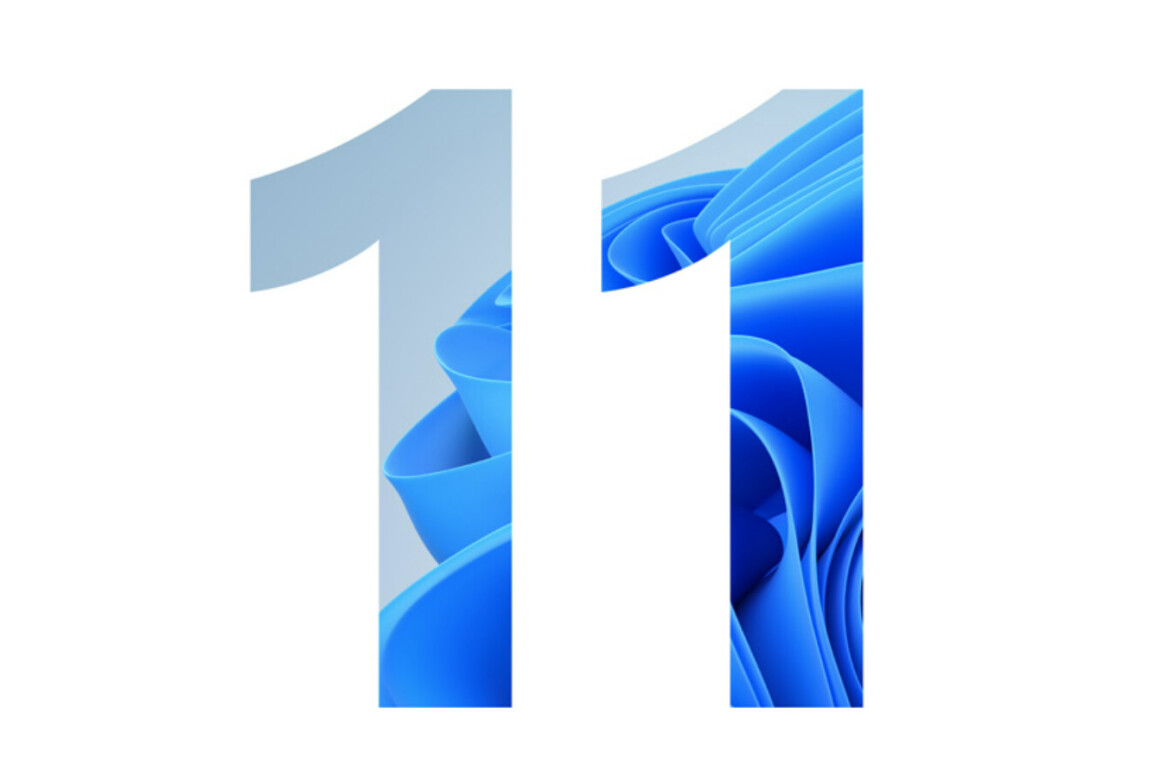