We have come a long way since the times artists depended on the patronage of kings and queens for their financial stability. But while galleries and art dealers have mostly replaced this ancient system, a new breed of crowdfunded services like Patreon and Ulule are now lending even more fiscal independence to cash-strapped artists.

Despite this liberating disruption in the artist-patron dynamic, such services pose the same risk to the financial security of creatives as the old patronage system, the revised art dealership model capitalism brought, and the crowdsourced funding alternative facilitated by the recent technological boom. Namely, that the artists are in a chronic threat of having their streams of income severed – at the drop of a hat.

But thanks to blockchain tech and cryptocurrencies, creatives might have a new viable option to make ends meet without leaving their fiscal stability in the hands of profit-oriented dealers and corporations. Meet French street artist Pascal ‘PBOY’ Boyart.

Boyart recently attracted the attention of the cryptocurrency community after one of his pieces made its way to the top of the Bitcoin discussion board on Reddit.

Indeed, numerous Redditors flocked to salute him for his witty use of QR codes as a way of funding his work with Bitcoin donations from inspired passers-by.

Influenced by the the vision of Satoshi Nakamoto and Bitcoin, Boyart has made cryptocurrencies and decentralization a central theme in his work. In his paintings, Bitcoin becomes not only an integral part of the piece itself, but also the very method by which Boyart can profit from his creation.

The QR codes are both his statement against the dangers of central censorship and his weapon of liberation.

In this sense, his artistic fascination with the technology is two-fold: it explores how cryptocurrencies are gradually challenging the status quo of central authorities and simultaneously puts this playful exploration to the test.

This, precisely, is the conundrum Boyart addresses in his mural of esteemed Dutch painter Rembrandt (whose life was marked by severe financial hardships despite his undeniable talent).

But while it was the Rembrandt piece that brought the recognition of Reddit to Boyart, it wasn’t the first time the artist had experimented with incorporating Bitcoin donation addresses in his work.

“I first included a Bitcoin QR code in my work in November 2017,” Boyart told Hard Fork. “I painted a street art piece of a child asking his father ‘Dad, what is money?’ and I placed a QR code at the side of my signature.”

“I wasn’t sure if someone had done this already, but I wanted to see if people could support street artists with donations,” the artists added. “I did it as an homage to Andreas Antonopoulos’ book The Internet of Money.”

Since then, Boyart has received over $1,000 (approximately 0.11 BTC) in donations so far, according to stats from the Bitcoin blockchain explorer. 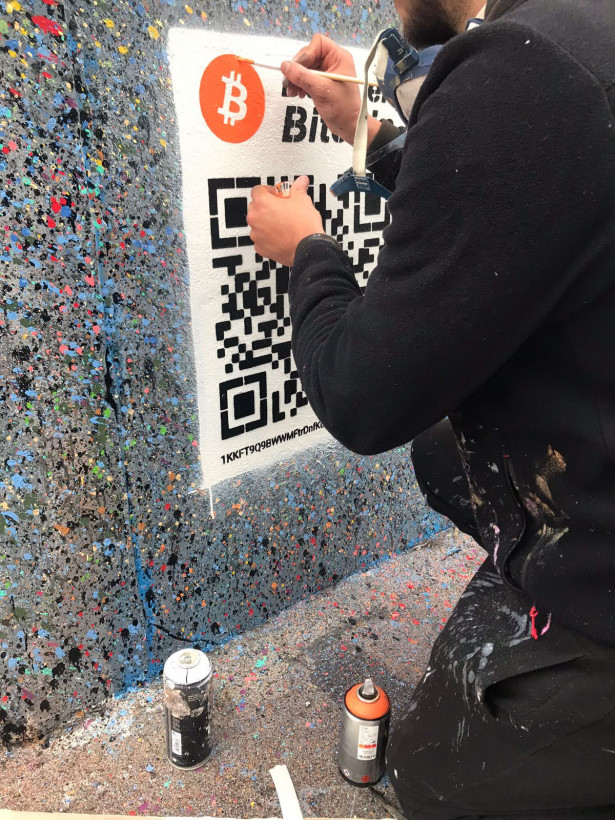 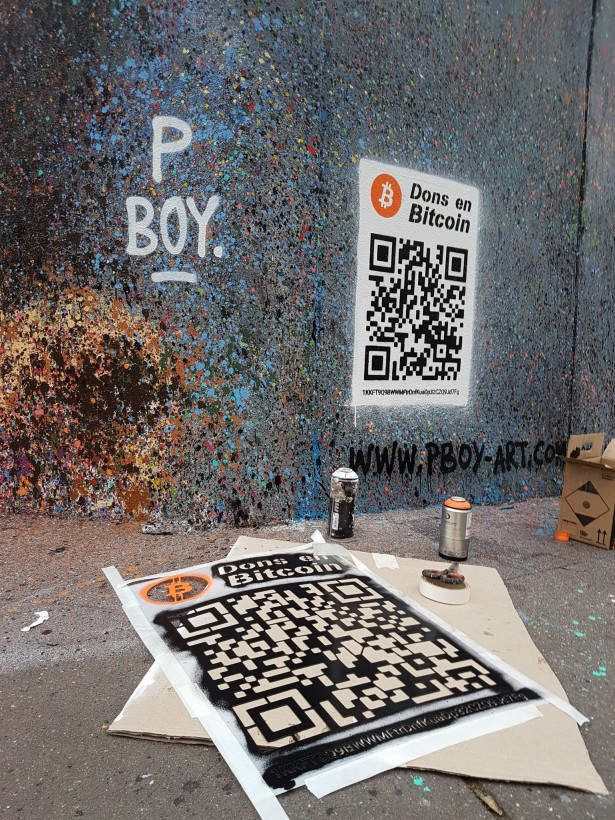 Boyart first got acquainted with Bitcoin in early 2014, but it took him four years to grasp the promise the technology behind it.

“I didn’t understand it,” the artist told Hard Fork. “I thought it was a new PayPal.”

“It was last May when I became really passionate about this new paradigm of money… I was thinking about all the best use cases artists can do with it,” Boyart continued. “It can free us from institutions and galleries.”

“The most interesting aspect is decentralization – a peer-to-peer horizontal system,” he added. “Art and creation need that, I believe.” 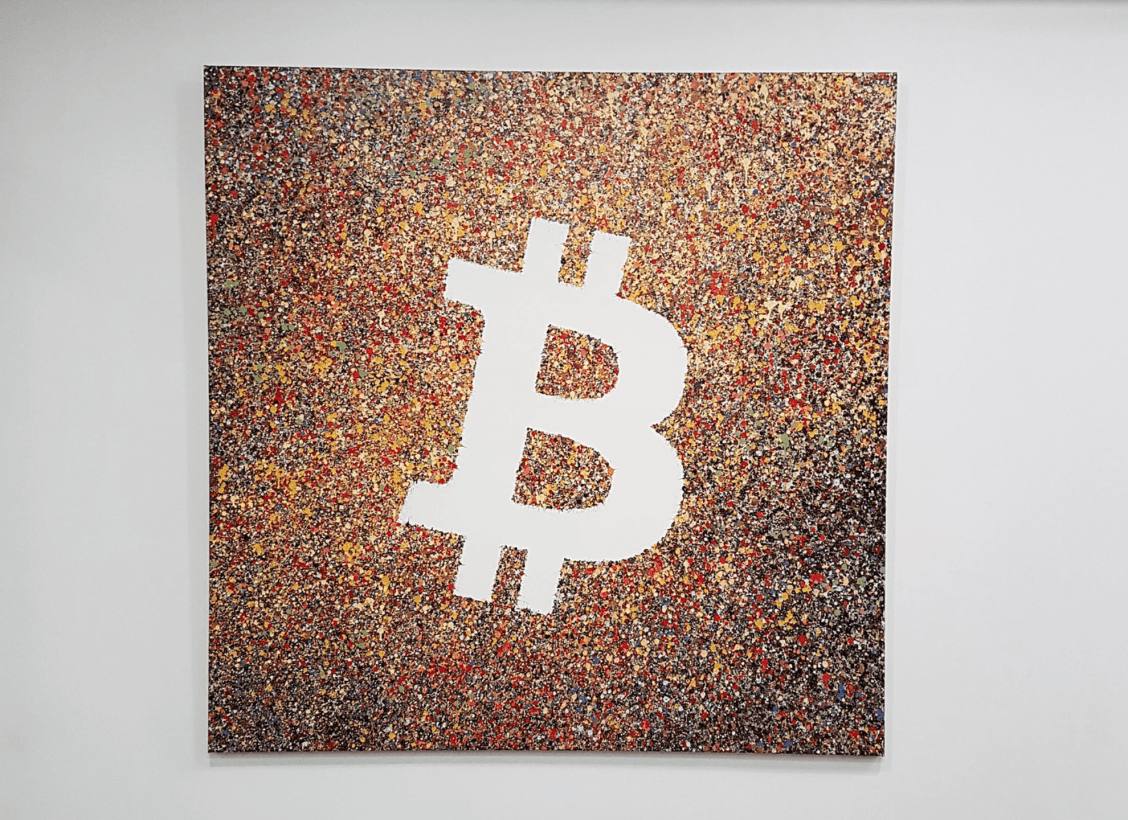 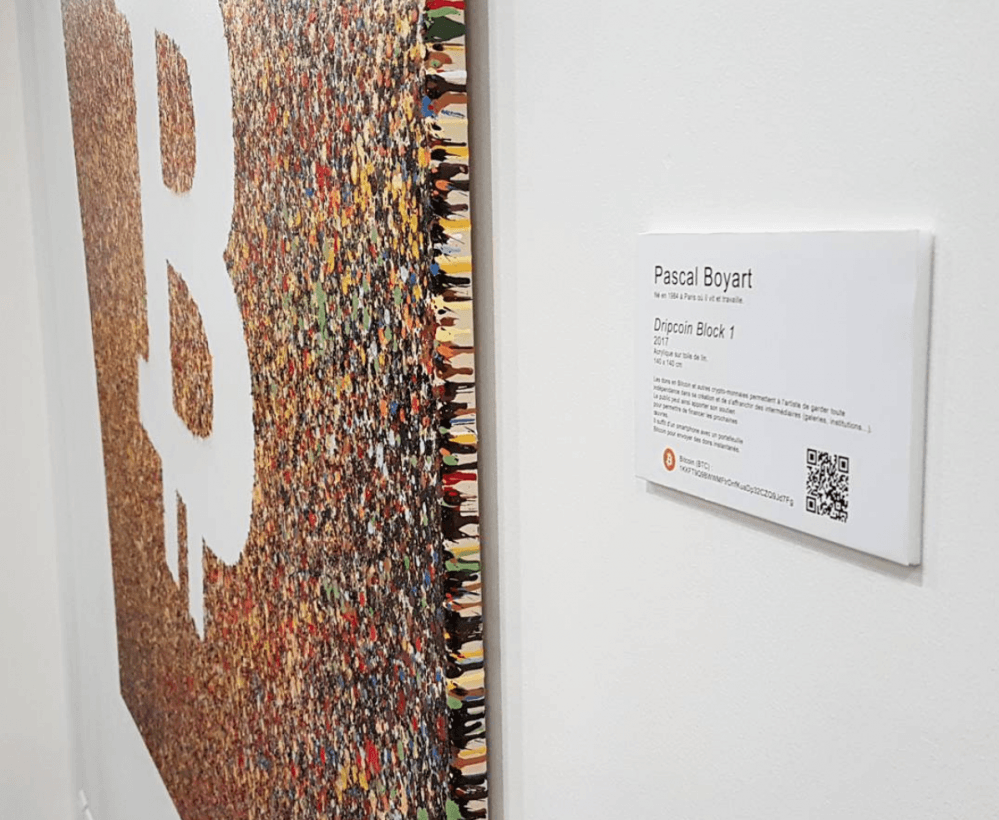 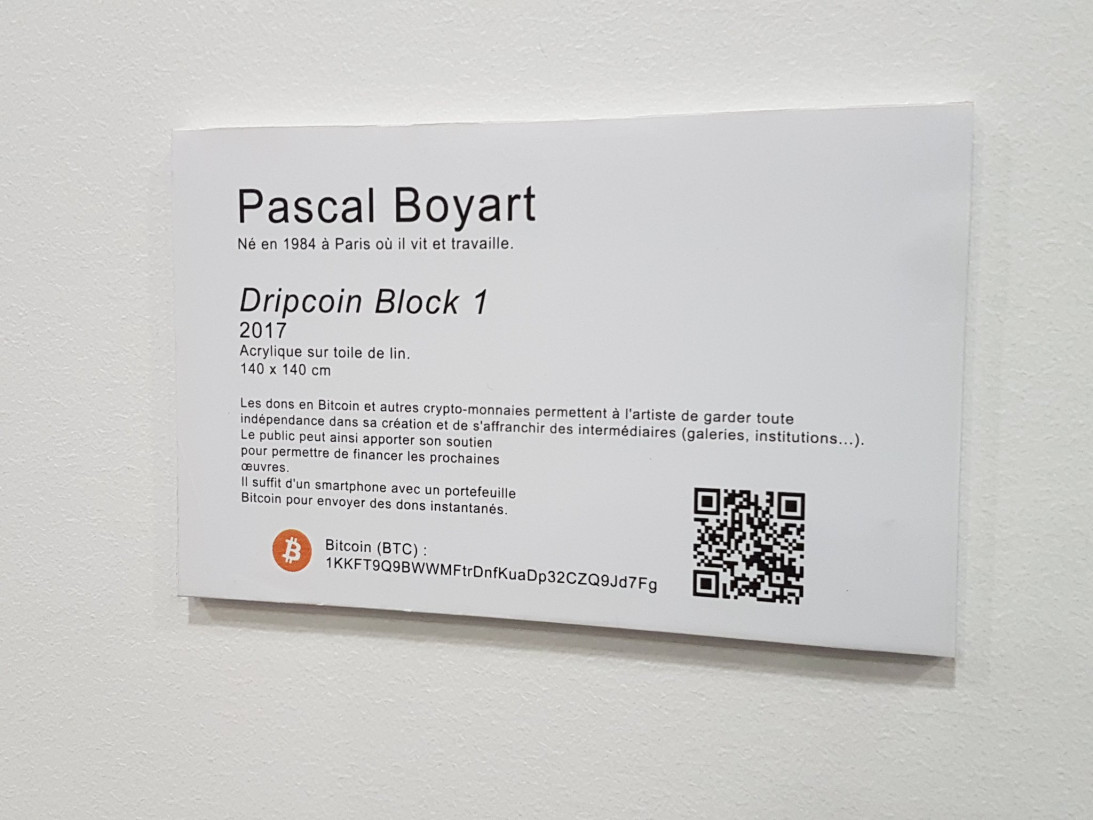 “My street art costs me a lot of money in materials and painting,” Boyart said. “But instead of funding alternatives like [crowdfunding platform] Ulule, I wanted a solution that offers direct financial relation with the people.”

“Bitcoin is perfect for this,” he added.

Anyone keen on supporting Boyart and his art can find his donation address at his personal website here: in addition to Bitcoin, he also welcomes donations in Litecoin and Ethereum.

Curious to see more of his pieces? Go check out his work on Instagram here.