What’s the link between Hollywood, an American businessman, time-travel, and a mountain of cocaine big enough to make even Keith Richards’ knees tremble? Answer: the DMC DeLorean, AKA the DMC-12, AKA the car from Back to the Future.

This weekend marks the 35th anniversary of Back to the Future, so let’s travel back in time and pay homage to the real version of that Mr Fusion-powered 88 mph gull-winged chariot. Strap in, because it’s a wild ride.

But why a time-travelling DeLorean?

Most of the world, certainly outside the US, probably had no idea about the eponymous DeLorean until it featured in Back to the Future, which first hit screens in 1985.

First off, the time machine in Back to the Future was never actually even meant to be a car, let alone a DeLorean. According to director Robert Zemeckis, speaking on the DVD commentary of the films, the time machine was first a laser device, which was scrapped because, uh, dull!

In the second draft it was a refrigerator. But apparently the filmmakers were concerned it would encourage children to climb into fridges and get stuck, so that idea was scrapped too.

Eventually, the film’s producers decided that you’d want the time machine to be mobile, so they looked to cars. The DeLorean was chosen because of its radical look, and iconic gull-wing doors. Incidentally, its “spaceship” like appearance has been credited as one of the main reasons for it being chosen as well. The DMC-12 was made of brushed stainless steel and was left unpainted, because DeLorean apparently didn’t want to spend money on painting equipment.

In an interview with Esquire, the film’s co-creator Bob Gale said that the film was offered $75,000 to use a Ford Mustang. Gale basically told Ford to get stuffed, and responded with: “Doc Brown doesn’t drive a fucking Mustang!” and so, history was made.

The importance of Gale’s remark shouldn’t be understated. The films were littered with other product placements — everyone remembers Nike’s self-lacing shoes and Mattel’s Hoverboard. But by 1985, the DeLorean Motor Company (DMC) had already folded, meaning Gale’s steadfastness on the DeLorean was even more valuable and stopped the car from being lost in the annals of time. Instead, we got one of the most iconic film cars ever.

By the time the films were released, the car had already developed a name for itself, for reasons that had little to do with the vehicle and everything to do with the jet-setting playboy that invented it.

The man, the legend

John DeLorean, the man who would later go on to found the DeLorean Motor Company (DMC), was a stalwart of the automotive world. He was the lead engineer behind iconic muscle cars, like The Pontiac GTO, and the Pontiac Firebird. He worked for many years at General Motors before parting ways with the American automotive giant in 1973.

In 1975 he set up the DeLorean Motor Company with the goal of producing an “ethical” sportscar. One that’s safe, reliable, and built to last. Think of DMC as the Tesla of its day. It wanted to challenge the status quo.

For design of the DMC-12, DeLorean called on one of the most influential yet unknown car designers, Giorgetto Guigiaro. The Italian designer had a way with the pencil that would see his designs go from paper to the silver screen on more than one occasion. His Lotus Esprit went on to become James Bond’s famous underwater car.

With such pedigree behind the project, you’d think the DMC-12 would find its way into the history books on its own merit. But that wasn’t to be, as the car wasn’t exactly any good and John DeLorean had a habit for going a bit over the top.

The first and only, DeLoreans

DMC-12s had a 2.85 liter V6 motor, putting out 130 hp, mounted behind the drivers powering the rear wheels. Drivers had a choice of 5-speed manual or 3-speed automatic transmissions which were pretty typical for the early 80s.

There was just one body style, featuring those iconic gull-wing doors, and no choice of paint. Every car was finished with brushed stainless steel, which some owners maintain using WD-40, not soap and water like every other car.

All of this came together to produce a car that wasn’t practical, particularly fast, and didn’t handle like a sportscar should. And because of mechanical flaws that needed to be worked out, production was delayed, and the car ended up costing far more than was initially forecast.

It was called the DMC-12 as it was originally going to be sold for $12,000, but various overruns and production challenges pushed its price tag closer to $25,000.

Even though no accurate records exist of how many DeLoreans were ever sold, reports suggest the car had no problem initially capturing the hearts and minds of the American motoring public. But it couldn’t turn the initial interest into consistent sales.

A year later in early 1982, nearly a decade after DeLorean left GMC to set up his eponymous company, some 7,000 vehicles remained unsold.

Add this to economic recession and DeLorean’s company was on the ropes.

The British PM at the time, Margaret Thatcher, ordered DeLorean to raise more money to keep the company in business and support his employees. DeLorean, enraged, claimed that the British Government was closing his Northern Ireland plants on the grounds that its Catholic employees were “tithing the Irish Republican Army.”

But the reality was that DeLorean needed some $17 million to save his company from bankruptcy — that’s $46.5 million accounting for inflation.

Over the course of 1982, DMC’s financial situation worsened, and DeLorean was left with few options.

In October 1982 he found himself in a Los Angeles hotel room with a man he half-trusted in the hope he could save his company. The man, James Hoffman, a previously convicted drug smuggler, alleged that DeLorean had come to him looking to carry out a cocaine deal to generate funds to support his failing business.

During the meeting a briefcase supposedly filled with 27 kg (about $6.5 million worth) of cocaine was laid out on a table. Discussions had also alluded to a bigger deal, in which DeLorean would part finance the sale of $24 million worth of the drug. He agreed and was even recorded on video as saying the white stuff is “better than gold.”

DeLorean was promptly arrested at the hotel on grounds of narcotics law violations.

However, James Hoffman was working with the FBI as an informant. According to reports, DeLorean never actually wanted to go along with the cocaine trafficking. In fact, it was Hoffman who approached and coerced DeLorean into the bogus deal, in an attempt to provide information to the FBI and have his own sentence reduced.

DeLorean was able to prove that he had been “play-acting” all along. He went along with Hoffman after threats were made against his family.

By August 16, 1984, DeLorean was acquitted on grounds of government entrapment.

DMC will never be forgotten

Sadly, a week after DeLorean’s arrest, his company filed for bankruptcy and by December 1982, just two years after the first cars were sold, DMC was no more and the British government shutdown his NI factory.

It wasn’t just DeLorean’s drug smuggling antics that landed him in hot water, he also had a track record of misappropriating company funds. DeLorean went on to spend many years unpicking legal cases related to the downfall of his beloved car business. In 1999, he declared bankruptcy. The story of his life has been made into a film of its own, called Framing John DeLorean.

DeLorean never gave up on his dreams and in his final years he attempted to resurrect DMC by designing and selling watches, eyeglasses, and sunglasses. He hoped he would eventually be able to drum up enough support and funding to relaunch his car company. In March 2005, John DeLorean died of complications from a stroke.

The DMC-12 might not have been DeLorean’s greatest car, and it may have met its premature end because of his Machiavellian antics. But it was those antics and self-belief that gave birth to the idea in the first place, and eventually led Back to the Future’s filmmakers to pick it as their time machine.

Back to the Future may have helped make the DMC-12 one of the most iconic cars ever, but it — and its creator — should be remembered for so much more than that. 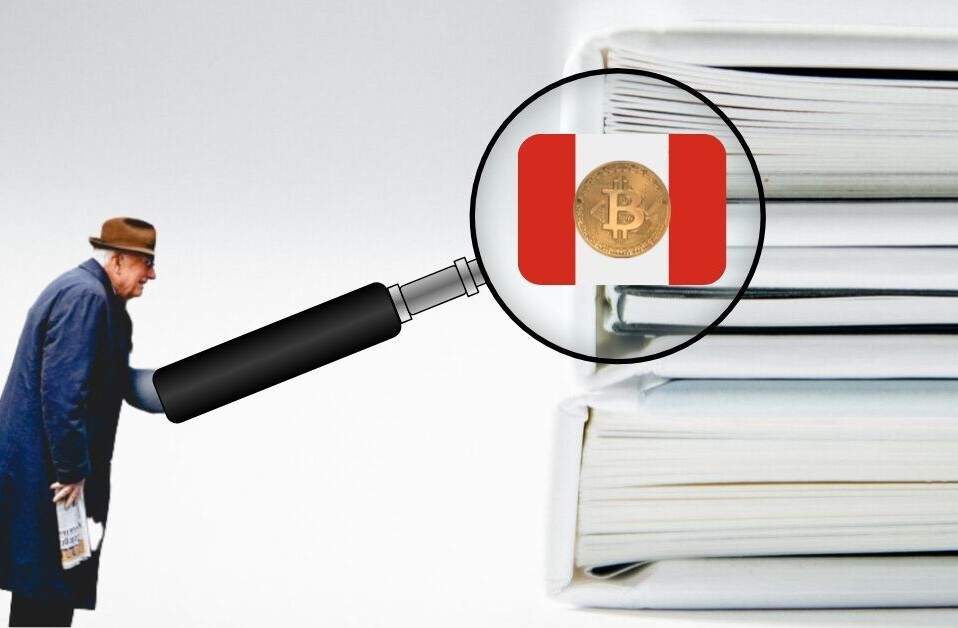 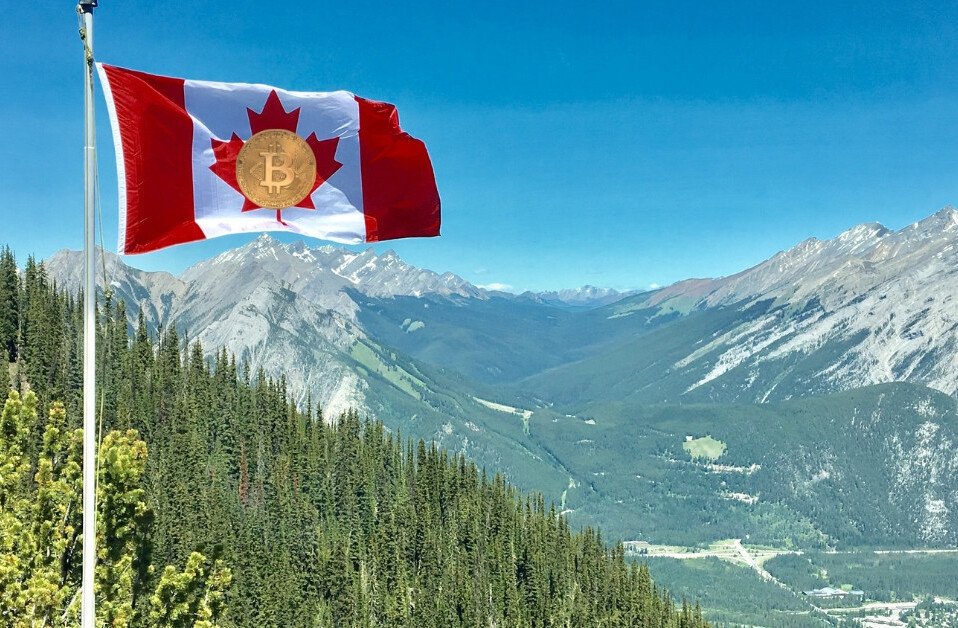