Back in December 2012, we told the story of Russian startup Dream Industries, the founder of which claimed that he was raided by his own partners and the startup’s investors. The latter answered with accusations of ineffective management and inappropriate expenditures.

In March 2013, DI’s founder Alexei Ostroukhov launched a lawsuit against his partners claiming $40 million in damages, which resulted in company’s assets being frozen by the court.

After more than a year of court battles, the sides have reached an agreement, under which Ostroukhov’s share in Dream Industries was bought by the other shareholders, leaving him out of the startup he founded in 2009.

The sides had agreed not to disclose the financial details of the deal, however Russian newspaper Kommersant’s sources say that Ostroukhov received some $5 to $7 million for his 22 percent share in Dream Industries.

The entrepreneur himself, who currently lives in London, appears to be relieved by the end of the exhausting fight, and willingly offers his advice to everyone who’s going to work at the Russian tech market as well as a vision on what went wrong in the way the local tech scene developed.

It’s all about the government

Discussing latest news from the Russian tech scene during the interview with Ostroukhov, we inevitably touch the topic of the country’s biggest social network, VK.com, and its founder and former CEO, Pavel Durov who says he was ousted and replaced by pro-government executives. Durov’s main mistake, in Ostroukhov’s opinion, was not having a “healthy relationship” with the government.

“It’s great to isolate yourself at the early stage in Russia to build a thriving environment inside the company, but at a certain point you have to open up, you have to make yourself available, you have to be transparent for the government.

“First [the authorities] want to explore your company — what’s this new thing, what it does, is it useful for them? Those people have a lot of strange advisers. By the time they start approaching you, they have a lot of assumptions, which may not necessarily be true. Sometimes they can’t really understand your business and how it works.

“If you don’t talk to them, you just make them angry. If they don’t understand, they get angry… well, maybe not angry but insecure, and insecurity brings anger when you have power.” 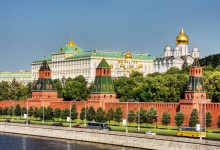 Looking back to the Russian government’s attempts to engage with the local startup community in recent years, Ostroukhov makes a conclusion that the state has generally failed in reaching out to young aspiring entrepreneurs.

“In Russia, the entrepreneurial community has a general negative stance on authorities, and when someone from the government starts to engage, people start feeling very insecure. Authorities are frequently involved in the conflicts in the industry one way or another.”

Skolkovo — an ultimate solution or yet another problem?

Another problem that the government is facing in its way to faciliating productive cooperation with startups is the lack of knowledgeable people who would be working in state-backed institution — this can also be seen as a consequence of entrepreneurs’ general distrust to the government.

Ostroukhov’s main example is Skolkovo, the state-backed tech hub near Moscow with a foundation that gives out grants to promising startups.

“It was an amazing cause, at the early stages I tried to advise them as much as I could, met with [the then president Dmitriy] Medvedev. Everyone was sceptical but I believed in Skolkovo,” Ostroukhov recalls.

“But even if your cause is right and the direction is right, you have to have people working for you, who are genuinely interested in doing this. It’s a shortage of such people that they fell over.

“They tried to hire the best people, paid them huge salaries, but those people were just not motivated enough — they didn’t have a core agenda in their lives that is about improving the tech industry.

“After the project started to grow and develop, people I talked to in Skolkovo were mostly men in their 40s or 50s, not interested in doing what they were paid for. Like everything in Russia it is way too male-dominated.

“People who should be executing on the government’s vision should be coming up with ideas, should be building things, helping entrepreneurs — but majority of those people are totally useless. They got hired, they like the job, the prestige of it — but they couldn’t care less. They don’t understand technology, they’re so far behind.”

It may sound illogical, but even despite the general negative attitude to the government Russian startups are often eager to receive grants that Skolkovo offers to its residents.

“It’s a little bit complicated to get those grants, but it’s totally doable,” said Ostroukhov. “I know quite a bunch a companies for which it was useful.”

“But because it’s a free money and there’s no [other means of] support related to it, for some people it only makes things worse. They get the money and start running their business like there’s no urgency, and it only leads them to problems.”

Unfortunately, Skolkovo bureaucrats are not the only ones who don’t understand how tech business works, Ostroukhov continues.

“Startups are booming, but the ecosystem is not growing, it can’t catch up,” he said. “There are way too few good investors in tech in Russia. New investors rush into the market but don’t know how the tech business works and only make it worse.”

That’s why many Russian tech startups nowadays are looking for experienced investors from abroad, preferably from the US, says Ostroukhov. However, the recent developments in Russian politics including its actions in Ukraine and economic sanctions from the US and EU brought by those actions, attracting foreign investors may become a difficult task.

“I’ve been working on a few investment deals recently involving American investors and Russian companies. In a few cases we had everything ready, but in the last minute US investors backed out and put the deals on hold because of the political instability. It’s bad for Russian startups.

“Before that whole thing started going down the country seemed to be bridging the gaps between communities, there was a rise of foreign investments into Russian startups. But now people are confused — what if they make an investment and then suffer from sanctions from their government?”

Reviewing his experience of building a tech company valuated at $120 million that raised $30 million in funding and subsequently leaving it because of a disagreement with other major shareholders, Ostroukhov has come up with a few pieces of advice for entrepreneurs building a tech startup in Russia, though most of them seem quite “international.”