“But, this is the way it’s always been done.” – Said no one ever in Silicon Valley

Marc Andreessen once famously said that software is eating the world. Startups in their own way are also eating the lunch of legacy businesses all around the world. And they’re doing it so fast and often now that disruption is becoming a way of everyday life. So what do larger, slower more rigid businesses do about this rush to disrupt the status quo? They either adapt or die.

There are however, a rising breed of big companies that commit to innovation who are vying not only to survive but also look, feel and act like the startups they’re meant to partner with or compete against. Even big companies can disrupt traditional competitors and markets. And, according to a new research report, a small but growing percentage of ambitious companies are investing in innovation centers of labs in tech capitals around the world to do just that. 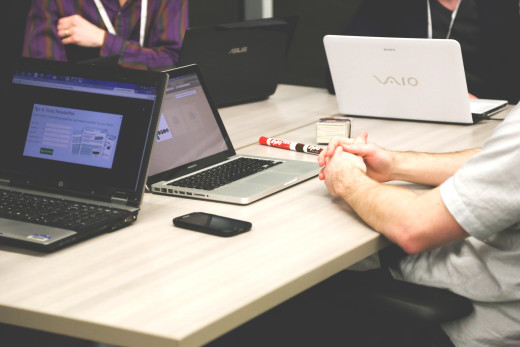 I partnered with Jerome Buvat of CapGemini Consulting to study 200 of the top companies in the world by revenue to see how many of them had set up innovation centers versus traditional R&D labs. The answer is only 38 percent had done so. Additionally, we interviewed those running these new endeavors for top brands such as Sephora, Nestlé, AT&T, Comcast, and Walmart in tech capitals including Silicon Valley, Austin, New York, London, Paris, among others. The report is available on Slideshare.

We learned from the onset that many businesses continue to struggle with innovation, with the traditional R&D model viewed as ‘broken’. In fact, many R&D teams at large and traditional corporations seemed ill-equipped to respond to the threat of stemming from new competition and changes in customer behavior. They’re often constrained by legacy organizational models, risk-averse cultures, and a rigid approach. A recent study revealed that only five percent of R&D staff feel highly motivated to innovate. Innovation though has never been more important – or more difficult.

Disruption is imminent and can come from anywhere and startups and digital-savvy competitors are threatening the very fabric of many established industries. Without constant innovation, once dominant players are finding legacy paths to innovation are now dead ends. In response, companies are increasingly looking to launch physical innovation centers, labs or networks in major global technology hubs to leverage an ecosystem of startups, venture capitalists, accelerators, vendors, and academic institutions.

These innovation centers help to accelerate the generation and implementation of new ideas, attract talent, drive employee engagement, and establish partnerships with startups.

So where are these innovation centers?

Silicon Valley is the most attractive area with 61 percent of companies having established one or more centers in the Valley. But many more hubs are emerging –the top 10 cities in our analysis represent only 35 percent of total innovation centers.

In our research, we identified four main types of innovation centers:

However, technology isn’t the only sense of urgency fueling innovation centers. We learned that while 65 percent are focused on gaining access and exposure to latest technologies, 35 percent are also driven to get a deeper understanding of customer needs.

Many organizations are solving the issue of embracing innovation by partnering with or acquiring technology startups, but too often this is a sole focus. A more equal balance between external and internal thinking is required. Innovation centers are proving an effective means to cultivate the agile startup mentality needed to remain at the forefront of the market.

To deploy successful innovation centers, we found that the most successful companies, thus far, prioritize the following strategies:

In many ways these innovation centers are like startups. They launch with the hope of doing great things. And though scores are in the early stages, some are already seeing favorable outcomes. For example, the integration of Walmart Labs within the larger Walmart global ecommerce unit, that is running the company’s global websites, enables e-commerce innovations to be seamlessly plugged into its online sites. A team at the Walmart Labs helped develop Walmart’s internal search engine in just nine months, which drove a 20 percent increase in online sales conversions.

AT&T has established a network of ‘Foundry’ innovation centers in various locations, including Silicon Valley, Plano, Atlanta and Israel. AT&T’s Foundry has, among other things, cut the time from idea to launch. More so, collaboration with startups has produced successful solutions such as a personalized video bill service and self-optimizing network. The Foundry helps to drive a culture of innovation and creativity into the larger AT&T organization, and move AT&T from a telecom to a technology company.

Read Next: Try to kill your startup before you start