As the latest Star Wars movie, Rise of Skywalker, draws nearer, the branded items are starting to come out in force (no pun intended). One of those revealed today is a set of branded cookware from Le Creuset, which includes one item in particular that aims a blaster right at your poor wallet.

Disney execs have dubbed today to be “Triple Force Friday,” a day when they reveal their new toys and merch ahead of the film’s release. Le Creuset’s new products were part of this, presumably targeted towards a more mature breed of fan.

And I admit, they look pretty good. We’ve got Millennium Falcon trivets, a Porg pie bird, a round Dutch oven with Darth Vader’s helmet etched into the lid (a comparatively subtle design too), and three mini cocottes painted to resemble each of the series most famous droids. See the collection for yourself in this video:

Probably the most attractive is the Han Solo Roaster, which depicts the famous smuggler’s carbonite form on the lid. It won’t come cheap at $450, but damn is it cool to look at.

But the most exclusive and expensive part of the collection wasn’t even announced with the rest. It got its own special promotional video. I give you… the Tatooine Round Dutch Oven:

This 3.5 quart Dutch oven is hand-painted enameled cast iron. Le Creuset reports it’ll only be making nine of them, in reference to the nine films in the Skywalker saga. And gird your loins: according to the store page, this little beaut will set you back a whopping $900.

Just for the sake of comparison, a non-Star Wars 3.5 quart enameled cast iron Le Creuset Dutch oven (try saying that five times fast) I found on Amazon costs $350. That’s still a high price, but much less than the princely sum its demanding for the Tatooine Dutch Oven. I’d only give that much for a piece of branded merch if the proceeds were going to charity.

But you and I both know nine Star Wars superfans out there will gladly shell out 900 credits for this madness.

I’m curious about the fact that the least-branded piece of cookware costs the most. Maybe this is a mark of my failing as a fangirl, but I’d have to look at that Dutch oven for a very long time before it clicked for me that the two blots of color are supposed to be Tatooine’s twin suns. The Millennium Falcon trivet or the R2-D2 mini cocotte are instantly recognizable and yet are comparatively inexpensive ($20 & $30, respectively). 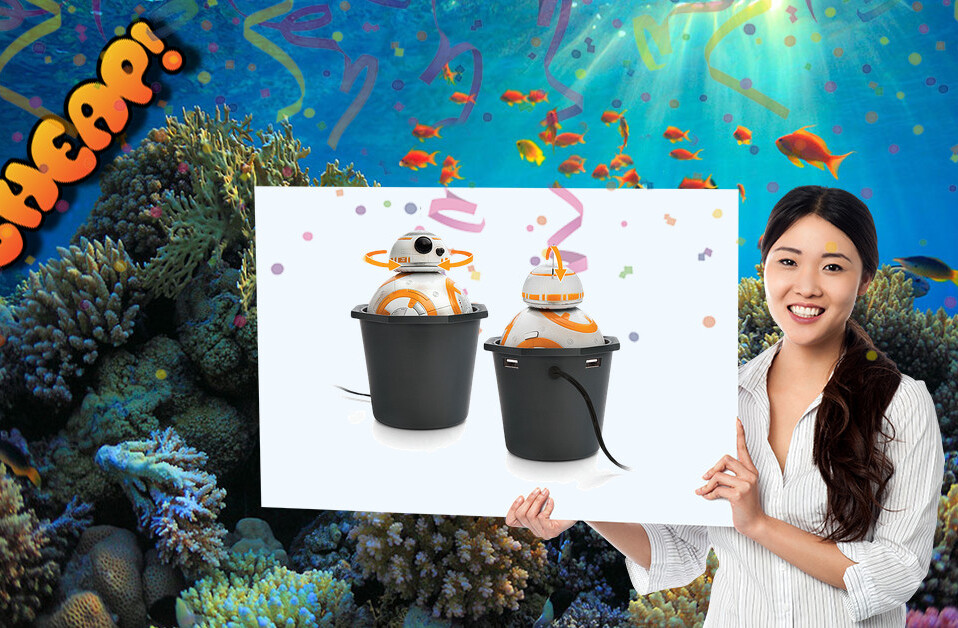