Late last year, music-streaming service Spotify promised that it would roll out in-app merchandise listings in partnership with Topspin — and today the company has delivered (hat/tip Music Ally).

From now onwards, all artists can list their merchandise — including t-shirts, vinyl, posters, bundles among others — to all of their fans and followers on Spotify, for free.

We’re excited to announce that artists can now list their merchandise on @Spotify, for free! http://t.co/JnjoTwfx1h

This means that there will be zero fees or commission from Spotify or Topspin, making it more of a value-added service that the company is rolling out to attract more artists to its platform (or maybe appease them, as after all much has been said about how much or how little streaming services actually pay artists who host music on their platform).

Spotify says it has been testing the functionality with a number of artists over the last month, and the “response from fans has been fantastic.” Mark Williamson, director of artist services at Spotify, says:

We’re really excited that Spotify’s 24 million music-loving users can now see merchandise and concerts while listening to their favorite artists, and that we, in turn, can provide additional revenue opportunities for artists of all sizes.

The merchandise listings within Spotify link to an artist’s existing merchandise anywhere on the Web — which means artists don’t have to change the way they sell their merchandise. All artist managers have to do is create a Topspin Artistlink account, go through verification, and get the listing moderated and approved before it will show up on the artist page in Spotify. 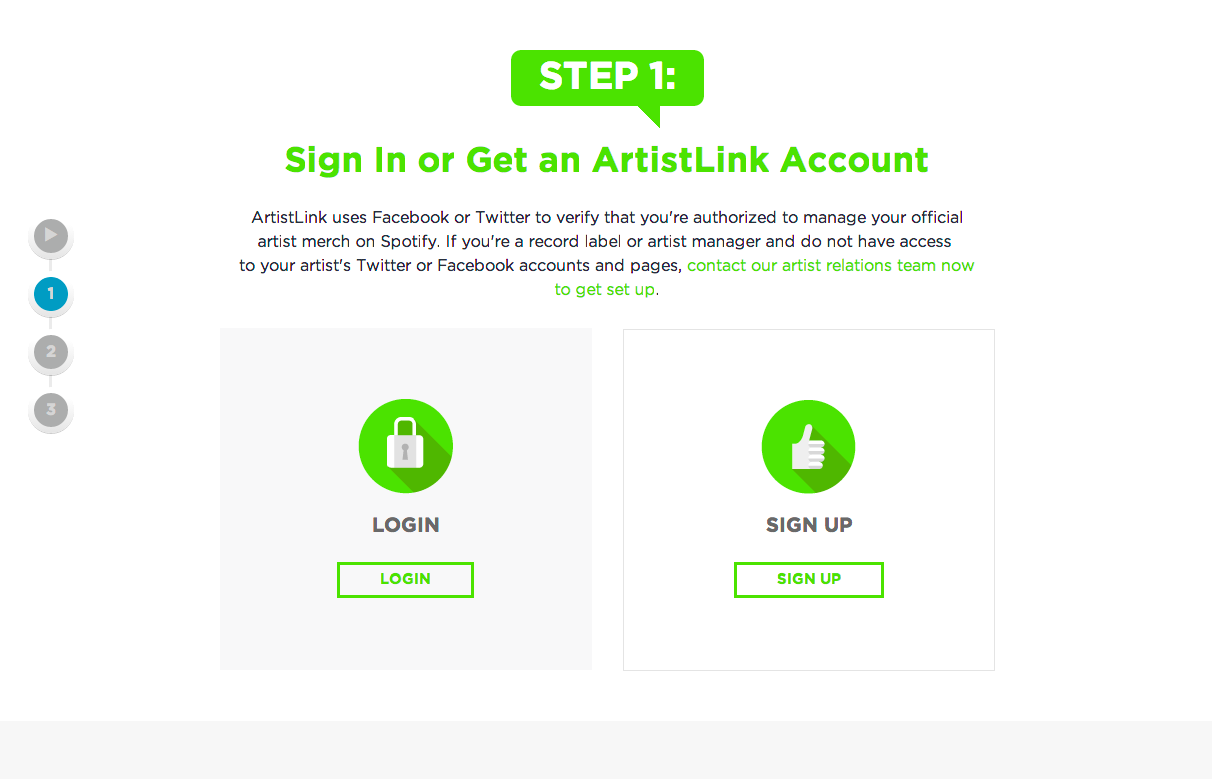 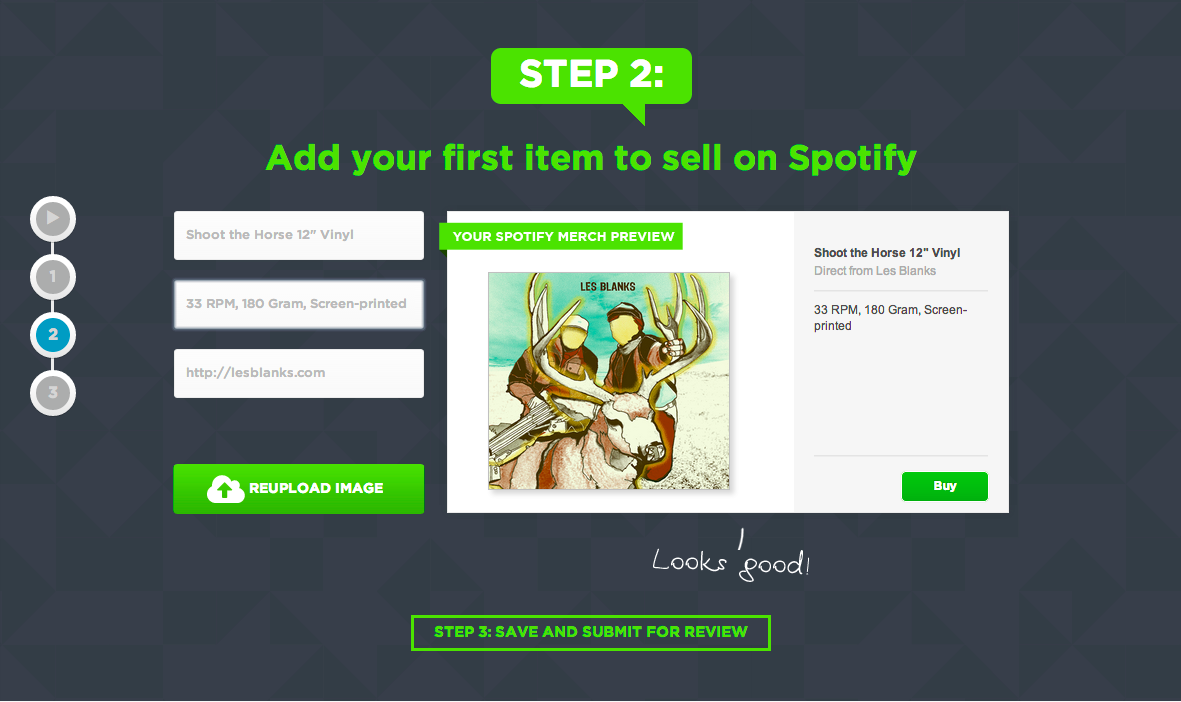 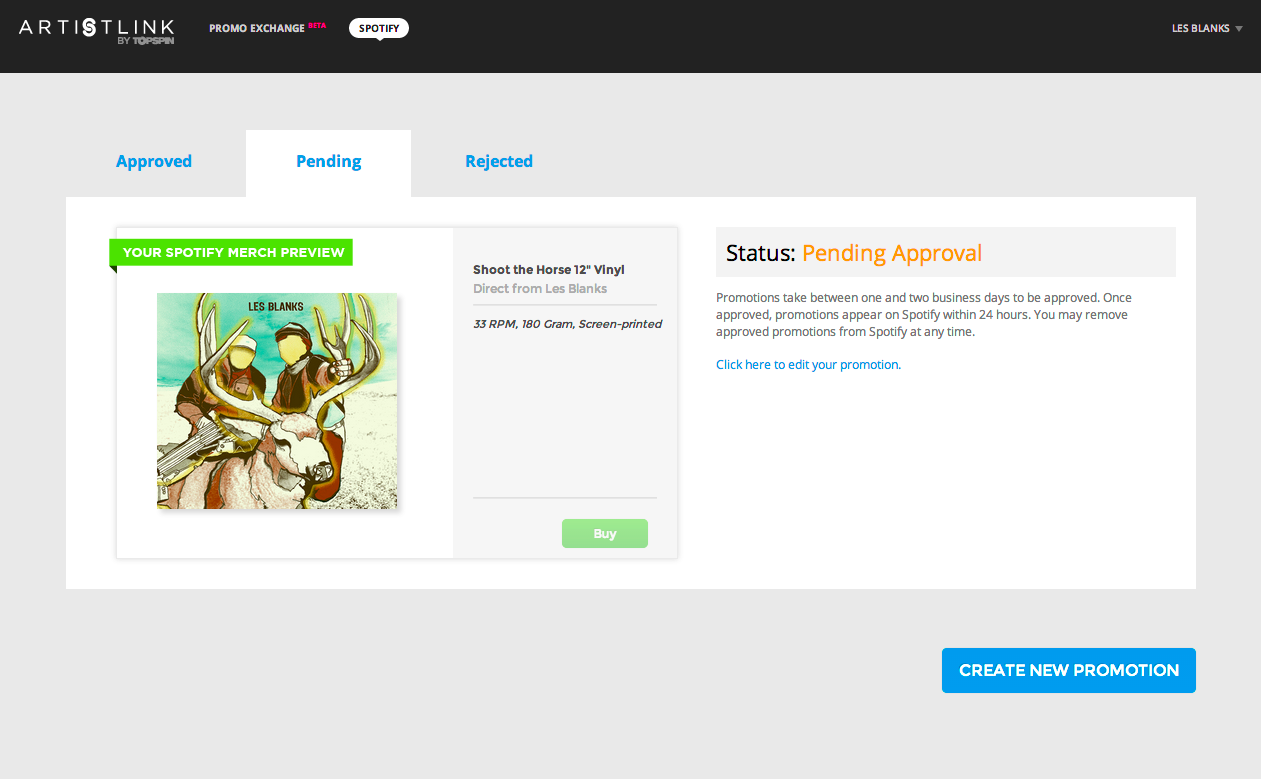 For now, only users in the US, UK, Ireland, Australia, New Zealand, Denmark, Sweden, Norway and Iceland get to see the merchandise listings. However, artists from anywhere in the world can put up their merchandise on their page, if they want to target users from these countries as well.

Last month, Spotify also introduced concert listings right inside its platform, for free — which let all Spotify users see when artists are performing in their areas and click to buy tickets immediately.

These moves come as Spotify is working hard to boost its relationships with musicians — in an effort to address criticism and provide greater transparency, Spotify also recently launched a website explaining how its business model works.