This article was published on December 6, 2013 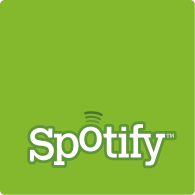 Music streaming service Spotify only has a free desktop version — its mobile version is limited to paying subscribers — but that could change soon. The Wall Street Journal reports that Spotify is planning a free, ad-supported mobile version of its service and has already reached licensing deals with three major recording companies — Sony, Universal and Warner.

The new free mobile offering will reportedly let users play a limited number of songs on demand, but will mainly play music based on the user’s input, similar to how Spotify Radio works, something the service has had as one of its earliest features. Spotify Radio was rolled out to iOS and Android last year.

A Spotify spokesperson declined to comment when contacted by us.