SoundCloud‘s founder Alex Ljung was one of the most anticipated speakers at International Music Summit (IMS) Ibiza, the three-day conference that gathered professionals from the electronic music industry. In a keynote interview, he got grilled by UK-based journalist Craig McLean on a series of relevant issues, from revenue sharing to rights issues.

While Ljung somewhat dodged difficult questions and declined to disclose new numbers, he still made interesting comments on SoundCloud’s past, present and future. It was also quite revealing to see some negative comments being posted on Twitter during his talk, highlighting the end of the startup’s honeymoon period with the electronic music community. 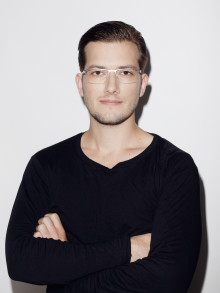 One of the hot topics was the controversy around potential content takedowns of derivative work, such as DJ mixes. Ljung reminded the audience that copyright was a complex issue, but also that SoundCloud was navigating uncharted territories, which required a sizeable amount of work.

“We’re actually trying to change things quite significantly,” he later said, in reference to his company’s effort to adapt to the democratization of content. “The challenges around solving this space are a pain that we feel as well,” he confessed.

Likewise, music labels have often been a thorn in SoundCloud’s flesh. Last year, the Financial Times reported that its negotiations with Universal had reached an impasse. Earlier this month, we learned that discussions with Sony had broken down, leading the major to remove original recordings from the SoundCloud pages of several of its artists. The crux of the matter is money, and was summed up earlier at IMS Ibiza by Patrick Moxey, founder of Sony-owned Ultra Music: 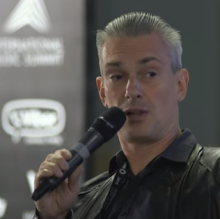 “I think that SoundCloud is fantastic because there 100,000 creators uploading new music to [the platform] every night, but what do they pay artists and writers right now? Little to nothing. Will they pay anybody anything in the near future? Not really,” Moxey said.

Ljung’s indirect answer was to warn against unfair comparisons and misguided hopes. “Thinking that if we didn’t have ad-supported [offers], everything would be subscription[-based] is not a useful way of thinking, because it is not true,” he said. “Just because you can get one price from somebody doesn’t mean you could get it from everybody,” he cautioned. This vision also guides SoundCloud’s monetization strategy, which will soon rely on a mix of advertising and subscription revenue.

According to Ljung, SoundCloud’s first decade can be divided into three chapters: “Our first chapter was building great tools for artists; the second chapter was [answering] “How do we open the platform more to listeners so that creators can really use it to build an audience”; and last year was the first step of this third chapter with ‘On SoundCloud,’ which was all about starting to monetize content,” he explained.

As you may remember, On SoundCloud is the name of the revenue sharing program that the company launched in 2014 to help creators monetize their tracks. However, monetization is still limited: ads are only displayed in the US, and the ad sales team is reportedly small (“three or four” sales reps in the words of Moxey). As McLean noted, this makes the whole attempt feel quite tentative, and doesn’t help soothe creators’ fears.

In a sense, rumors that SoundCloud was valued north of $1 billion didn’t help either, with some complaining of not getting payback out of its apparent success. Ljung was quick to dismiss the perception that the company was rolling in money: “It’s nothing material until there’s substantial revenue generation built around that,” he said.

He also noted that SoundCloud’s decision to take VC investment and postpone its own revenue generation followed the same logic: “If we were monetizing more there would be more payouts as well, but we also want to make sure that we are doing that in a smart way, not just plastering banner ads all over the place and ruin the great experience that SoundCloud is.”

What’s next – and what’s not

Ljung insisted on SoundCloud’s ability to quickly ramp up the monetization side of its activities over the next couple of years. Besides On SoundCloud, one of its key elements will be the subscription service that it still plans to launch “this year.” As we previously reported, Warner Music Group is already on board, and more are expected to follow, although Ljung declined to comment on ongoing negotiations with other labels.

Asked to comment on Spotify’s recent expansion into video, Ljung declared that following this path wasn’t on SoundCloud’s roadmap, as the company was wary of spreading itself too thin. “We have a passion for music and the format of audio. We want to build a great listening experience and anything we’ll do can’t compromise on that,” he told.

This focus was also reflected in the recent official launch of SoundCloud Podcasts, which make it incredibly easy for anyone to host their podcast on the platform. Talking to TNW off stage, Ljung said that this new feature had been “very well received.”

While SoundCloud wants to be open to all kinds of audio and creators, it still doesn’t plan to add a music retail store, Ljung told a musician during the Q&A session. “We took the decision not to focus on things that will be stable or declining [in the near future],” he explained, describing SoundCloud’s focus on streaming and ads as a trade-off. In that respect, he made it clear that he didn’t expect artists to put all of their music on SoundCloud: “We’ve been very flexible to tell creators (large or small) to do what makes sense for them, and decide what to share or not,” he reminded.

The overall impression that transpired from Ljung’s interview and comments around it was that SoundCloud had opened Pandora’s box by starting to share revenue, as it shifted the creators’ attention towards payouts. It was easy to see how this could be frustrating for the company’s founders, who started out as creators themselves. Ljung not only emphasized this point, but also the platform’s popularity, with 12 hours of music being uploaded any minute.

Perhaps more importantly, he tried to drive home the message that SoundCloud’s challenges weren’t small, as it was on a mission to solve bigger problems on behalf of the creative community. While Ljung seemed hopeful that electronic music creators would understand SoundCloud’s perspective, it remains to be seen whether this will be enough to win back their hearts. You can watch the full interview here to form your own opinion: 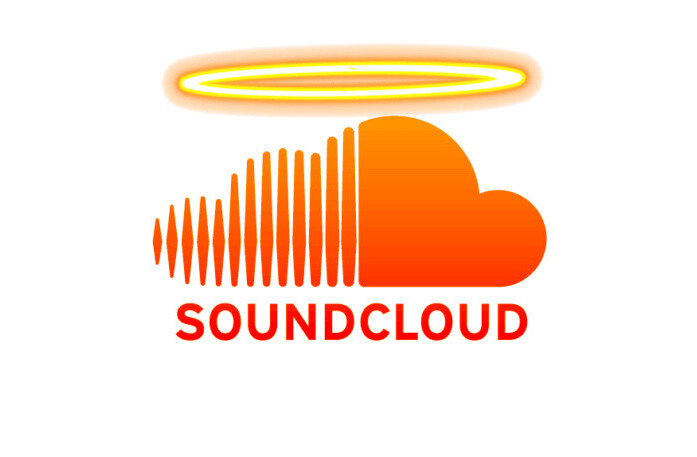