I’ve been a Snapchat power user for the past four years. But, because Instagram has won my heart, I’m saying goodbye to the little ghost taking up 460 MB on my phone.

I first heard of Snapchat’s controversial disappearing messages back in December 2013. I was skeptical of the concept, but at the same time, intrigued.

So naturally, I went to the App Store and downloaded the app. I wasn’t sure what to expect, but because of its billing as the “next big thing,” I still had high expectations.

When I opened the obnoxiously yellow, mysterious app for the first time I was at a loss for words ー but not in a good way. I spent more than thirty minutes trying to navigate the unconventional UX. But once I figured it out and sent my first “disappearing picture,” I knew it was going to live up to its hype.

You could catch me using the platform almost every day; messaging friends, taking snaps with every weird Lens, and constantly checking everyone’s Story.

In fact, I was beyond power user status; I practically worked for Snapchat. I spent five hours creating the first geo-filter for my hometown. I told all of my business owner contemporaries to integrate Snapchat in their marketing plans. I even waited eleven hours in below zero, face-numbing NYC weather last winter to get a pair of the first Snapchat Spectacles. 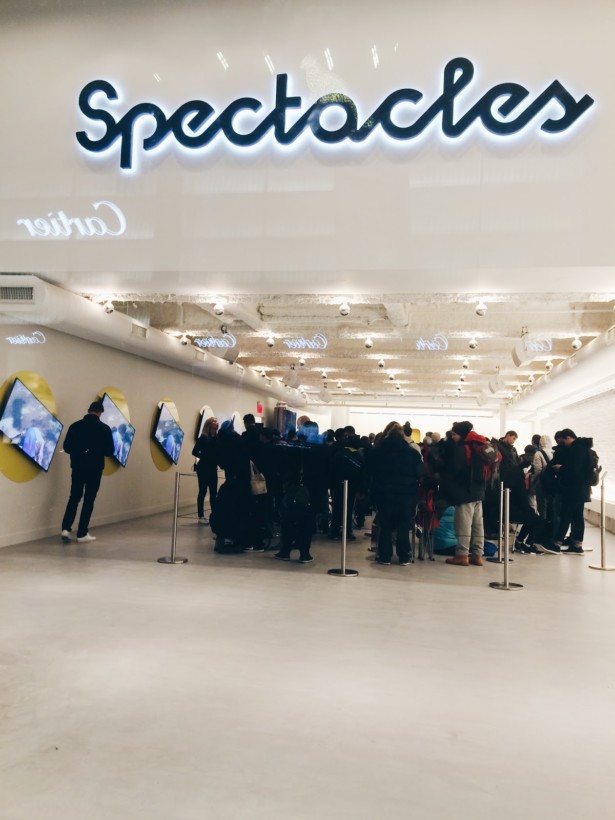 Then Instagram Stories came along. It just seemed like a stolen feature at first, but the thing is ー it forced people to choose a side.

Would you rather snap your acai bowl and show your four best friends? Or take an Instagram Story and show the restaurant, your followers, and the people scrolling through the Discover page?

I guess this shouldn’t come as a surprise. We like to post about how cool our lives are and want everyone to see it. Snapchat is for friends, but Instagram is for the world.

Instagram holds attention now. Back when Snapchat was a thing, I was excited to see new snaps from friends. What are they doing? What random-ness are they fitting in thirty seconds? What’s my favorite YouTube celeb up to today? Now when I open the app, I’m greeted by two snaps from the same people, and they both contain the same message, “streaks” —  one snap that’s sent back and forth every day, just for the sake of saying you and a friend have X streak. And when I swipe left to check out the recent Story updates 一 all of the snaps are random, behind the scenes looks at moments that were already beautifully captured on Instagram.

Don’t get me wrong, some are still excited about Snapchat. But on a platform designed for millennials, the only people remaining are adults — marketers, typically. These are the people still trying to push businesses all-in on Snapchat, specifically as a way to reach millennials who’ve long since disappeared.

Bye Snapchat. We had a great run, but now you’re just extra.