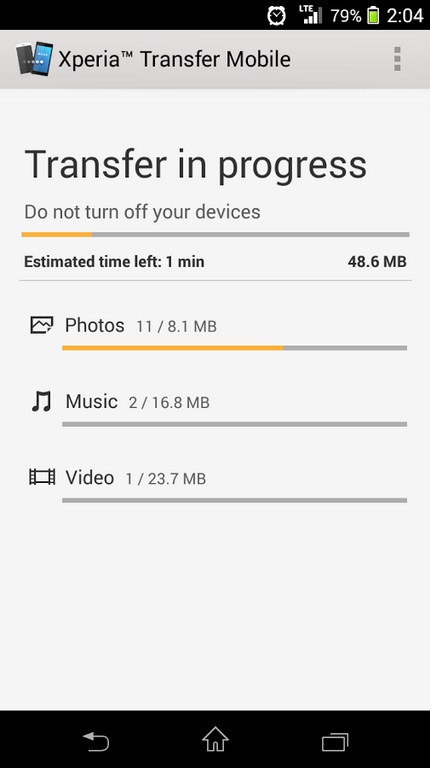 Motorola isn’t the only one giving iPhone exiles an easy way to transfer data to a new Android phone — Sony today announced its Xperia Transfer app which does the same, and a bit more too.

The Android app builds on Sony’s first Xperia Transfer service — then just for desktops and Macs — by making it super simple to import a range of data from iPhones and other Android devices, including: contacts, calendar, SMS, MMS, bookmarks, notes, photos, music and videos.

The app connects via WiFi or a cable, and even supports the transferring of apps from an iPhone. Any iOS apps with Android support will be installed on the Xperia device, while Xperia Transfer will suggest similar apps when there are iOS apps that are not available for Android.