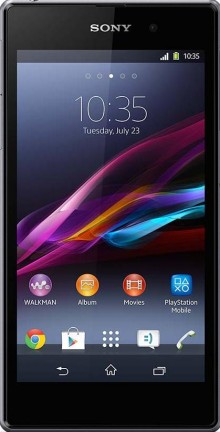 While Android KitKat may be (very) slowly rolling out to Android, some handsets are still just getting the previous version of Android – 4.3 Jelly Bean – as we speak. Indeed, today Sony announced it’s rolling out for the Xperia Z1 and Xperia Z Ultra handsets.

Of course, you’ll be getting the company’s own brand of Android 4.3 which means there will be some tweaks and customizations. For example, Sony’s now bringing its ‘Smart Social Camera‘ to the Xperia Z Ultra, having previously been available on the Xperia Z1. In addition, Sony’s giving its armory of native apps an upgrade, with tweaks to Messaging, MyXperia, Smart Connect, Small apps, TrackID, Sony Select and its range of media apps.

The timescale for this rollout will vary by carrier but it’s happening from today, and it says the upgrade will be hitting other Sony Xperia devices shortly.