Entrepreneurial activity is as fervent as it’s ever been. As a venture capitalist, I’m constantly meeting people who tell me they want to start a company.

Successful founders – the ones that eventually become serial entrepreneurs – are a breed of their own. After almost 28 years of meeting, partnering with, and coaching some of the most amazing founders of today, I’ve discovered a pattern of several significant attributes that lead to success.

There are no ordinary founders, they are all extraordinary in some way, and the most successful founders are usually exceedingly extraordinary. Whether it’s their personal story about how they got to where they are (child prodigy, perhaps? Or a unique personality that overcame the odds?), or their unequivocal passion to change something for the better – there are unmistakable qualities that define the founders I am more inclined to back. 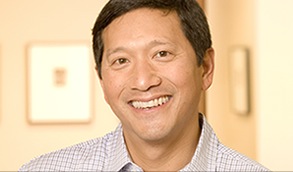 If you have an idea and want to start a company – you’re one step ahead of the pack. To get even further, I’d suggest applying these 9 key attributes into your founder’s toolbox.

1. Have a positive motivation

You’d be surprised the number of people who come to me and say, I want to start a company — without an idea for a company. This isn’t enough. The most successful founders have a driving passion and are compelled to change the world. Time and time again I’ve found the serial entrepreneurs are the ones who have this desire to change the world and have a clear vision on how to do it. The motivation cannot simply be a desire for the prestige of starting a company or the success. This is the foundation for a horrible company culture that will never survive. It has to be about having the vision, the passion, and the belief that they will change the world. I promise you, if you build a great company, the rewards will follow.

If you don’t have an idea or a passion – then my advice is to go work with someone else for a while. Learn about how to steer an engineering team, how to motivate and manage people, or how to spec a project on from concept to launch. The ability to do this on someone else’s dime is an incredible luxury. It’s also an opportunity to expand your network (which you’ll need when you eventually start that company).

2. See patterns where others see chaos

Part of my job as a venture capitalist is to identify patterns before they become clear. I try to see what’s happening on a macro level and identify the right themes in which to invest. The best entrepreneurs are the ones who come in and not only see but also articulate the patterns in the market when around them is chaos. Opportunities arise out of emerging patterns before others can see them. If the path were clear, everyone would do it. Chaos is a good thing. In the midst of confusion, great entrepreneurs see the future as clear as day and they feel compelled to realize that future. They’re the ones who come in and complete the sentence, “Imagine a
world where…”

In the beginning, there really isn’t anything but the idea. All founders have is their belief that their idea is right. They can’t have any doubt, because if they do, people won’t follow them. If there is one inch of doubt in your mind, you won’t be successful at assembling a team of people to jump on board with you – from investors, to rock star individuals that likely already have a better paying job. You have to show them that without a doubt, this company and this team will be a success.

This is a big hurdle to overcome, and it only comes with having a passion and clearly understanding the pattern (vs. getting lost in the chaos). You need to convince people that what they’re doing isn’t nearly as exciting as what you’re doing. You have to have to clearly articulate your vision like an evangelist. You have to will the company into existence.

If someone comes in to meet with me and says, “I’m not sure I’m gonna do this. Are you interested in it?” (Which, believe it or not, happens), I know it won’t work. I have to get infected by their passion. I have to want to be on their team.

All too often people will say, “How do I do market analysis on a market that doesn’t really exist?” In my opinion, when you’re putting your time, energy, and reputation into starting a company, arguably you’re making as large an investment if not more, than I am. You owe it to yourself to do your homework. You need to find out what the competition doing, how big the market is, what the 20 obstacles that you must overcome for success are, and, of course, why you will succeed. It’s important to put together the whole landscape of what you’re counting on for this to be a successful venture.

If you don’t do that, you’re cutting yourself short. I mention this because it’s kind of amazing to me when I meet entrepreneurs and they really haven’t done any homework on how big the market size is. Or, you ask them about what is this person doing, or what is this company doing, or have they heard of this or heard of that, and they say, “No, I haven’t really done any of that research.”

Not all entrepreneurs make great leaders. The ones who clearly articulate a strategy and a purpose are the ones who generally surface as long-term leaders. Great leaders and leadership happens by example. If you take off for a three-hour lunch or leave everyday at 3:00pm to hit the gym while your team toils away through all hours of the night, you’re not setting a good example and it’s a short-term recipe for disaster. If your team sees you working just as hard or even harder than they are, they’ll be more willing to put in the long hours and support you on your journey.

6. Never compromise on the team

As the saying goes, there’s no “I” in team. You’ll also note there’s also no “I” in founder or entrepreneur. However, the most successful founders recognize that they win when the team wins. I can’t stress how important it is to be able to understand that you win as a team and are productive as a team.

Hire great people, give them the responsibility to succeed, and recognize them when they do. Don’t compromise on people. Great people want to work with other great people. If you want a mediocre company, just hire a few mediocre people and step back and watch it dwindle out. Great companies come from great people and great teams. It seems obvious, but I’m amazed how often CEO’s don’t act on marginal performers. They can become a cancer to an otherwise healthy company.

7. Solicit advice and be decisive

The most successful founders are the ones who ask for advice on key decisions and come back with their own, well-reasoned decision. The ones who end up being less successful are the ones who either ask for advice and do as they’re “told,” or on the flip side, are the ones who don’t ask for any advice at all. A great CEO will solicit opinions from differing points of view, process the information and make a decision. The key, ultimately, is to make clear, timely decisions with as much relevant information as possible. It’s important to also understand that not making a decision is in itself making a decision. You won’t always be right, but being decisive
is important. When you’re wrong, fix your mistake as quickly as possible and move on.

8. Commit to the vision

I’ve seen some amazing results that have carried the culture of a company simply from founders and CEOs committing to the vision. John MacFarlane, the CEO and founder of Sonos (one of our portfolio companies) has a vision of filling every room in the house with music. He is passionate about wanting people to rediscover the joy of music.

John is incredibly committed to the vision and is willing to do whatever it takes to fill the Sonos customer value proposition. He’s able to hire some of the best people around the world purely based on his commitment to the vision. Despite having been extremely successful as a company, it all happened because John is determined, focused on the vision and leads by example.

9. Never ever, ever give up

There are so many reasons why a start up company should fail. Larger companies have the resources, the people and the money to survive. The reason why start-ups do succeed is because someone has a nugget of an idea, a passion to make it work, and the people who are dedicated to the vision, as well as dedicated to adjusting along the way to make it work. It’s rare that a company we invest in turns out exactly the way the original business plan envisioned.

The most successful founders are the ones who, when up against a wall, will stay up all night trying to figure out how to get through it, and when they wake up in the morning they’ve scaled the wall and figured out the solution.

Exceptional founders are those who go on to become serial entrepreneurs. They are able to do so because these essential attributes afford them the skills and practice to be successful for the long haul. They are the visionaries, evangelists, innovators, leaders and team players that make tomorrow better.