Snapchat is toying with the idea of introducing video and audio calling and stickers to its chat, according to a number of leaked screenshots.

While the features are already embedded in Snapchat’s existing code, they are invisible and can’t be accessed by users. The fact they appear to be in testing at the moment, though, is a signal about how the company is planning to take its service forward.

After concerns from advertisers that there’s a lack of data available for targeting ads and the failure of its paid filters option, the company could be looking to new monetization possibilities within the messaging sphere by taking on the likes of Facebook Messenger and WhatsApp.

The company recently slashed the cost of its ads by $600,000 and started bundling up users in a bid to win over more advertisers. It also now allows brands to link to their Snapchat channels and content on Facebook and Twitter, making up for its own lack of data analysis by enabling users to use click-through rates from other sites as a method of working out their own stats.

Snapchat’s CEO Evan Spiegel has mentioned in the past that he admires other services like WeChat as well, so it’s not surprising that with Alibaba on board, the company might start drawing inspiration from the big Asian messaging apps, which make millions through selling branded stickers.

Under the name ‘ChatV2,’ the screenshots show a new interface that resembles Facebook Messenger and new buttons that allow the user to begin a live audio or video call. 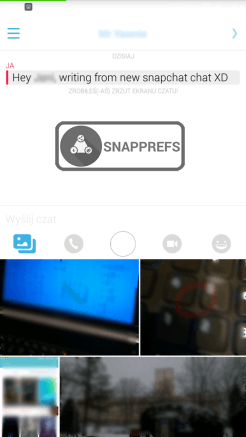 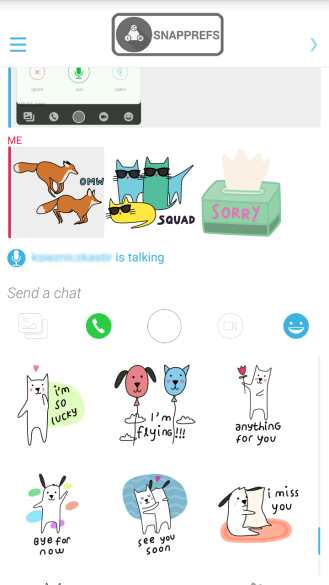 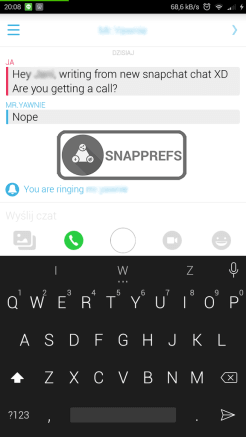 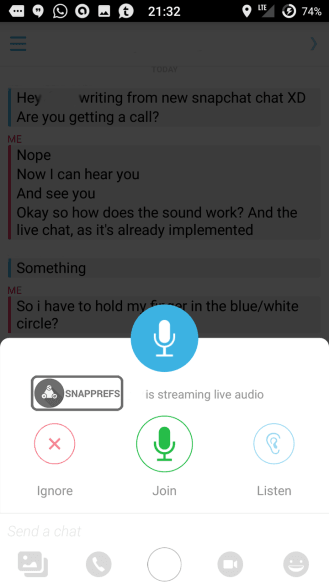 You can already send text and photos to friends via chat, but the new call features appear to allow users to call people who might not be on Snapchat at that precise moment. They are alerted via a pop-up that allows them to join the call or ignore it.

You can also see new indicators in the screenshots that show whether the recipient of your messages is watching or typing as well.

The stickers alone add a new flare to Snapchat’s messaging service, although emojis probably would have been a more obvious choice. The fact it appears to have gone with stickers instead seems like a clear indication that the company intends to attempt making it a paid-for feature in the future or to add a sticker store.

If stickers were to become paid products, it would also add another layer to Snapchat’s advertising possibilities, allowing brands to sell sponsored stickers or packs.

Even if Snapchat made all of the new features available at no additional cost, it would certainly increase engagement on its already thriving app and that alone could be something that will entice more advertisers. Snapchat claims it already gets over 6 billion daily views on video content.

Whether the company intends to ever release these features remains to be seen, though. We have contacted Snapchat for further information and will update this post with a response.