This article was published on November 30, 2016

Making your bed is one of the easier chores there is. You just grab your duvet, lay it flat, and then fold it across the middle. It takes about thirty seconds. And of course someone’s trying to automate it with a nifty smartphone-enabled gadget called SMARTDUVET.

According to the KickStarter page, SMARTDUVET consists of two separate parts. The first is an inflatable sheet that sits snugly between your bedsheets and your duvet. This is connected to a smartphone-controlled air pump. If you want to make your bed, you only have to open the SMARTDUVET app and tap a button. You can also schedule it to run on specific times. 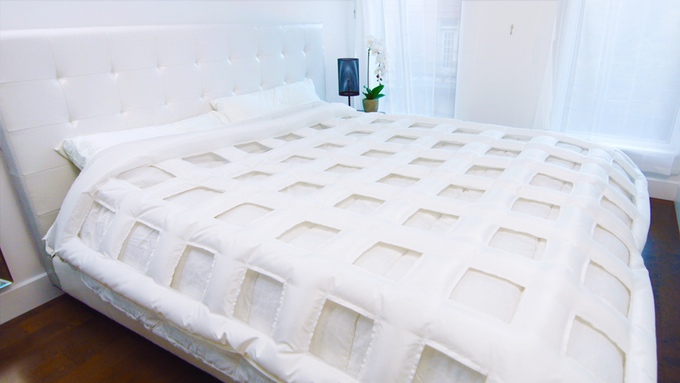 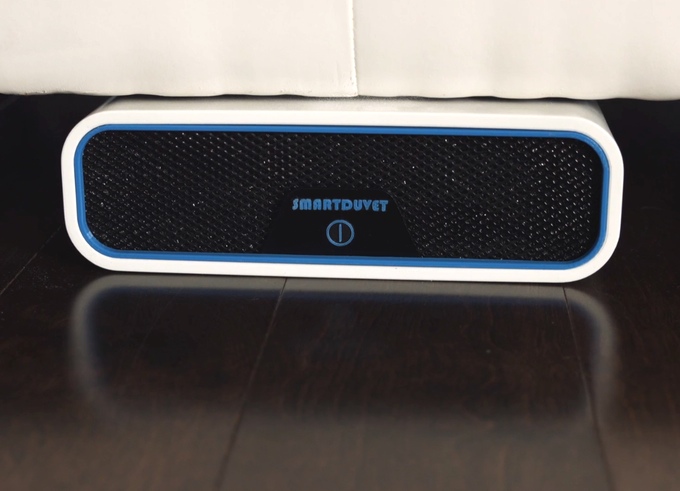 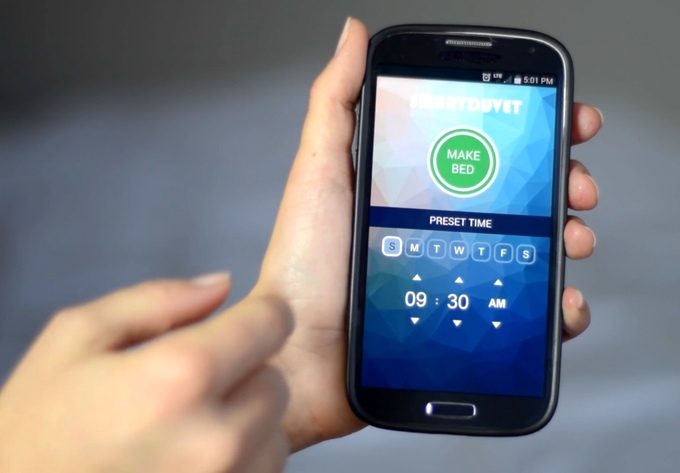 I’m not going to lie. I kinda love the idea that someone loathed this particular household chore so intensely, they decided to invest an insane amount of time, effort and money on creating a product that does it for them.

But while it’s super easy to be cynical about the SMARTDUVET, for people with disabilities or reduced mobility, it’s likely to be really helpful, and will allow them to make their own bed without the need for any assistance.

If everything goes well (remember, it’s a KickStarter, so there’s an element of risk involved), units will ship by May next year.