We’ve all heard horror stories from people who’ve rented out their apartments on Airbnb, only to later discover them completely trashed.

In December, an American artist living in London rented our her flat to what initially appeared to be a young woman wishing to celebrate the New Year in the city. Instead, her property was the site of a raucous New Year party. The artist, Ela Boyd, returned to find her furniature destroyed and her belongings stolen. The revelers even urinated on her bed, and wandered around her complex wielding machetes.

And in 2015, a Canadian couple, Mark and Star King, rented out their Calgary home to four purported tourists, only for a 100-strong party to erupt. The Guardian reported that police found a trail of “destruction, liquor and mayonnaise,” which actually sounds really fun.

The good news for people like Ela Boyd and the Kings is Airbnb has robust protections for hosts. Airbnb covers hosts for as much as $1,000,000, and allows them to collect security deposits in advance.

But this coverage isn’t absolute, and isn’t a replacement for an insurance policy. One of the most intriguing insurance tech products targeting the sharing economy is Slice, which today launched a product intended specifically for those renting out their apartments on sites like Airbnb.

Slice offers on-demand homesharing insurance. So, rather than paying up-front for a policy that lasts the entire year, hosts can pay on a day-by-day basis. As Slice CEO Tim Attia explained, “We want to build a product for the on-demand economy, where you press a button and something happens.” 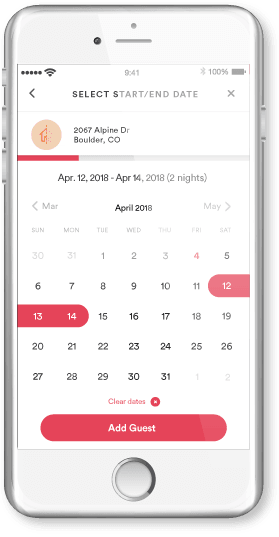 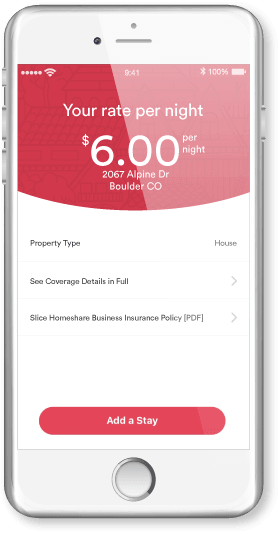 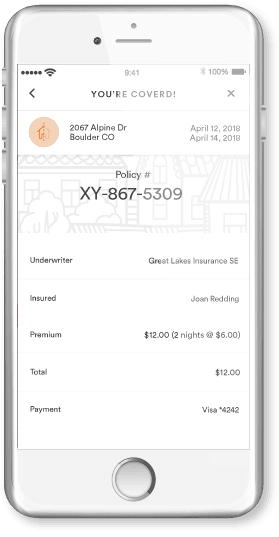 This is evident in the sign-up process, as explained by Attia. Unlike a traditional insurance policy, where you will have to answer a mountain of questions, Slice just asks you for your property address, the type of rental you’re offering, and the occupancy dates. It will then give you a quote that can be as low as $4, and averages at $7.

“So basically, in typical insurance you fill out a form, and then you sign the application. You get a quote. You have a renewal. But we’ve eliminated the application — it’s not that we pre-fill data. We just don’t have an application.”

Slice’s coverage is what you’d expect from a decent insurance policy. It covers $2 million in commercial liability, damage to neighbor’s properties, income replacement, and the full replacement of the property.

Another quirk of Slice is that it’s not merely intended for catastrophic claims, like those mentioned above.

It covers the more day-to-day stuff that’s an essential part of opening your home to strangers. If a guest runs up an obscenely large utility bill, steals or damages your property, or even introduces an infestation, you can make a claim through the app.

Because Slice doesn’t charge hosts a deductible per claim, the company paid out a lot of small-value claims during its trial run, including some as low as $40. This is something Attia is proud of, saying he “wants to create a platform for fairness.”

Slice’s on-demand homesharing insurance launches today. Hosts in CA, CO, FL, GA, IL, IA, MD, MA, NJ, NY, OH, TX and WA can sign up for the service, either through their browser or through the Slice iOS application.