Skyscanner, the flight and travel website, is undermining competitors with its well-designed mobile app, proving that the mobile audience should be a focus for growth.

Skyscanner has seen seven million downloads since it launched its first app for iOS last year and business is growing steadily for the Scottish company. Late last year the company hit five million downloads and users ratings average at four and a half stars across both iOS and Android.

Skyscanner CEO Gareth Williams is very pleased with the current state of growth. “It’s been really fun recently. We’ve been going for quite a while so it’s really good that as we get bigger and bigger in terms of people, there’s a great buzz about what we’re doing.” 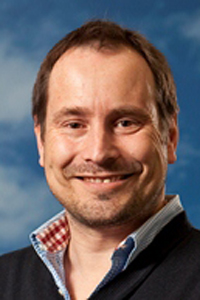 Getting a travel business to grow is not easy, the frequency with which users come to a site is habitual and more normally does not happen too often, “One of the things about online travel is that it’s hard to be like Twitter,” explains Williams. “If you use Twitter you use it every day, if you use SkyScanner, typically you might only fly once or twice a year.”

So for a service that is seasonal, depending on the travel habits and more often vacation habits of users, having patience is key to steady expansion. “The biggest factor is that we concentrate on is repeat visitors and we manage to live with doubling each year rather than growing x10. It requires a commitment to a direction rather than a fragmented approach,” says Williams.

“I see a lot of travel businesses that are set up to gain traction within one year. But it’s very difficult in this sector to be profitable in that time. Myself and my co-founders are not from a dot com background, we worked on what we thought flight travel information meant for us and the people we hired share the same vision. Get big instantly can be a blessing on the Web but it can also be a demotivator.”

Skyscanner opened an office in Singapore six months ago. All of the available marketing resource there is being put to mobile. Williams feels that the most important focus for user experience is on an app, and that people will also use us a website when it is more appropriate. 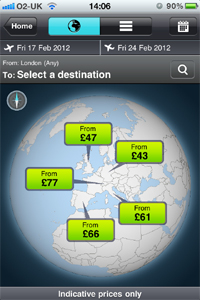 “That’s a hard lesson for us as we spent 8 years concentrating on the Web experience, but we learned that people are more inclined to use us if they have the app,” says Williams. “We have discovered that people might use us three times a year on the website but it’s more likely to be 6 times a year if they have the app installed. It’s a different pattern of user, but people are filling time browsing destinations and checking prices on the app.”

The current milestone for downloads is impressive and Williams says that providing a good app is the way to drive future business and even more app users. “We’re really proud we have had more than 7 million installs but we are also proud that the ratings both on iOS and Android. That value, customer loyalty and those ratings are what will drive repeat business.”

There’s nearly 4 billion seats flown every year around the world. That’s a lot of opportunity for growth and change. The challenge in the market is to make travel booking as simple as possible while still providing options for customers.

“People are becoming more demanding,” says Williams. “They want to see every single flight, they need to know the best time to fly and they want to be able to search on their intentions rather than translating it into what the machine wants to know, like airport codes.

“This touches on things like Siri and semantics, but it also about connecting flight and transport data into what is happening in the real world. Whether it’s flights or geotagging to beaches around the world. The intentions behind travel will be the next big thing for where loyalty for a travel brand will come from.” 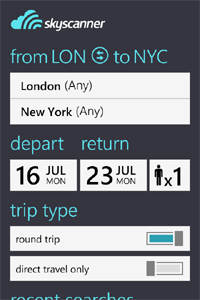 Surprisingly, Skyscanner also provides alternatives for people who are concerned about their carbon footprint. As an alternative to getting on a plane, people who prefer to remain grounded can compare options for train travel and Williams is interested in the idea of promoting telecommuting as a possible option depending on the reason for travel.

Skyscanner is working on some very exciting developments for search and discovery in this field. Soon it hopes to provide a more human way of providing the information we would like to have at our fingertips. As the company’s mobile stats are so healthy, it will not be a surprise to hear from them again soon with even more innovation.