Microsoft today updated Skype for Android with support for audio and video calls outside the app for tablet owners as well as general improvements for all users. You can download the new version now directly from Google Play.

Skype says this update makes its app the first one on Android to offer “a picture in picture window that lets you see your video call even when you switch away to other applications.” In other words, you can now multitask while you’re on Skype audio calls and video calls.

Here’s the feature in action: 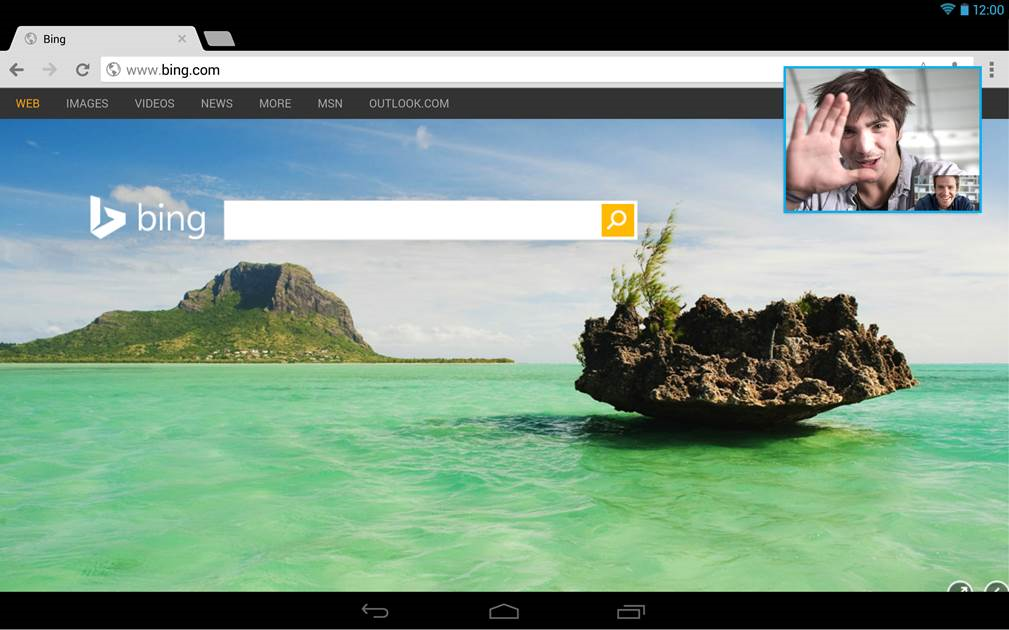 Unfortunately, this feature is only available for Android tablets. It’s not clear if Skype will ever bring it to phones, but it definitely makes more sense on the larger-screen devices than smaller ones.

Skype admits, however, that smartphone users will be prompted about giving the app permission to draw on top of other apps when they update. “We apologize for the inconvenience,” the Microsoft-owned company says.

Speaking of the Microsoft acquisition, Skype explains where this feature came from:

In the spirit of wanting to provide a common Skype experience across as many OSes as possible, our Android team sought out a way to develop an experience similar to Windows 8’s Snap View, but with an Android twist.

There’s no way of verifying if this is indeed true, or if Skype was working on this long before the Windows 8 feature was started.

Other changes in this release include:

Being able to multitask during audio and video calls, just like on Windows 8 and Xbox 360, is clearly the big feature here. We’re curious to see how long it takes for it to arrive on other mobile platforms, like iOS (highly unlikely given Apple’s restrictions), and of course Windows Phone.