Freelancers can rejoice, not because the tax season is upon us, but because there is a company launching its service in the UK that wants to make the process easier.

SimpleTax streamlines the UK self-assessment process with its online service, and it is recognised by HMRC so it will even file your return for you.

“SimpleTax was created with the needs of the UK taxpayers in mind,” said Celso Pinto, CEO of SimpleTax. “We have been analyzing the UK tax processes over the past year to develop a service that relieves the stress customers experience around tax season, while also saving time and money. SimpleTax is a culmination of this research and we’re excited to get it in front of taxpayers in time for the January 31 deadline.”

Pinto and his team created a similar system in Portugal last year that was well received. Part of the attraction is that the service will categorise items that provide tax breaks and it uses plain language to get you through the process.

“In Portugal it was a real blast, we weren’t expecting so many users,” he laughs. “We launched 15 days before the actual tax season and it was very cool. We had one taxpayer who was an 89-year-old man who had to file his tax return and used our service. He was so grateful and said he was actually able to understand it for the first time. We were really happy with that.”

The plain language and automation should simply tax returns be taking some of the complicated classifications out of the equation. “If users spend £1,700 on a computer then we take care of everything else so they don’t need to know that a computer goes into office equipment and is eligible for the annual investment allowance which is a capital expense,” Pinto told The Next Web. “It also can be used on something like the licence for software like PhotoShop. The user puts this in and we take care of the fact it goes into office equipment but that it’s not a capital expense.”

The process is automated, which brings expenses down considerably. SimpleTax software sorts through your input rather than having an accountant go through everything who would in turn require payment. 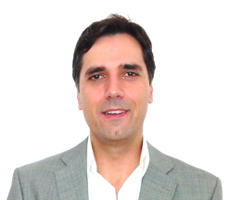 The automation process also helps those who sort out their tax returns through the year. “Whenever you change something on your tax return all the calculations are updated in real-time,” says Pinto. “Say you have an invoice from a customer you can see immediately what impact that has on your tax return. Through the year this is really cool, you can split an expense to see what the result will be.”

SimpleTax is similar to TurboTax in the US. When the service launched in Portugal, one in five self-employed taxpayers took it up and on average they saved around £250 per return.

Creating a SimpleTax account is free. SimpleTax is available free of charge for the first year, with subsequent filings costing £49 per tax filing. If users pay in advance for 2014, SimpleTax will provide 50% off.

Once tax returns have been completed online, the information can be transferred and stored for future filings.

SimpleTax took part in SeedCamp Week London in September last year. It then went on to receive funding and join SeedCamp’s porfolio. Pinto says that being a part of SeedCamp was very important for the company’s development.

“The process with Seedcamp helped everything. We met so many people who gave us a lot of advice so we were able to launch in the UK. In terms of partnerships, the people we were able to talk with came through Seedcamp’s connections. It’s been really good for us,” he says.

For now, the SimpleTax site relies upon users manually inputting the required details, but Pinto hopes that there will be ways to improve upon this, “We are looking to integrate with other software systems, any online bookkeeping services,” he says. “We want to plug into data from there so you won’t have to type anything.”

Now that the service is opening up in the UK, Pinto has an eye on further expansion across the mainland continent. “For now we want to make sure we can grow in the UK and in some point in the future we want to expand to more countries in Europe. We want to create a common platform for European taxpayers”.

Anything that might help to take the pain out a tax return is a welcome addition to a freelancer’s took box. Hopefully SimpleTax’s secure servers will be braced for the uptake of last-minute filings, but we wouldn’t leave it all to the last moment, right?