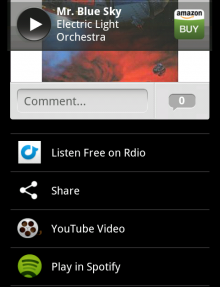 While Shazam users have been able to tap their Rdio account to listen to tagged songs for a while already, Rdio has just announced its taken this partnership a step further with the launch of a new playlist feature, which rolled out on an app update for Android and iOS last month.

According to Rdio, all your tagged songs will automatically be added to a new playlist in Rdio called “My Shazam Tracks”, which basically removes quite a few steps from you having to do it manually. It’s a nice feature for sure, and one that’s exclusive to Rdio – no word yet on whether Spotify will get this feature too.

You will, of course, require a Rdio Unlimited subscription, costing $9.99 a month, to access this feature.