It turns out there might be an intriguing correlation between how often you put your genitalia on display online and how much you enjoy your love life.

Online medicine retailer DrEd surveyed 2,000 people about their sexting tendencies and found out that daily sexters are much more likely to have a satisfying love life.

While the poll shorts stop of elaborating on what the reasons behind this trend might be, six out of 10 daily sexters indicated they feel “very satisfied” with their activities between the sheets. By comparison, only 19 percent of all people that sext once in a blue moon were able to say the same.

DrEd additionally discovered that while individuals in the age group between 18 and 24 are by far most active in the nude-sending game, adults above the age of 45 are also likely to engage in exchanging X-rated pics – though much less frequently.

In fact, while 40 and 36 percent of all American men and women (respectively) aged between 18 and 24 revealed they have sent explicit images to someone in the past, only 27 and 26 percent of their counterparts in the 45+ age group indicated to have done the same.

To give you some more context, men have a heightened proclivity for sending photos of their genitalia in contrast with women. Statistics showed that 29 and 21 percent of all male American and European surveyees indicated they’ve snapped pics of their private parts, compared to 8 and 11 percent for their female counterparts. 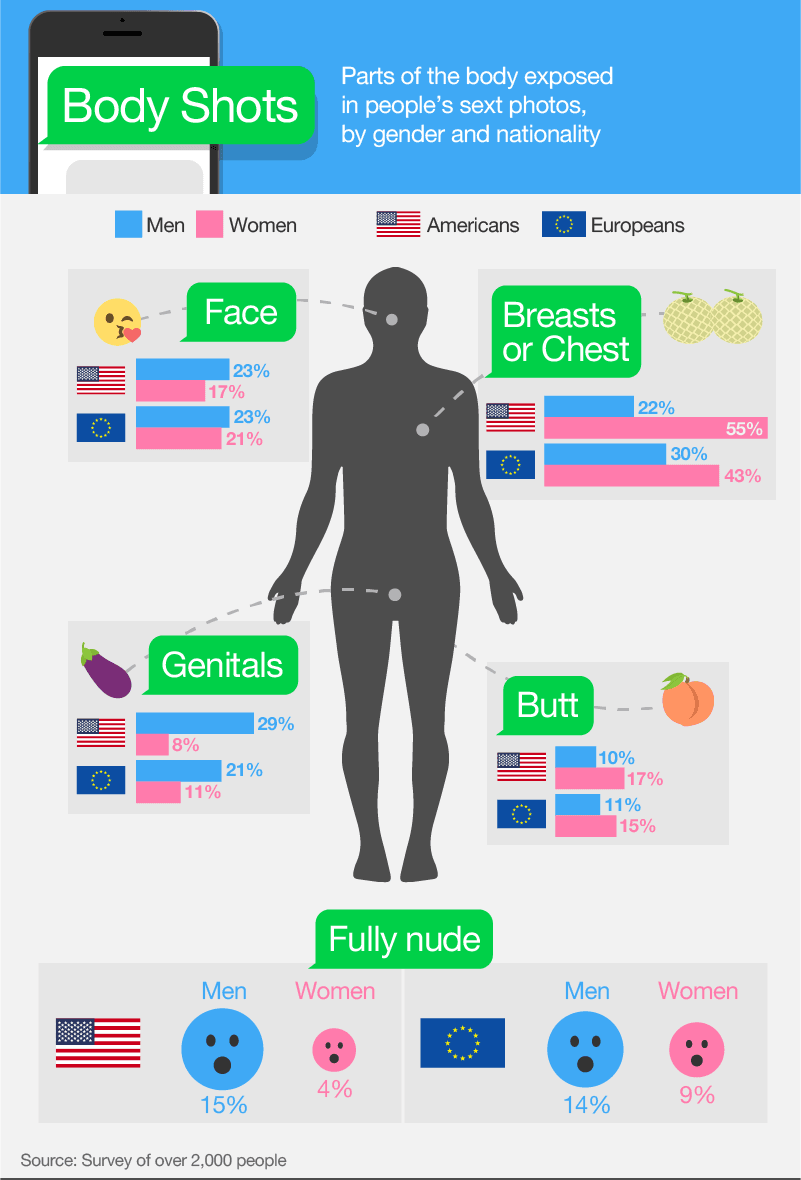 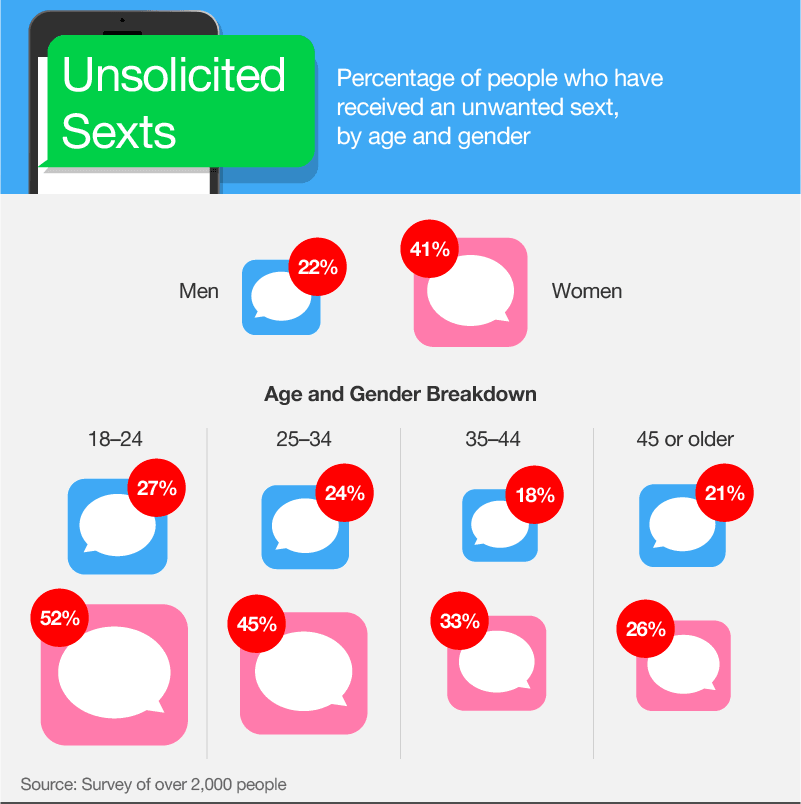 Let us know how accurately the stats reflect your personal experience and head to the DrEd blog for more insights about the impact of sexting on your love life.