When you think about how you’re interacting with your consumer electronics, it’s almost second nature for us to use some sort of voice recognition these days. While it’s arguable as to which system is “the best”, a company called Sensory is hoping that its unique abilities will set it apart from the rest of the field.

Sensory has been around a long time, beginning its business as a company that built both the chips and the software that ran them. As the chips have become more commoditized, Sensory has shifted its focus to providing a better experience for the end user, instead of being a supplier to the OEMs. I had a chance to talk with Bernard Brafman, Business Development for Sensory, and the demo that he showed me was pretty impressive. 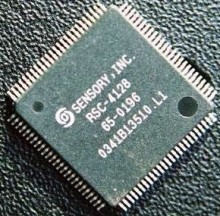 One of the most difficult problems for customization is the issue of identifying who is using the device, without having dedicated profiles that require a log in or log out. While customized services on a per-user basis are nothing new, the point of failure typically comes when you have more than 1 person using an account or device. For instance, my kids love to watch shows in Netflix, and so my recommended items typically end up being hours of cartoons and shows about zoos.

For Sensory, this is a problem that can be solved via voice. The company has recently announced the availability of its technology in conjunction with its existing platform, “TrulyHandsfree” (TH). What you get with TH is a powerful voice recognition experience, even in noisy scenarios (the room where I saw the demo had roughly 200 people in it, and was quite loud), but also one that knows who is talking.

When you consider the implications of voice-recognition that knows who’s doing the speaking, the possibilities are pretty huge. One of the first things that Sensory has done is integrate with Samsung’s new Galaxy S III, so that when you say “Hi Galaxy”, you’re actually speaking to Sensory’s software.

The next step for Sensory is to introduce speaker verification. Unlock screens? They might soon be a thing of the past as the technology spreads to more handsets. Taking that a step further, imagine walking into your living room and telling your TV that you’d like to see what’s on. Instead of flipping through a guide, your TV would know that it’s you talking to it, and it would provide you a listing of shows based on your preferences, no manual programming required.

Ultimately, when it comes to mobile devices, it’s a matter not only of convenience but also of safety and security. As more locations around the world ban the use of mobiles while driving (even while using a headset, in some cases) we’re going to have to find better ways to get access to the information that we want, while staying safe in doing so. Along the same vertical, imagine the power in having a phone that will only react to your voice, completely disabling itself from being used by anyone else.

It was another of the “living in the future” moments that I had at this year’s CTIA, and it’s exciting to see what Sensory is doing in the consumer products market. We’ll be watch the company closely, and you can keep up with all of our CTIA coverage by clicking here.