This article was published on September 6, 2015

It is well established that VC investing globally is on the rise, but there is increasing evidence that more of this money is landing in Africa too, as the continent is now deemed a less risky place for investors to put their cash.

Venture capitalists invested US$48.3 billion into US startups last year, the highest amount since the dot-com bubble burst back in 2001. Investment increased 62 per cent year-on-year. But what is evident in the US is also visible in Africa, to an even greater extent.

The Venture Finance for Africa Report – released by online funding platform VC4Africa – reported total investment in African startups last year increased by more than 100 percent to almost US$27 million. It might not sound revolutionary, but given these figures are just a drop in the ocean as they account for only startups listed on the VC4Africa platform, they are an indication of a greater trend.

In reality, probably closer to US$500 million was invested in African startups last year, notably large funding rounds for e-commerce entities such as Konga, Takealot and Jumia. There has been no slowdown in 2015, with a variety of impressive funding rounds being announced.

Show me the VC money

Kenya-based solar startup M-KOPA raised US$12.45 million, Nigerian hotel booking platform Hotels.ng US$1.2 million, and South African e-logistics startup Parcelninja US$1.7 million. There have been many more, and also a couple of sizeable exits in the form of Kenya’s Weza Tele and South Africa’s WooThemes.

For Bunmi Akinyemiju, chief executive officer (CEO) of Nigeria’s Venture Garden Group, the increase in funding is solely down to the numbers related to Africa right now, notably growth in GDP and middle classes, and demographics.

“Africa has been recently described as the next economic frontier with the necessary supporting variables to match,” he said.

“The key commercial hubs on the continent like Nigeria, South Africa and Kenya not only boast significantly huge populations, but they also boast an emergent, young middle class with spending power; when you throw into this the increasing technological sophistication and consumer brand awareness, you get a demographic that is is every investor’s delight.”

Akinyemiju said VCs can assist this process by supporting and encouraging the growth of startups willing to go after this “vast potential,” especially when compared to other markets. 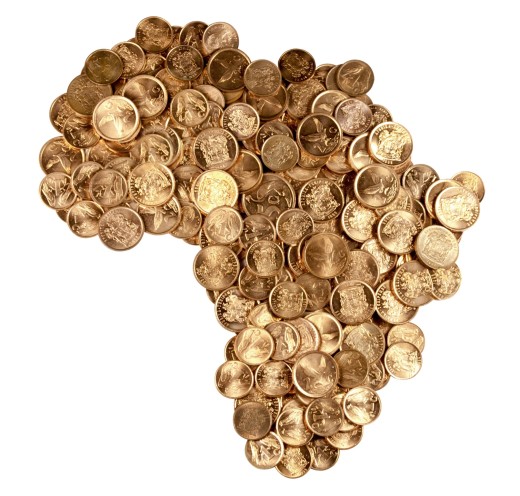 “Comparing this growth to the seeming slowdown and saturation of growth in more matured markets or even the BRIC countries is also responsible for VC chasing the new frontier.”

Investments are coming from a variety of sources, with even mobile operators such as Millicom, Safaricom and Orange playing a part with the launch of investment funds. Private equity firms in the US and Europe are also looking increasingly to Africa, with large funds recently announced by the likes of Helios Investment Partners and Abraaj.

Individual angels remain thin on the ground across most African countries, but are beginning to materialise. This is especially the case in South Africa. Investment networks and clubs are also in vogue, such as the African Business Angels Network (ABAN), made up regional networks from countries such as Nigeria, Cameroon Egypt and Ghana.

One of these angel investors, Vinny Lingham, founder of Gyft, says the attraction comes from the fact Africa represents the “final frontier for humans on earth.”

A land of opportunity

“Nowhere else do you have more than one billion people who are so underprivileged and under-catered to. There is a huge business opportunity here,” said Lingham, who has invested in a number of South African startups.

Akinyemiju agrees with these primary areas of interest, but said there are many more opportunities out there as investors wake up to the potential of putting money into the continent’s startups.

“Almost every growth-sector that takes advantage of large populations and growing middle class is attractive in this region,” he said.

He added that investors were not looking for anything different in startups in Africa as anywhere else in the world – good teams, large addressable markets, competitive landscapes and unique advantages are key. Lingham agrees, saying vital factors are “well-priced valuations and strong management teams who are “all-in” on their business and will work night and day to make it a success”.

There is one key difference, however, according to Akinyemiju.

“In Africa, due to the early stage nature, there is a lot of focus on early profitability,” he said.

“Questions that investors usually ask include ‘does the startup have customers already?’ Investors are harsher on startups in this environment, largely because the risks are higher and there are very few entrepreneur-turn-investors – who truly get early-stage venture deals the way Silicon Valley venture capital would play.”

For Lingham, the risks are higher because of a shortage of business-friendly policies, high levels of crime, and unstable currencies.

Akinyemiju says investments on the continent are often hamstrung by bureaucratic bottlenecks, meddlesome government policies, and a lack of infrastructure. Yet he is optimistic that the positive developments seen over the last couple of years will continue.

“There have been some successes nonetheless, and irrespective of the hurdles. So I’m not sure those are the key mechanisms to encourage investment. I think the big one is, create some successes! Create an interesting exit. The rest is easy.

“’Amazon buys Konga’, ‘Visa buys Interswitch’ – a headline like that will activate a large movement of foreign capital right away. This will instantly open things up in an interesting way.”