Samsung says it doesn’t plan on removing the headphone jack from its phones anytime soon, but didn’t stop the company from trying to step up its Bluetooth headphone products with the fitness oriented Gear IconX.

Wireless headphones with a heart-rate sensor are an awesome concept. But after trying them out for a few weeks, it feels like the headphones bite off more than they can chew.

There’s a lot to like about the Gear Icon X on paper:

Very few other headphones currently on the market offer heart rate tracking, much less a wireless ones. Moreover, tracking heart rate through the ears should theoretically be more accurate than wrist-based sensor, thanks due to the sensor having a more stable perch than your constantly swaying wrists.

The Bragi Dash are the most obvious alternative, but those cost $300 instead of the IconX’s $200.

If, like most people, you’ve never used completely wireless earbuds, let alone Bluetooth ones in general, you’ll love the freedom it provides.

Not worrying about cables snagging on a doorknob when you’re rushing out to a meeting adds a peace of mind I never knew I wanted. I can work out without having to shift the cable for discomfort, and I can place a barbell on my back without worrying about scratching a neckband. The touch controls worked well, and the audio cues were clear. 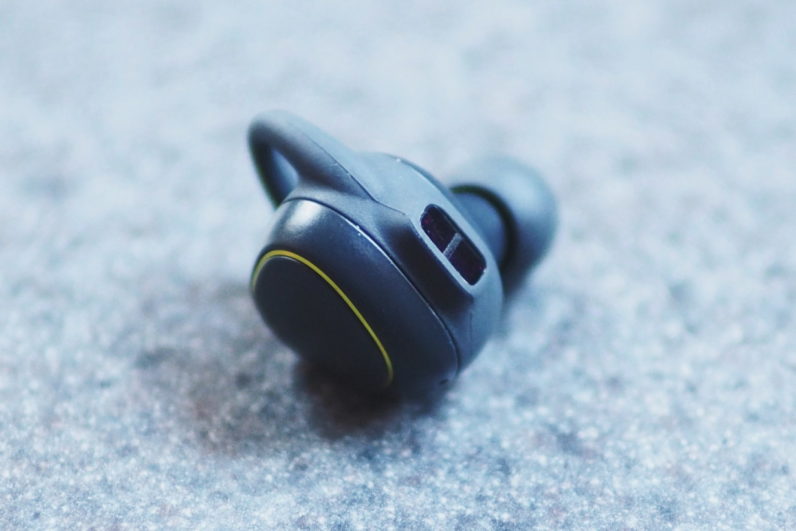 There’s a neat ambient mode that helps you listen in on your surroundings or have a conversation without taking off the headphones. It’s rather terrible at handling wind noise, and it’s nowhere near as useful the augment-sound features on something like the upcoming Here One active earbuds, but it’s a nice feature to have.

Having a heart rate sensor in ear also means you could forego a fitness tracker and wear a standard watch instead. And though you can’t monitor your heart rate during workouts, you can view a graph of your heart rate over time on your phone once you’re done.

The problem with the Gear Icon X is in the execution, which makes it feel like a highly niche device for early adopters. It turns out cramming all those features into such small earbuds is really hard.

First issue is the design. The Gear Icon X are surprisingly small given everything they cram in but I had issues getting the headphones to form a proper seal with any of the included tips which is crucial for sound quality.

That might just something be something my ears, but I’ve never had issues in years of headphone reviews. On the other hand, once I found a seal, I never felt I was at risk of them falling out. The earbuds could also get rather warm at times, which while not really uncomfortable, is definitely an odd sensation (ask me again in the winter).

The second problem is Bluetooth audio quality. If you’re used to listening at low bitrates through cheap earbuds, then it might be an upgrade. But for $200, it sucks.

The hardware itself seems pretty fine. They’re fairly neutral sounding, which I appreciate. People often prefer a more bass-heavy sound signature for working out, but I appreciate a bit more refinement. my experience with Samsung headphones, like the excellent Level U, has always been that they provide something closer to neutral than the average consumer headphones, and that’s the case here too.

Problem is, the IconX don’t support the AptX Bluetooth standard, which allows for CD quality audio and is in almost every decent Bluetooth headset released this year.

Instead stream highly compressed music, and it suffers for it. 320 Kbps tracks streamed from Google Play Music sounds like they’re 96kbps instead. There are compression artifacts galore in the treble, exacerbated by the fact that the Gear IconX have a fairly bright sound that highlights poor audio.

I tested this by loading some of the same tracks onto the device’s 4 GB of storage, and they sounded way better. With stored music, the IconX are actually pretty decent, with a good sense of space, detailed treble and deep, bass extension without the usual midbass hump.

Too bad almost no one will bother to load their own music onto the headphones. It’s 2016; streaming is the name of the game.

Though somewhat baffling, I suspect the lack of AptX was a battery-saving measure, which brings us to problem number three: these can barely last through a long workout.

After a few weeks of use, I’d say the Gear IconX last about 60-70 minutes in average. That’s just too low.

Sure, maybe your workouts are less than an hour. My strength training sessions are normally about 30 minutes. But that doesn’t include everything that happens around my workouts.

I listen to music while walking to and from my gym – a cumulative 30 minutes. I’ll often go grocery shopping right after. Sometimes I’ll go on long walks for the heck of it. An hour just isn’t enough, especially when you consider battery will deteriorate over time.

Then there’s the carrying case/charger. It’s compact, but only provides enough juice for about 1.5 full refills, and takes too long (over an hour) to top up the earbuds. You’ll pretty much always want a backup pair of wired headphones.

A bit too ahead of its time

That’s really main issue with the Gear IconX; I can’t see many people wanting these as their primary set of headphones, let alone their sole ones. That’s a particular shame because the appeal of completely wireless headphones is that you want to wear them all the time. But as it stands, I’ll take regular Bluetooth headphones and a wrist tracker over this many caveats. 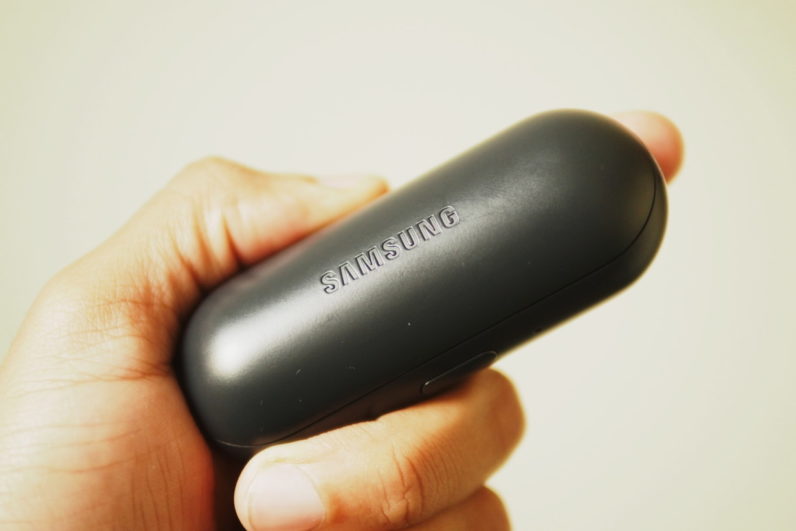 That’s not to say the Gear IconX doesn’t have its audience. They’re still the cheapest headphones that offer heart rate tracking, and are completely wireless. If you need those features and can’t shell up the extra $100 for the Bragi Dash, these are probably your best bet.

Ultimately, the Gear IconX a first generation product, and it shows. If Samsung can learn from provide a more secure fit, a proper Bluetooth audio codec, and much better battery life next time around, then we’ll be in business.