If you’re an aspiring musician or audio gear-head, you’re going to need a mixer at some point. Usually, this comes long before you’re ready to start building a recording or production studio, and somewhere after you’ve squeezed every bit of fidelity out of your iPad’s built-in microphone.

The bottom line is, if you want to record bare minimum-quality audio, especially live instruments and vocals, a mixer isn’t optional. And if you’re not ready to build out a studio, you’ll want one that works with your existing laptops, desktops, smartphones and tablets.

Let me introduce you to the Go:Mixer Pro. I’ve never worked with a mixer that was easier to use or compatible with more gear. It’s the size of a guitar pedal, runs on either batteries or USB power straight from your phone or laptop, and will probably get more use at your jam sessions than whatever piece of specialty gear you were going to buy instead. 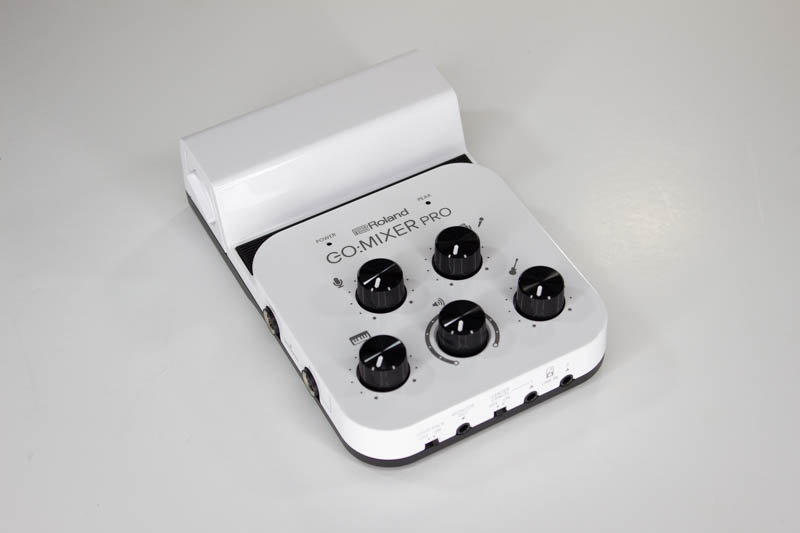 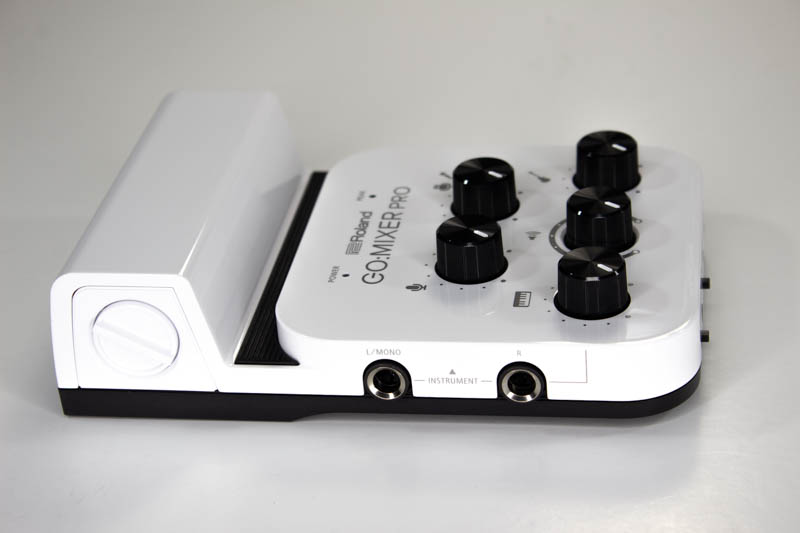 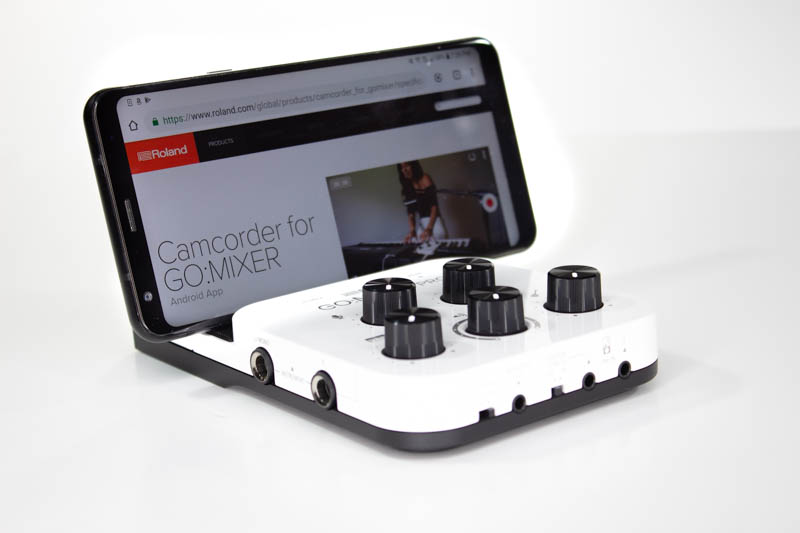 If you’re unfamiliar with what a mixer does, the concept is simple: it’s like a USB hub for musical instruments, microphones, and recording sources.

Imagine you have an electric guitar, a microphone, a beat machine, and a keyboard and you want to stream a live show on YouTube. Your plan is to program a beat in real time and then loop it while singing, and then alternate between the guitar and the keyboard. Your fans are going to love it, but it can’t sound like crap.

The first think you’ll have to do is figure out how you’re going to capture the sound. You could set your phone in the middle of the floor and press record, but we’ve already established that it can’t sound like crap.

A mixer is the piece of hardware that connects all of those devices to a single source, which you can then connect to speakers/headphones to listen to, and use as a line-in for your stream.

In other words, you can plug all your instruments into the Go:Mixer Pro, then plug it into your phone, and stream directly to YouTube with the ability to control the volume of each instrument.

Of course, the Go:Mixer Pro isn’t just designed for YouTube. Since it’s a standard audio mixer you can use it with any app, program, or other piece of hardware that uses an audio input source.

And the best part is: you won’t have to spend hours watching tutorials to figure out how to use it. It’s all plug-and-play right out of the box.

I was blown away by how easy to use this thing is. It has native support for iOS, Windows, and MacOS, so you can plug-and-play with your computer or tablet. It also supports Android OTG so you don’t have to use specialty software on your Android device.

This means, if you connect the Go:Mixer Pro to your phone and then open your built-in camera app it’ll record audio from the Go:Mixer Pro by default. This should work in any app. Worst case scenario, if your device has some fancy audio controller, you’ll have to select it as a microphone input in your settings.

It also works seamlessly with the built-in Windows recording app in Windows 10 for PC. I didn’t get the opportunity to test it with any Apple gear but, as Roland actually makes dedicated iOS software for the device, I’d feel comfortable assuming it works as well or better on Apple than it does on Android.

With the Go:Mixer Pro you can connect up to nine inputs. Here’s the technical specifications:

In the looks department, I liked the fact that it was white. It stands out against all my black music gear. It also manages to maintain a sufficiently “gear-esque” vibe. The Go:Mixer Pro may have a silly name but it looks right at home next to your amp rig or DJ board. 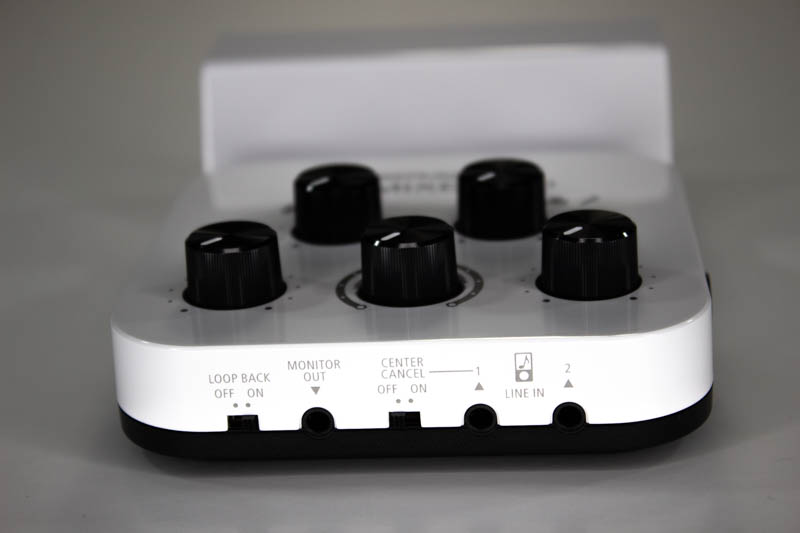 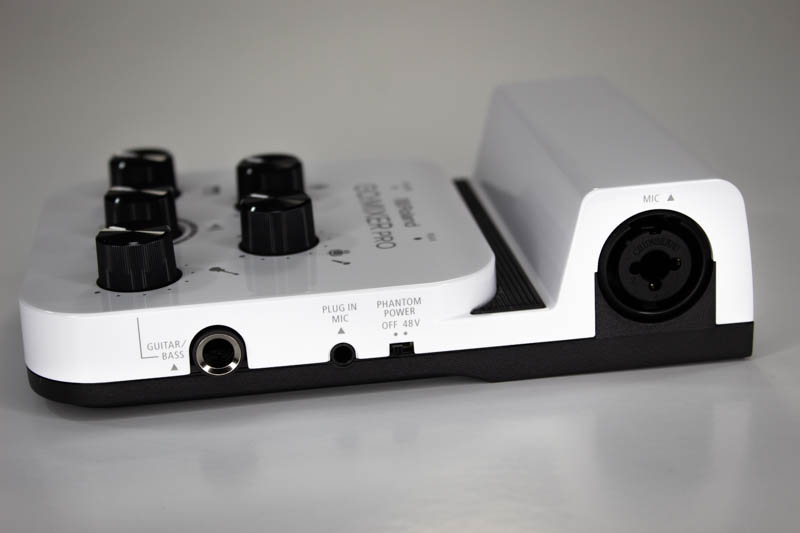 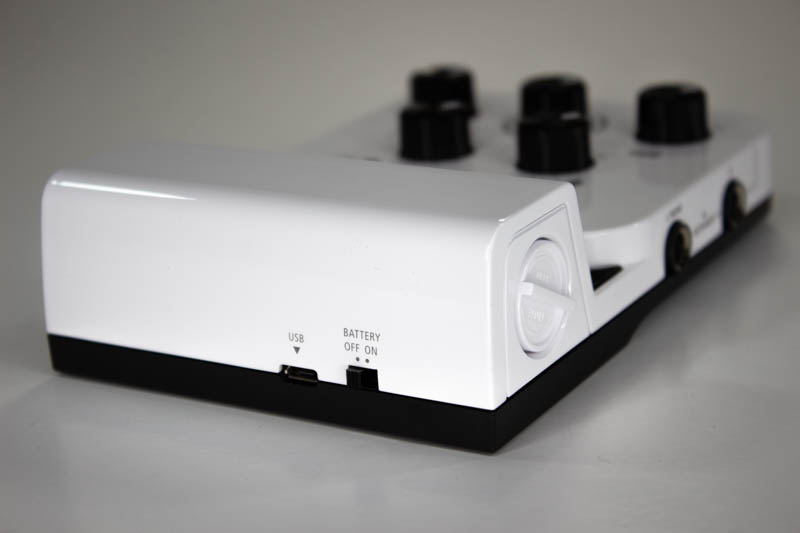 Aside from the looks the build is … eh, it’s pretty meh. The whole thing is made of plastic with the exception of the internals and the 1/4” input jacks. I was hoping for something a bit more robust. I have no reason to believe it can’t take a beating – Roland’s gear is known for its ability to handle life on the road – but the word “pro” in a product’s name comes with certain expectations.

Also, the price tag isn’t perfect. With an MSRP of $199.99, ($169.96 on Amazon) this device is more expensive than similar products from other reputable manufacturers — Behringer and Alesis come to mind. But, this one’s designed for compatibility, and it’s hit-or-miss whether competing products will work with as many devices. Not to mention Roland is one of the first names in music, so you’re paying for a premium piece of gear that’s been designed and tested by world-class engineers.

The bottom line is, with the Go:Mixer Pro you’re getting a Roland product. If you’re serious about music production or recording you’ll be better off getting this than paying half the price for something that you’ll probably just end up upgrading in a couple of months.

The Go:Mixer Pro is the mixer I’d keep handy for travelling. It eliminates the need to carry something bigger around, and lets me leave my dedicated gear at home so I’m not constantly unplugging and moving things. The fact that it’s battery powered or can be powered from the USB charging port of my smartphone makes it perfect for impromptu sessions.

Honestly, this gadget is for anyone who wants to record decent audio. I can see it being the perfect solution for hip-hop/electronica producer collaborations — everyone can connect their laptops to the Go:Mixer Pro and record to the same DAW.

The sound quality of the Go:Mixer Pro is without reproach and the ease-of-use is a 10/10. My only gripe is that Roland decided to call a piece of plastic gear a “Pro” device. Chances are, you won’t care about the plastic once you plug in and start playing.

Speaking of pro gear, if you’re looking for a mixer with a little more oomph stay tuned for our upcoming review of the Roland Rubix44.