This article was published on February 18, 2018

Robots stealing jobs —  emerging reality or unfounded fear? Before panic descends and we begin imagining scenarios where redundancies abound and pink slips are handed out en masse, let’s focus instead on the boring facts.

Threats to jobs are enough to rile up anger and anxiety, there is more than enough historical precedence for this. Two hundred years ago, a group of people was so angered by the increasing use of machines in the textile industry that they smashed the machines in protest —  these were the Luddites. In response, the British government made breaking machines a capital offense.

The Smithsonian magazine, while describing the upheaval of the times, explained that “as the Industrial Revolution began, workers were naturally worried about being displaced by increasingly efficient machines. But the Luddites themselves “were totally fine with machines”’. The article quoted Kevin Binfield, editor of the 2004 collection Writings of the Luddites, who added that “they confined their attacks to manufacturers who used machines in what they called “a fraudulent and deceitful manner” to get around standard labor practices.”

The question of man vs. machine is something that many have struggled with. As part of his protest against British imperialism, the Father of the Indian nation, Mahatma Gandhi, burnt machine-made clothes and encouraged people to adopt the Indian handwoven fabric called Khadi.

He said, “I have the conviction within me that, when all these achievements of the machine age will have disappeared, these our handicrafts will remain; when all exploitation will have ceased, service and honest labor will remain. It is because this faith sustains me that I am going on with my work…. Indomitable faith in their work sustained men like Stephenson and Columbus. Faith in my work sustains me.”

The Rise of The Machines?

Erik Brynjolfsson and Andrew McAfee wrote a book called “The Second Machine Age”. The book is about how we are in the midst of a new technological revolution that is going to be just as transformative as the industrial revolution. In reviewing the book, The New York Times cited Robert J. Gordon, a Macroeconomist at Northwestern University who described the authors as “techno-optimists”.

Indeed, there is no dearth of people publishing articles on how humanity is on the way out, soon to be replaced by our robotic overlords. Despite the fact that the impact of machines has been felt severely in various occupations, common sense and history tell us that machines cannot actually replace humans. It is just that, the nature of certain jobs is such that they are repetitive, dangerous and even unnecessary in this day and age.

We continue to employ humans in these fields mainly because we have traditionally done so or because the cost of doing so is comparable to or less than using machines. The addition of machines or artificial intelligence (AI) to these industries should be seen as an opportunity to upskill human workers so that they can be more productive or better utilized. Ultimately, humans are the driving force of the economy —  we consume and we create, robots do not. At least not presently or in the near future.

As Benevolent Tech’s CEO Jerome Pesenti said at the Web Summit held in Lisbon, Portugal, “AI has a lot of buzz, a lot of hype around it, a lot of noise.” He added, “AI is not going to take over the world anytime soon. If you know anybody who has any kind of practice in that field, they know that we are not yet there and AI is fairly limited at this moment.”

The Real Value of AI

As they say, the proof of the pudding is in the eating. However, there are still many key sectors which should have been advanced by robots and AI, but are still struggling with skill shortages. So clearly we need more employees, not fewer.

Deloitte Consulting and Manufacturing Institute published a collaborative analysis of the outlook for 2015-2025; the aim of which was to examine the skills gap in US manufacturing. They found that 3.5 million manufacturing jobs need to be filled and that the gap is significant enough that two million of these jobs will remain unfilled.

Similar dire predictions have also been made by HR Drive who quoted the National Association of Manufacturers, “U.S. companies will be facing two million job vacancies by 2025. And the American Welding Society contends that manufacturing industries will need 300,000 welders and welding instructors by 2020. Technology has replaced some jobs and made others obsolete. But a significant number of manufacturing jobs remain open with not enough people to fill them.”

These facts clearly do not support the theory of job-stealing robots. So why are there so many jobs left unfilled by both man and machine? The answer is a distinctly human problem.

The same article quotes Fred Goff CEO of Jobcase as saying, “much of society believes the best path to a rewarding, prestigious career is a college degree and a job in finance, marketing, law, engineering or teaching. That leaves retail, trade, construction and manufacturing jobs facing serious perception challenges. The “image problem” that these blue-collar fields face has finally come home to roost — and employers are struggling to make up the difference.”

So, it isn’t really robots and machines that are causing unemployment problems but rather the human inability to fill roles due to perception or the lack of proper training and information.

Life in a Rapidly Ageing World

We are aging rapidly. We are literally greying out, shriveling up and kicking the bucket. The United Nations has referred to this population aging as ‘unprecedented’. The UN says, “Population aging is pervasive, a global phenomenon affecting every man, woman, and child. The steady increase of older age groups in national populations, both in absolute numbers and in relation to the working-age population, has a direct bearing on the intergenerational and intragenerational equity and solidarity that are the foundations of society.” They add, “The proportion of older persons was 8 percent in 1950 and 10 percent in 2000, and is projected to reach 21 percent in 2050.” 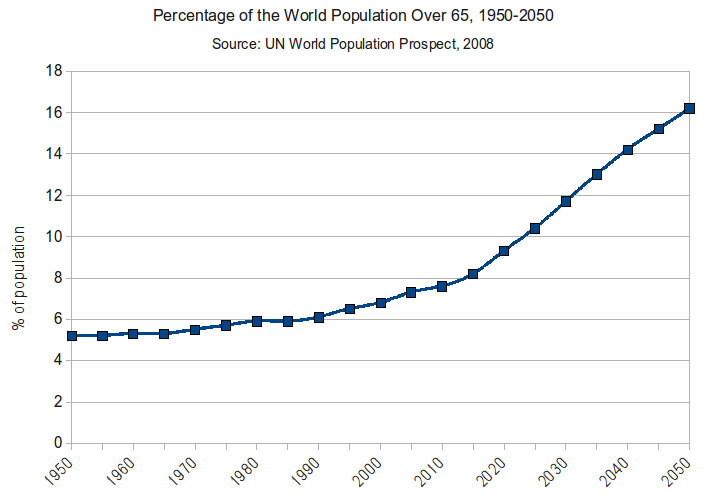 This increasing population is likely to exacerbate the shortage of workers. So again, it is not the case that robots are stealing jobs from existing workers, they are merely filling existing gaps left by humans.

In countries where the population decline has been very dramatic, like in Japan, robots are taking over some of the more mundane jobs like customer support. For example, the Henn-na Hotel in Nagasaki claims to be the ‘world-first hotel staffed by robots’. Their multilingual robots will help you check in and check out. They have a robot in the cloakroom and a robotic arm to store your luggage. The hotel’s website explains that “one of the definitions of the Japanese word “Henn” is “to change”, which represents our commitment for evolution in striving for the extraordinary sensation and comfort that lies beyond the ordinary”.

AI Will Create More Jobs Than It Will Eliminate

New technology creates a shift. The inventions of the industrial era led to the decline of blacksmiths, but it did give rise to the steelworker. AI, similarly, has the potential to create such opportunities. The CRO of Business Insider Peter Spande was reported by CNBC as saying that, this year nearly US$ 2 billion has been spent on AI advertising alone. Technology research and analysis company Gartner estimates that by the year 2020 AI field will have created 2.3 million jobs.

About this estimate, Svetlana Sicular of Gartner says, “unfortunately, most calamitous warnings of job losses confuse AI with automation — that overshadows the greatest AI benefit — AI augmentation — a combination of human and artificial intelligence, where both complement each other”.

There will, in fact, be job losses to the tune of around 1.8 million — mainly mid and low-level positions — but new ones will be created in the highly skilled, management and even entry level. Gartner estimates that by 2022, one in five workers who conduct non-routine tasks will depend on AI to do their job.

The report also found that 87% of Americans would be supportive of policies that limit the scope of automation. Interestingly, it is the younger Americans who are more likely to report that their jobs have been affected by machines. 13% of people polled between ages 18 to 24 said they had experienced the detrimental effects of automation at the workplace.

This anxiety is partly media driven but is also greatly influenced by tech leaders like Elon Musk and Bill Gates who have expressed concerns regarding the rapid rise of AI. Kevin Kelly, the founding executive editor of Wired and author of ‘The Inevitable: Understanding 12 Technological Forces That Will Shape Our Future’ told Slack that this type of anxiety stems from the fact that, “our intelligence is so central to our identity, that when someone suggests that we can synthesize it and install into other things, it immediately empties us of our identity and we say, “What are we going to do?”. If there’s a suggestion in any way that other things are better then it’s like, “That’s game over for us.”’

We are all guilty of being Luddites at some level, and it seems that the age of AI and Robots has unleashed our inner Ned Ludds. Whether it’s the fear of losing our jobs or the world being taken over by robots or some other artificial intelligence, our fears say more about us than anything else.

The truth is, robots aren’t coming after our jobs. Moreover, it is unlikely that there will be enough people capable of doing these jobs in the future so, if anything, we need these robots as much as they need us. Without this technology, we will not be able to take care of our elderly, provide essential services or even be able to fulfill the mundane lower paid roles that human employees still do for us today. The resulting job losses can be mitigated by providing people with new skills. Furthermore, the new roles that are created by AI can also be filled by humans.

Essentially, these are problems caused by and need to be solved by living men and women of flesh and blood. AI and robots are just convenient boogeymen. 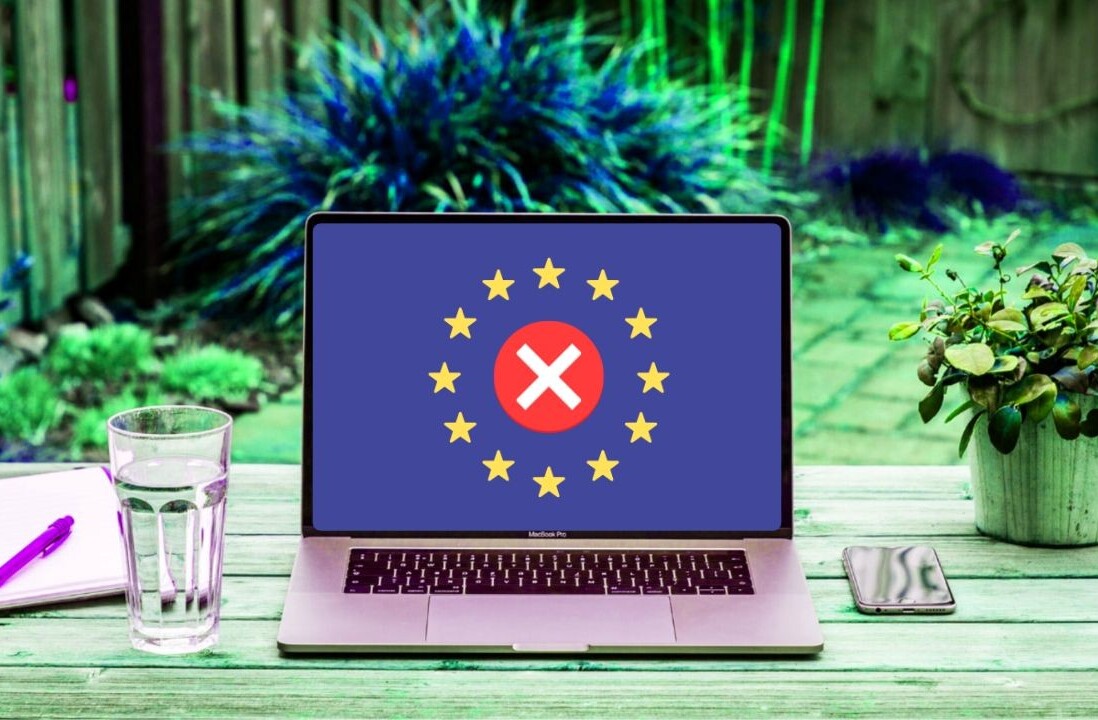