Super Anthony is a little fighting robot with the punching power of a full-grown person. It’s a premium-grade gadget that’s meant for serious enthusiasts. I got my hands on one to determine if it was a contender or pretender.

It’s a bit difficult to figure out exactly what Super Anthony is all about at first. The 38 cm (14.9 in) tall machine is billed as a fighting robot and comes programmed with punches, kicks, and combat roll maneuvers. It weighs in at a diminuitive 2.1 kg (4.6 lbs) but manages a 45 kg (99 lb) punch thanks to its powerful servos. Yet, I’m pretty sure a modified Roomba would take this thing down, so it’s not a street fighter. 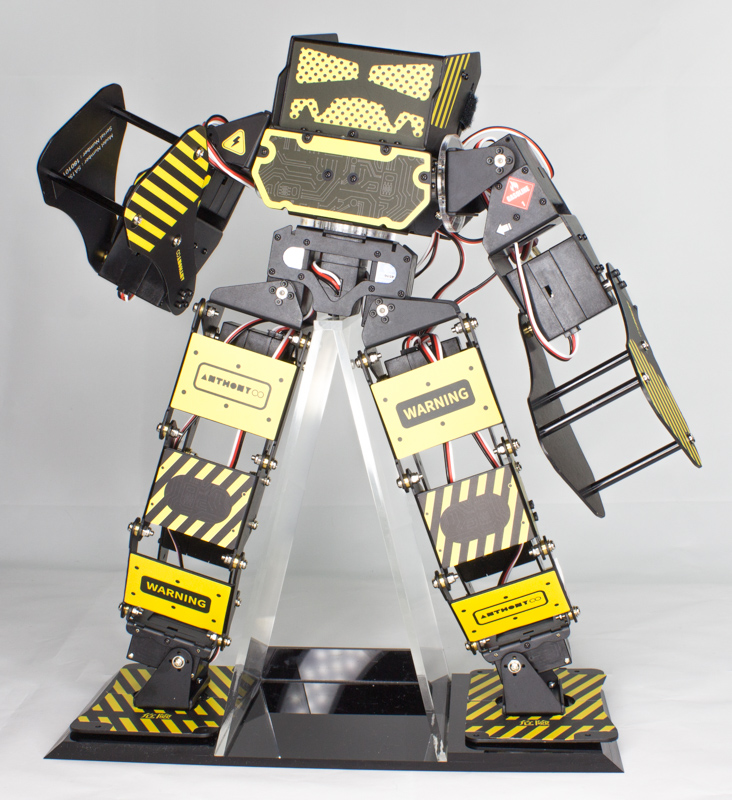 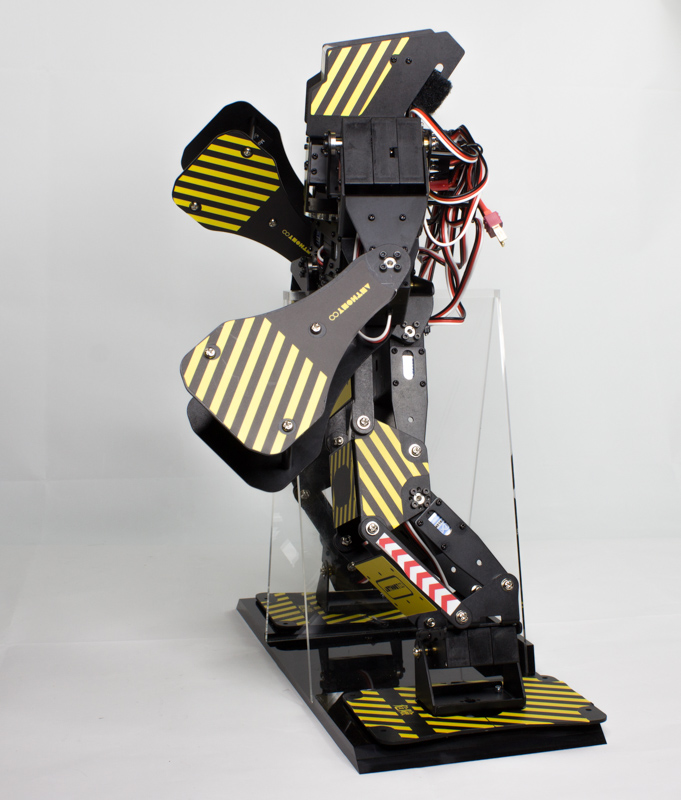 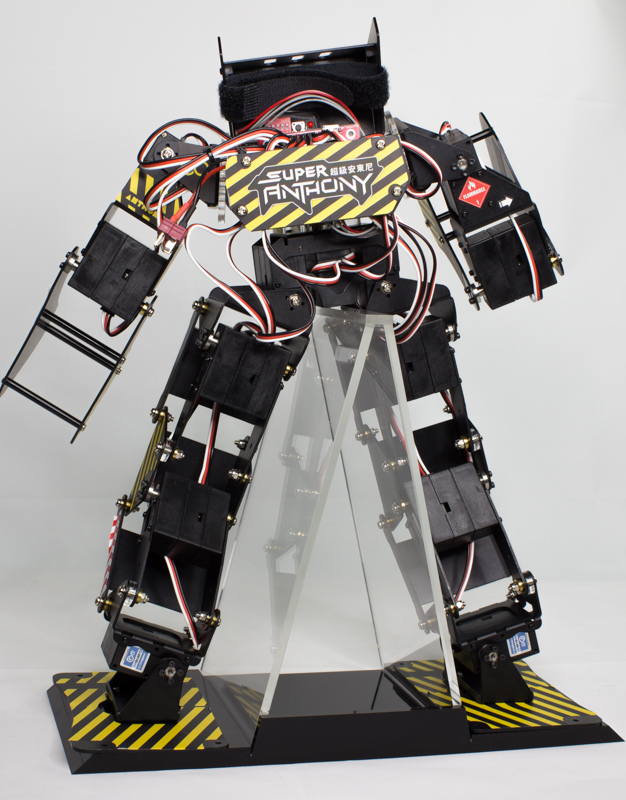 But, once you start using Super Anthony it becomes apparent that it’s purpose is to make you smile uncontrollably. This, in no small part, is due to how easy it is to control. The included PlayStation-style controller makes moving the robot around and performing its moves as intuitive as playing a video game.

It has 15 powerful servos that’ve been tuned for balance. It’s capable of performing a number of movements out of the box. And for those interested in going further, Super Anthony can be programmed to perform new moves.

Watching it move around is a tiny bit jarring, but in a good way (mostly). Rather than the smooth rolling motions I’m used to from robotics in the STEM toys category, everything Super Anthony does happens in an immediate, fast, and powerful way. It’s like watching a b-boy dancing in a strobe light.

And I absolutely adore the little servo noises. There’s a bit of a hum that comes over Super Anthony when you fire it up and sync the controller. And as it moves you can hear the robotic whir of its limbs as it contemplates the best way to take you out at the knees.

In the looks category, I’d describe Super Anthony as cute until it’s fired up. Its long-thick limbs and big rectangular head make a somewhat funny image with its tiny torso, but once it starts moving you realize the design was more about butt-kicking than aesthetics.

I love the simple design. Super Anthony is really nothing more than the bones, muscles, and guts of a robot you can finish yourself. It comes with stickers that give it some character, but you’ll probably want to customize it with 3-D printed armor or tiny little boxing gloves or something.

During my review period I put Super Anthony through the paces. It has a great sense of balance, but not perfect. I did run into a couple of design issues, but they were easy to fix – and Super Anthony is still in pre-production so any kinks could be worked out before the product ships.

The biggest problem I had was wires popping out of either the servos, or the main board. This almost always resulted in Super Anthony being incapable of performing any moves. Because it relies on a combination of them to balance for any of its actions, the unit pretty much stumbles and falls right over if any of them fail to properly respond. This is fixed easily with a little bit of electrical tape, but when a servo goes out and needs to be replaced you’ll need some tools to swap it.

And, thanks to the wire problem I had, I learned that Super Anthony is tough as nails. Mine took dozens of spills over the weeks I reviewed it and, despite a few scuffed stickers, it’s in fantastic shape.

I had a lot of fun playing with Super Anthony and I can definitely envision a future where, rather than board games, my family has a robot fighting night.

It’s worth mentioning, however, that this is not a toy. Due to the sheer power of this robot it should only be operated under adult supervision and probably shouldn’t be used in the vicinity of toddlers or pets. I’m not sure whether a 45kg punch is enough to smash a cat, but it’s enough to knock a person out.

That being said, Super Anthony did make me feel like a kid again. I’ll be honest: I didn’t even have another robot to fight and I still stood outside on my porch making kung fu sounds while I made it punch and kick the air.

Super Anthony is a fantastic robot and there’s almost nothing not to like. I say almost, because it’s not available just yet. The company behind the robot, Limitless IQ, will begin production on Super Anthony in July and expects to ship orders beginning November.

You can preorder yours on Kickstarter where, at the time of writing, the early-bird special still has slots remaining at the discounted price of $1,299.

Normally we consider Kickstarter products to be hit or miss as to whether they’ll ever get made, but Super Anthony has more than met its backing goals and the review unit I got my hands on was a polished product that’s ready for action.

I heartily recommend Super Anthony to robotics enthusiasts who want something that kicks a bit more ass than your typical STEM toy.

Sometimes we publish paid reviews, but this isn’t one of them. We’ll always tell you when do.