5-inch 1080p Android smartphones are all the rage right now, with HTC, ZTE, Sharp, and Lenovo all jumping into the pool. Chinese Blu-ray player maker Oppo wants a piece of the 5-inch-diameter pie too, and is planning a full-scale international launch for its Find 5 handset.

There’s a lot to like about the Find 5. It’s one of the most well-built phones we’ve seen come out of China, but it’s also got a few quirks that prevent it from competing on the same level as the larger international smartphone brands.

The Find 5’s display is the centerpiece of the device. It has a resolution 1,920 x 1,080 and a pixel density of 441 pixels per inch. Inside, the device is powered by a quad-core Snapdragon S4 1.5GHz processor with 2GB of RAM and 16GB of storage. The rear camera packs 13 megapixels and includes hardware HDR, while the front shooter has 1.9 megapixels.

We tested the Chinese hardware version of the phone, which doesn’t include support for the 1700MHz frequency on 3G, but the spectrum should work on the international edition. 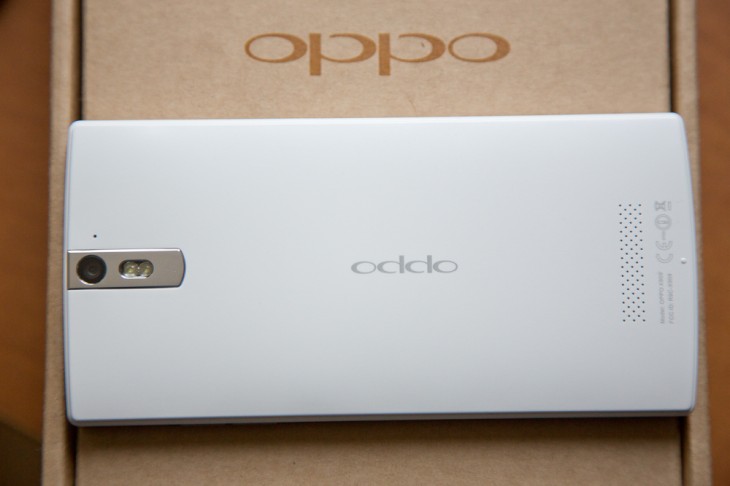 Speed freaks will be sad to know that the device doesn’t support LTE. That won’t be missed much in Oppo’s main market of mainland China, since LTE has yet to arrive there, but it could be a dealbreaker in developed markets like the US or Europe.

There are also two different software versions depending on region. The Chinese firmware comes with local apps like Weibo (microblogging) and Taobao (ecommerce) installed, while the international version includes Google Now, Chrome as the standard browser, Facebook pre-installed and the suite of Google apps and widgets.

Battery life was manageable with light-to-moderate usage, but the large screen does suck power, so it won’t make it through a full day of heavy usage at high brightness.

The Find 5 weighs 165 grams. Enough to have some heft to it, but still fairly svelte given the size of its screen. Oppo made a name for itself with its ultra-thin Finder smartphone, which was at one point the world’s thinnest (6.65mm), but it’s had to go with a thicker 8.8mm profile to pack in all the goodies. 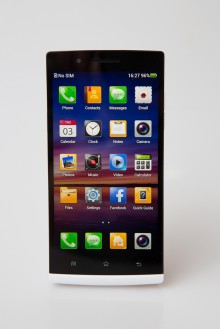 Overall, I like the external design of the phone. The white plastic back does feel a tad cheap, but the steel frame inside makes it feel solid. One complaint I did have, though, was that the power button wasn’t easy to press. I found myself having to dig into it with my fingernail to get it to register.

The phone’s display is gorgeous. This 5-inch full HD smartphone trend is going to be a fun one. The screen itself isn’t perfect, as the viewing angle is lacking, but it’s generally quite nice to look at.

At this point, I should note that I performed some accidental durability testing on the phone. I bumped it off a couch onto tile and the screen cracked from the impact, rendering the lower-half of the touchscreen useless. I’m willing to accept some of the blame for the mishap, but it’s something that could easily happen to customers. I’ve dropped an iPhone 4S onto that same tile and haven’t had problems, though it’s usually protected by a cheap case. Still, I doubt that Find 5 cases will be easy to find, and the device is already pretty sizable on its own.

The Find 5 comes with Android Jelly Bean 4.1.1. The operating system ran fairly smooth, though a bit less comfortably than the most recent Nexus or Galaxy smartphones. Swipes, taps and flicks were sometimes picked up inaccurately, though that improved some when the company sent me the retail version of its firmware. Oppo is planning a pretty aggressive bi-weekly update schedule, so some of these minor issues should get ironed out pretty quickly.

I had a hard time adjusting to little things like the scrolling inertia, app organization and general responsiveness. I haven’t had these same gripes on some of the other Android phones I’ve tested, but the complaint is relatively minor.

Bubbly widgets on the Find 5’s interface make the device feel kind of backward. They remind me a bit of the Windows XP and early OS X design era, which is ancient for a smartphone.

In addition to its display, the Find 5’s hardware-based HDR and slow-motion videos are some of its standout features.

As you’d expect, the phone’s camera performs well in generously-lit situations. Unfortunately, I found that it wasn’t quite up for low-light photography, often turning out photos that were noticeably darker than the iPhone 4S’s results in the same situation. HDR video did improve the shot in some cases, though usually it was only a minor difference.

Slow-motion video, which films at 120 frames per second at 480p, is a fun feature to have, though it’s hardly a deal breaker. If you have a regular use for slo-mo, then the Find 5 is definitely worth checking out, but I imagine it’ll mostly be for showing off to friends. 120fps video will also be more useful when a resolution of 720p or higher is supported. At its current 480p resolution, it’s too small to be truly publishable.

Oppo was one of the first to announce a 5-inch full HD smartphone, but competition got much more crowded earlier this year with the arrival of several other similarly-specced phones. We expect the Find 5 to do well within mainland China, but the device isn’t likely to unseat some of Oppo’s international competitors when it arrives overseas.

Features like hardware-based HDR and slow-motion video capture will tip the scales for photography-centric consumers, but they don’t feel powerful enough to convince mainstream buyers to jump ship.

The Find 5 is a solid phone, and it shows how far Oppo has come from its Blu-ray player origins to producing desirable smartphones for the international market, but there’s a wheelbarrow’s worth of solid devices coming out right now and customers are beginning to expect greatness from their handsets. 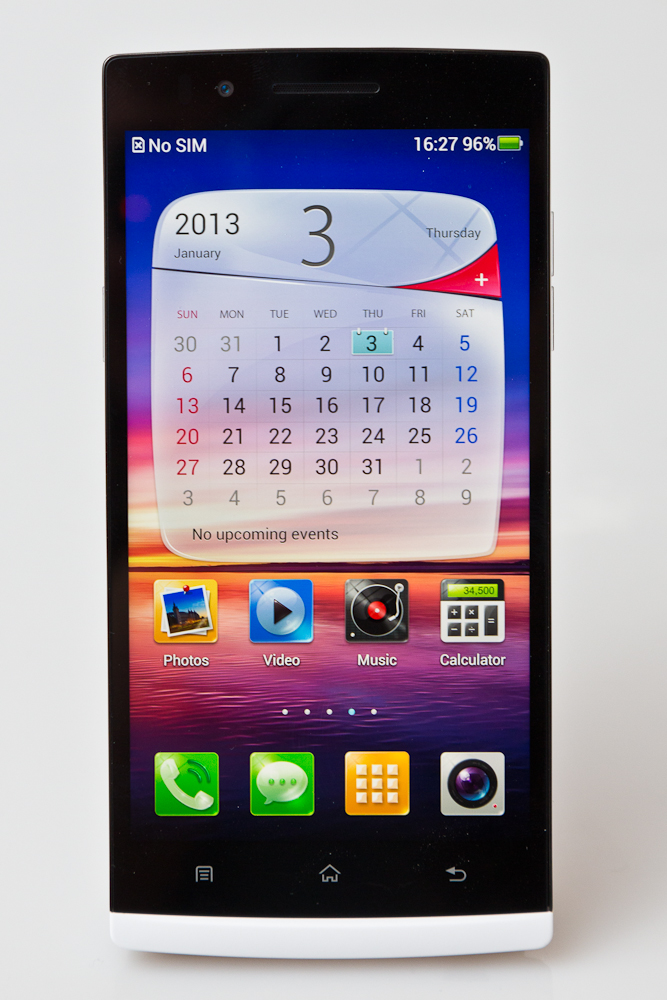 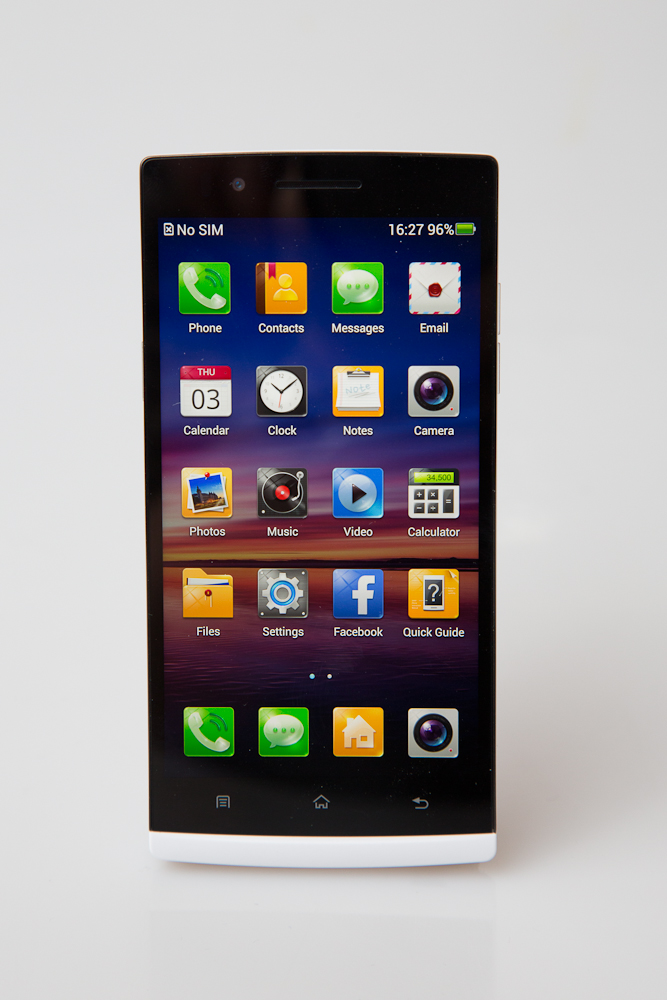 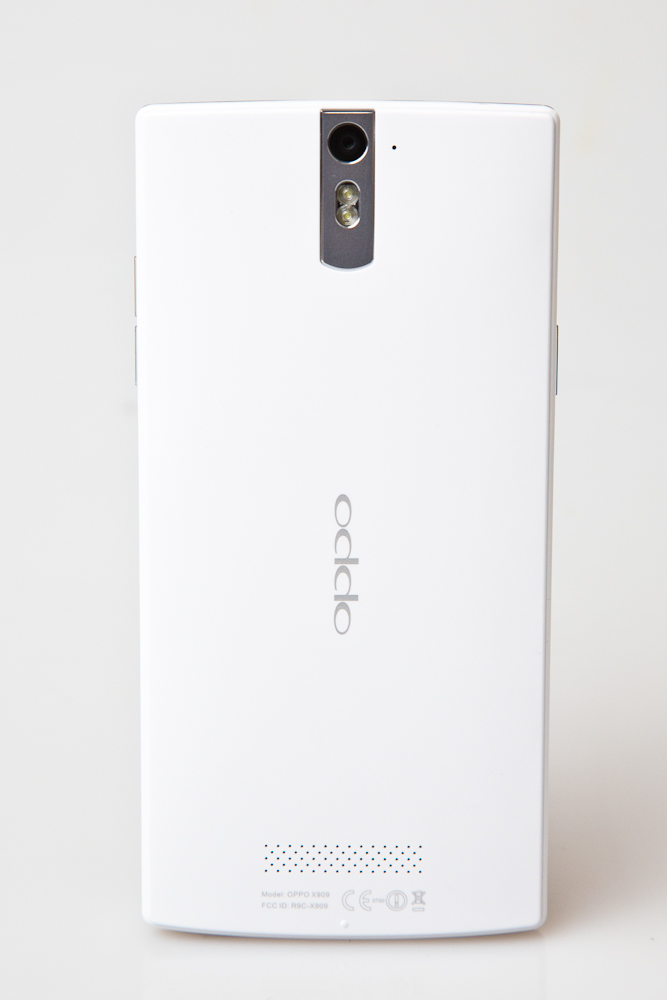 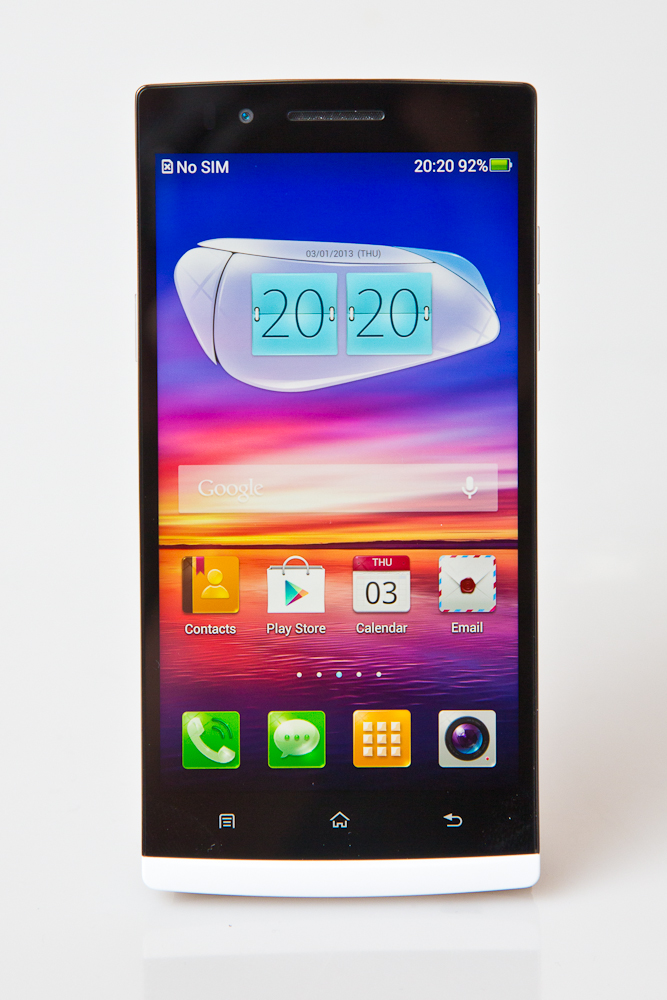 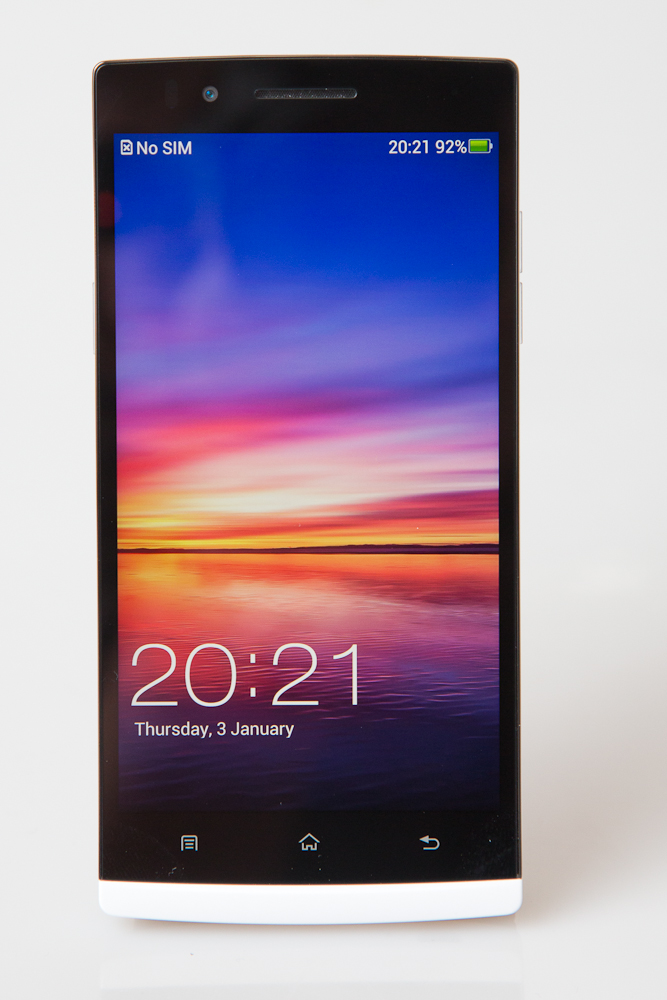 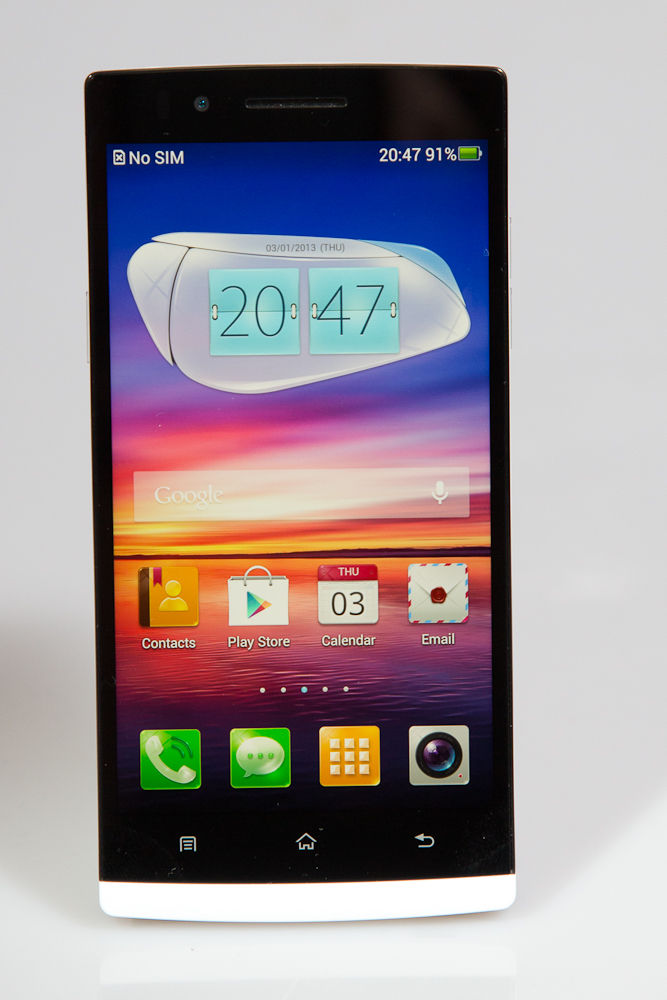 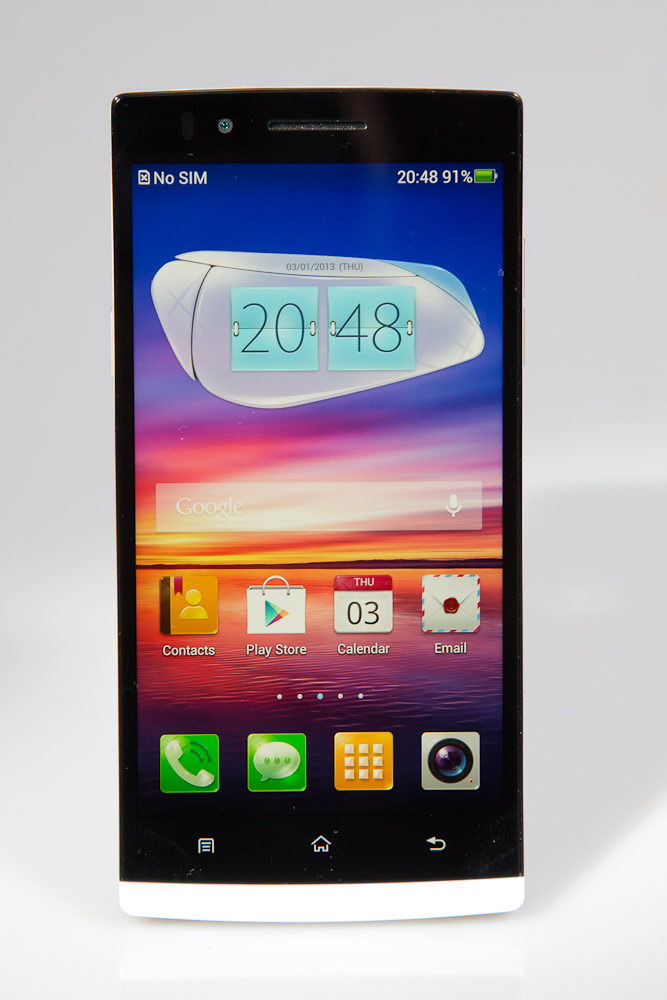 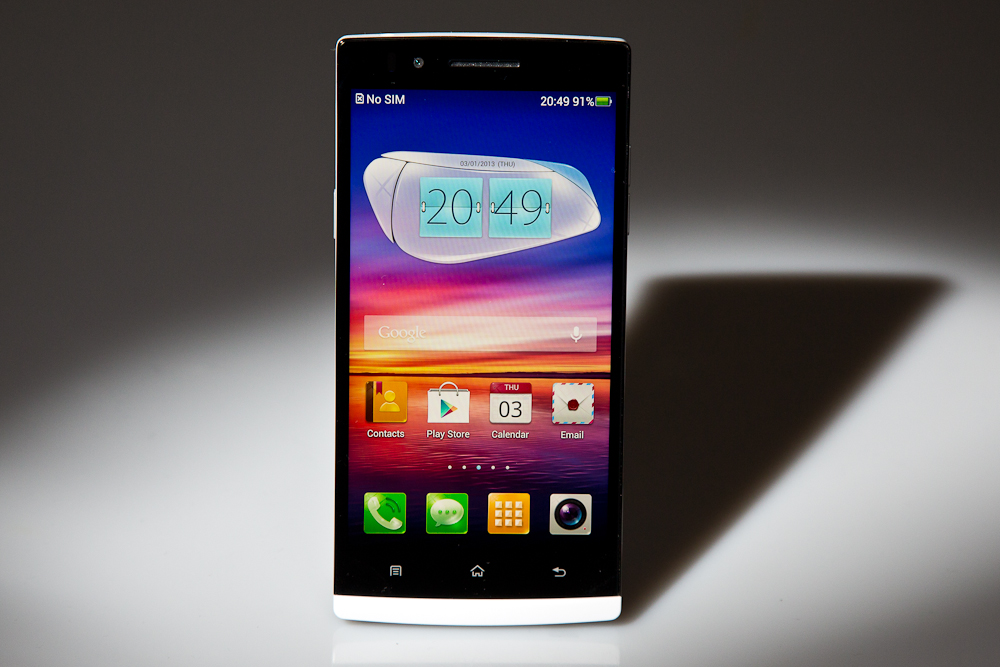 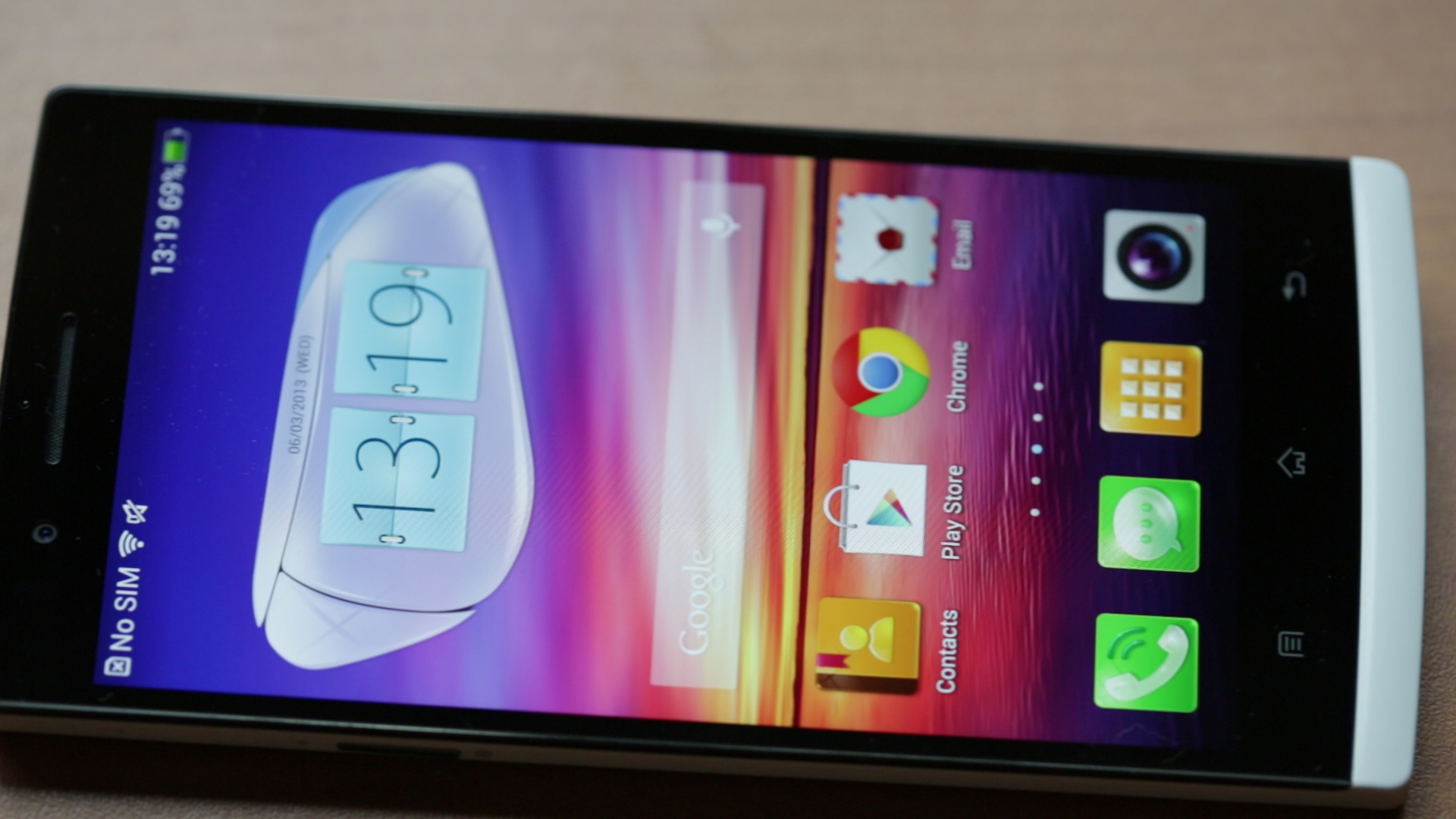 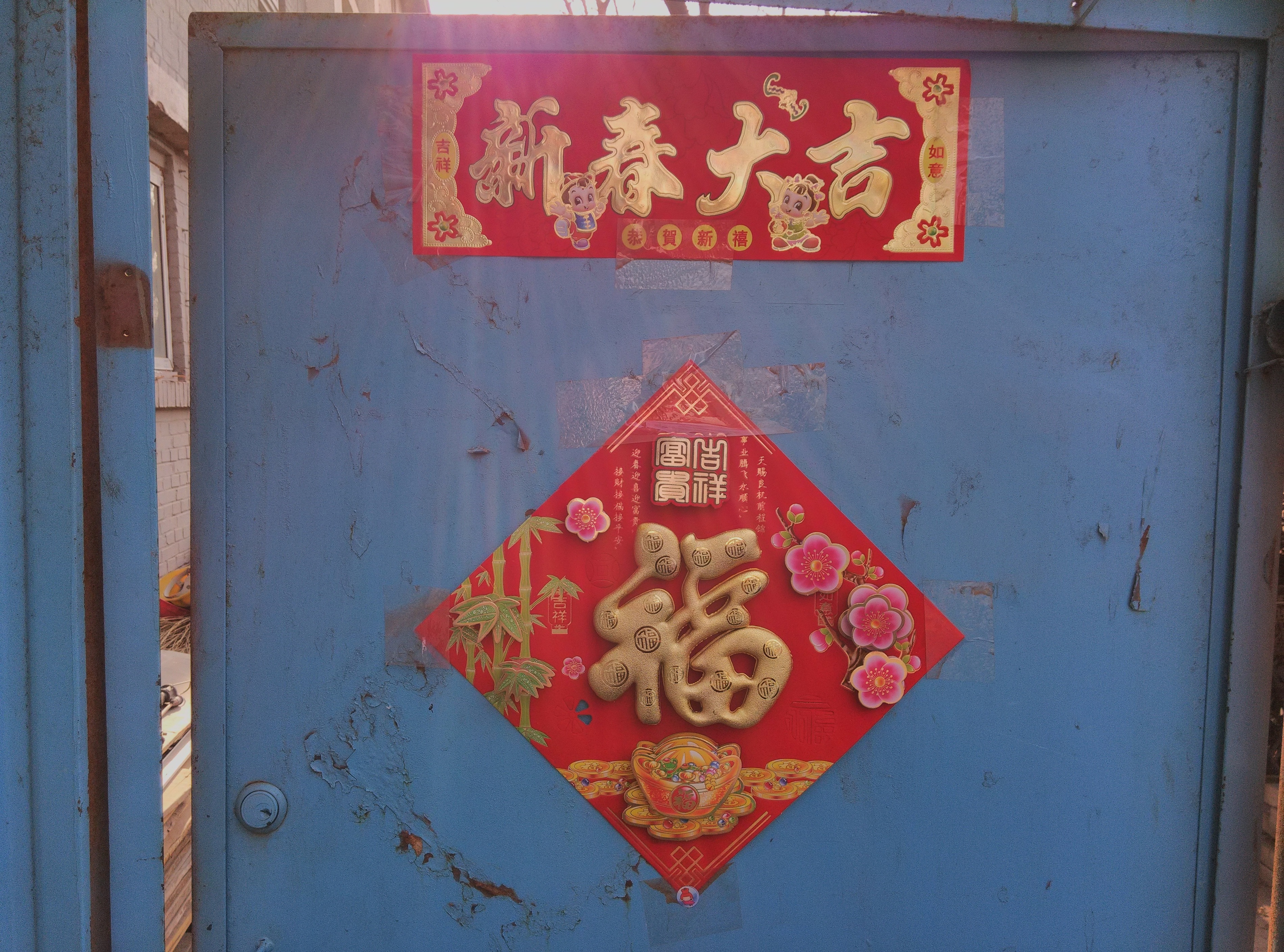 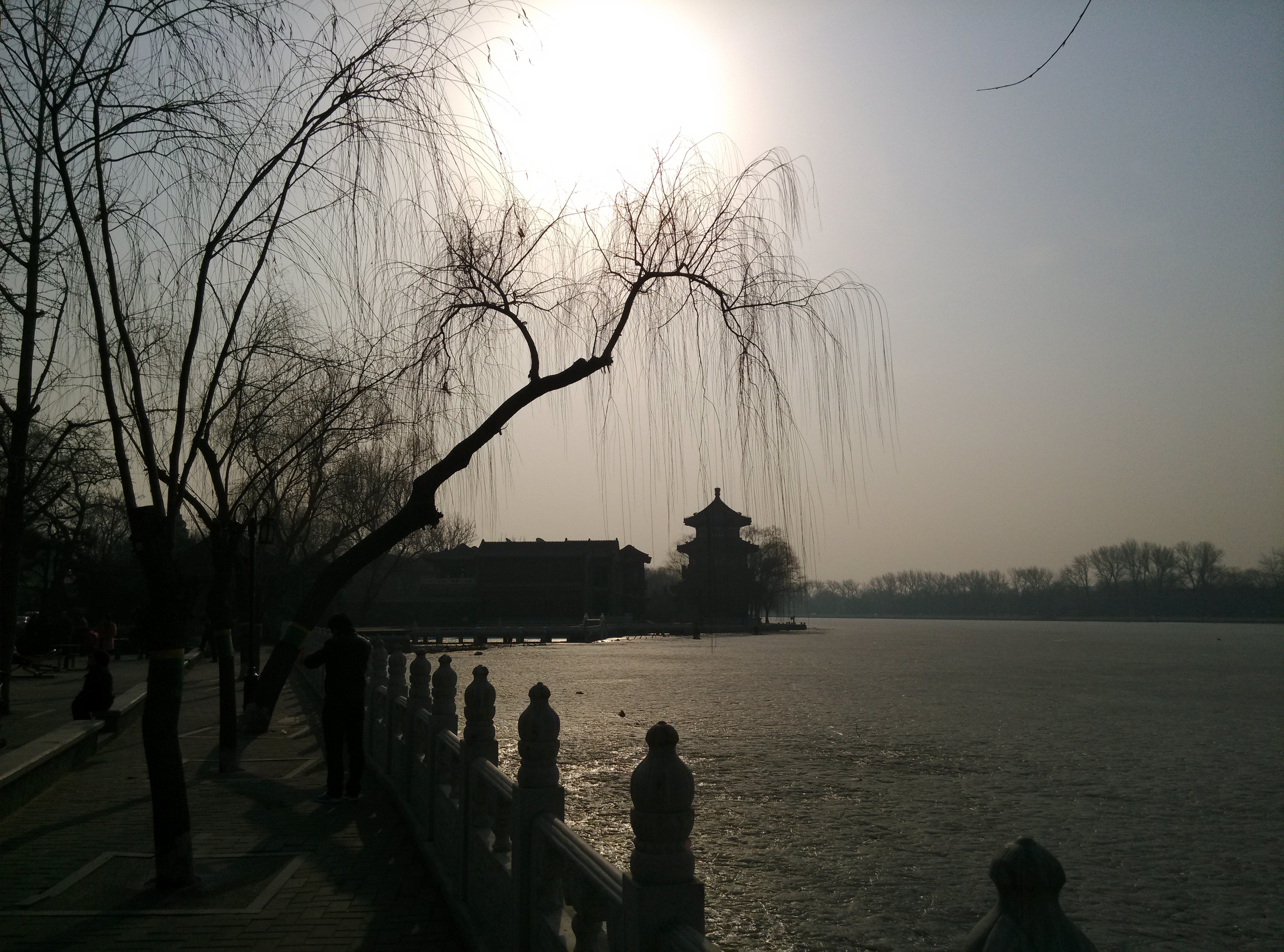 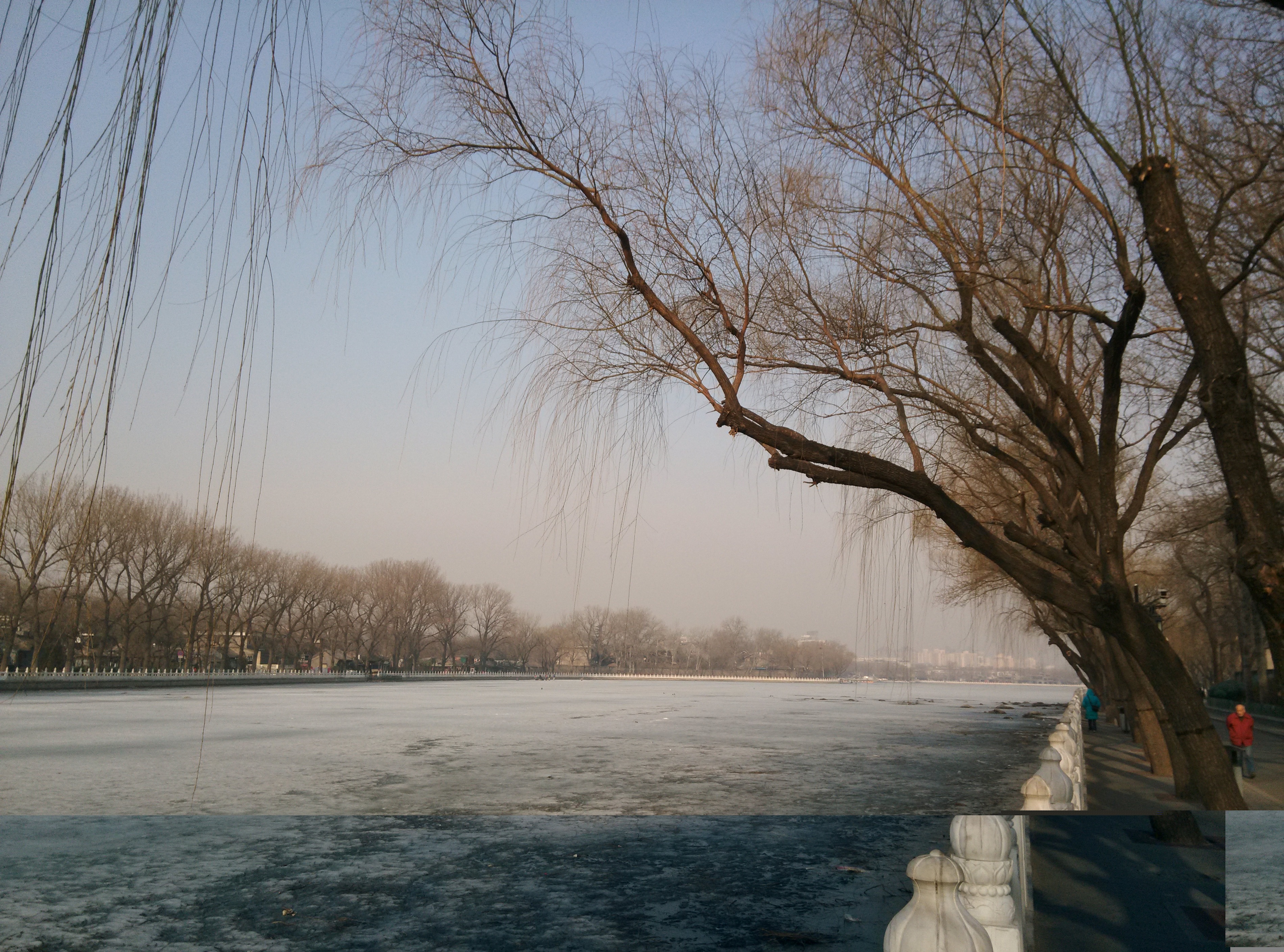 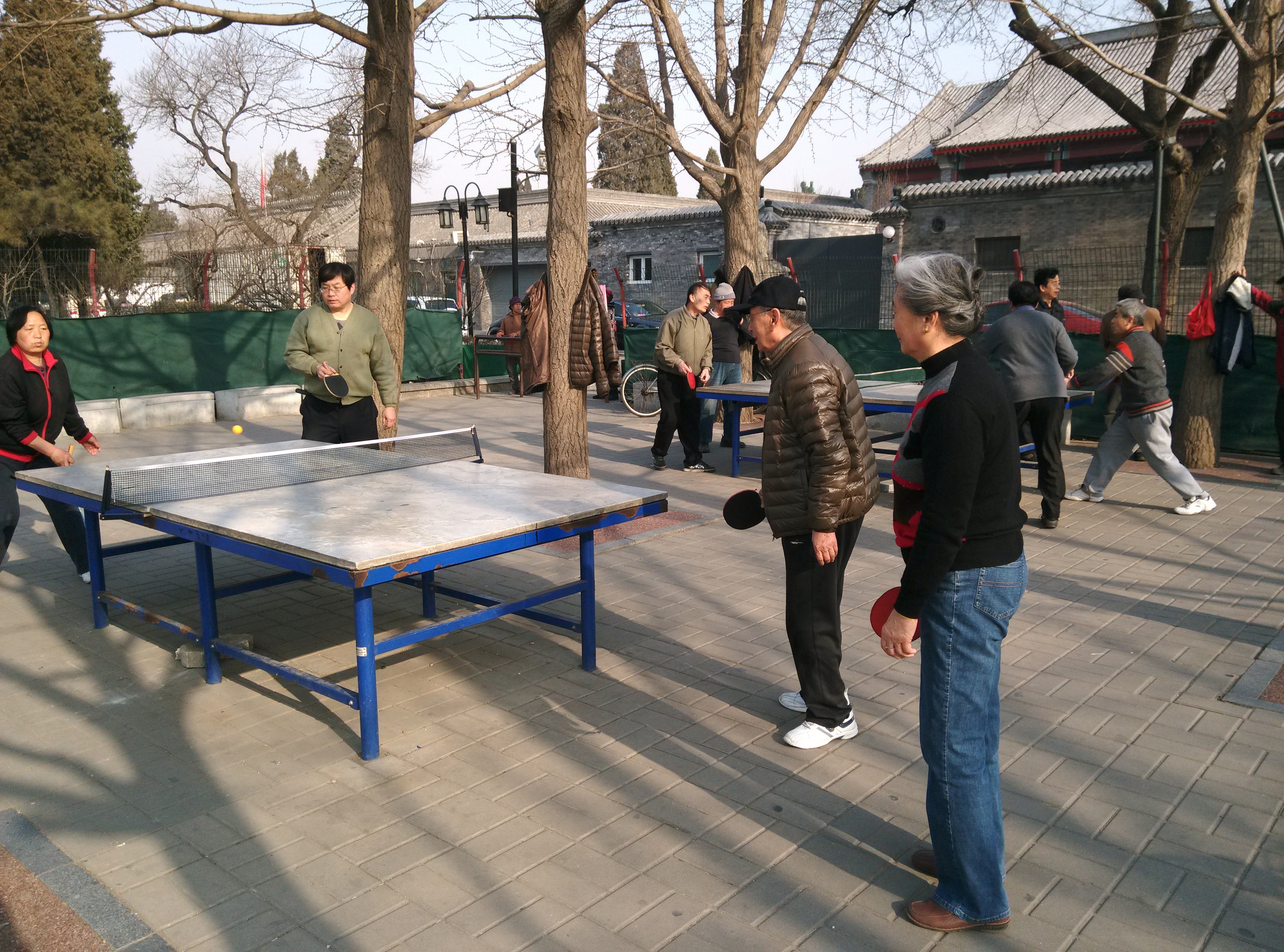