How can you quantify sleep? You wake feeling rested — or like you could use a nap — but how does that feeling translate to data?

That’s where Beddit comes in. With a small sliver of plastic and an app, the Beddit platform wants to help you understand what happened while you were asleep, and if you need more rest.

Beddit’s hardware is slight, but powerful. A hub connects to a thin band that you put under the sheets on your bed. The strip has a pretty strong adhesive layer so it doesn’t slip away while you sleep.

You also need to keep Beddit plugged in. If your bed is in front of an outlet, you’ll be fine. If you aren’t near an outlet, the short cord won’t do you many favors.

The main way you’ll interact with Beddit is via the app, naturally. It’s fairly no-frills, too.

After a setup process (which is a typical email and password situation), you’re ready to roll. All Beddit wants to know is when you’re sleeping, and if you need an alarm.

If you want more granular information, Beddit can provide that. A quick peek into some sleep metrics tells you how long it took to fall asleep, how restless you were and the total time you were awake.

The app also assigns you a sleep efficiency score. It provides a quick glance at how much time you spent actually sleeping; a number Beddit feels should not dip below 85 percent.

There’s also an Apple Watch app, which gives you access to your sleep data from the previous night and an option to set a nap alarm. The Apple Watch app can show you performance stats versus the night before with little up or down arrows.

If you like, there’s also a Web view. Beddit stores your sleep info in its own cloud storage, so it’s accessible anywhere. You won’t get any new info, though — it’s really just a different medium for the same info. 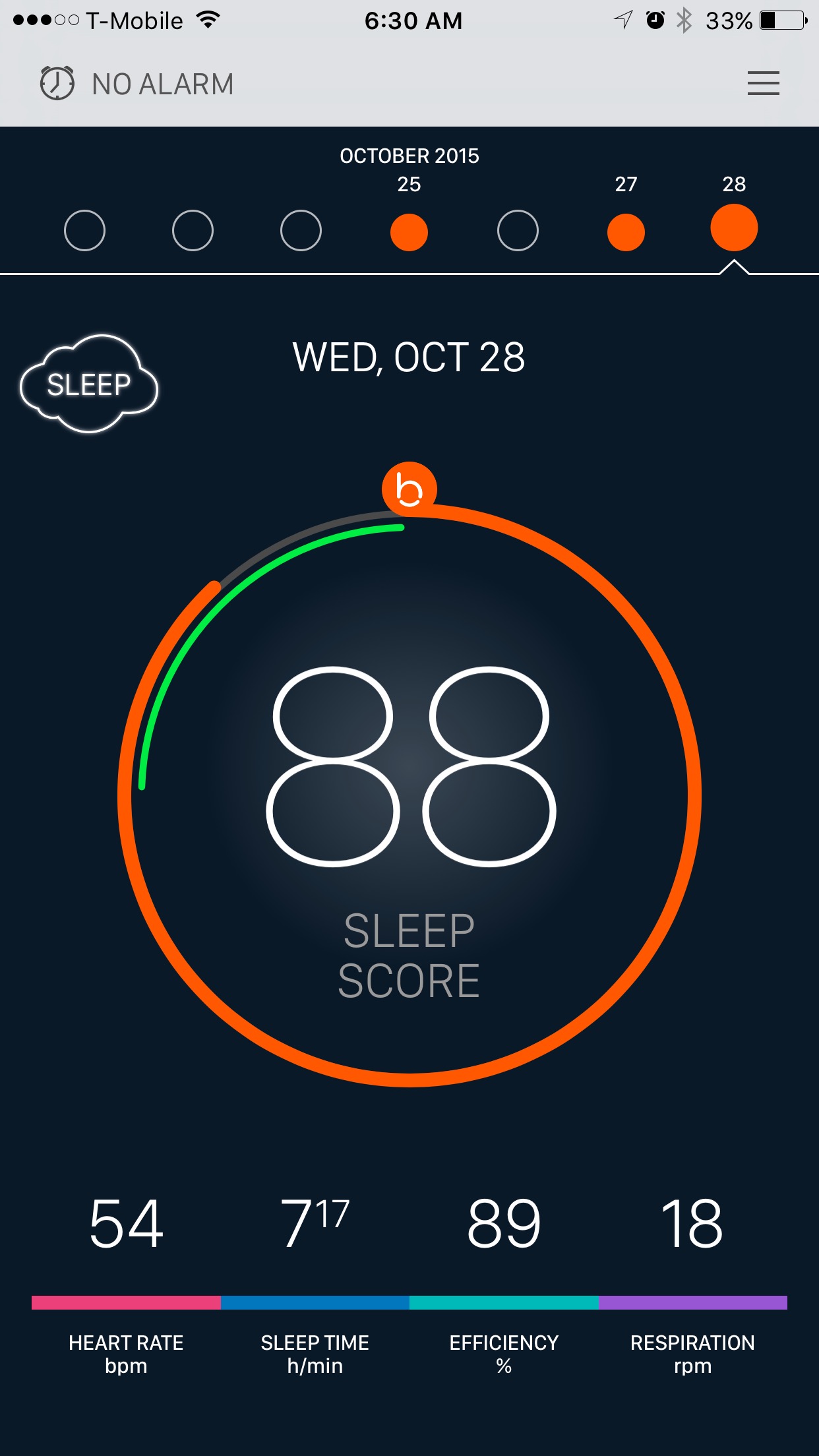 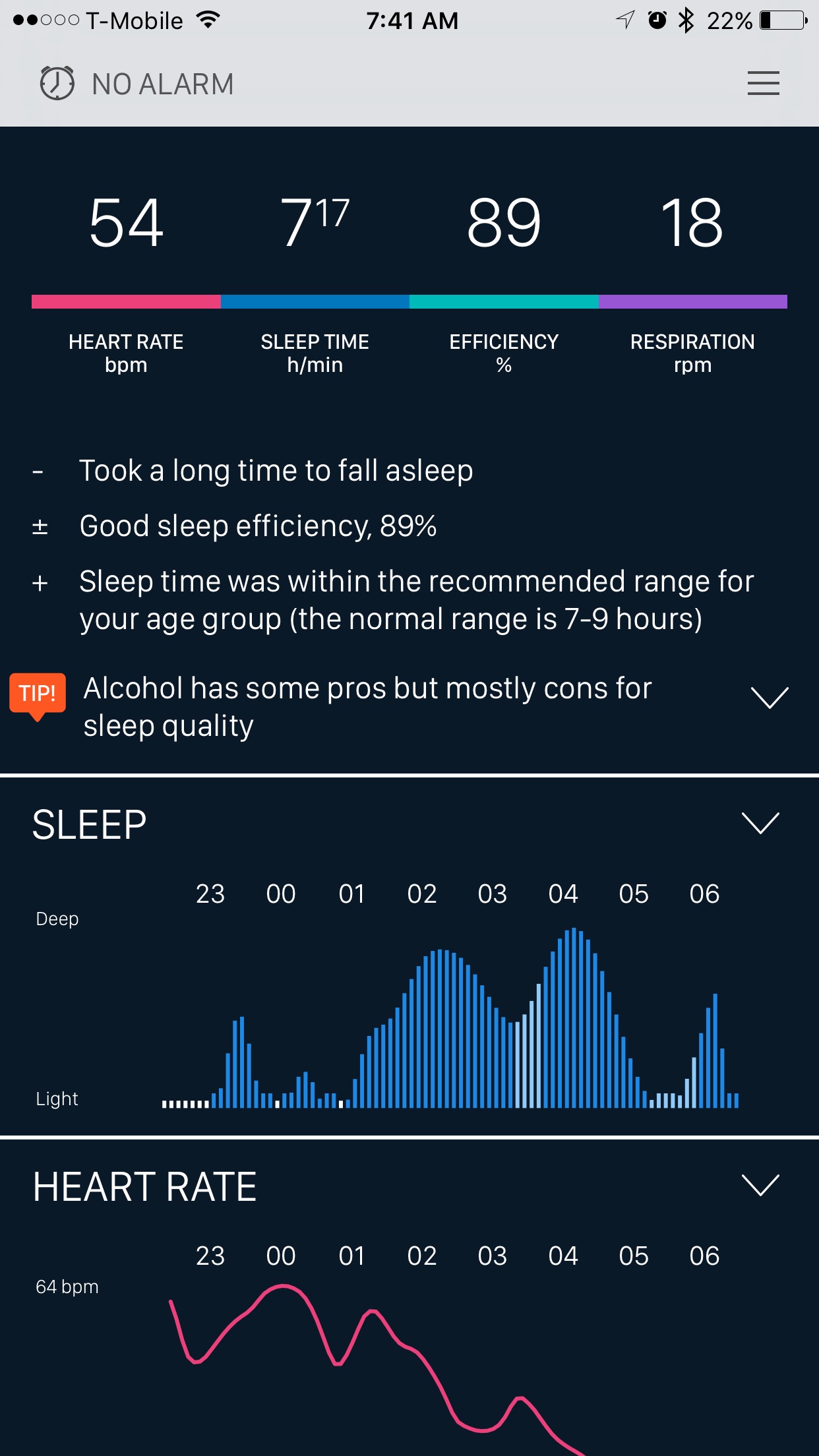 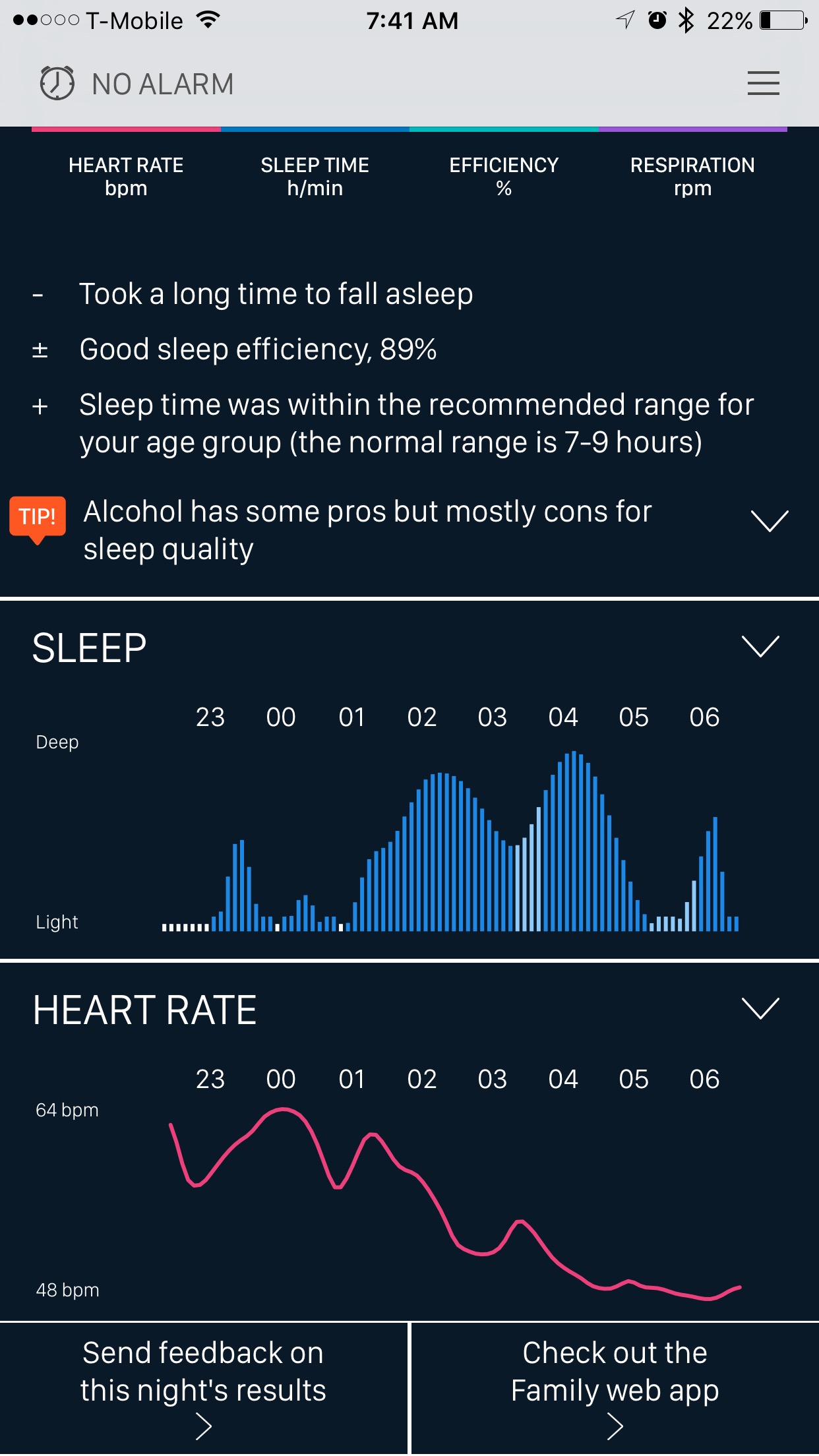 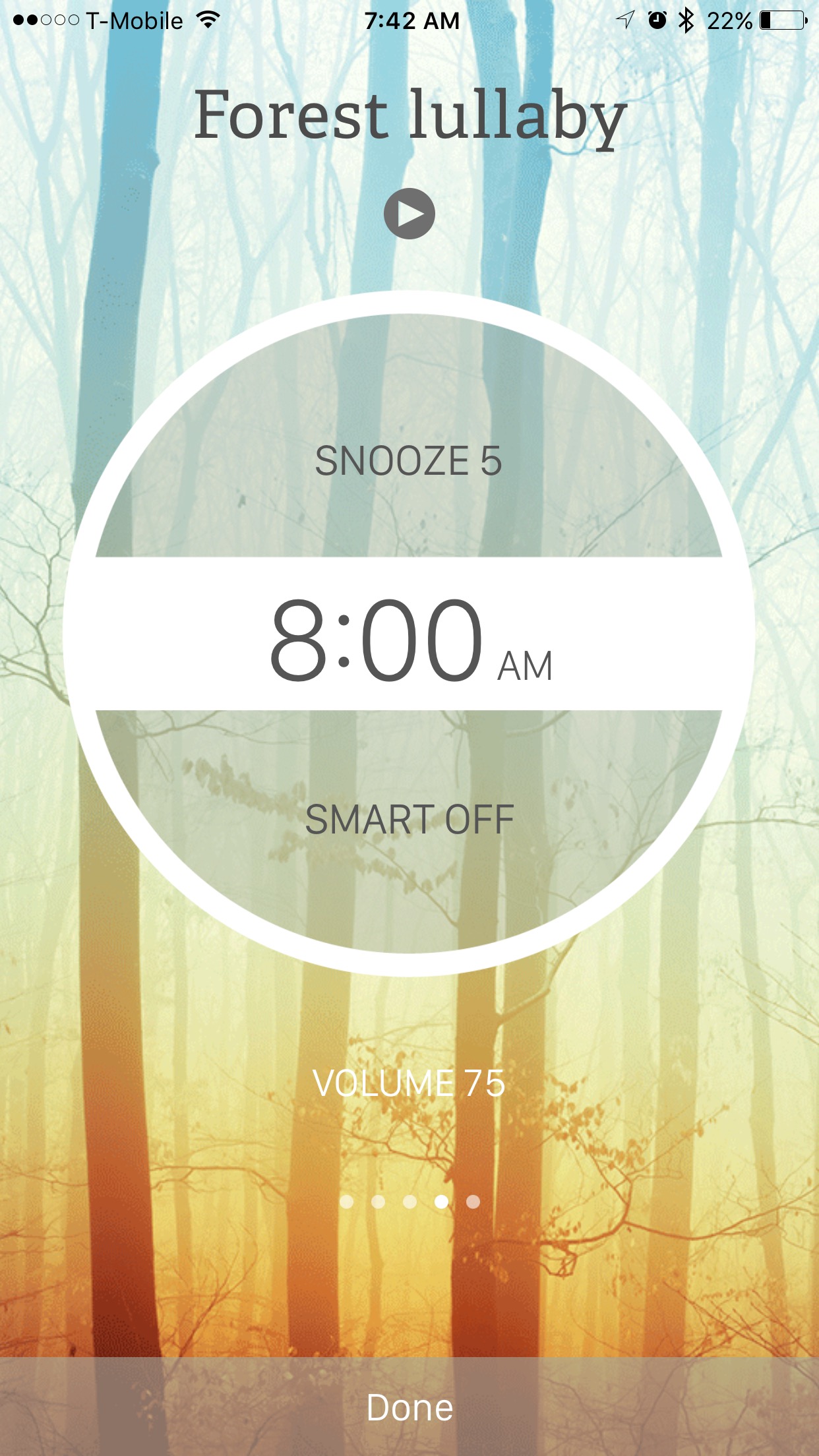 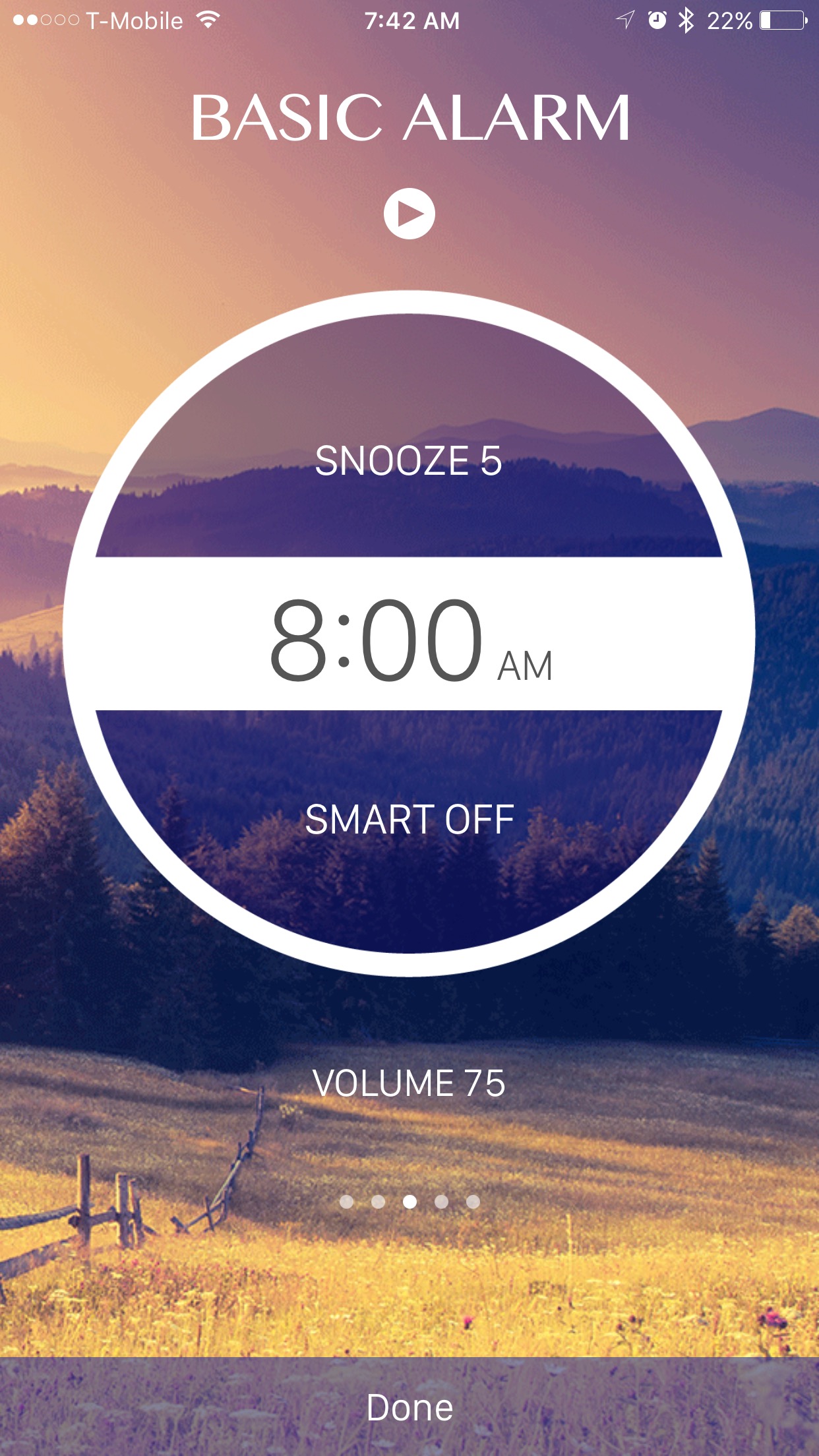 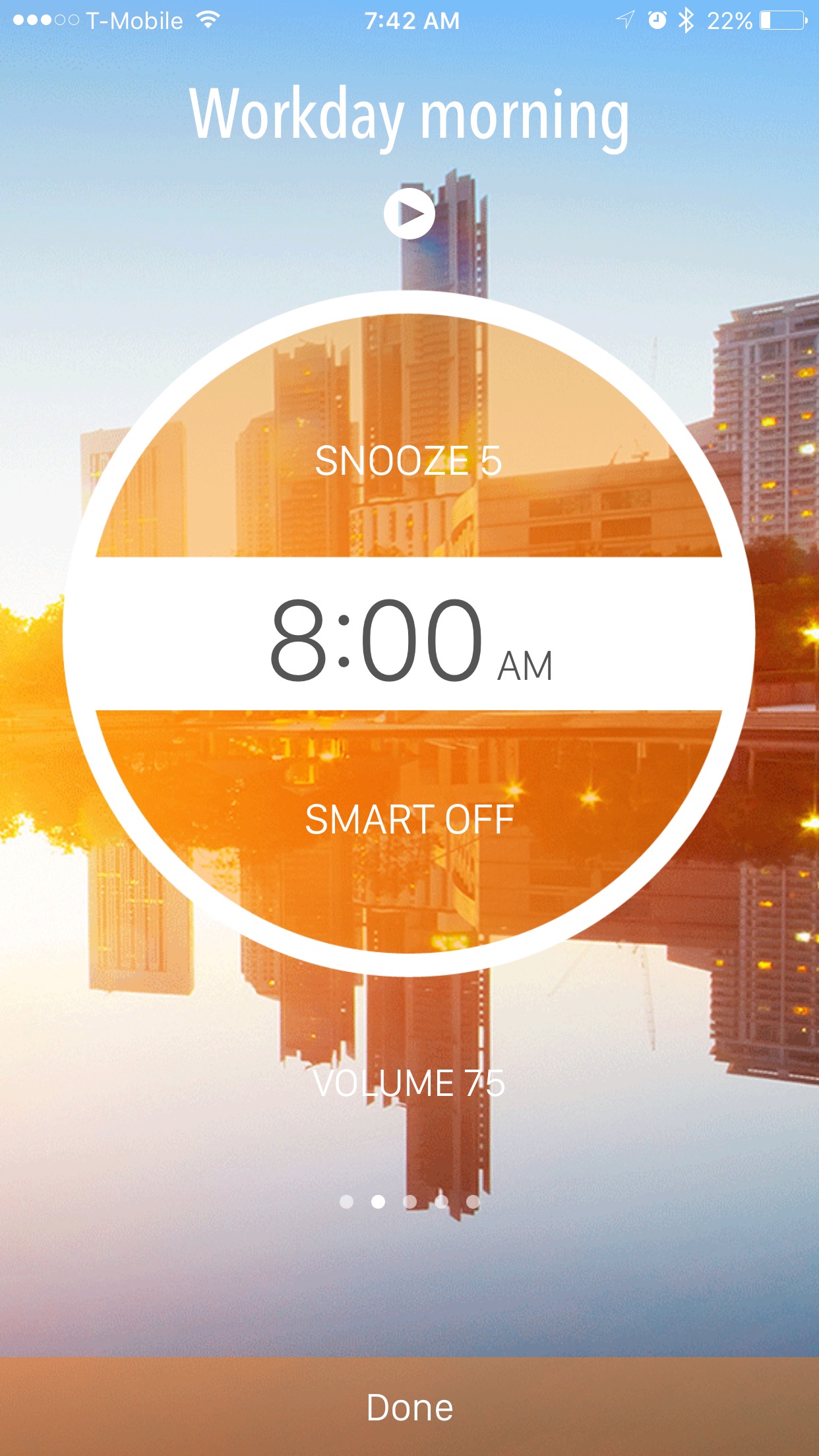 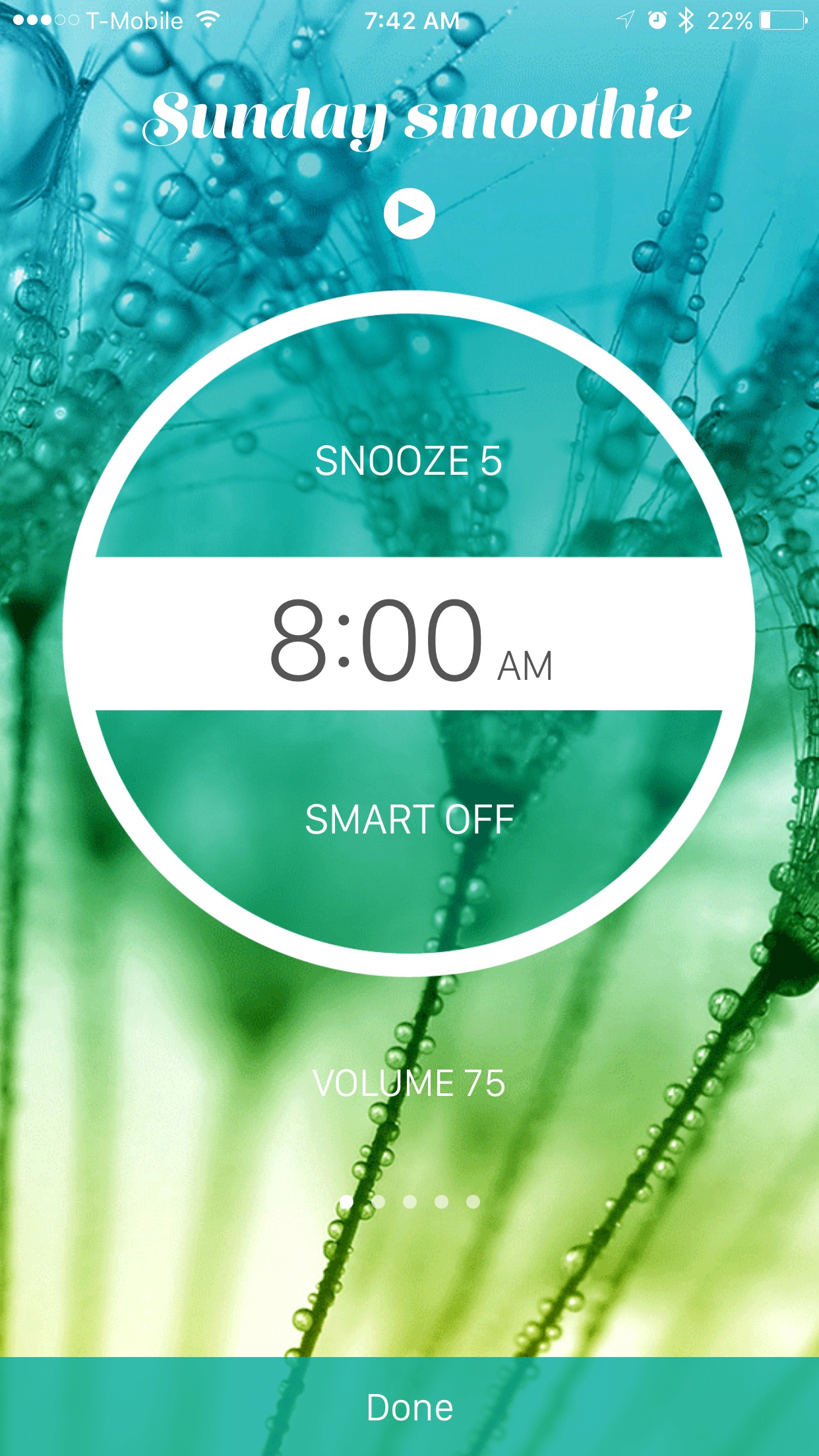 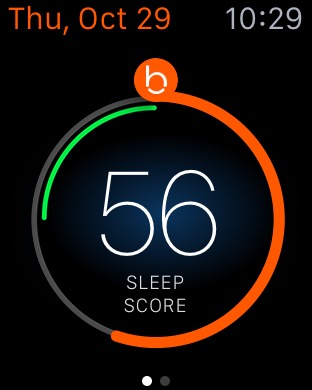 To say I used Beddit feels like lying. I was sleeping. I didn’t do much more than lay down and close my eyes.

You do need to position Beddit under your chest. That thin band needs to fall as close to center as possible. It wasn’t uncomfortable, or really even noticeable.

Beddit tells me you could place the band under a mattress topper, too. Just keep in mind the more you have between your body and the band, the more you’re jeopardizing how well it can read your body’s cues.

When I opened my eyes, the real Beddit showed up. This morning, I woke up feeling terrible. I had forgot the trouble I had falling asleep the night before, even though I slept fairly soundly through the night.

Reporting when I am going to bed is a bit unnatural, too. I typically set alarms on my phone or watch, so reaching for electronics first thing in the morning to tell Beddit I am awake isn’t a problem.

What is a problem is that Beddit needs your phone to be on and active. If you slip your phone into airplane mode at night like I do, Beddit won’t be able to communicate with the hub.

That tells me the hub has no memory, and needs a constant connection once you tell it you’re sleeping.

Battery life on your phone will also take a serious hit with Beddit if you don’t plug it in. On average, I lost about 30 percent of my battery while Beddit was doing its thing overnight.

If you’re using Apple’s Health app, Beddit will write its findings there.

While many other gadgets and apps measure sleep, I like that Beddit also measures your heart rate. The Beddit team tells me the sensors in the band are very sensitive, and the info appears to be quite accurate.

I tried Beddit out while lying still for a “nap” and measured its readings versus my Apple Watch. The readings were quite similar. The band itself doesn’t get in the way, but the adhesive means it’s staying put. If you need to flip your mattress often, I can see Beddit losing its grip over time.

The Beddit app power consumption is obtuse for those who don’t charge their phones nightly. If you’re comfortable reducing your battery life by 30 percent off the top, you won’t care. I do. I also prefer airplane mode at night (I get a ton of email and other notifications), and Beddit doesn’t support that.

I don’t see much use for Beddit in my life, but I also have no health issues. If I did — say, apnea or a similar condition where info about my body while I sleep was important — Beddit would probably be critical.

You can buy the Beddit Smart sleep monitor from the Beddit website, or via Amazon.