The OnePlus 8 and 8 Pro have suffered no shortage of leaks in the months leading up to today, but they are now truly official.

I’ve had the chance to go hands-on with the devices for about a few days before launch. While I’m not quite ready to write a final review — I haven’t been able to go out and take enough camera samples to be satisfied during the ongoing pandemic in New York — I’ve used the phones enough to give an early recommendation. We went over the specs and key features in our announcement post, so my current focus is on the user experience.

I’ve got to admit, writing OnePlus reviews gets pretty repetitive — but mostly in a good way. The phones look nice, are built well, have class-leading performance, and are priced a bit cheaper than most of the competition. It’s a similar story with the OnePlus 8 and 8 Pro, but this time the latter earns the ‘flagship’ title more than ever.

Both devices are well-designed glass and metal sandwiches, although the Pro is less remarkable than last year’s models. That’s because the company abandoned the nifty pop-up selfie camera — which allowed for a stunning uninterrupted display — and opted for a very run of the mill hole-punch camera instead. OnePlus says this was to allow for more room for internal components, which I get, but I’m going to miss that differentiating factor.

Otherwise, it’s a pretty standard design. You have four cameras on the rear, thin bezels, and rounded edges. That said, I dig the rich, ‘ultramarine’ blue finish on my review unit is stunning, and I will always appreciate the fact OnePlus devices come with a physical slider to switch between ringing, vibration, and silent.

The non-Pro model, meanwhile, looks almost identical to the Pro, except for the fact it’s a bit smaller and is missing a camera. The ‘interstellar glow’ finish on my review unit — not available for the Pro model — is a psychedelic mix of blue, pink, and orange hues and I can’t help but keep staring at it. It makes me lament the fact the phone doesn’t come with a transparent protective case the way the Pro model does.

The phones really shines when you turn the screen on (pardon the pun). The displays are stunning, and suddenly the Pixel 4 that’s been my daily driver since the fall looks woefully outdated. The OnePlus screens get brighter, the colors are better, and those curved edges — who needs palm rejection — just look cool. This isn’t just a subjective assessment either, as the OnePlus 8 series is the new class leader among DisplayMate’s screen reviews.

But it’s the 120 Hz refresh rate on the Pro that really pulls you in. I’m not sure everyone will be able to tell the difference between 120Hz and 90 Hz, but the contrast from a typical 60Hz screen is massive. It makes the OnePlus 8 Pro feel smoother than any other phone I’ve used, though the regular OnePlus 8 — which ‘just’ has a 90Hz display — is not far behind. Just scrolling around the UI is fun in the way the phone seems to react perfectly to your movement, and manages the quick refresh rate with minimal ghosting as sometimes seen on PC monitors or some phones.

On the Pro, OnePlus takes further advantage of the quick refresh rate by allowing you to enable ‘Motion Graphics Smoothing.’ It’s basically exactly what it sounds like, the same kind of motion smoothing you see on TVs at Best Buy that makes everything look like it’s being fast-forwarded.

That said, for some reason, it doesn’t bother me nearly as much on the 8 Pro; perhaps the smoothing algorithm is better, or maybe it just doesn’t cause the same headaches on a small screen. It’s actually quite awesome for gaming content, where high refresh rates feel quite at home. Still, I wish OnePlus allowed you to toggle the feature through the notifications menu rather than having to dig through Settings; it’s something you’ll likely want to enable on a case-by-case basis.

As is OnePlus’ M.O., the phones are relatively free of software bloat. There are a few established OnePlus touches though. Some of my favorites:

But that’s about it. You won’t find the plethora of options available on competing phones from Samsung or Huawei, but it’s not quite as sparse as a Pixel either. The one feature I miss the most from other flagships is a one-handed mode that shrinks the screen for extra comfort while using the phone with one limb, but the company is apparently working on it.

While the OnePlus 8 Pro doesn’t feature any specs that are particularly unique, a few small additions help the phone feel more like a flagship than its predecessors. Notably, the device finally supports wireless charging, something OnePlus has held out on longer than just about anyone else.

The company has previously claimed it omitted wireless charging because it was too slow, so the company’s solution was simply to make wireless charging a lot faster. Though you’ll have to pony up 70 bucks to take advantage of the speeds, OnePlus’ Warp 30 Wireless charger is perhaps the fastest of its kind. The phone can charge to 50 percent in just 30 minutes even when the phone is on, a claim I’ve verified myself. That’s about as fast as the phone charges through its power brick, and it was already one of the fastest at that too. Plus, the 8 Pro works with any Qi wireless charger too.

Wireless charging is one way the larger model differentiates itself from its smaller sibling, which doesn’t even support the slow kind, though you shouldn’t have to top up that often with solid battery life. The Pro is also the first OnePlus phone to officially be IP68 rated; the regular model should survive some splashes, but it doesn’t have official certification.

Then there’s the camera, where the 8 Pro really pulls ahead, and where it feels like OnePlus is really starting to stake its claim as a legit option for photographers. With the disclaimer that I’ve been able to do less shooting with the 8 Pro than I normally like before publishing a review the results so far are encouraging.

The company is using a massive, 48MP, 1/1.4-inch sensor for its primary camera. Despite using the same megapixel count as the 7T, the sensor is actually significantly larger than last year’s. It only slightly trails the P40 Pro and S20 Ultra, which have some of the largest sensors on the market, while being significantly larger than the Pixel 4’s or the regular S20’s.

This combined with some refined image processing translates into a major leap in image quality; I was surprised by how little I found myself missing my Pixel 4 XL. I’m used to other phones with higher pixel counts being sharper, but OnePlus’ color rendering and contrast seem to have improved substantially over the past year as well. Video, too, has improved significantly, as the OnePlus phones now capture HDR video as well.

My favorite change, however, is the fact OnePlus is actually using the 7T’s primary sensor on its ultra-wide camera this year, meaning that the photos from this lens are actually close to the results you get from the main shooter. It’s one of my biggest pet peeves when a phone includes a good primary camera only to have the ultrawide photos look like they were shot with a potato.

The telephoto implementation is less successful in terms of overall image quality and sharpness, although still pretty decent in terms of color rendering. OnePlus is using an 8MP, 3x zoom camera which provides decent results within its optical range, although it misses some of the vibrancy and dynamic range of the other sensors. The phone supports up to 30x digital zoom but anything at the end of that range should be used with no expectation of aesthetic appeal.

Then there’s the ‘color filter’ camera, which gives your photos a sort of psychedelic pop. For some strange reason, OnePlus doesn’t say exactly what this sensor does, but it appears to behave like an infrared camera filter; I could see the infrared sensor on my Pixel 4 bleeping when I turned the feature on.

This helps give trees and the like a sort of psychedelic glow, but it’s also very much a gimmick. Even OnePlus seems to know so, considering the feature is tucked away at the very end of the phone’s color filter settings. If I didn’t know to look for it, I wouldn’t know it’s there. I appreciate the originality, but I would have rather the many have gone to a better telephoto sensor instead. Still, OnePlus puts in a remarkable camera performance on the whole. 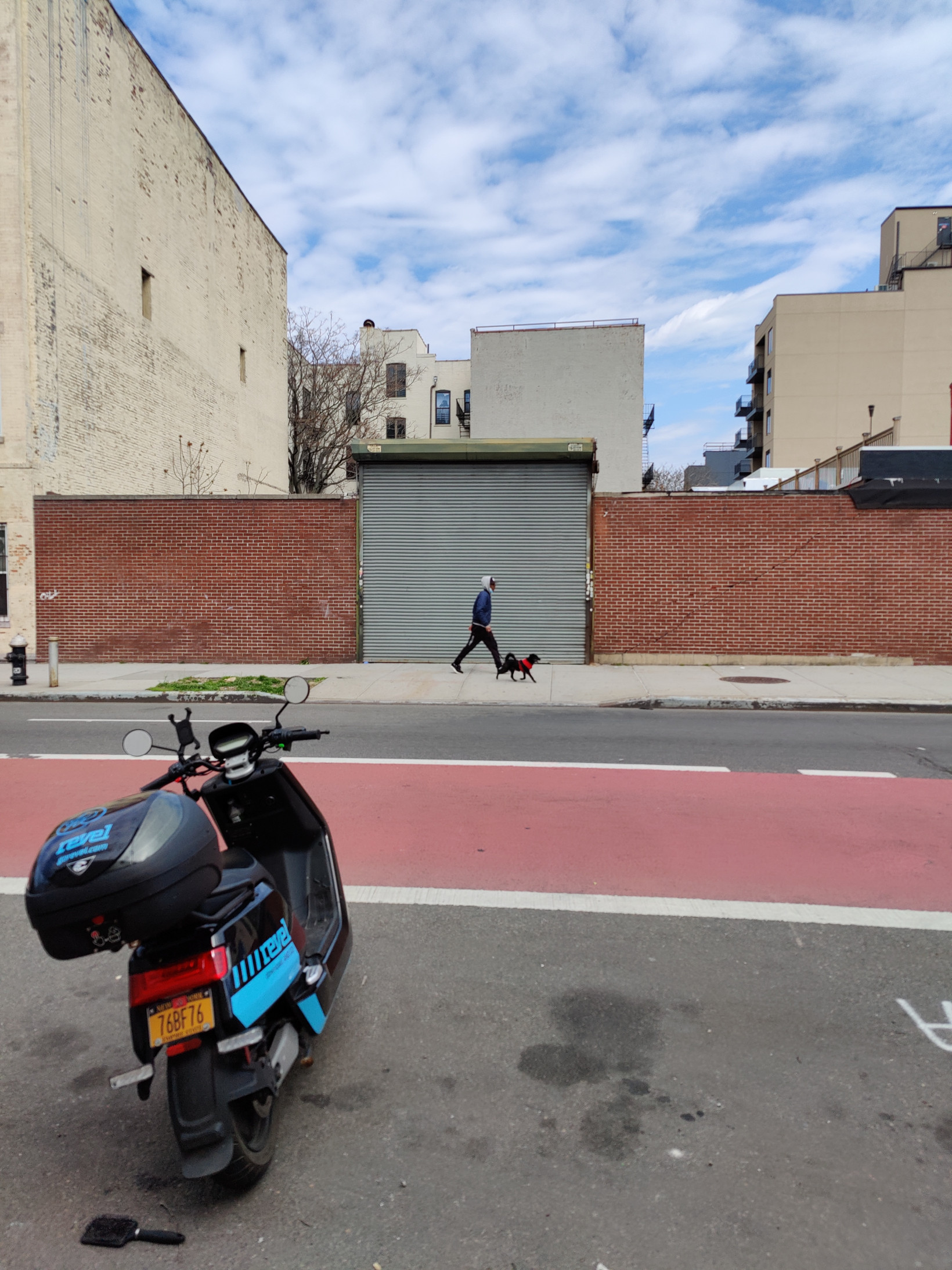 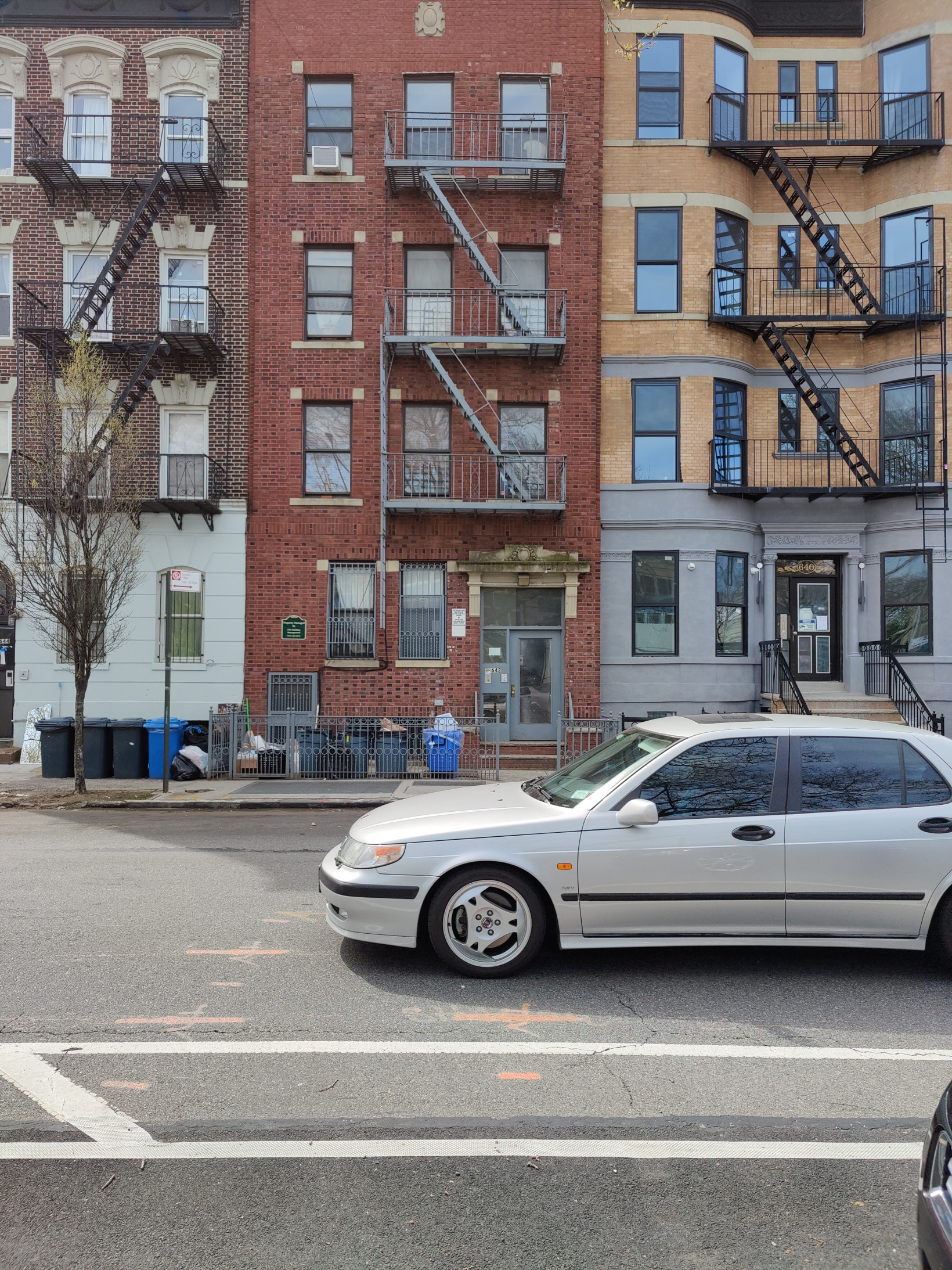 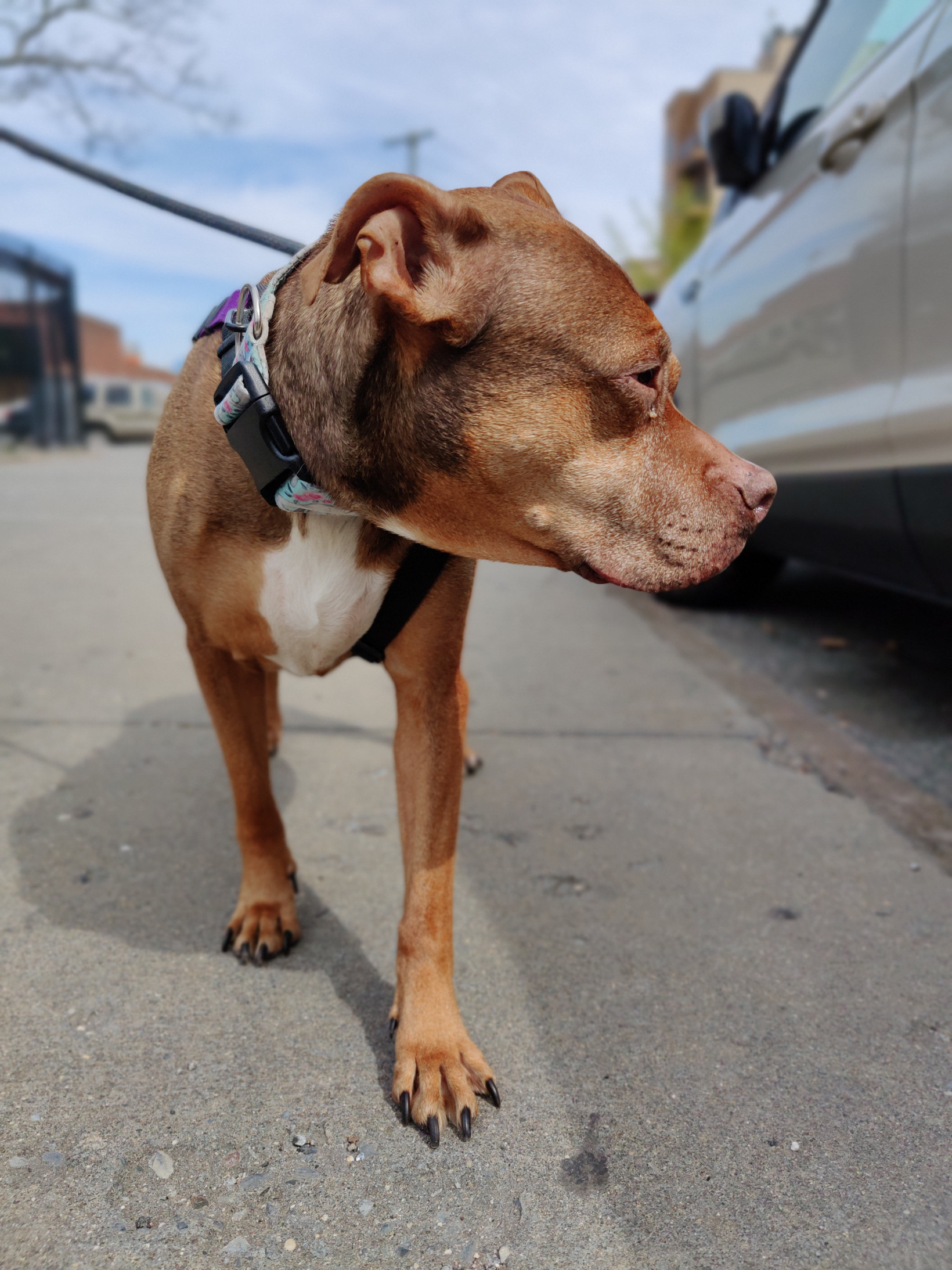 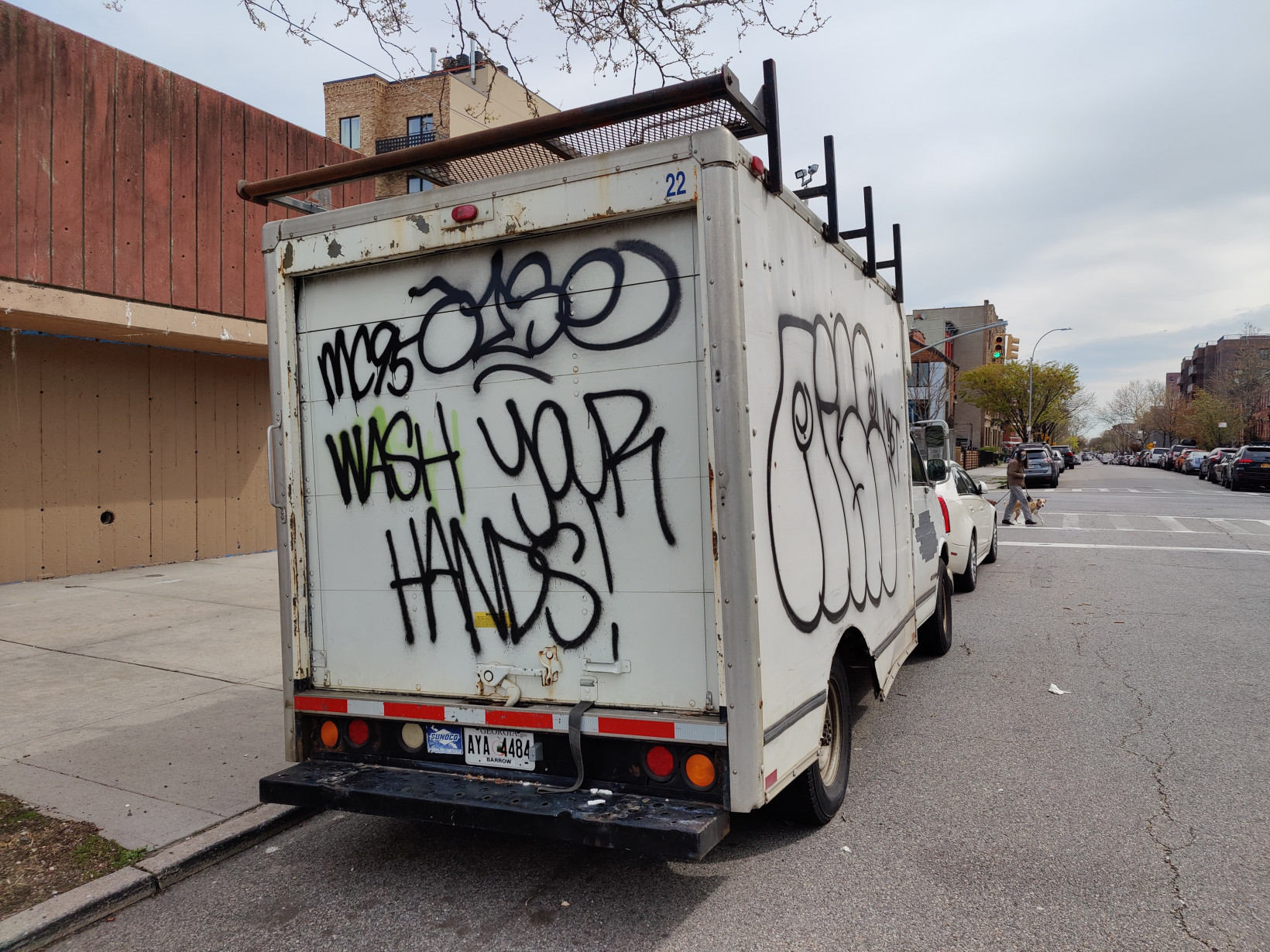 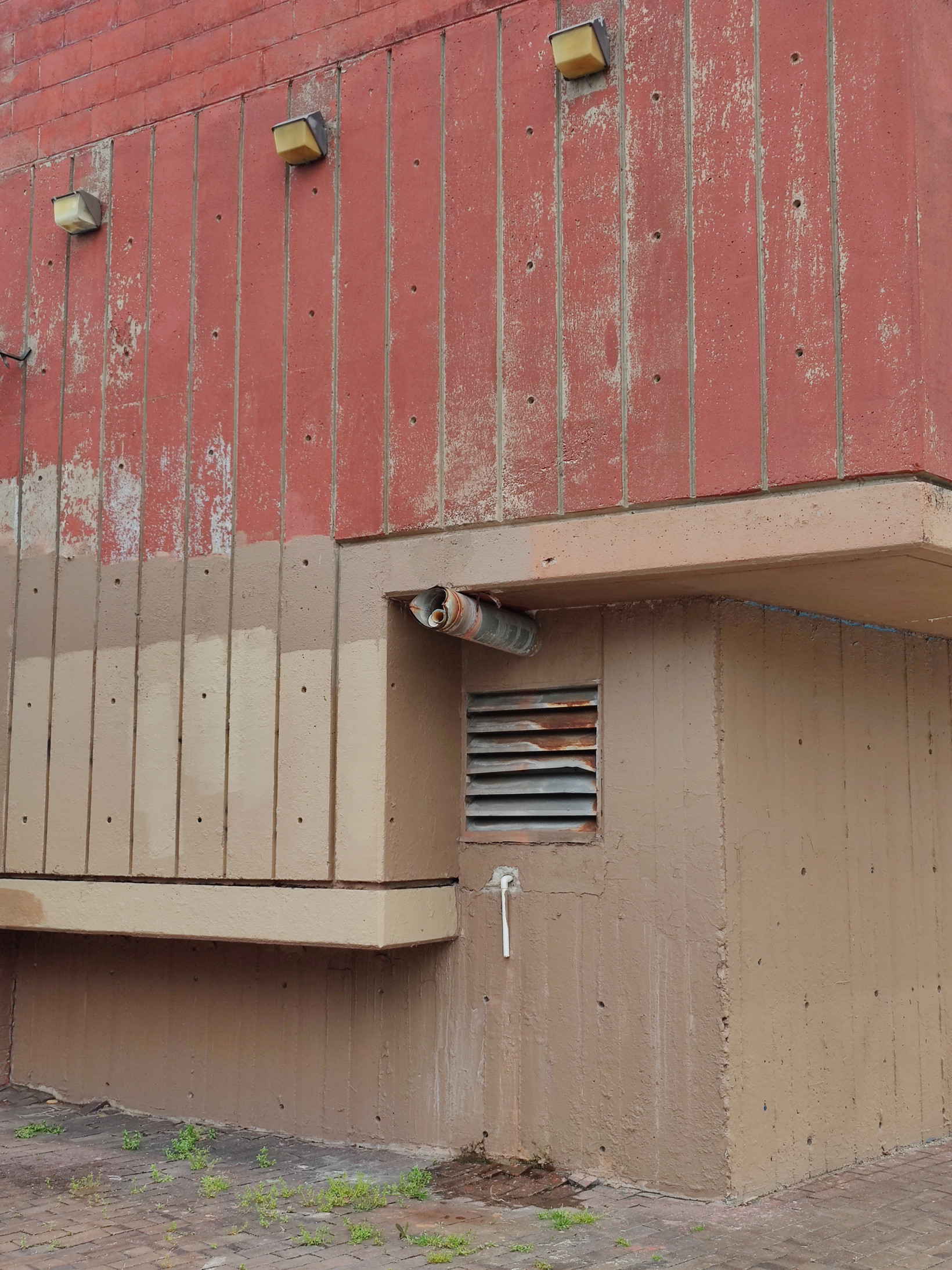 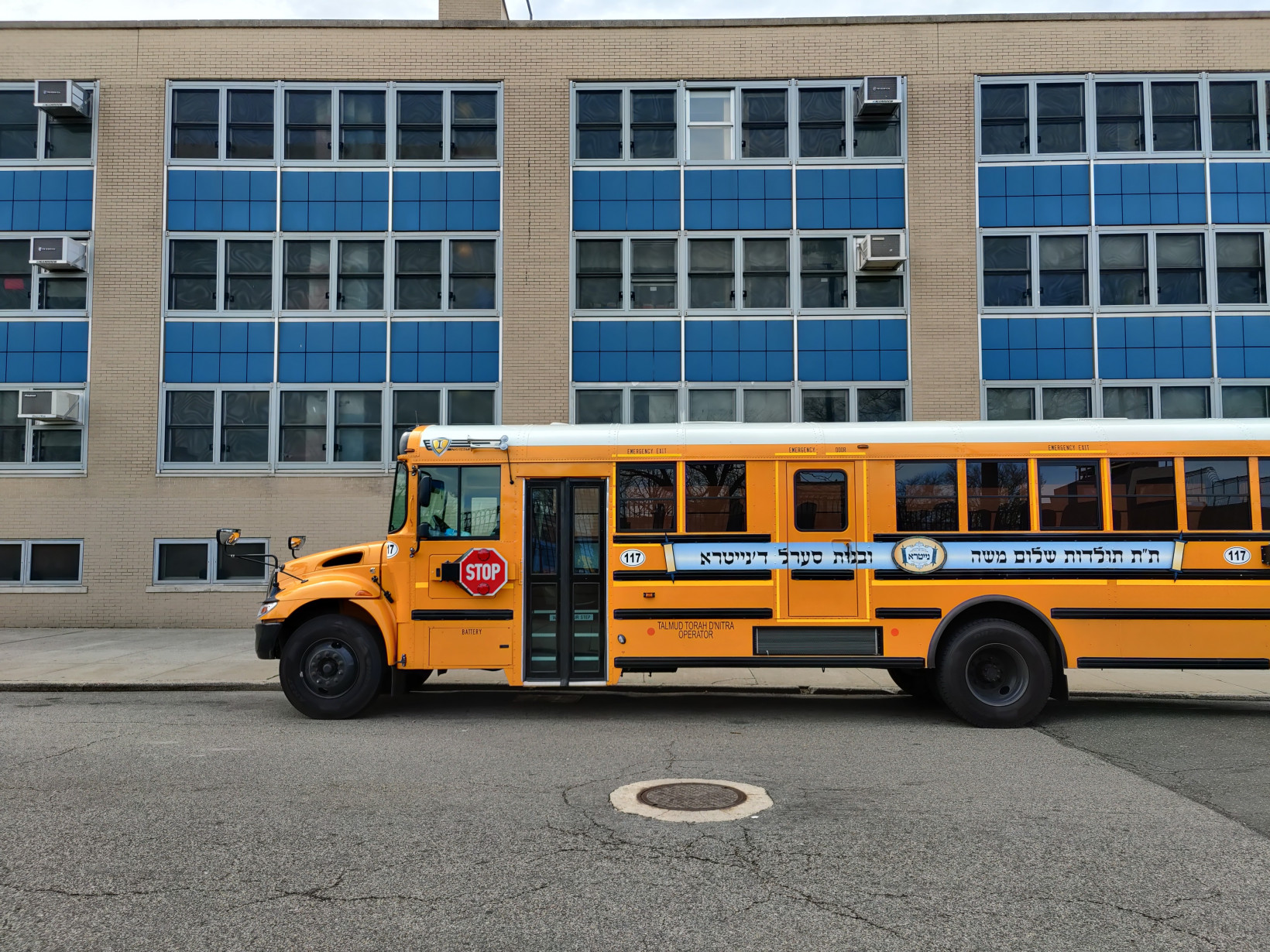 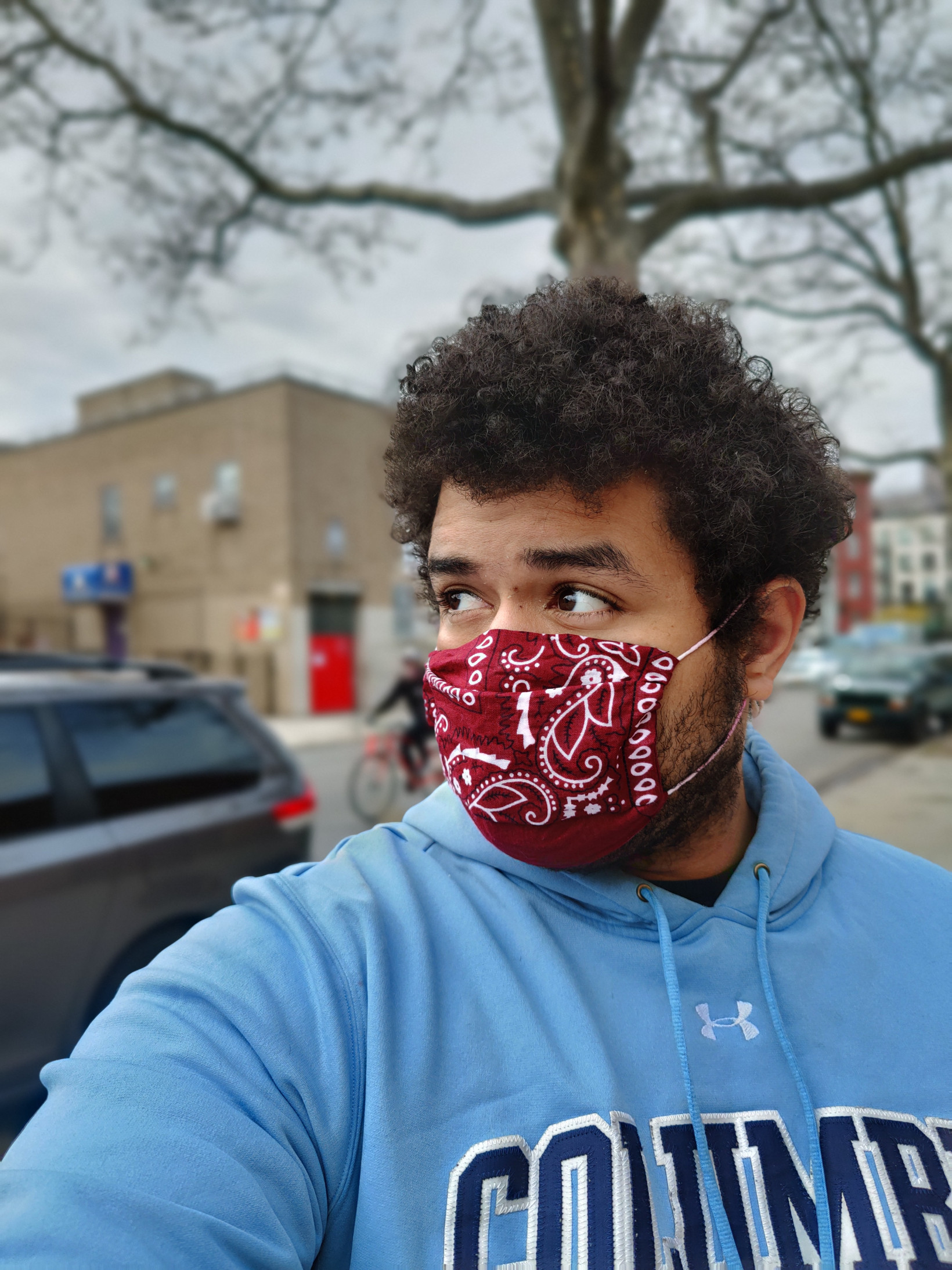 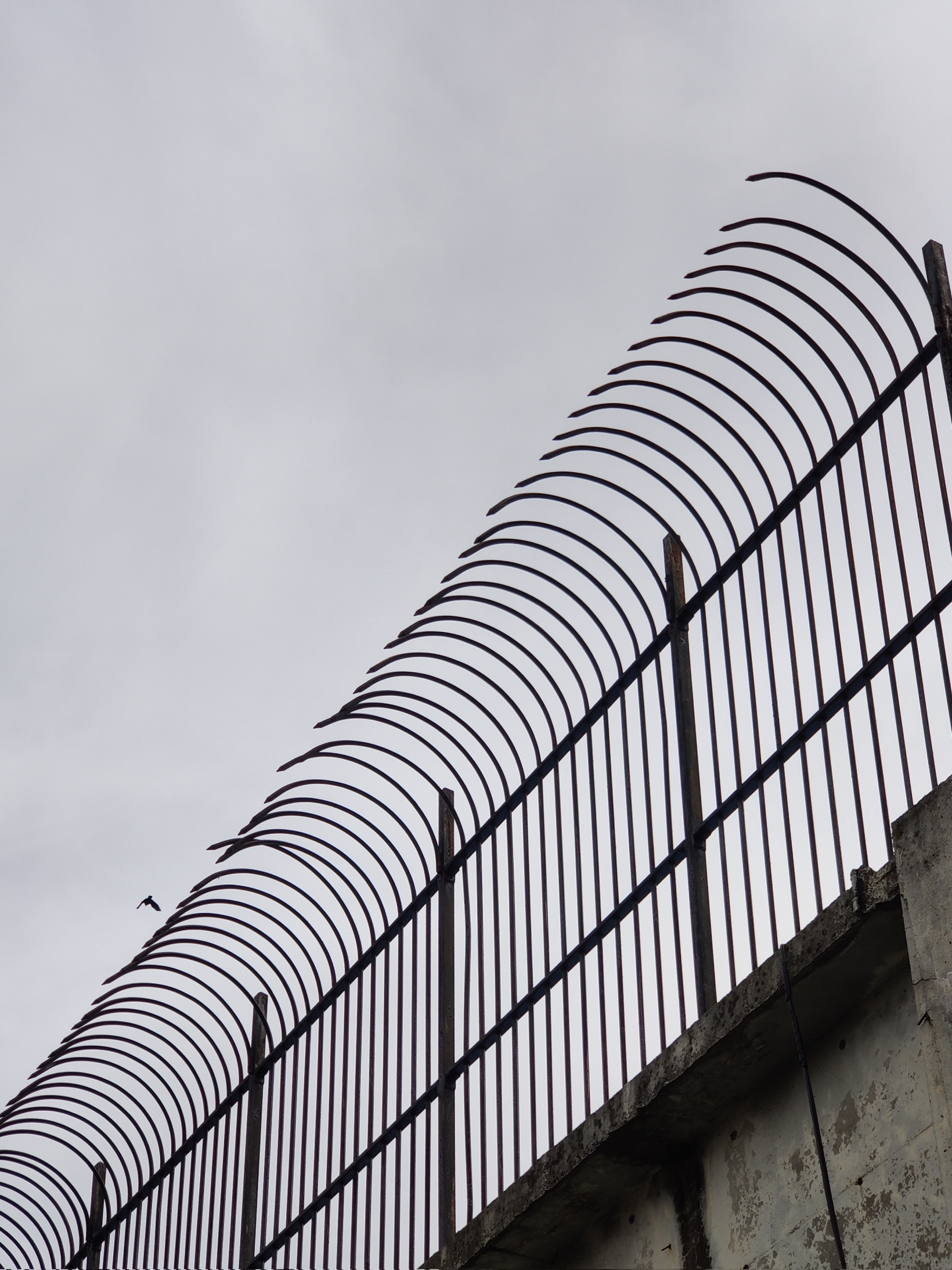 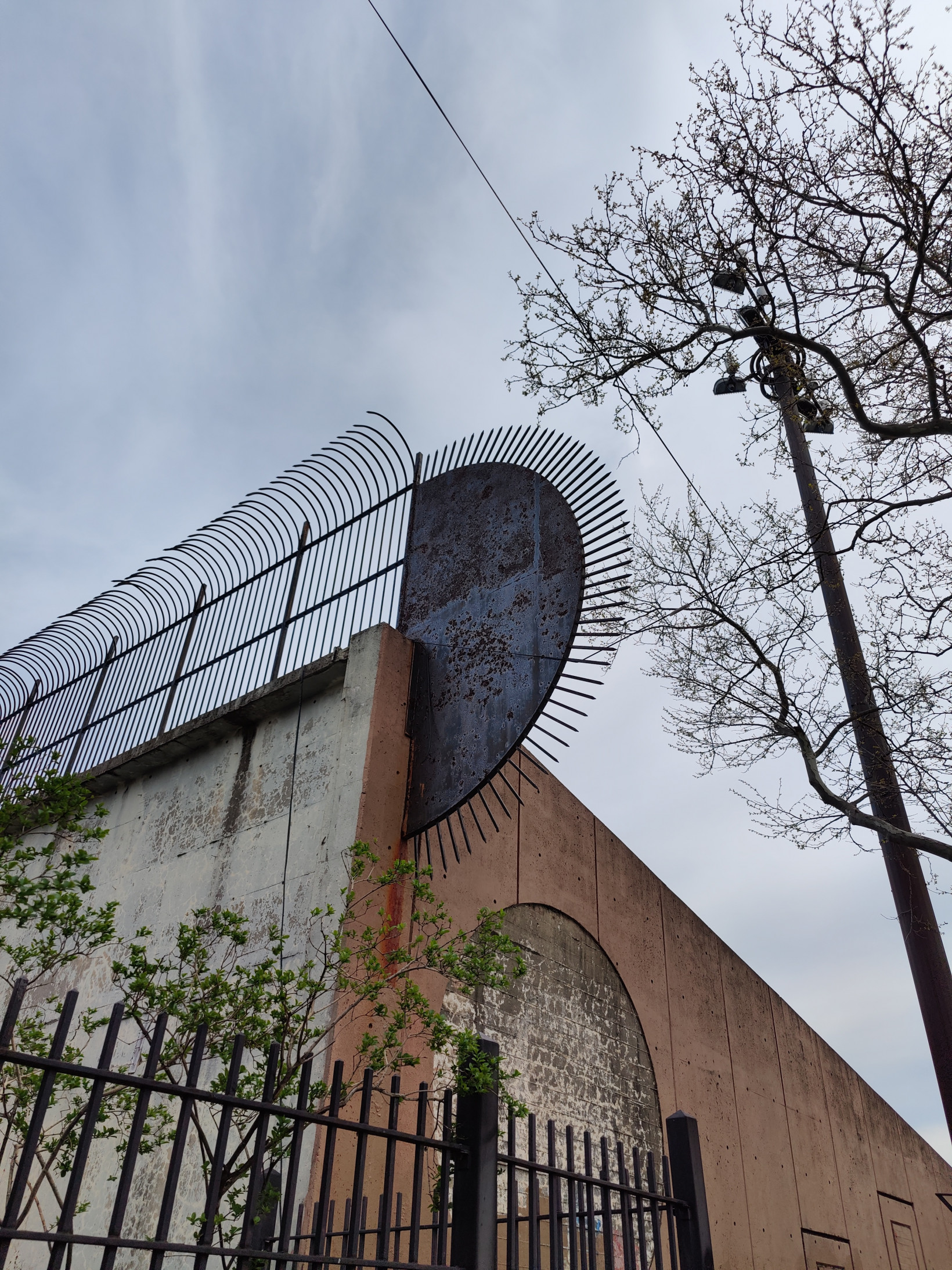 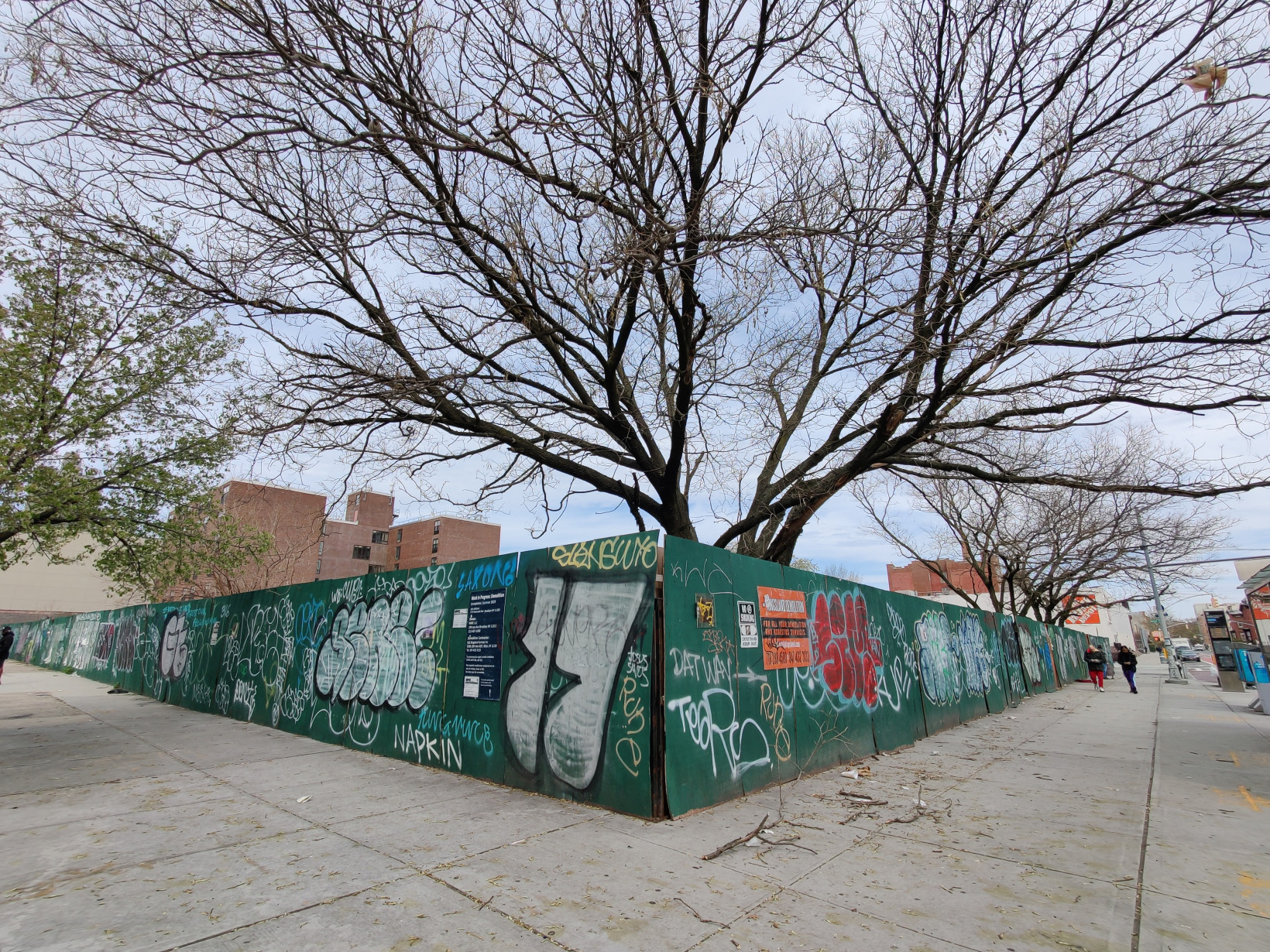 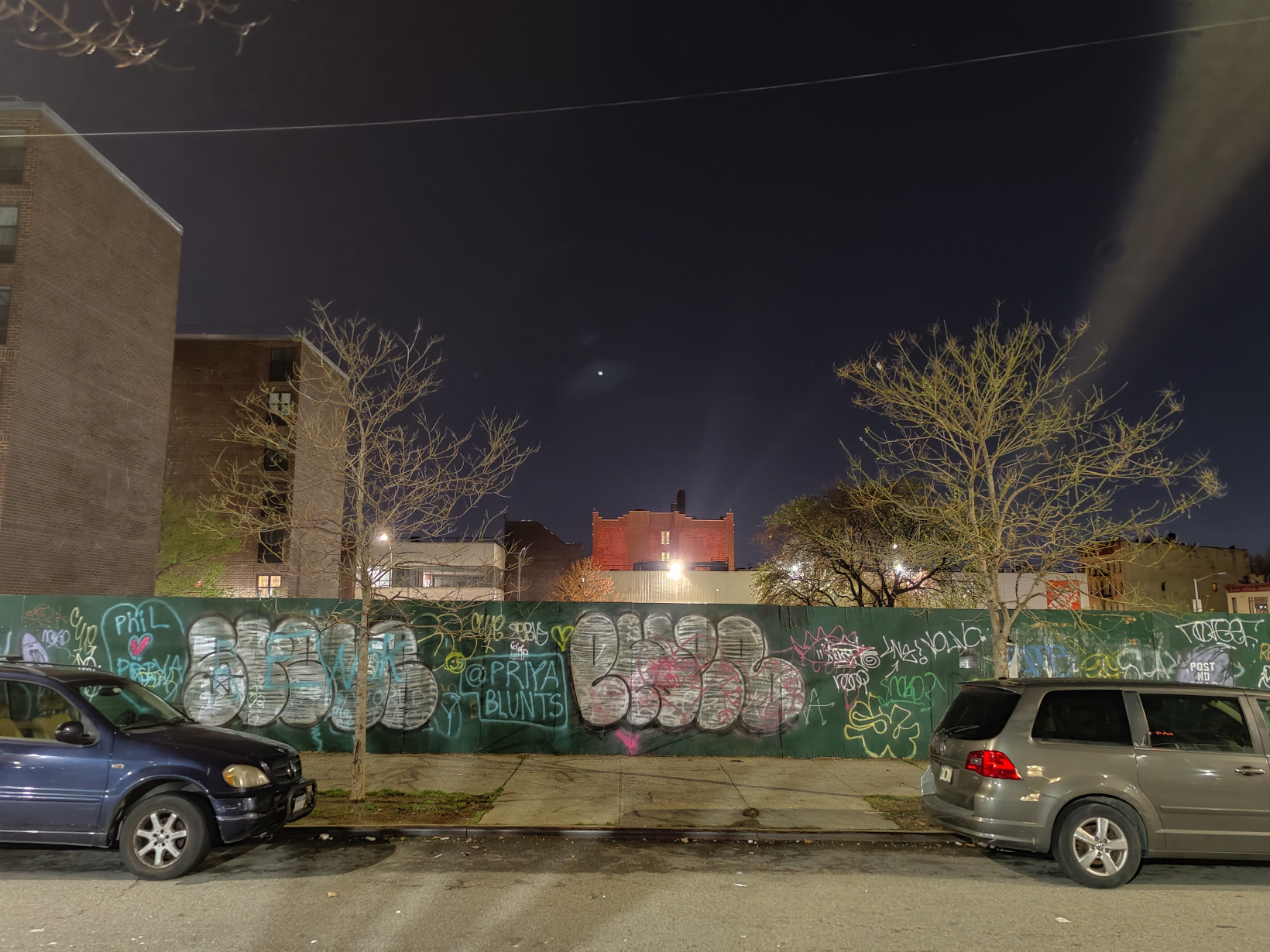 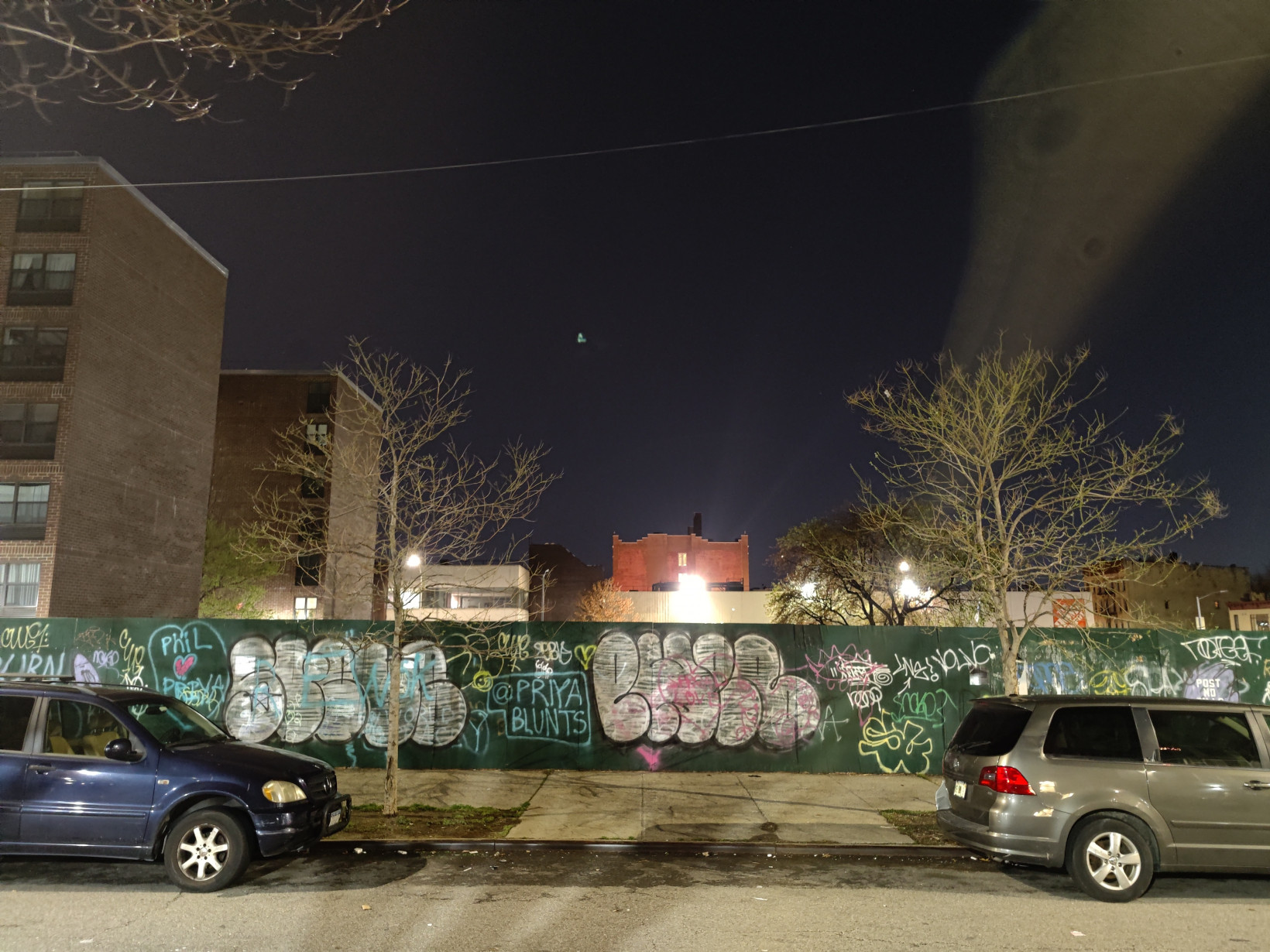 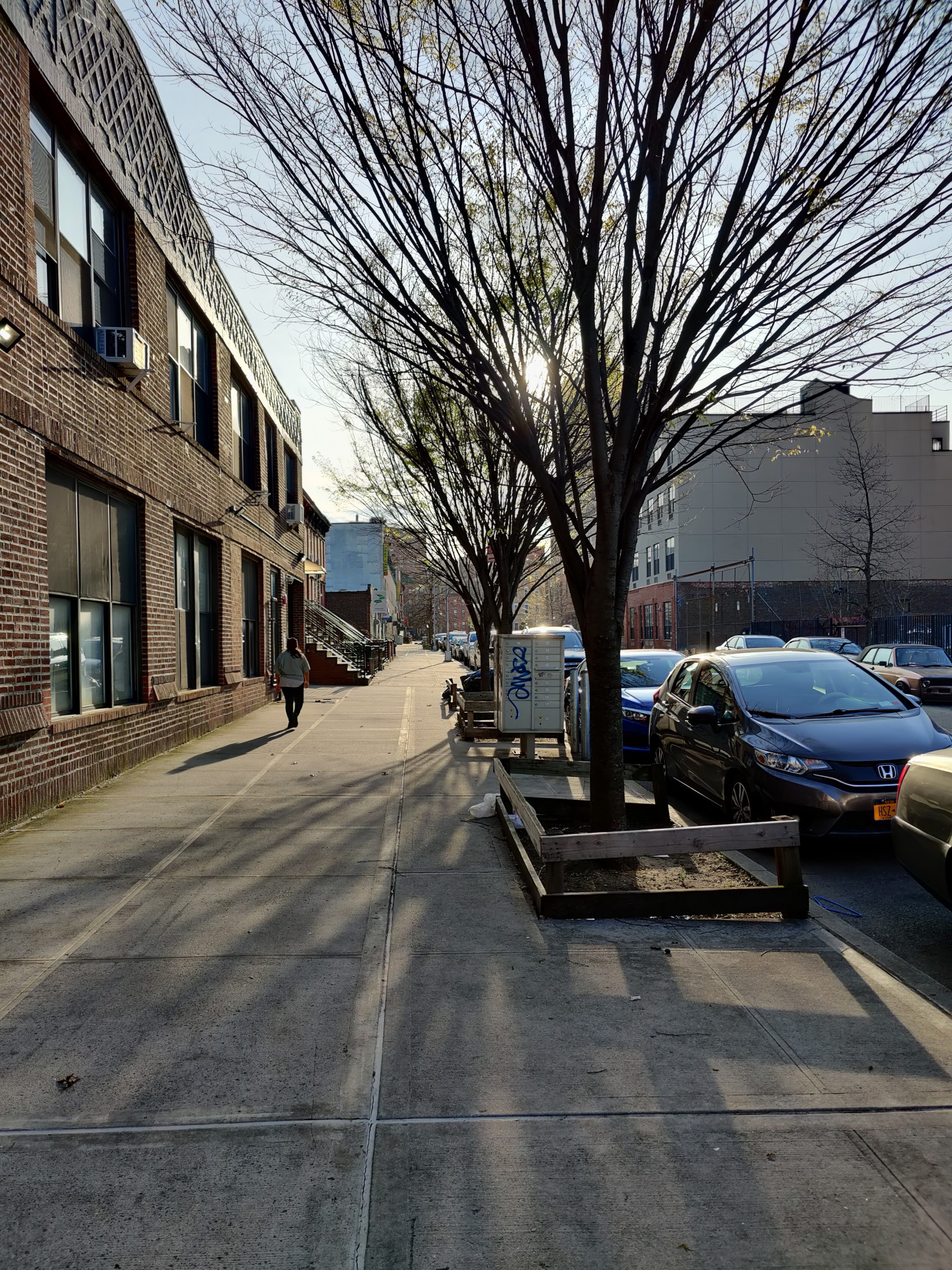 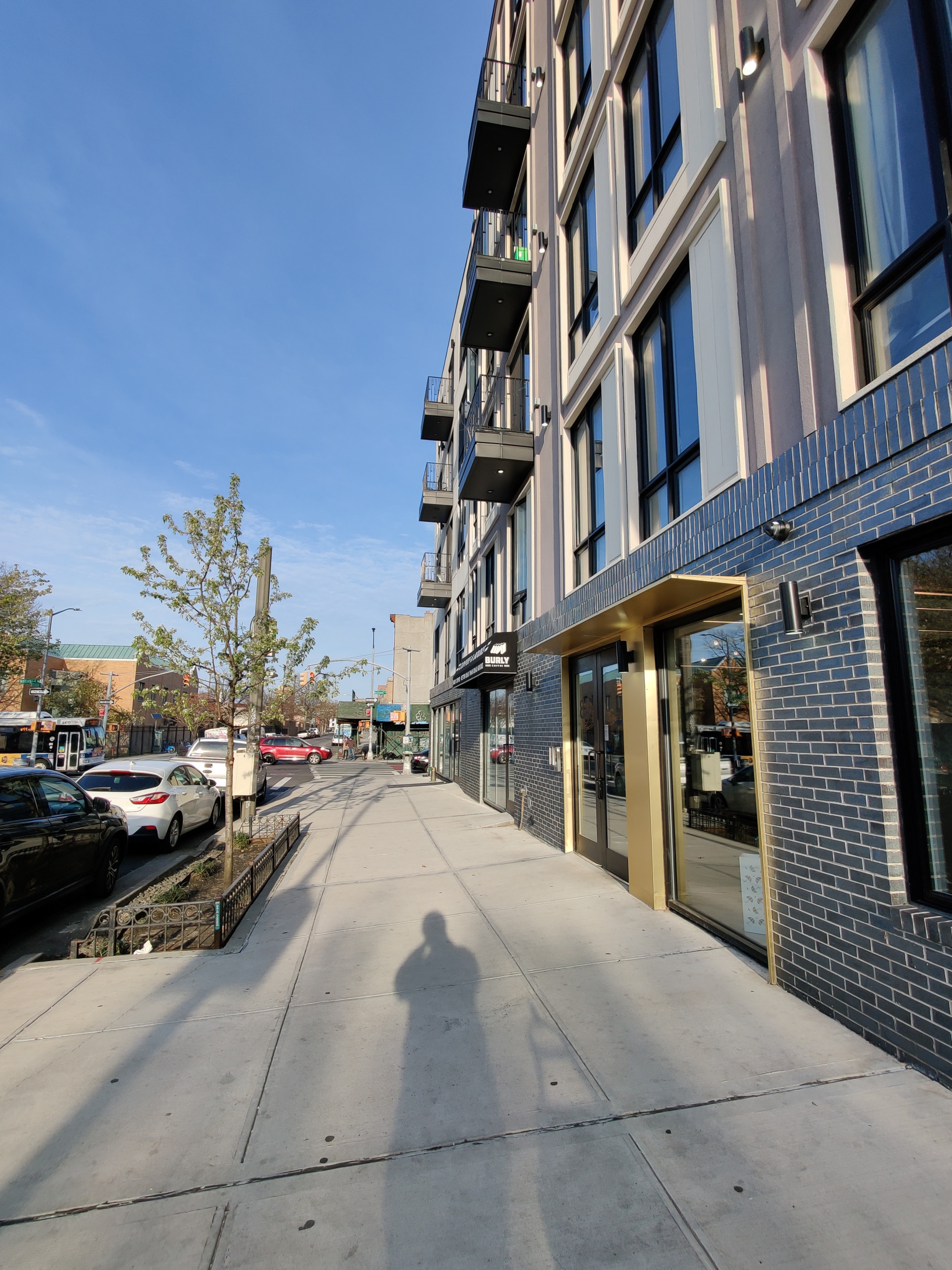 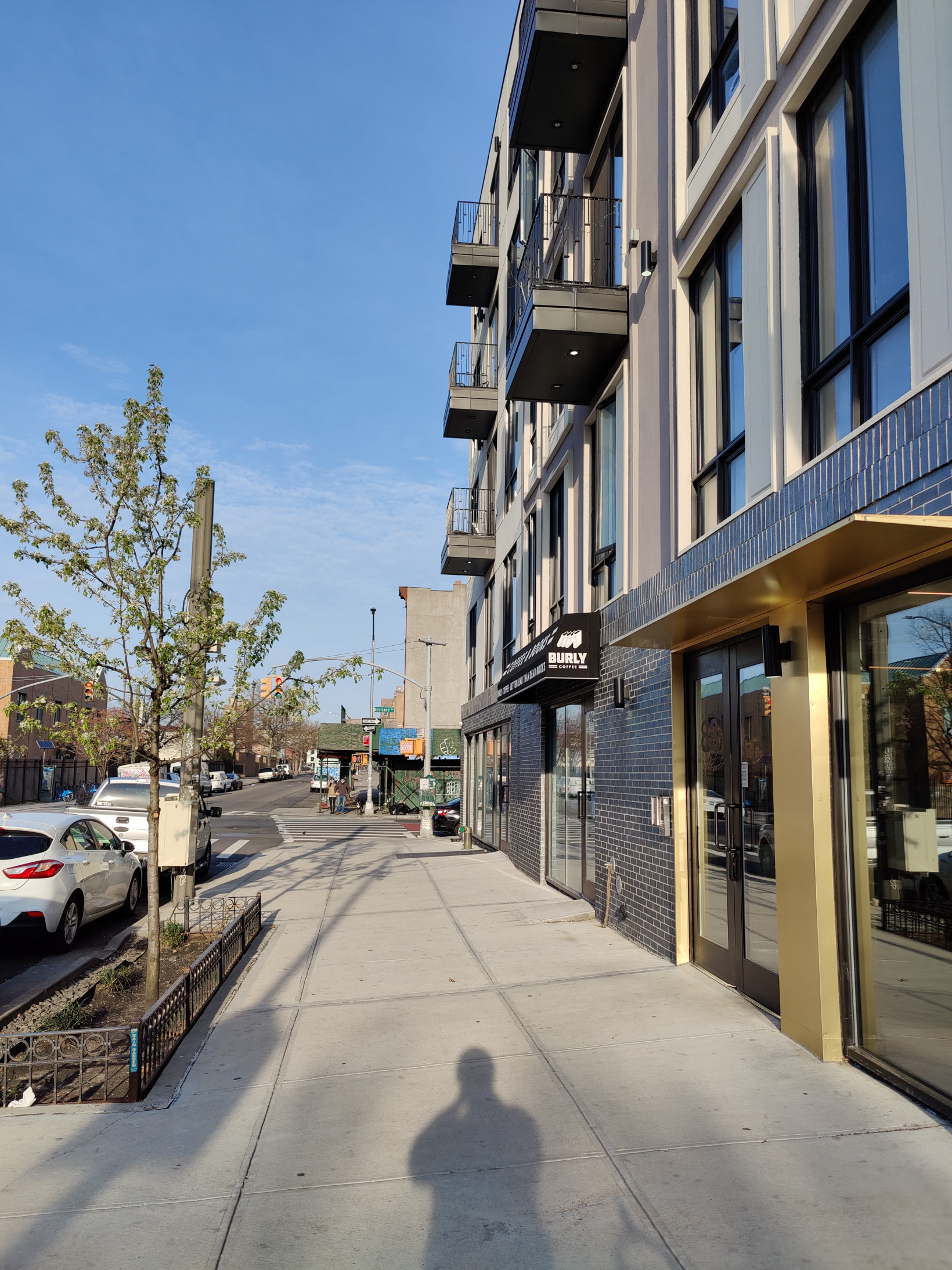 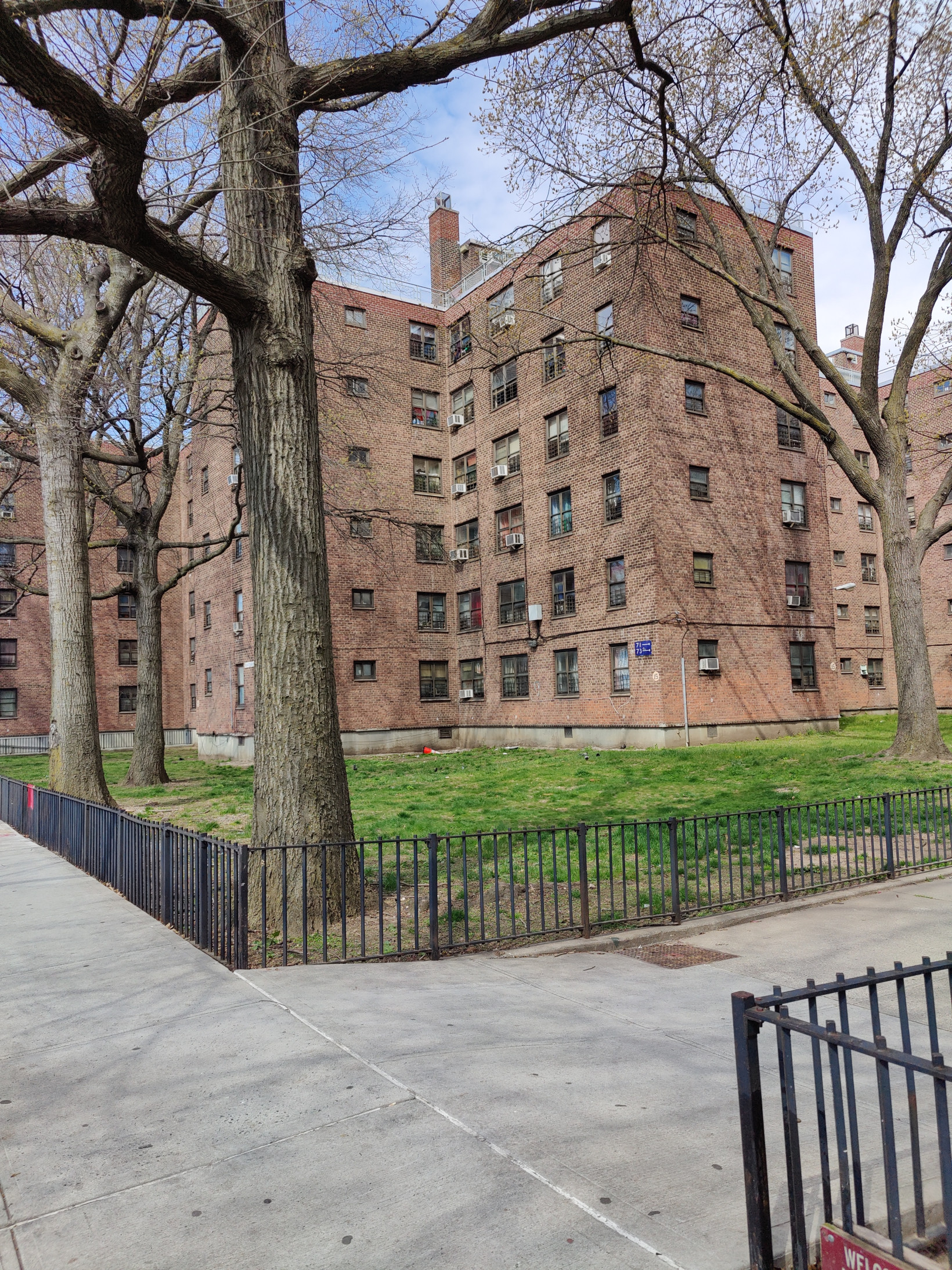 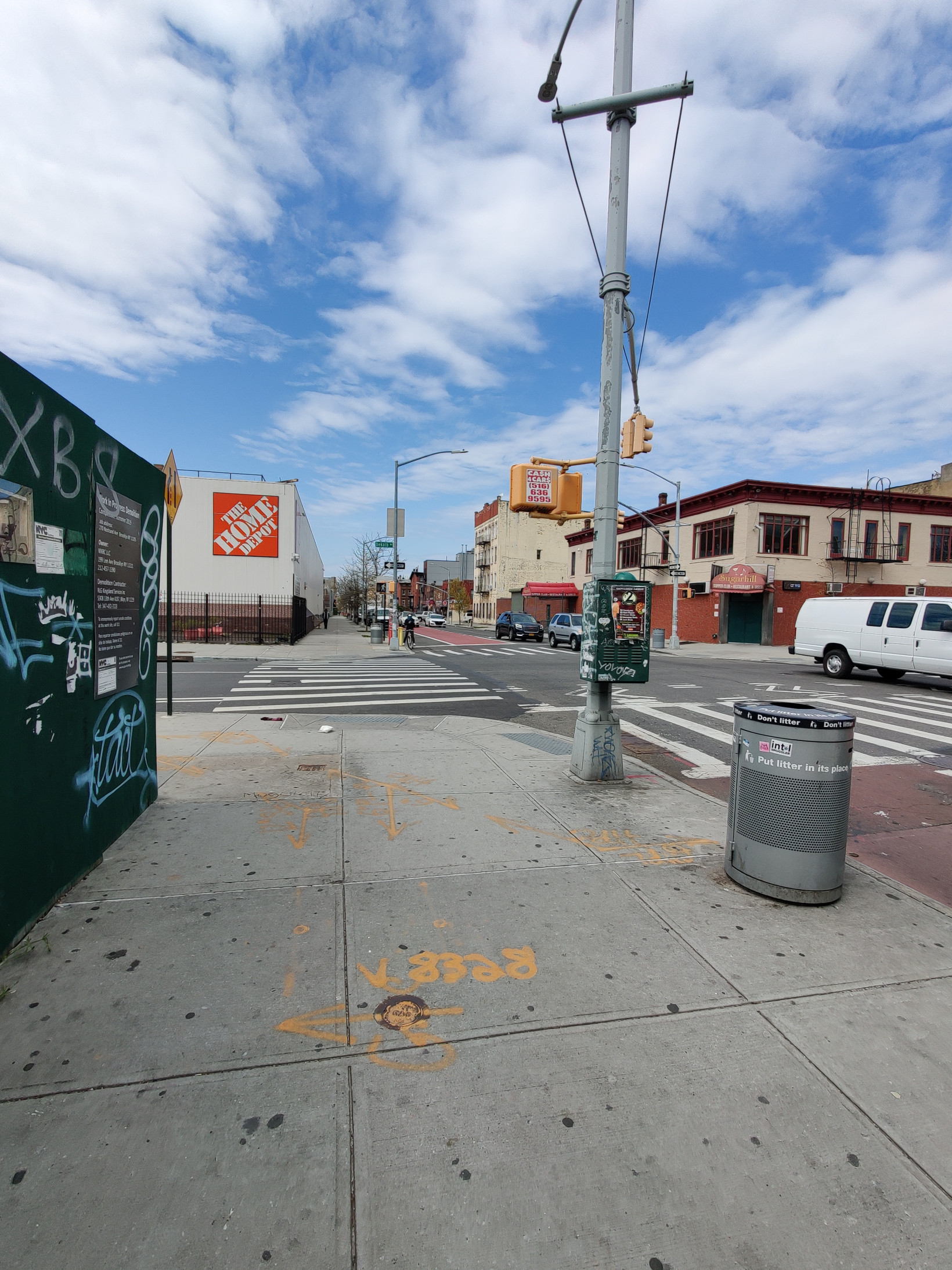 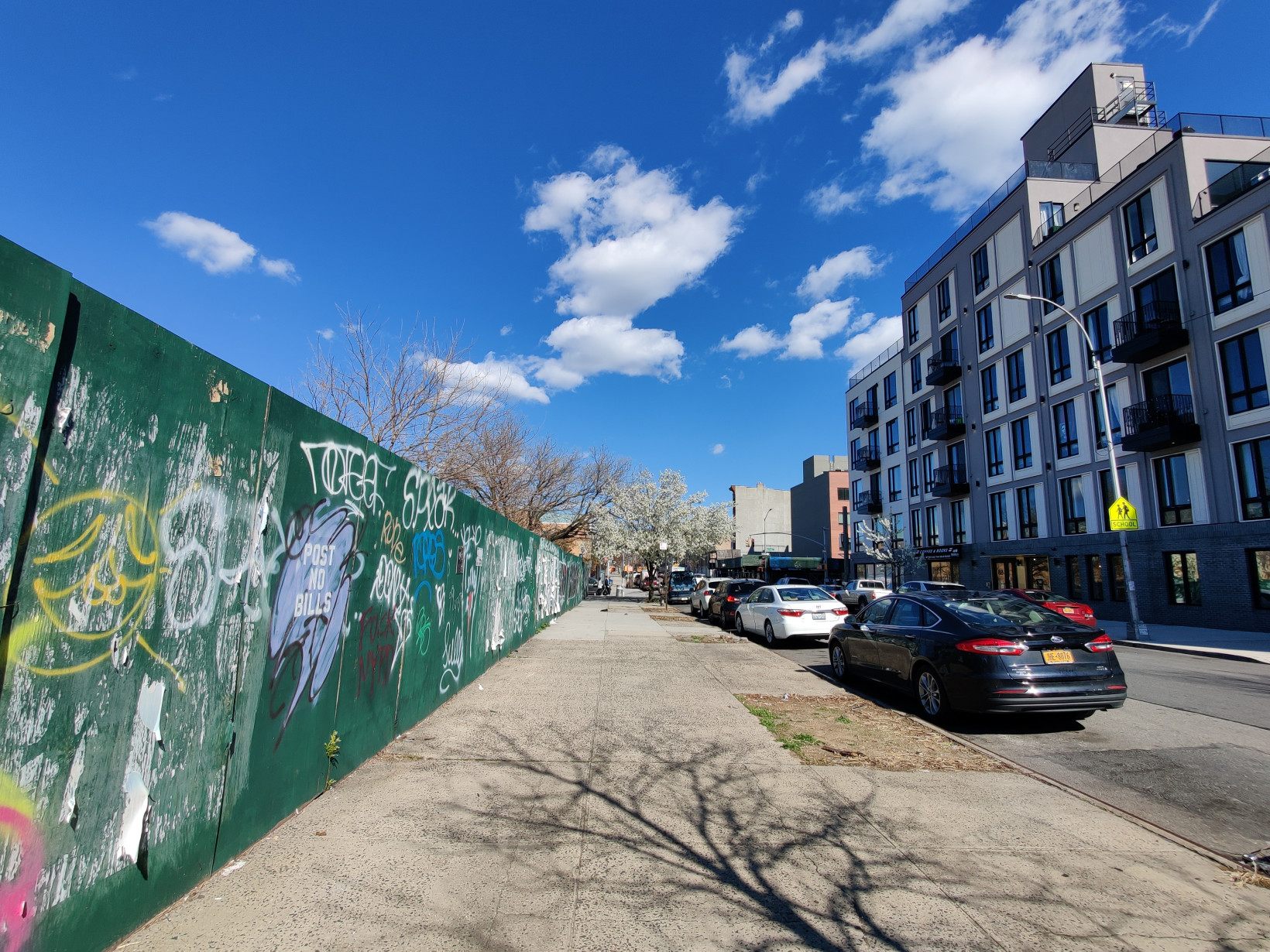 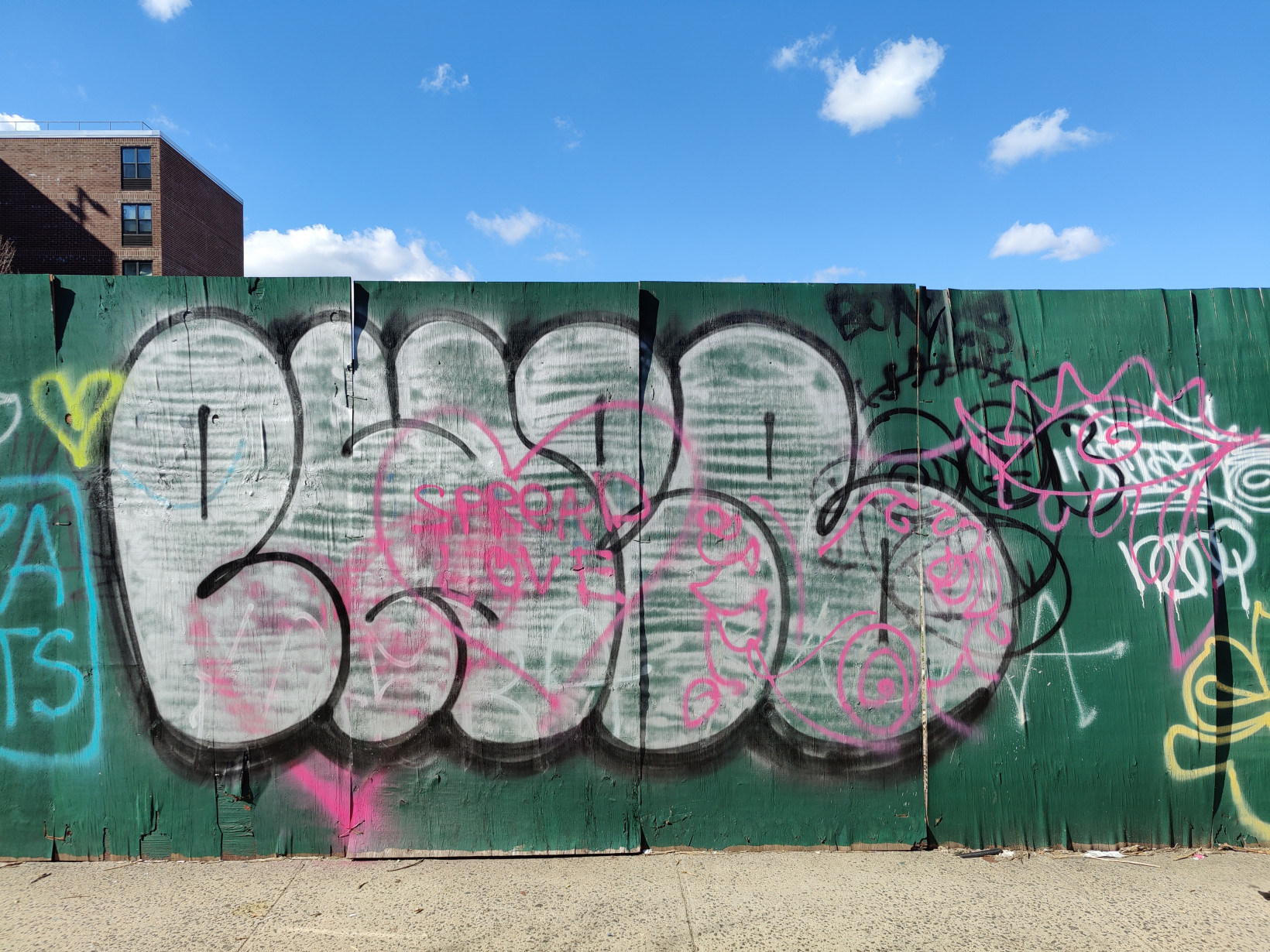 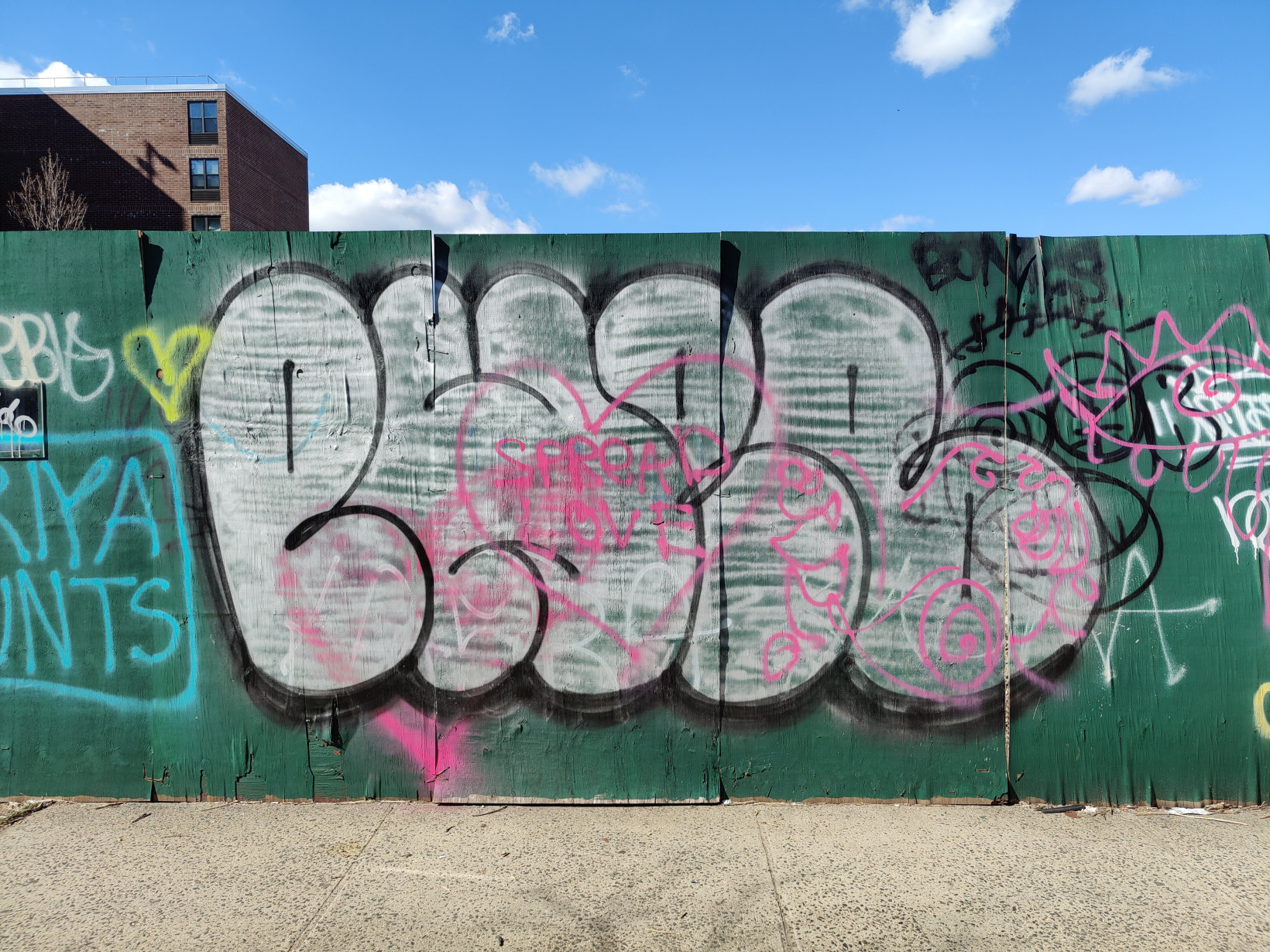 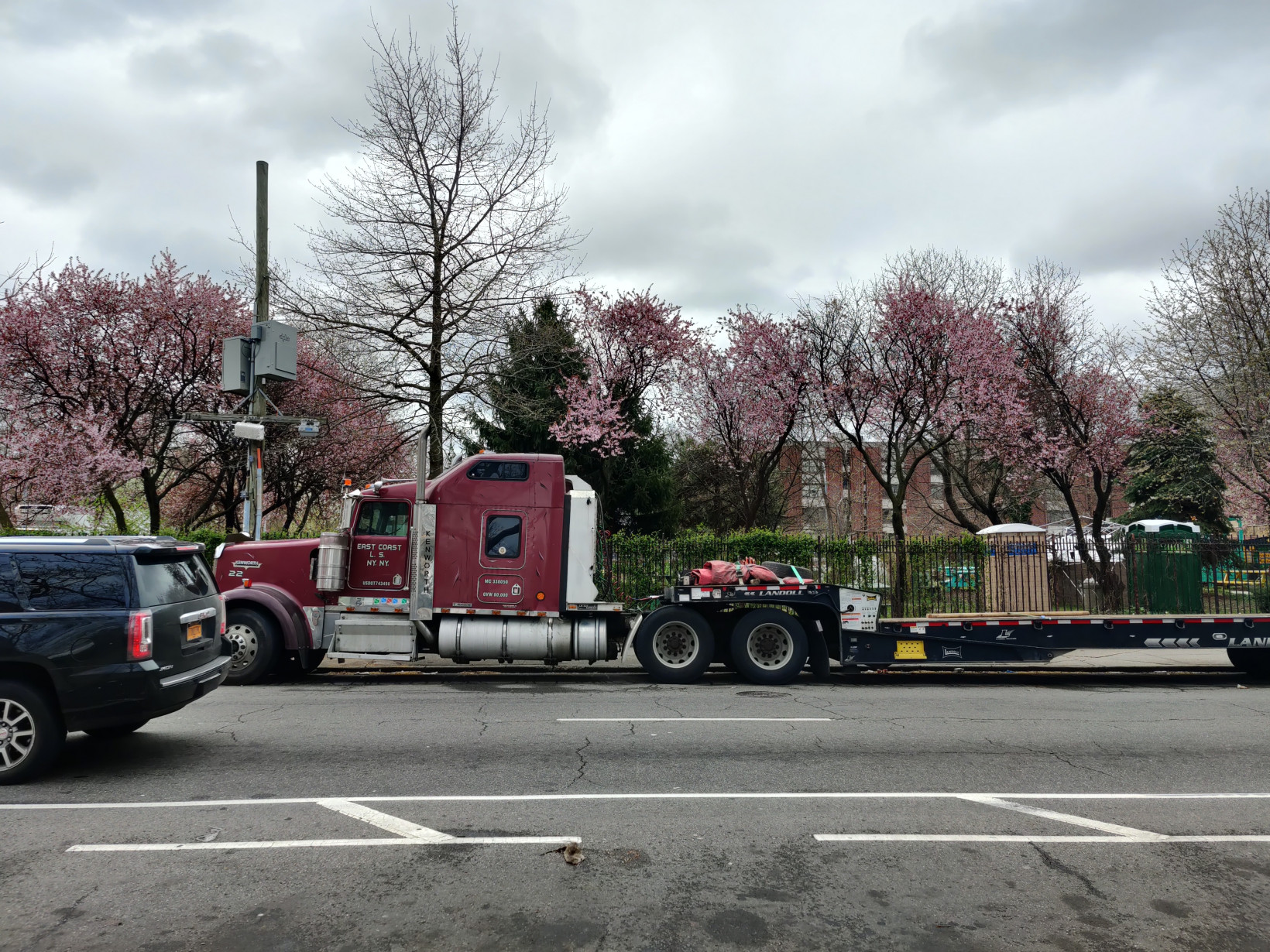 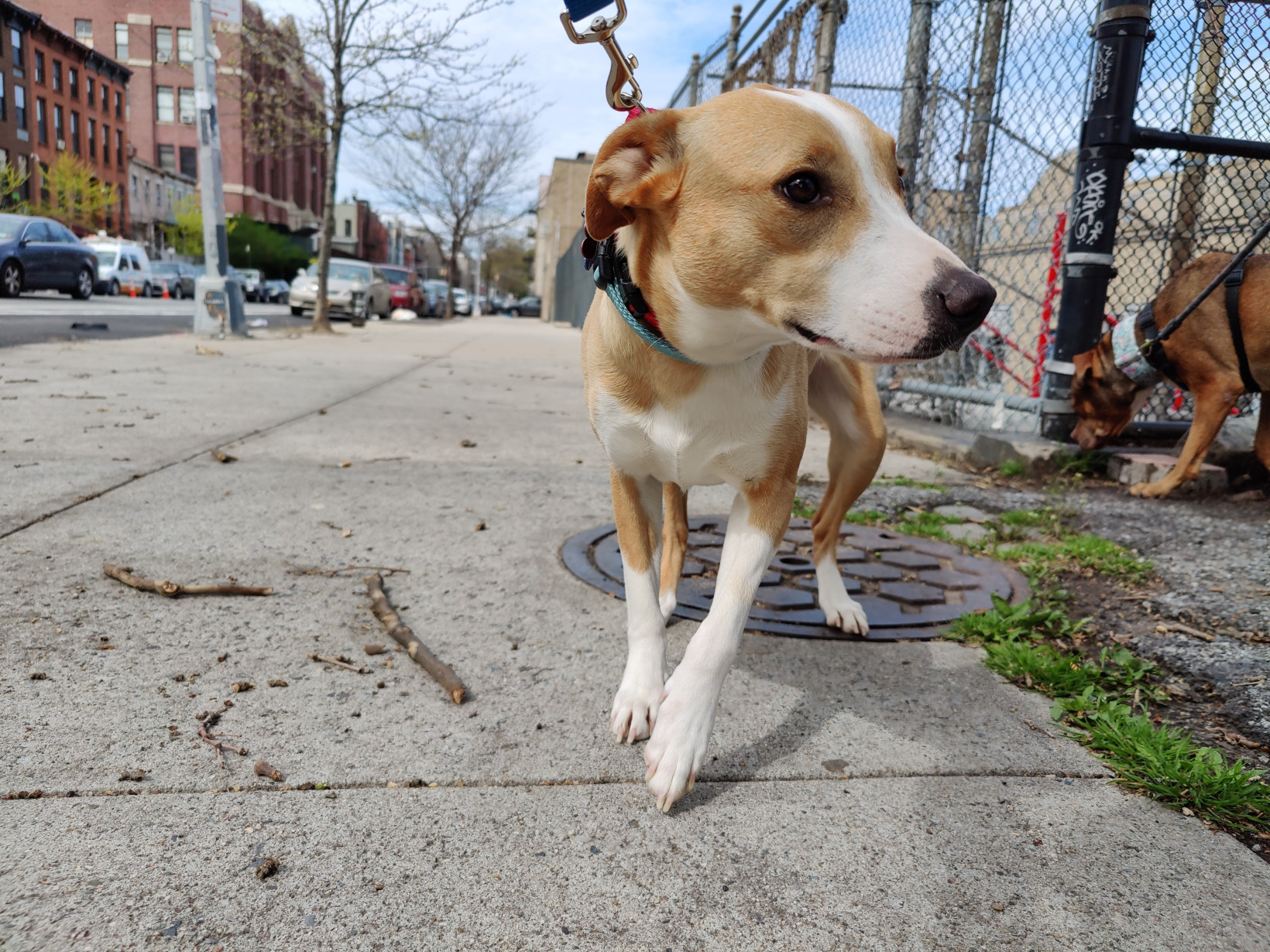 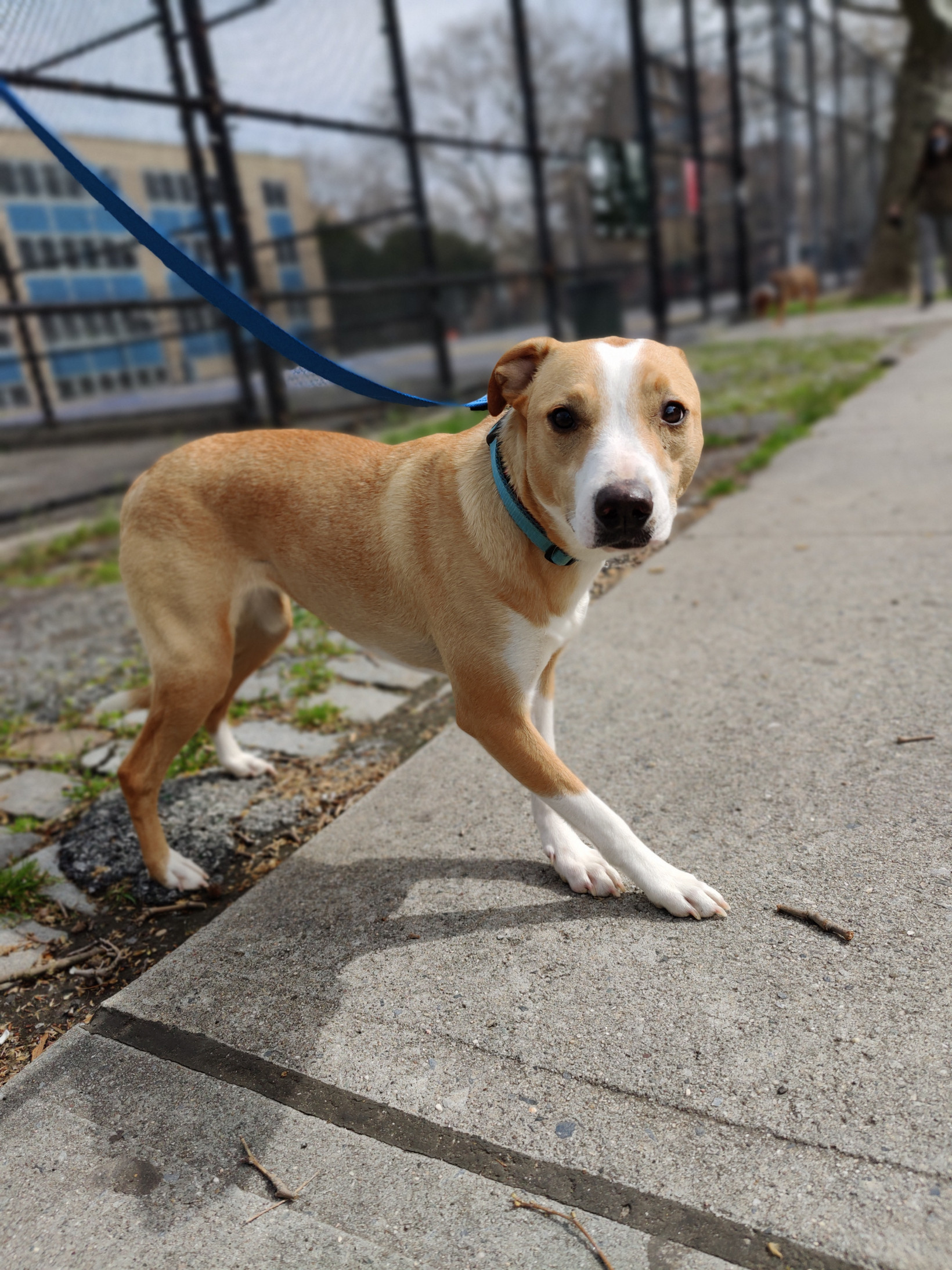 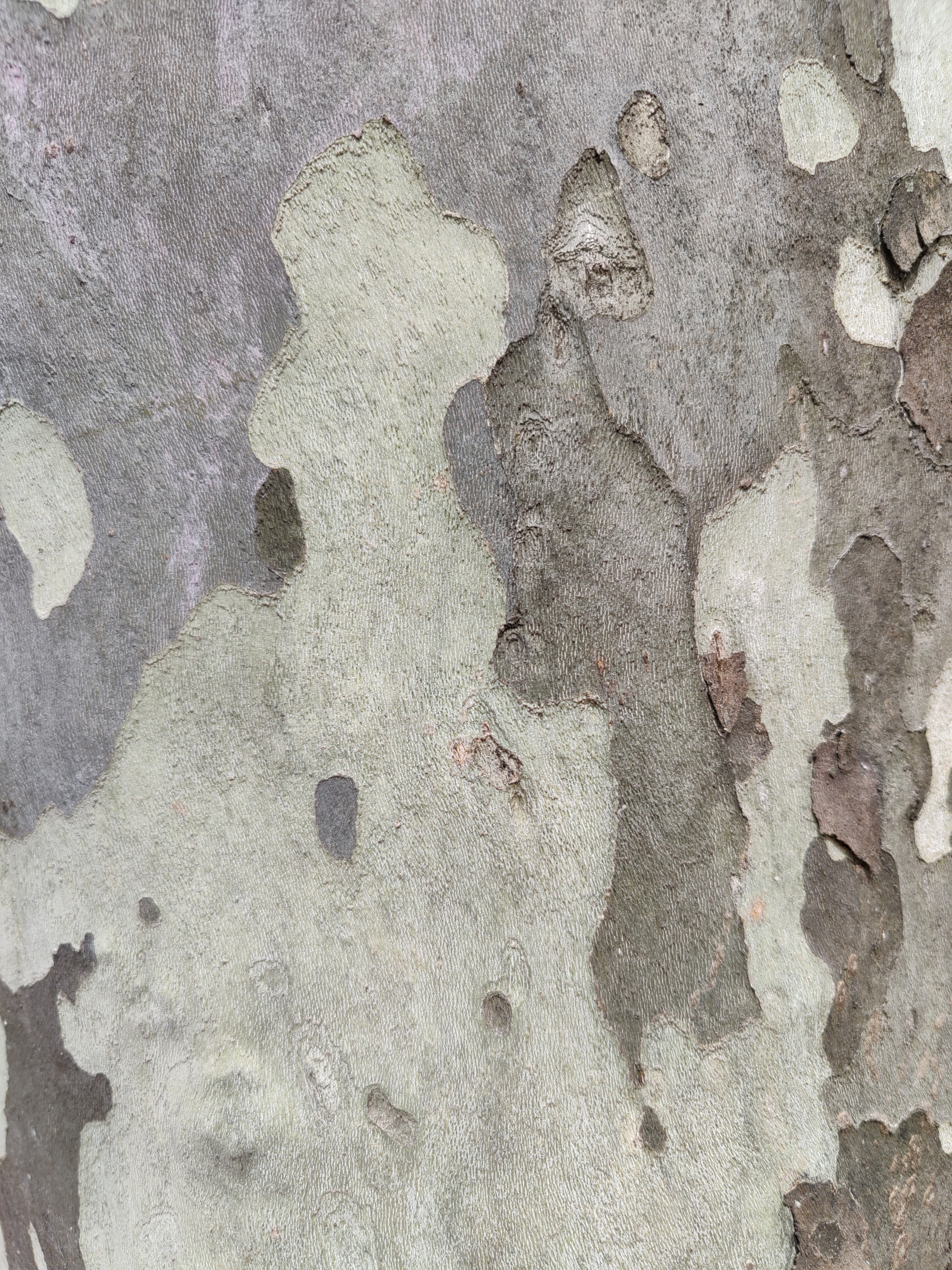 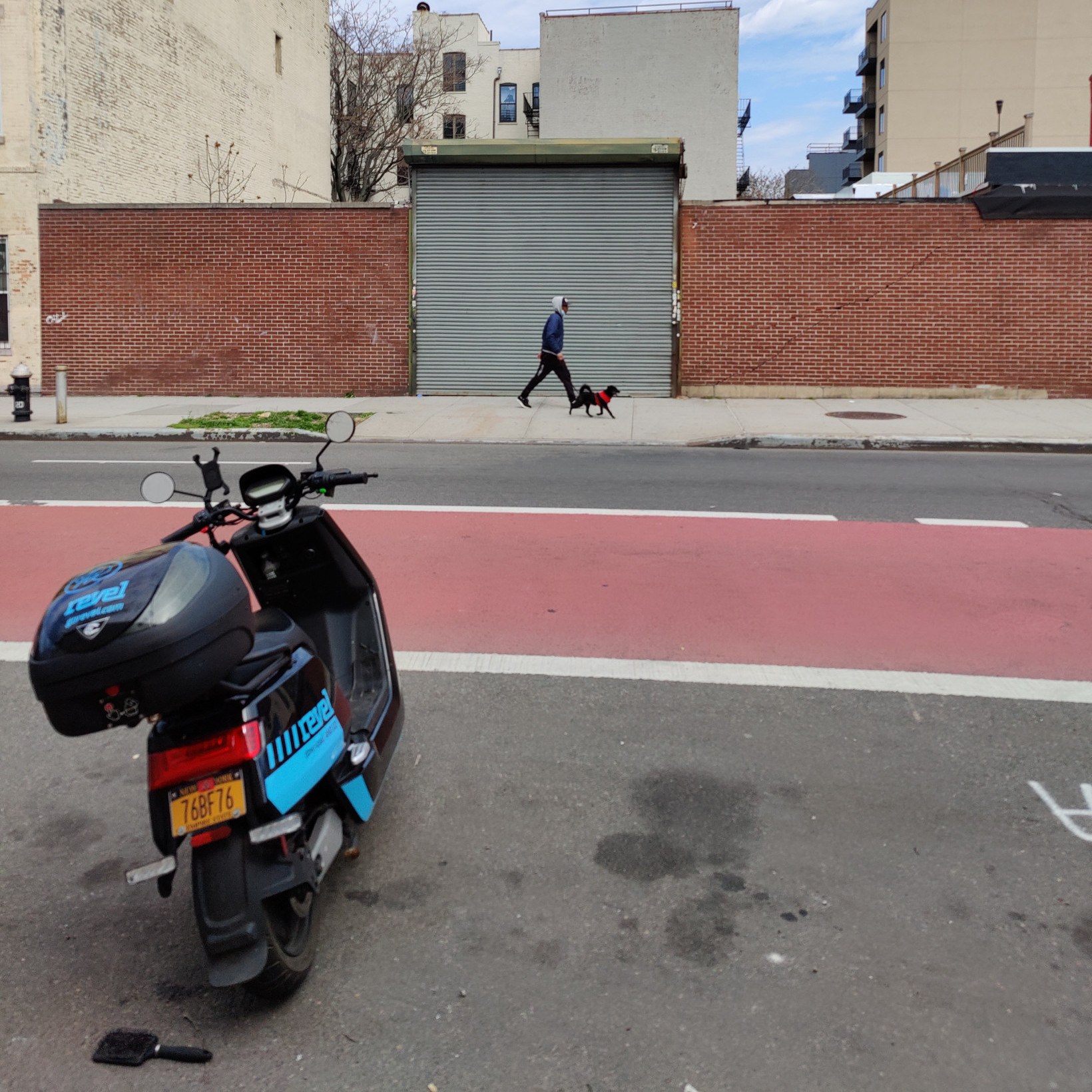 There’s one big caveat to the improvements this year. The OnePlus 8 Pro starts at $899, while the OnePlus 8 starts at $699. It’s getting harder to call these “flagship killer” phones as OnePlus once proudly proclaimed. It’s hard to believe OnePlus phones used to cost less than $500, and I wish the company would return to its roots to offer

But I’ll cut OnePlus some slack; phone prices have risen dramatically in the past few years. The most comparable Samsung phone is the Galaxy S20 Ultra, and while the 8 Pro isn’t quite as feature-packed at Samsung’s, that phone starts at $1,400. The iPhone 11 Pro Max costs $1,099. So OnePlus may no longer be making budget phones, but you’re still getting a good deal.

It’s also worth noting the OnePlus 8 is available in Verizon stores for the first time, as well as T-Mobile, meaning you can use carrier financing plans and offers. In the case of Verizon, you get access to the company’s mmWave variant of 5G too. If you want the Pro, you’ll have to purchase online.

I have to spend a bit more time with both devices to finalize my thoughts. I need to do more battery rundowns, try out 5G, and mess around with the cameras some more.

But for the most part, I already know how I feel: If you care about the camera, wireless charging, or a 120 Hz screen, the OnePlus Pro is for you. If you don’t the OnePlus 8 is a better deal. Either way, you’re getting one of the best phones you can buy right now at any price. 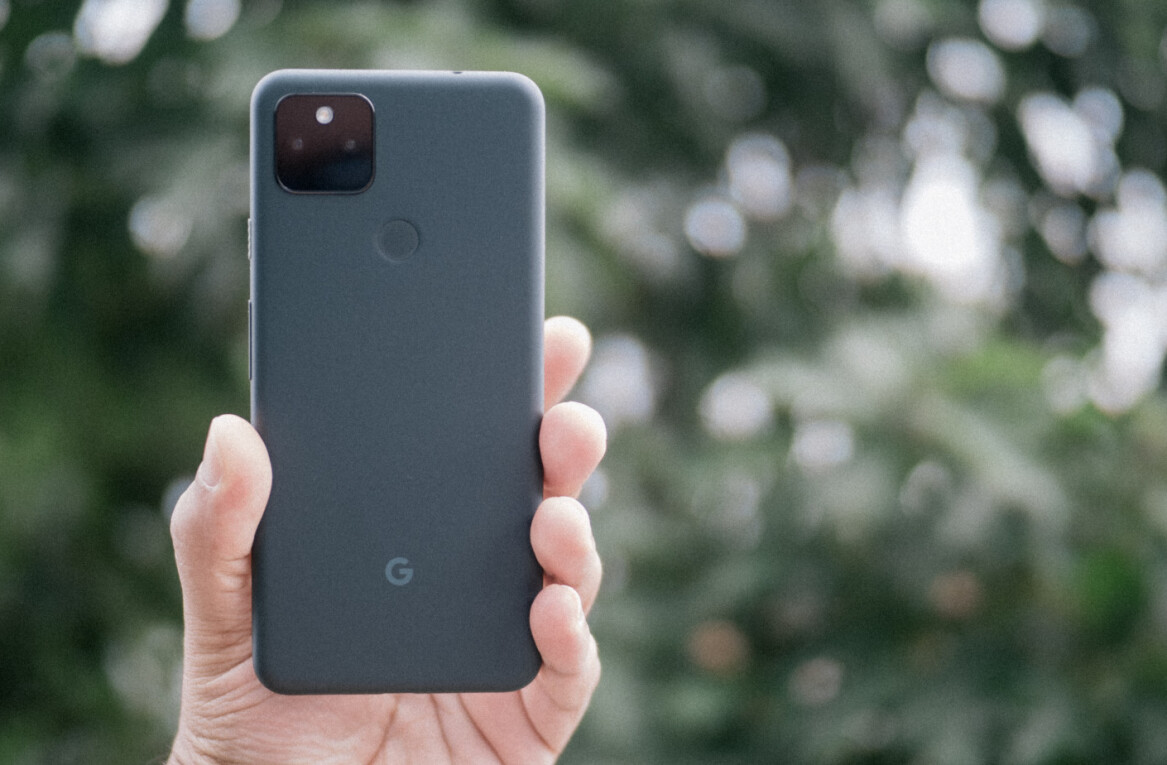