The Matrix Voice development board is a Raspberry Pi add-on you can use to build your own voice assistant. I got my hands on a review unit to see if someone who is “code illiterate” could make something out of it.

Some people have an affinity for programming and development. I’m not one of them. I’ve written about DIY Alexa projects before, but I’ve never had the opportunity to make my own. On first glance it seemed incredibly complex. Yet, somehow I managed to make it through the project thanks in no small part to the excellent tutorials and documentation available at the Hackster.io website.

The Voice board doesn’t look like much, but it packs all the features you need into a 3.5 inch disc that mounts directly to a Raspberry Pi computer. With it you’re getting eight dedicated microphones and an FPGA to handle all the algorithms and audio processing.

I was also able to check out the predecessor to the Voice, the Matrix Creator, a board that’s a little more robust. It’s capable of doing much more than just voice functions thanks to its myriad of additional sensors. It can detect altitude, temperature, humidity, and motion, but I wasn’t ready for building robots or weather balloons just yet, so I stuck to making voice assistants. 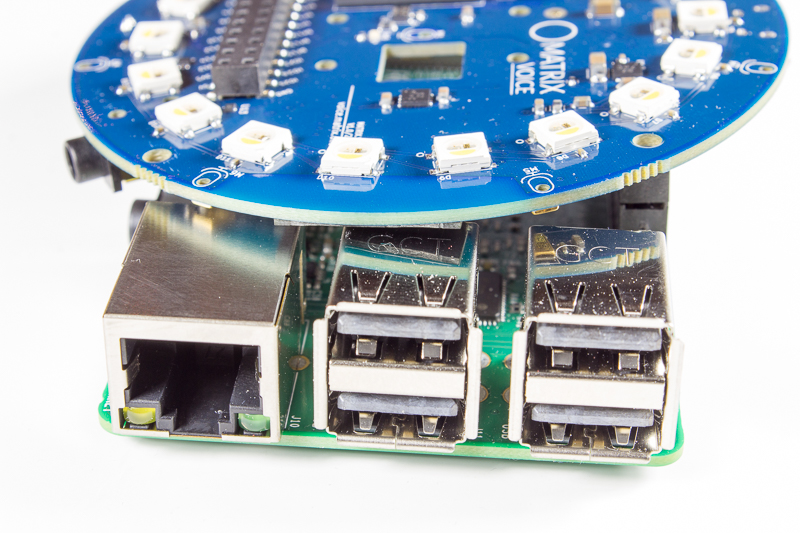 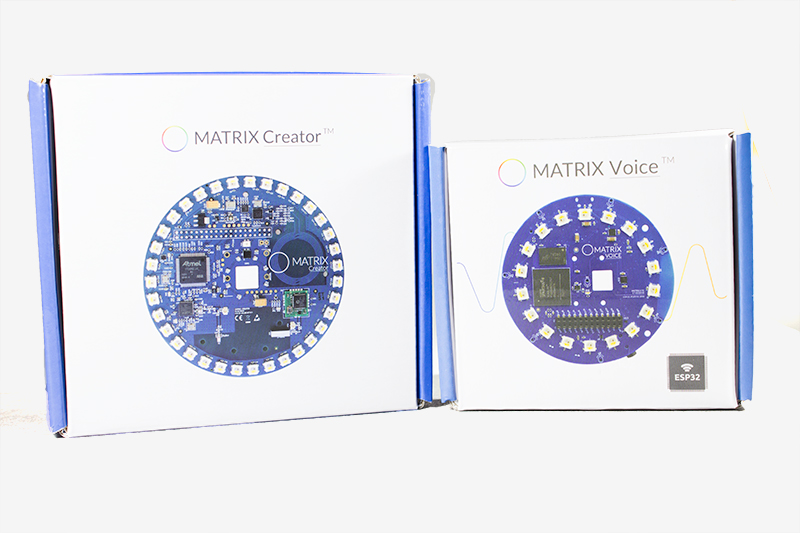 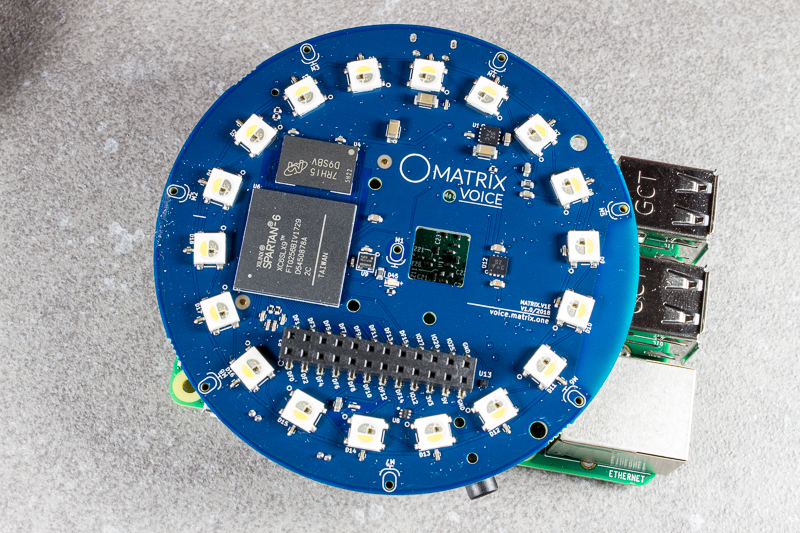 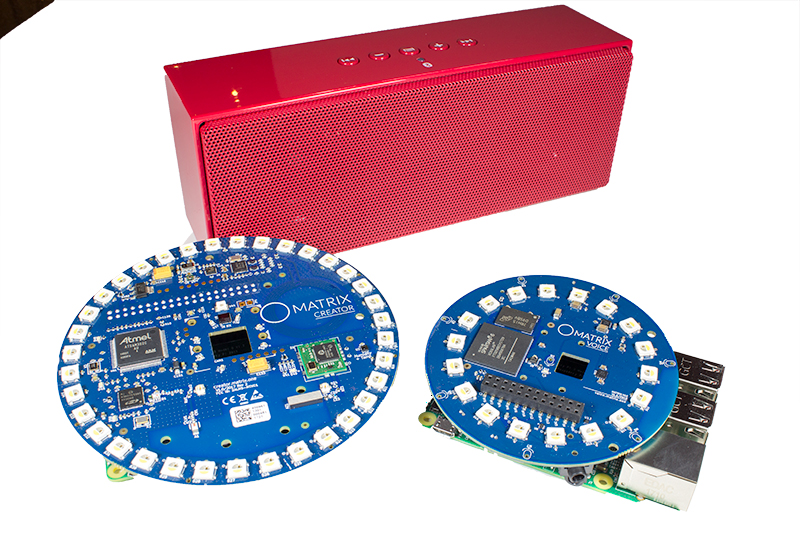 The process is largely the same with both devices, but if you’re going to focus on making a smart speaker you’ll save money going with the Voice. In either case you’ll need a Raspberry Pi for it to function.

Aesthetically, both devices look a bit like birth control pills to me when they aren’t plugged into anything.

But when turned on the lights are actually kind of beautiful. There’s a sense of accomplishment that comes with putting the pieces together to start developing.

I expected to unbox the Voice, cobble it together with a Raspberry Pi, monitor, and speaker, then copy/paste some code into it real quick. The process was a little more complex than that, but surprisingly it wasn’t the AI or programming that slowed me down: it was Amazon.

The tutorials I used were supposed to take an hour on either Creator or Voice, both took me about two. That’s not bad considering I’m an absolute novice who hasn’t coded anything in well over a decade. But before I could spend those hours wiling away at my desk creating my own AI device, I had to sign up for an Amazon developer’s account and security profile.

Yet, despite the frustratingly complex signup process on the Amazon side, the sense of accomplishment that came from putting it all together and making it work was immense. I definitely recommend both Matrix boards for anyone curious about developing AI, it may not sound like fun but it sure was.

The scope of my project was simple, but these boards are capable of much more. With a little research and ingenuity the Voice can make custom virtual assistants, and the Creator can power robots and smart home devices.

The entire Alexa project I tried out costs around $100 plus the price of a regular speaker and SD card. The Voice is $55 without the chip that enables Bluetooth and WiFi, and $65 with it, while the Creator is $99. A Raspberry Pi costs about $35, which is a good deal considering it’s the only computer you’ll need to make this work.

It’d be cheaper to just buy an Amazon Echo or Google Home Mini, but neither one of those can be stripped down and converted for another project – at least not easily.

You can check out the Matrix Creator here, and the Voice here.