After checking out a beginners’ drone from Force 1, I was ready to move up to something a little more robust. I wanted a drone with brushless motors, a 1080p camera, and GPS guidance. What I got was an F200W Shadow review unit, and it did not disappoint.

The F200W is actually easier to fly than the U34W Dragonfly I previously reviewed, thanks to its powerful motors and GPS — it does most of the hard work for you. You can turn off the “assists,” but then you’d be shorting yourself the joy of achieving a perfect hover. This is a drone you can take selfies with, though the unguarded propellers do require you to pay attention at all times.

Unboxing it, I was immediately impressed with the quality of the design. It’s construction is so finely-tuned and well put together that tapping the body results in a resonating vibration throughout the entire device. The props don’t want to spin freely unless the motor is driving them, because they’re very serious and have no time to play around. This drone feels tight and precise.

It’s also a looker. Upon first glance it’s body reminded me of the Virgin Hyperloop One XP-1 pod. The orange highlights on the black body stand out, and the curves-and-legs design is a welcome relief from the UFO-inspired Phantom and its many blobby clones. 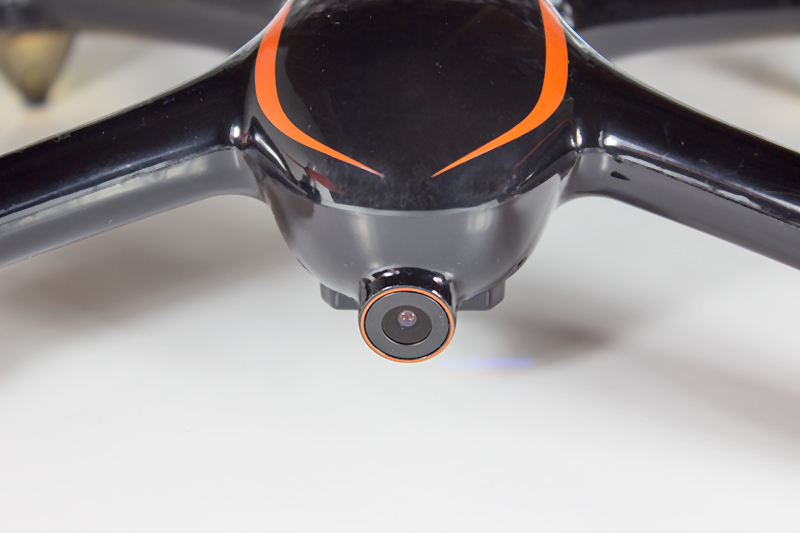 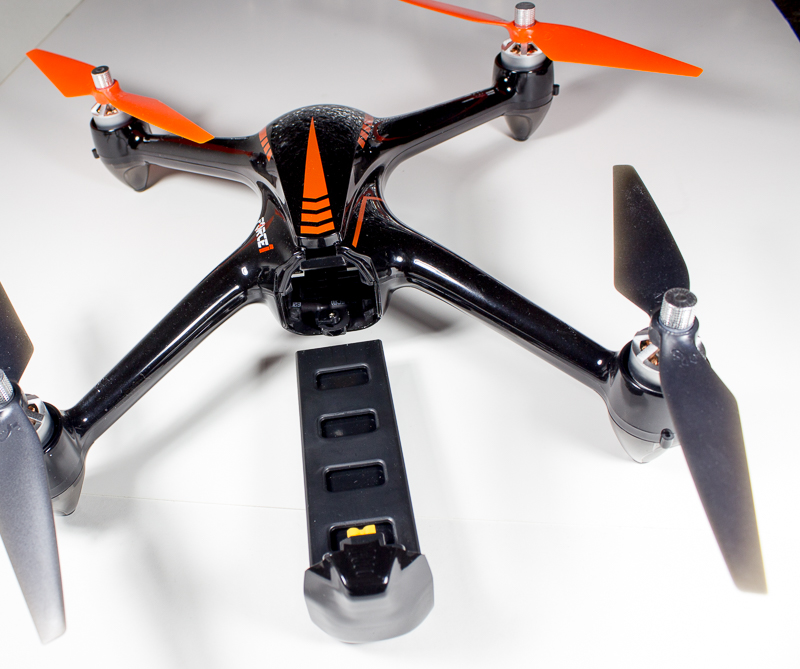 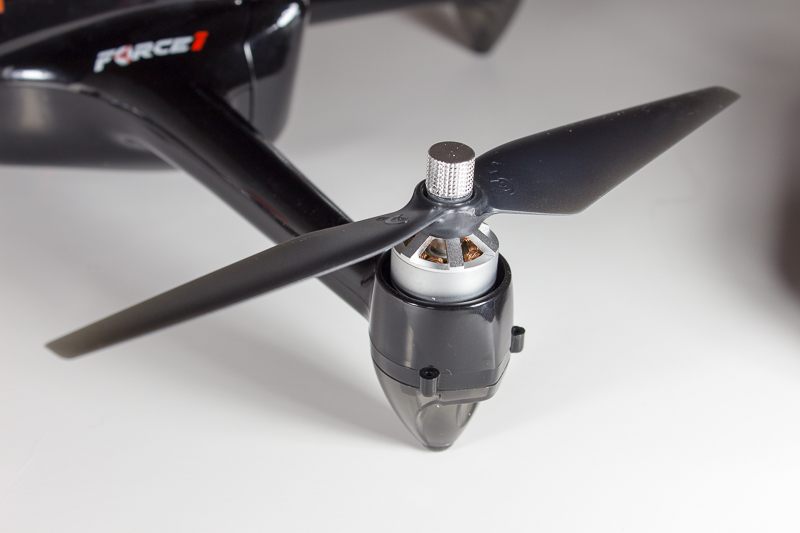 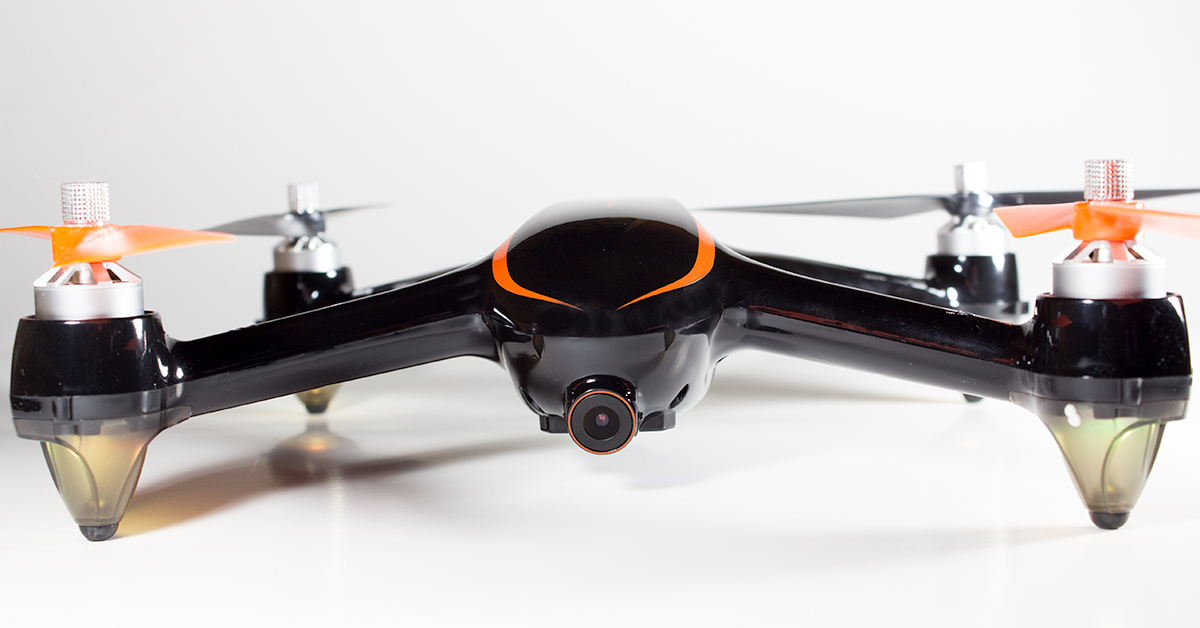 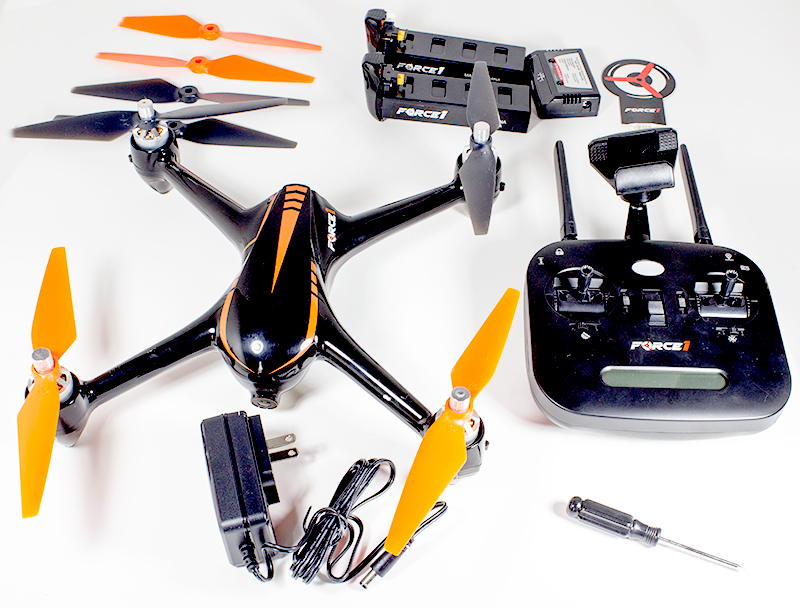 There are joystick commands to remember and a language of beeps to learn, but in the end – if you don’t give up – you’ll be able to communicate with the drone and make it do stuff. And it does a lot.

The GPS functionality allows it to fly up to 500 meters away and return with the press of a button. It also enables the craft to execute near-perfect hovers. During my testing the wind was pretty bothersome. When it gusted I’d have to adjust the drone horizontally but its elevation remained where I set it.

The best thing about this drone, however, isn’t its looks or how wonderful it flies, nor is it the 1080p camera. It’s the quiet, brushless motors. You could fly this drone inside without feeling like you need hearing protection – though, again, the propellers are unguarded so you’d be doing so at your own risk.

Drones are often loud and twitchy, this one is the opposite. It’s smooth and sleek, and it feels like the drone a ninja would use if they were on a budget.

It’s not perfect, however. Assuming that bulky batteries are par for the course, it’s still hard to imagine why the charger for this thing requires me to pull a recessed wire out of the battery, connect that to a charging unit, then connect the charging unit to an AC adapter. It leaves a bunch of short, twisted, wires spread out all over the place.

Also, the remote control is underwhelming. It feels like cheap plastic and the LED display is straight outta the era of Timex calculator watches. Maybe I’m a technology snob, but details like this are why Apple sold a bazillion iPods. Luckily the remote and the charger both do their jobs, so it’s far from being a deal breaker.

The drone itself gets solid marks across the board though. It’s easy enough to fly that stepping up from a cheaper drone doesn’t feel like increasing the difficulty – although the extra features take some getting used to. If you haven’t used one-touch return, or GPS features with drones before you may want to make sure nobody is watching.

The F200W Shadow is a solid craft, and with a price tag of $299.99 it’s definitely a recommended choice for hobbyists seeking their first GPS drone. You can get yours on the Force 1 website.