Reveal Labs today launched a crowdfunding campaign in search of $20,000 to fund its Tile Bluetooth device. The company hopes that money raised will help show if people are interested and to get it closer to production. Tile aims to be that device people place on things such as wallets, keys, luggage, phones, or anything else to help you find it no matter where it is.

Started by software and hardware engineers Mike Farley and Nick Evans in 2012, the Tile device has a range of at least 100 to 150 feet away from you. Users can locate items using a complementary iOS app — think of it almost like a “Where’s My Phone?” for everything else.

Tile is changing the world by making lost and misplaced belongings a thing of the past. We are giving people back hours of their lives that were previously wasted searching for missing possessions.

Between now and July 23, 2013, Reveal Labs hopes to raise $20,000 to begin production. Those interested can get in on “early bird” pricing for $15 for one day only. Then, throughout the rest of the campaign, a Tile can be purchased for $19 — retail price is set for around $25. 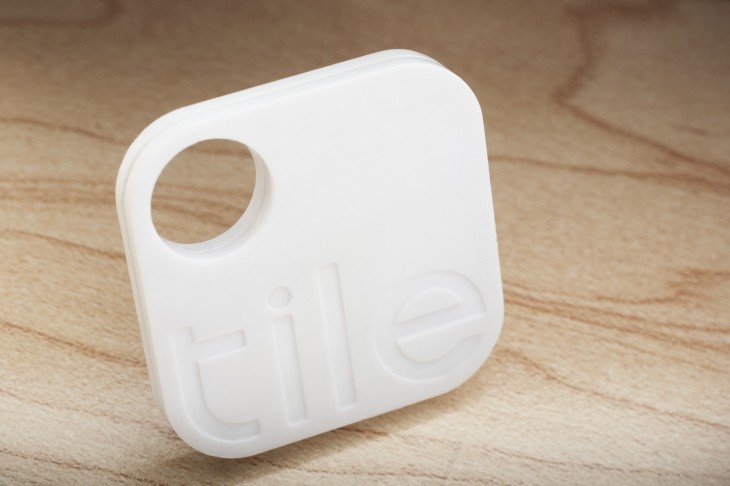 Tile is a interesting way to track your belongings, but if you need to locate multiple items, additional Tiles need to be purchased. So in a sense, if you have a nasty habit of losing or misplacing things, acquiring multiple Tiles could wind up getting expensive. However, the device is actually not that big — perhaps about the size of a Square card reader.

Each device will last up to a year before you’re prompted to recycle the Tile and purchase a new one.

Reveal Labs is using Selfstarter to earn funds for its project. This is the platform that was developed by the creators of Lockitron.

The company expects its Tile devices to begin shipping to customers winter of 2013-2014.