Today’s 30th anniversary of the Apple Mac got the TNW team thinking about our first Macintoshes. Do you remember yours? Leave a comment and tells us about it; Apple has an interactive tool to help you wind back the years and refresh your memory. 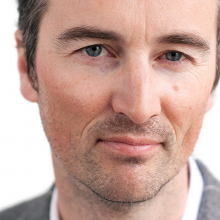 In 1990 I was accepted to art school. In my first year we were introduced to drawing, painting, photography, sculpture and many other basic art techniques. But I wanted more. I was also interested in video and computer technology and asked around to see if I could get access to the graphic design computer, just to learn how to work with it.

There were exactly eight Macintoshes in a small room at the graphic design department and I soon learned you were only allowed to go near them when you were a second year student, and had decided to become a graphic designer. I didn’t want to become a designer, I just wanted to learn about computers, and I wanted to do it right away. One teacher was sympathetic and introduced me to a guy who was working as an intern and who had access and knowledge about computer. He was very kind and offered to teach me some things in the evenings when the department was officially closed. We agreed to meet next week for a first lesson.

The next day I returned to his room and told him I couldn’t wait any longer, and didn’t think an hour per week would do, and had bought my own computer. I asked him if he could help me install some software. The night before I had asked around on where to find an affordable computer. I had saved some money (around $1,500) and found a second-hand demonstration model of the Apple Macintosh Plus ED. ED stood for ‘Education’.

I was a beautiful machine with 2.5 MB internal memory and two disk drives that could read 1.4 MB floppy disks. It was the coolest thing I ever owned and proudly talked about it to the senior year graphics designers. Instead of respect I was ridiculed however. The Macs at school only had one floppy drive and 1 MB memory, and my 2.5 MB Mac seemed like an incredible, and unneeded, luxury to them.

None of it deterred me of course and I learned myself Photoshop 1.0, Quark Xpress and I built applications using HyperCard, and later SuperCard. Within a few years I upgraded to the PowerBook 100, and after that came many laptops, desktops and other Apple gadgets. I ended up owning the Newton, eMate and Quicktake camera, and watched Apple struggle without Steve Jobs, then thrive with him, and now survive without him again.

I’ll never forget the sensation of owning that first Mac, and still get shivers and goosebumps when I think back to the first time I started up my Macintosh Plus ED, that monochrome screen lit up and showed me a screen saying ‘Welcome to macintosh’. 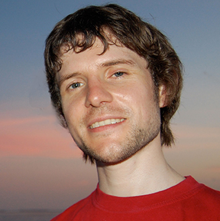 In 2004, I wanted to start producing and performing electronic pop music. To do that, I needed a computer I could use at home and on stage, too. The solution was a bank loan and the purchase of various pieces of equipment including an iBook G4. I’d bought an iPod the previous year and was gradually getting sucked into Apple’s world – the iPod was a gateway drug.

Boxy by today’s standards, it was a striking design for a time when almost everyone else I knew had a beige desktop Windows PC, or at a push a nondescript, uninspiring Windows laptop. I remember bringing it into work and everyone cooing as I opened it up. The ‘genie’ effect when minimizing tabs was a particular novelty to impress people who had never seen OS X before. I spent many hours on that iBook, producing, rehearsing and performing using Ableton Live. Happy days… 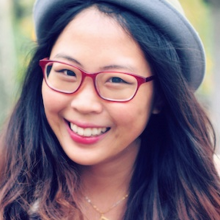 I attended a technology-focused high school that loaned select students an iBook G4. We were supposed to use it for computer science and graphic design classes, but most of us just downloaded AIM, Star Wars Battlefront, and Unreal Tournament.

When I told my mom I was going to a party in high school, it was more like LAN party than a party party. That iBook taught me everything I needed to know about sniping without scopes and precise mousepad control. Okay, and maybe some Creative Suite. It seems odd given that Macs are not known for their gaming capacities, but perhaps the handicap boosted my skill set! 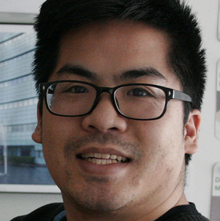 My first experiences with a Mac came from my elementary school computer lab in the late 80s and early 90s.  The teachers had us learning Hypercard and playing basic arithmetic and spelling games. My family had a 286 PC at home, but the Macintosh’s graphical interface always had a special allure.

Despite those positive early experiences, I mostly stayed away from Macs during the dark ages of the mid-90s. Then one day, my friend’s dad came home with the original iMac. Coming from a world of sad beige boxes, it felt like the future of computing. 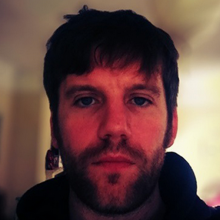 While I had dabbled with Macs before at friends’ houses, they were always just a little bit too expensive for my budget. But when I returned to university to study for a Masters in multimedia, it was evident from the outset that my crappy old beige PC at home wouldn’t be up to the task. Macromedia Dreamweaver, Director, Adobe Premiere, Photoshop and all the rest – there is just no way on God’s Earth my home PC could’ve coped under the duress of even one of these applications, let alone multiple running simultaneously.

So instead I spent about 16 hours a day, most days, holed up in a lab staring into the eyes of the iMac G4, a really quite marvelous-looking machine, one that was more than capable of the aforementioned processing power.

The biggest problem, at first, was getting used to all the new keystrokes and shortcuts. “What…no right-click? This is INSANE.” But the muscle memory from years of ctrl-alt-deleting my way through Windows was soon forgotten, and I really began to love the Mac way of life. But alas, university ended, I went traveling for a while, came back home and upgraded to a decent-specced Windows laptop instead. And the rest, as they say, is history. 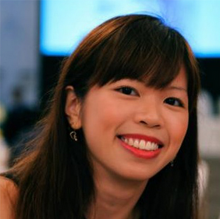 I got a MacBook in my first year of university back in 2007 because well, everyone in my course (Mass Communications) had one and I wanted to be cool and fit in with the crowd. I justified it by telling myself I needed it for ‘design work’ — but the only design “work” involved was probably admiring the sleek interface of my Mac which was so vastly different from the staid Windows platform that was available in every dull office I’d interned at.

I was captivated by the glowing Apple icon on my candy-like white Mac, very glad that junk application pop-ups were no longer appearing on my screen, and most impressed by the fact that I could scroll on the MacBook trackpad with two fingers. It didn’t take long for the Mac to grow on me, as I immediately placed an order for the MacBook Pro once my first Mac died on me after four years — as you can see in the image here, I still keep it with me. 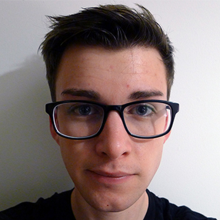 My father worked for IBM and so naturally, I grew up with Windows – massive PC towers with monitors that appeared to be deeper than the wardrobe from Narnia. They were horrible to look at, but they worked. I met my first iMac in college and was dumbfounded by almost everything about it. The beautiful hardware and it’s unashamedly unique approach to UX and software design. For the remainder of the day I grappled with the Mac’s intricacies and tried to forget everything that I knew about Windows.

Changing my habits and workflow was unnatural and frustrating, but I stuck at it. In short, I was captivated by this machine and wanted to learn everything about it. The iMac was so different and so unique that I just couldn’t pull myself away from its keyboard and mouse. To this day, that feeling has never left me. It’s a tremendous achievement which Apple continue to develop with passion and ingenuity. I hope they never stop.