This might not seem like a surprising event, but the journey taken to create the system behind the clean interface started years ago as part of a PhD study.

One of the main things that computers work with all the time is something called a private language. It is a way to create very complex systems that connect between elements but ends up being an internal language. This creates really big problems for networks when you want those systems to talk to each other. 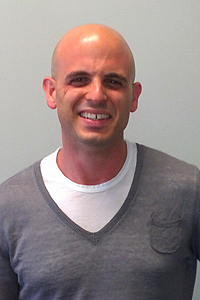 A couple of ways to get around this is to create standards or to create connectors. Darash found this pattern and looked for it in other places finding it in hardware and other areas. He then checked if this also happened in data but could not find the same thing.

“I wondered if this was something weird that someone tried and it never worked that this could exist in data? I could find it and I started to think that technically it might be impossible to do,” explains Darash.

Naturally he then worked out a way and decided that maybe there was simply no problem to solve. In fact the problem was enormous.

“When you create data connections, you do so at the database level, data level or UI level, but you have to create connections that cannot be broken or cannot be built on an ad-hoc basis. That is how data works today,” says Darash. “Data can be very flexible and the business logic can be fixed or vice versa, but not both. This makes it very complex to create expert systems in an easy way.”

Not such a small problem

Naturally being in an area of research, Darash explored the issue further and found that 300 million registration processes in the US alone, not including government were not happening digitally. “I thought this should not be happening in 2012 when everyone is on their phone all day,” Darash says.

The problem of flexible data or business logic was reflected in the registration processes that were happening on paper. “Every organisation has always has some kind of business logic that is different or another data unit that it needs to ask and it needs all of this to happen in a simple way,” says Darash .“What is happening is that you cannot create these systems without a programmer and the only way to solve it was to rethink how data works and this is what I did with Regpack. So we built it.”

It sounds like a simple idea, you might ask, ‘What is the problem with filling out forms?’ However the variations in forms and data required come down to the questions that need to come out of that data to make it useful. There is usually a logic to a way a form is designed.

Whether it is acknowledging the possibility of payment across borders and what may be required in that situation, or if a person who is filling in a form is a minor and needs guardian permission, there are many different variables for each form and each organisation that has questions to ask. This could be anything from a huge medical survey to signing up for summer camp.

With the ability to dynamically change the logic of a form and the resulting data, more questions can be asked and the data can be used in new ways more easily. “It might just look like forms,” says Darash. “But think about the work behind Google. Simple is hard.”

Darash notes that users tend to start out with simple registration or survey applications and then realise they want more as they gather data. “What’s great about it is every time you need something new, you just create it and you don’t have to think about the processes. Because of the way we treat the data, it’s very easy for us to connect that data and show you the bigger picture.”

Any data users collect can automatically be searched, filtered, new users can be added to it and reports and statistics can be created. “If this system was created in the normal way, it would not be possible,” says Darash.

Naturally a smart system also requires smart storage. “We have a private cloud that is distributed through Europe and the US with the ability to add as many servers as we need. Because of the way we store the data, even if you had a million users with ten thousand data records each, you’re only taking up one megabyte.”

The data supplied by applicants may be sensitive and as we see so many headlines about data security, strong encryption is key. Darash is confident that his system is well protected, “All of the storage is SSL, McAffee approved and we’re PCI compliant level two and all the data is encrypted.”

So through a long journey of academic study and exploration Regpack appeared as a flexible system with real world uses. “To create a good solution, you have to put in the work,” says Darash.

So if you’re thinking of flaking on that PhD, consider the business proposition that could emerge from your work and study. Go do your homework.