Sixteen months after graduating from college, Alexis Ohanian was a millionaire. He and his college best friend, Steve Huffman, created and sold what is one of the Internet’s most successful websites, ever. Their company, Reddit is a social news community lovingly referred to as the “front page of the Internet”. It’s noted for its rabid user base and goldmine of stories; Just last month, Reddit received 34 million uniques and 2 billion page views.

While Ohanian remains an advisor to Reddit, he also founded Breadpig, which “creates geeky things, sells them, and gives away all the profits”– $190,000 to date. He started an independent book publisher and even bottled his own brand of hot sauce- AwesomeSauce. In summer 2010, Ohanian helped launch Hipmunk, a flight search engine so good you’ll never want to use Kayak again. 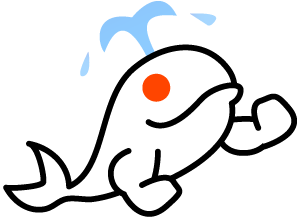 Ohanian, now 28 years old has two things on top of mind–first is his new book deal. A few years after selling Reddit, Ohanian delivered a TED Talk about a whale named Mister Splashy Pants, who after millions of views later became an icon for how ideas spread online. After his TED talk was published online, editors and friends encouraged him to write a book about how Mr. Pants (Splashy, to his friends) illustrates how the Internet is a democratic market for ideas.

One book proposal and a handful of meetings later, Ohanian’s book is in the works, tentatively titled “Without your Permission: How the 21st century will be made not managed.” “Without Your Permission” is expected to be published in early 2013 by Business Plus, an imprint of the Hachette Book Group-owned Grand Central Publishing.

The second thing on Ohanian’s mind is SOPA, “The Stop Online Piracy Act” that’s currently on the floor in Congress.

Watch Ohanian speak out against the bill here:

Ohanian started following the bill in early November and paid Washington a visit a week later. After a long day of lobbying, which involved back to back meetings with representatives and Washington insiders, Ohanian, who grew up just outside of D.C., realized that much of what SOPA and its evil twin in the Senate, Protect IP are about is passing something– anything–that both parties can agree on, before the end of the year.

The bill has received an incredible amount of backlash. Ohanian recently hosted a telethon to discuss what the act will do to our rights; Millions have signed a petition; Mozilla has launched a telephone campaign against the bill; Tumblr users have placed almost 90,000 calls to Congress; 27 companies are speaking out such as Apple, Dell, Intel and Intuit; and people are making t-shirts. While only time will tell if the bill will pass, Ohanian is very worried. He thinks the chances of it passing are likely enough that he’s invested a significant amount of time over the past month to raising awareness and encouraging his followers to call their representatives.

“Part of the reason I’m so gung-ho about speaking out against SOPA is because I’d be an immigration lawyer somewhere if SOPA had been in effect back in 2005… And we could never have created Reddit,” says Ohanian.

What else can we do? “Frankly, that’s about it for now. Redditors are trying to rally in D.C. and then there are petitions, phone calls and in-person meetings,” answers Ohanian. “If you look at the amount of money invested in the lawmakers behind this, it’s clear these Hollywood industries have a long history of making lots of campaign contributions to make sure they get the laws that they want. So even though Google has no shortage of cash to spike this, it doesn’t change the fact that the major Internet companies in San Francisco haven’t been arguing on our behalf for the past decade.”

The 32 sponsors of the Stop Online Piracy Act received $2 million in campaign contributions from the people who want SOPA to pass. “On the other hand,” writes TNW Editor Alex Wilhelm in his post Cheap Whores: How many times tech giants could buy and sell Congress, “The tech industry, whose very lifeblood and ability to innovate it could easily be argued rests on the non-passage of SOPA donated some $524,977.”

“Right now, if you want effective legislation around your industry, then you need to pay the right lobbyists, make the right campaign contributions, and write the right legislation at the right time in order to get it out of Washington. If you had to objectively pick the winning team in Washington, pick the team with deep pockets and great lobbyists, not the team with community organizers and signed petitions. It’s a gross system that needs change. It’s a cancer on our democracy.

But looking for a specific innovation to try and change the way Washington works by the time Congress votes on SOPA is about as foolish as Steve Jobs trying to diet his way out of having pancreatic cancer. With billions of dollars in the bank, and not a lot of time left, isn’t it worth going for the sure bet? Just spend the money. Then, after you’re sure you beat cancer, worry about disrupting the system that caused it.

In the future, Ohanian points to other solutions such as those proposed by author Lawrence Lessig in his new book “Republic Lost: How Money Corrupts Congress — and a Plan to Stop It.” Lessig explains that our current system permits unlimited corporate and independent contributions to candidates for federal office. His alternative plan would provide every adult with a $50 voucher from the federal government that could only be used to contribute to qualified candidates for federal office. In order to receive these vouchers, the candidate would have to agree to finance their entire campaign with vouchers and private contributions of $100 or less from individuals in their home state. Lessig claims that it would raise as much if not more than what candidates currently receive. Watch Lessig explain his plan in an interview with The Daily Show’s John Stewart: Pt 1 and Pt2 here.

“All around us are the consequences of the most significant technological, and hence cultural, revolution in generations.”

– Lawrence Lessig, a Professor of Law at Harvard Law School (pictured above)

Lessig’s theories are very much in the spirit of the way companies work on the Internet. The Web has enabled true democracy; it’s a platform where everyone’s voice can be heard and accounted for. But that could all be lost. Ohanian began forming the ideas for his book over a year ago, and its chapters contain story after story of excellent examples of why the SOPA bill is so wrong.

“I’m writing a book to inspire as much as it informs the world we live in now, where the Internet levels the playing field for all who can step onto it. All the more reason why Net Neutrality is such an important issue, because it essentially means that all websites are treated equally, so we never find ourselves in a situation where Yahoo! searches are free with our standard Internet subscription, but Google searches require an upgrade to the ‘premium plan’.”

And if the bill is passed, the spirit of Ohanian’s “Without Your Permission: How the 21st century will be made not managed” may be smashed. “The thesis of my book relies on a free and fair Internet for all innovation to succeed based on its merits,” he explains.

Ohanian says the DNS blocking tactics outlined in SOPA are akin to regulations in countries like China. “I like to aim higher than China when it comes to freedom,” he says in near disbelief. “But SOPA threatens to destroy one of the healthiest parts of our economy right now. While these innovations aren’t exclusive to the U.S., by and large so much of it is happening here. The U.S sets a standard for much of the world. Our Canadian Redditors right now? They’re like, ‘Oh geeze, America’. But the world is concerned about this because if the U.S. is censored, there goes the Internet as we know it.” 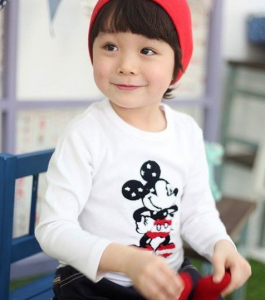 Ohanian and Huffman launched Reddit before the phrase “social media” existed, “So I’ve not only watched it grow, but also helped build it,” Ohanian says. SOPA would in effect shut down social media sites. “I want to help fight piracy too, but what they’re doing isn’t going to stop piracy. If a pirated site gets taken down, the pirates will just throw another one up. But if someone submits links to a piece of copyrighted material on Reddit or Facebook, our whole site could be shut down.” (And you can’t exactly just throw another Facebook or Reddit right back up.) The language proposed in SOPA is so blunt that Ohanian suggests it could go so far that if you were to post a photo of a friend wearing a Mickey Mouse t-shirt to Facebook, then Facebook could potentially be shut down for copyright infringement.

Ohanian’s book, Without Your Permission is about the freedom of the Internet. The Web has leveled the playing field so anyone who wants to start a company or a political movement can do so cost effectively. “So much of that promise is tied into the mythology of the American dream,” says Ohanian. “I really do believe that there is this perfect marketplace of ideas online and you can accomplish so much if you have the access, talent and drive. Trying to stop that seems about as Un-American as you can get.”

“We share everything. The new generation of Internet users is also much more comfortable sharing (or using) all forms of media: audio, video, artwork. The tools have gotten easier than ever before to create and share content. The simplicity of publishing tools now means you’ve got no excuse not to create something. The only limit is your own ambition.”

SOPA is the equivalent of trying to kill an ant with a shovel and chopping off your foot in the process. It’s a debilitating step in the wrong direction. We need to get creative about how we fight piracy, like how Louis CK recently accepted the upsides of the Internet, along with its downsides and made a brilliant business decision. He released his live comedy show, Live at the Beacon Theater, for $5 online, instead of offering it through a distributor. So far, he’s raised over half a million dollars from online sales, which is remarkable because it flies in the face of conventional wisdom about video distribution on the web. 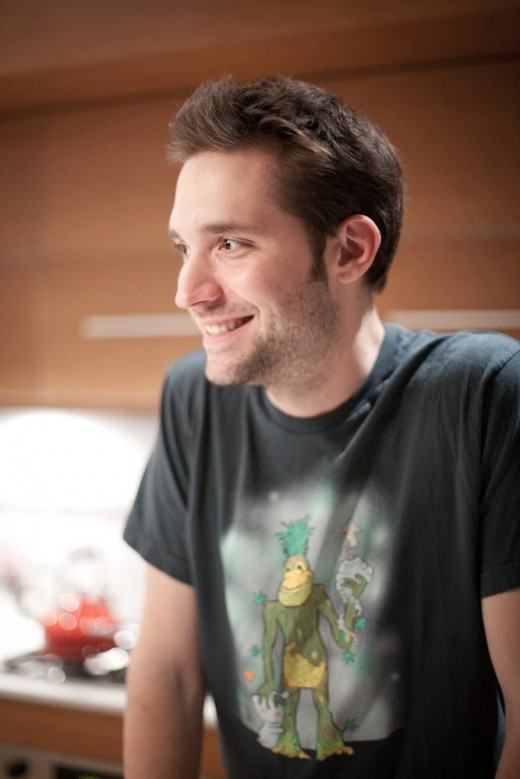 What will Ohanian do if the SOPA bill passes?

“I’ll go to Canada!… Joking. I’ll just fight harder in the New Year…Honestly, I don’t even want to entertain that thought,” he says. “At the end of the day people will find a way. Ironically, our State Department is recommending tools such as TOR to people in China right now to help them get around the censored Internet. Tools like this are being used already all over the world. As Internet pioneer John Gilmore puts it, ‘The Net interprets censorship as damage and routes around it.'”

Congress cancelled the hearing to discuss the bill today after it was postponed last Friday because more “Internet experts” were needed. A future date has not been set but it will likely be after Congress returns from winter break in late January.

2012 could pose an uphill battle for people who work on the Internet, like Ohanian and everyone here at The Next Web. The Senate has its own version of the bill coming too. But if we can fight this battle against SOPA, we may also be able to help remove the current cancer on our democracy in the process. If you’d like to get involved in the fight for an uncensored Internet, please visit: Fight For The Future.