The dimming of Betelgeuse seen at the end of 2019 and the start of 2020 explained — the red giant star “sneezed.”

Betelgeuse dimmed in the final few months of 2019, perplexing both professional and amateur astronomers. First noted in October 2019, by February 2020, the star lost two-thirds of its brightness as seen from Earth.

Many astronomers — both professional and amateur — questioned if the change of light revealed the star was on the verge of exploding as a supernova. Now, the Hubble Space Telescope (HST) has been used to explain the mystery.

Easily found in the constellation Orion, Betelgeuse is one of the best-known of all stars in the night sky. This is an aging giant of a star, experiencing wild swings in size and temperature as it runs through a series of different thermonuclear reactions and gravitational collapse.

If Betelgeuse were placed at the center of our solar system, the edge of the star would engulf the orbits of every planet of the inner solar system out to Jupiter.

I take a dim view of your actions, Betelgeuse…

Hubble studies suggest a dust cloud formed by a chain of events blocked light coming from Betelgeuse, resulting in the dimming seen as New Year’s 2020 approached.

Rising and falling currents under the surface of Betelgeuse circulates stellar material, creating convention cells. This process resulted in the release of superhot plasma. This material raced outward through the hot atmosphere of the star, to the cool outer regions further away from the star. The dust cloud which formed blocked light from roughly one-quarter of Betelgeuse, the study finds.

Observations of Betelgeuse taken in ultraviolet light by Hubble show heated plasma moving through the atmosphere of Betelgeuse, seen from September to November 2019. The following month, several astronomers had noted significant dimming over the southeastern quadrant of the star.

“With Hubble, we had previously observed hot convection cells on the surface of Betelgeuse and in the fall of 2019 we discovered a large amount of dense hot gas moving outwards through Betelgeuse’s extended atmosphere. We think this gas cooled down millions of miles outside the star to form the dust that blocked the southern part of the star imaged in January and February,” said Andrea Dupree, associate director of the Center for Astrophysics / Harvard & Smithsonian, stated.

When the plasma first erupted from Betelgeuse, it was significantly hotter than the surrounding surface. However, as the material — including ionized magnesium — spread away from the star it cooled and turned dark. By April 2020, Betelgeuse returned to normal brightness.

“We could see the effect of a dense, hot region in the southeast part of the star moving outward. This material was two to four times more luminous than the star’s normal brightness. And then, about a month later, the southern hemisphere of Betelgeuse dimmed conspicuously as the star grew fainter. We think it is possible that a dark cloud resulted from the outflow that Hubble detected,” Dupree describes.

Betelgeuse is losing mass at a rate of 30 million times greater than our own Sun. However, during the recent “sneeze,” the red giant star lost material twice as fast as that just from its southern hemisphere.

It is possible that the release of material occurred at the same time that Betelgeuse was expanding as part of its regular 420-day cycle.

“All stars are losing material to the interstellar medium, and we don’t know how this material is lost. Is it a smooth wind blowing all the time? Or does it come in fits and starts? Perhaps with an event such as we discovered on Betelgeuse? We know that other hotter luminous stars lose material and it quickly turns to dust making the star appear much fainter. But in over a century-and-a-half, this has not happened to Betelgeuse. It’s very unique,” Dupree explains.

The Hubble Space Telescope — with its ability to see in ultraviolet wavelengths — provides astronomers a unique tool to examine the Universe. As anyone who as seen glowing metal can attest, materials predominantly give off a range of colors as they heat. Using this knowledge, astronomers are able to determine the temperatures of distant objects by looking at the color given off by the target. This is also why stars are different colors — red stars are the coolest stars commonly seen, followed by middle-of-the-road stars like our Sun, while blue and white stars are the hottest.

But, just like our own Sun, temperatures in the atmospheres surrounding stars are significantly hotter than they are on the surface. The peak frequency given off by this greatly-heated material is found in ultraviolet wavelengths of the electromagnetic spectrum — perfect for observations by Hubble.

“Hubble’s ultraviolet-light sensitivity allowed researchers to probe the layers above the star’s surface, which are so hot — more than 20,000 degrees Fahrenheit — they cannot be detected at visible wavelengths. These layers are heated partly by the star’s turbulent convection cells bubbling up to the surface,” the Hubble team reports.

Betelgeuse is doomed to end its life as a supernova explosion. If this occurs, the eruption will easily be visible from Earth. The red giant star is roughly 725 light years from Earth — far enough away to prevent any dangerous effects from befalling our homeworld. However, the supernova would likely create a “daytime star” that could last for months on end, and light from the star could cast shadows at night.

However, Betelgeuse is currently lost in the glare of the Sun, as seen from Earth (or Hubble, which hugs close to our planet).

Betelgeuse is out of view from mid-May to early August due its close angular proximity to the Sun (as seen from Earth). This summer, thanks to the STEREO mission, Betelgeuse cannot hide in the Sun’s glare.

“While unobservable from Earth, Betelgeuse and surrounding stars have been imaged from the Solar Terrestrial Relations Observatory spacecraft (STEREO-A) located about 69 degrees behind the Earth in the Earth’s orbit,” researchers write in an article published in The Astronomer’s Telegram.

Observations from the STEREO space observatory reveal Betelgeuse had a second, less dramatic, dimming from the middle of May to mid-July. When the star expands once more in late August and early September, Dupree will study the star using the STEREO observatory, watching for signs of another outburst.

Supernova eruptions of supermassive stars like Betelgeuse form the heavy atoms on which planets and life are constructed — including the carbon in our bodies.

It takes light 725 years to traverse the distance between Betelgeuse and Earth. This means that if Betelgeuse exploded around the year 1295, as the Middle Ages ended, we would be seeing light from that event right about… now. 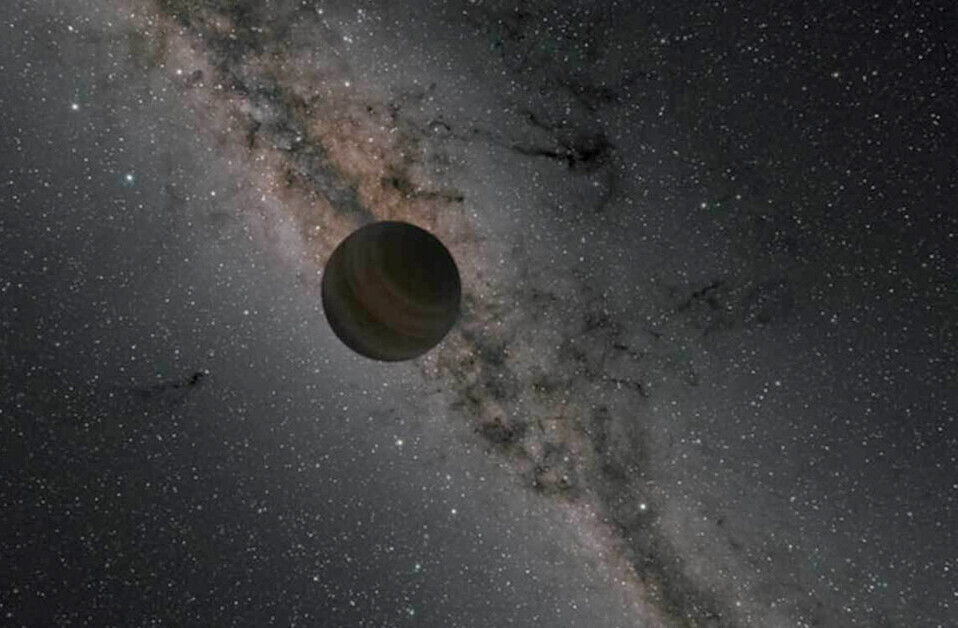 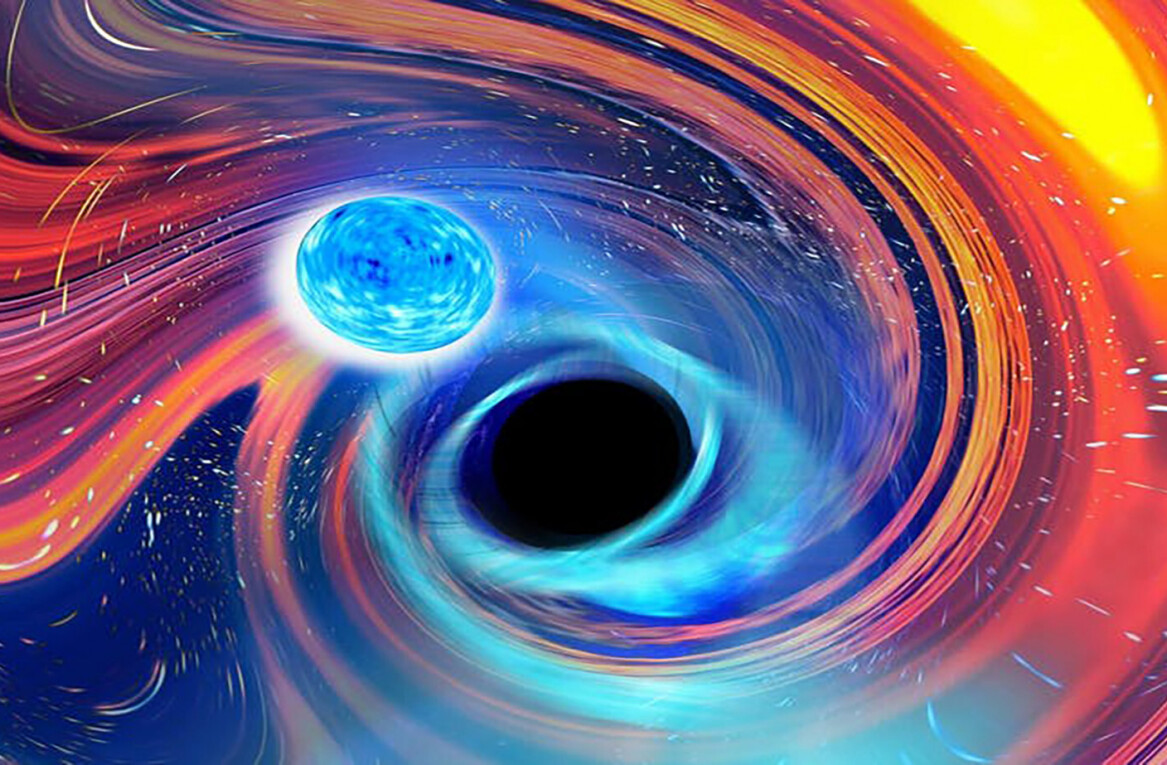