Thomas Clayton has started and run numerous high-tech startups in Silicon Valley. He is currently CEO of Bubbly, a social media startup backed by Sequoia Capital, SingTel Innov8, and JAFCO. The company is one of the largest VC–backed startups in Southeast Asia, having raised over $60 million in funding.

This is the second part of a four-part series that will provide insight into starting, building, and funding a company across Asia. See part one here.

My first post in this series described how businesses should start when considering expansion into Asia, which is home to some of the largest and fastest growing markets in the world.

The inspiration for my second post came from the many CEOs and entrepreneurs who come to me knowing they want to go after Asia and are aware of their target markets, but unsure of the best approach to start building out their operations on the ground.

For example, should they hire in-market consultants, an expatriate based in a hub city, or partner with a local player? To best answer these questions I have highlighted six key pieces of advice for execs who are growing the operations side of their business in an Asian country or the region itself.

A company cannot hire out of a hub city like Singapore and expect those individuals to cover Indonesia, India, Thailand, and the Philippines. A business cannot even realistically cover a subset of those countries from Singapore. Having people in-market and on the ground is key in each of these countries. Nothing gets done otherwise. Someone needs to be pushing things forward in-country day-in and day-out.

You also need true local expertise. It’s worth the investment to have one local person in each market rather than one person centrally trying to cover all of the markets. Moreover, given the salary differences across markets, one person in three of these countries can often cost about the same as one in Singapore or Hong Kong.

Another learning I’ve come across the hard way is to stay away from ‘sales consultants.’

I would say that 95 percent of consultants are not working full time for a company for a reason. I’ve seen so many Western tech companies burn cash on these guys with zero results. They’re often expats that move to Asia for the lifestyle or that were on holiday and decided to stay longer-term, and convince Western companies or regional firms to hire them on a monthly retainer to build out their operations.

The fact is that they simply don’t have the exhaustive relationships to really move things forward. The only reason they keep getting business is because their Western clients can relate to these guys culturally and communicate with them effectively, thus making their clients feel more comfortable. However, this is more of a luxury than a necessity.

The other typical ‘sales consultants’ are local players that claim some “very close” relationship with a key player at a target firm. These people simply cannot be trusted as far as you can throw them.

The best-case scenario for hiring any of these consultants is they don’t take your business anywhere and just waste your time and money. The worst-case scenario is that they will steal your intellectual property and cut you out of the loop (this is especially true in countries like Indonesia, Vietnam, China, and Thailand) — I’m serious, watch out!

Important qualities to look for in those initial candidates on the ground are guys that are scrappy and very hands-on. In Asia, there are too many candidates with a few years of work experience that just want to “manage” and not actually do anything themselves. It gets worse with even more experienced candidates. Many of the most seasoned guys are used to having teams of people around them that do everything for them.

Making it worse still, recruiters in the region tend to only focus on the biggest branded companies for their candidates. That’s just lazy. Moreover, coming from Google or Cisco is an EXTREMELY different skill set and environment than the entrepreneurial, scrappy style that is required to build out a successful remote operation on the other side of the world.

One should simply focus on a track record of entrepreneurship and the ability to be a jack-of-all trades rather than experience with big brands. Recruiters don’t understand this, so try to be hands on with your own network and utilize services like LinkedIn when finding your first few key employees.

Be ‘local’ but don’t overdo it

Partnering with large local companies often results in the larger company wanting to “localize” your service. Most of them either take their localization efforts too far or focus on many of the wrong aspects.

For example, I’ve seen local mobile operators white-label mobile applications with a ridiculous brand and put them into the local language — which is not always necessary and can often have a degrading effect on your service, since many Asian consumers envy Silicon Valley brands and do not view operators as sexy brands.

Then these large companies, which are often the dominant players in their respective markets, will demand dozens of new customizations with a list that will grow until it seems endless.

Most of these will fall under the auspices of “localization,” but the reality is the partner is just trying to play ‘product manager’ and thinks they know more than you do. After all, they’re used to treating partners this way in their own markets. When they say, “jump” everyone always does.

This is obviously not sustainable. In short: be the master of your own localization strategy.

Start light and scale from there

In many northern Asia countries, especially Japan, large local players will want to set up joint ventures or new entities with lots of overhead. My recommendation is to shy away from this.

Joint ventures are a thing for large corporations. Keep it simple.

Also, there is no need to open a legal corporate entity until the company has sizable revenue and employees on the ground. Many entrepreneurs think this is the first thing they need to do when entering a new country. Lawyers will always tell you it’s only a few thousand dollars, but they’re not factoring in all of the overhead and ongoing accounting compliance that will come along with it.

My advice? Wait as long as possible.

There is a large gray area in each country, but generally companies can wait until they have a few employees and over $1 million in revenue before they need to take that step.

Never assume rules are different and things must be done unethically

So many entrepreneurs ask me about the graft in countries like China, Indonesia, and Thailand. Yes, it’s there, but it is way overblown and it’s not necessary to get involved in order to build out a successful business here.

Moreover, graft has decreased significantly over the past decade and large players are usually above the table. I’ve been able to build out businesses in all of these countries leveraging hundreds of local partners without ever going down this path or even crossing into a gray area.

My advice is to draw a firm line and stay clean, which should not be difficult because as a foreigner, it is unlikely that you will ever even be approached to cross this line. If one of your local employees says it’s necessary, they’re trying to take the easy way out and you have the wrong people on your team.

Don’t underestimate the power of celebrities in these markets

Asians have a huge affinity towards celebrities and what they are using, because they want to use it too. Word of mouth is incredibly powerful in Asia, and celebrities command huge, devout fan bases that not only follow a celebrity, but will also take action based on recommendations from a trusted figure like a movie star or cricket player.

It’s the sole reason companies like Blackberry got a second life in Asia, and it led to the initial takeoff of GREE and Line in Japan. Local players realize this and leverage celebrities heavily. Working with local talent agencies is a great way to get your foot in the door and start getting some stars to help get the word out.

If you’re doing anything related to mobile, it’s imperative you understand that feature phone penetration is still well over 80 percent in most Asian markets, which amounts to over four billion consumers. Therefore, working with operators is still one of the quickest ways to reach the masses.

One key benefit that operators offer is easy and seamless billing, which can provide a significant boost since many areas across Asia lack electronic payments and have meaningless credit card penetration. However, prepaid SIM cards are ubiquitous and nearly every consumer has one. Digital ad revenues are still too small in most Asian markets to be a viable business model, so charging consumers via operator billing is still one of the most pervasive local models.

The above are just a handful of lessons that I’ve found to be invaluable for my businesses and those that I advise or sit on the Board of. I hope that it gives others a little color as they look to expand into Asia and a cleaner entrance into this exploding market.

You can find the full set of Thomas’s series of posts here. 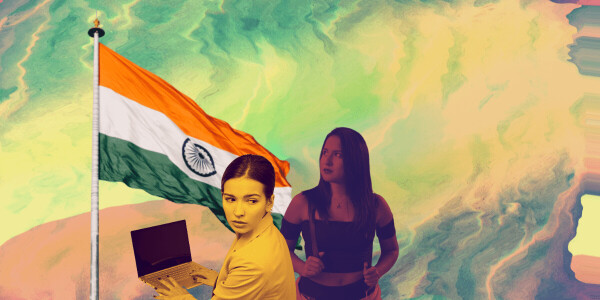 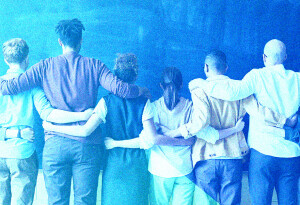