Just a few days after Rdio updated its mobile app to support Windows Phone 8, the digital music-subscription service has announced that users on the Web-based interface can now filter down music searches by label. 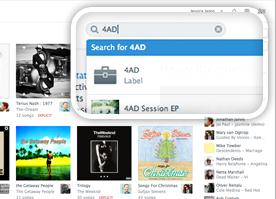 So now, in addition to being able to search by artists, albums, tracks and all the usual criteria, you can now type in Bluenote, 4AD and all the rest, as you attempt to identify new music you reckon you’ll probably like.

Rdio is currently available in the US, Canada, Brazil, Australia, New Zealand, and a handful of European countries. While it’s also available across a number of mobile platforms (including iOS, Android and BlackBerry), it seems this update only applies to the Web-based portal for now, though it would make sense that the mobile apps will be getting this feature shortly too.

Once you’ve found a label you wish to explore further, you simply hit the Play Station to add them to your playlist.