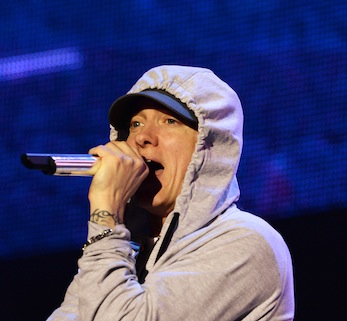 YouTube’s first-ever music awards, announced last month as a fan-powered celebration of music and artists from the popular video site, was held last night as an event full of spontaneity — which eventually saw Eminem scoop the Artist of the Year award, while South Korea’s Girls’ Generation snagged Video of the Year for “I Got a Boy”.

These accolades are significant as they’re based on the total number of views, likes, shares, comments and subscribers from YouTube’s own users — though the shortlist of nominees was based on YouTube analytics.

Billboard reports the YouTube Music Awards as a “gleefully messy show.” In one ‘highlight’, event hosts Jason Schwartzman and Reggie Watts were holding babies (for some reason) when rapper Macklemore and producer Ryan Lewis accepted a YouTube breakthrough award — with Macklemore saying: “I can’t believe we won these kids, man. I’ve always wanted a kid, without having to actually have sex.”