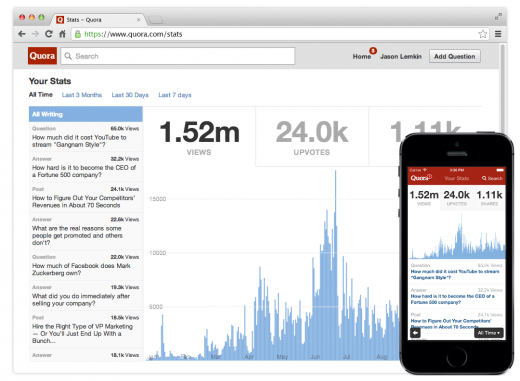 Quora is releasing an enhanced analytics service aimed at helping content creators better understand how widely their questions and answers are read and engaged with. Available on the Web and mobile apps, Stats on Quora (as it’s called), offers users metrics such as views, number of upvotes, shares, and more. The feature will be rolling out over the next couple of weeks.

Users of the Q&A service know that it already has an analytics feature called Views. Stats will be replacing it as the company seeks to provide a “stronger analytics tool for writers.”

Today’s news comes as Quora reports that users have created content that generates more than 1 million views per month and “upwards of 10 million annualized views.”