Ingrid Alongi isn’t like most CEOs. While it’s typically understood that the CEO’s job is to be the salesperson and face of a brand, Alongi tends to spend more time focusing on the work conditions and employee happiness of her company, Quick Left. In fact, she’s so unlikely to talk about herself or her company that, while sitting with her for dinner during Big Omaha, the subject of Quick Left came up (not from her, mind you) and I said that I really needed to talk to someone from there to find out their story.

Imagine my surprise when I found out that the very best person to tell that tale was sitting across the table from me.

“I never said to myself growing up or whatnot — ‘One day I want to be a CEO.’ I’ve always imagined myself as a team leader or a team builder, and an implementor of a vision…I can learn to be better in public over time, but in the meantime, I have the respect and trust of my team and the company I run. That’s a bit harder to earn than putting on a better public face.

The vision of Quick Left, it would seem, is to be somewhat of a technical cofounder as-a-service. It’s a Web and mobile apps design and development company that partners with others of various sizes in order to help them make the important decisions that they might not be qualified to decide themselves. As Alongi tells me, “we can weed through whether they should ignore pressure for features, versus what they shouldn’t ignore.”

With a list of clients that includes everything from TechStars startups to names like Photobucket and Awe.sm, the curriculum vitae of Quick Left is already impressive, and it’s growing. I was curious, then, as to what level of growth that the company felt it was best to bow out gracefully, rather than continue working with a company.

“It depends on the company. We have some companies with whom we’ll always been their development partner because they don’t want to hire or manage at that level. But for others, the answer is for them to hire at the first or second iteration of their launch.”

This is one of the areas where Quick Left separates itself from the rest of the pack. “We’ll help them interview,” Alongi said. “We’ll pair them with candidates and we can help them to ensure that the person that they’re hiring is who they say that they are, because we have the experience to understand the work that’s being done.”

The company also keeps an open-book policy, whereby it goes over the financials and clients with its employees each quarter. Everyone at Quick Left knows what money is coming in the door, as well as where it’s coming from. It’s that “keep it personal” mentality that has been part of the company’s success, but Alongi tells me that her concern lies more with the culture inside the office.

“We have to let our work speak for itself, and so I put a lot of work on the inside of the company to give people an environment where they can be creative. Every time the team goes out and does things in the conference scene, their energy and the life that they have speaks for itself.”

Which takes us back to Alongi herself, and why she’s your atypical CEO. According to her, “there’s no reason for me to have to brag. The integrity of our staff is really important and their work speaks for itself.” But then again she hails from the agency world where “everything was driven by fixed-cost projects hard deadlines and they did a huge disservice to the software industry. We’ve spent years trying to clean up that mess.” 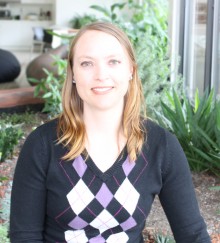 The landscape is changing for the better, it would seem. As consumers are placing more value onto intangible goods, companies are getting better at understanding the value proposition of a company like Quick Left and what they can build. “We have a lot more tools now that can give people transparency about why things cost a certain amount. I still come up against agencies who will fixed-bid something, only to lure someone into the sale and then have to turn around later and tell a client that a job can’t be finished for that amount of money.”

If transparency is paramount, then Quick Left has it in spades. Alongi likes to think of the company as sort of a therapist. You tell them your problems and the company uses technology to find a solution. Nothing hidden, nothing missing, it’s an open line of dialogue between a customer and a service provider.

I finished my talk with Alongi by asking what has come to be my favorite question – “What should I have asked you? What is imperative for people to know?”

“People think that we’re just this no-name, small development shop in Boulder, but that couldn’t be further from the truth. We have an exceptionally strong engineering team and we’re getting more involved with the community. Our developers are becoming more well known.”

Quick Left isn’t alone in its field. There are competitors such as Pivotal Labs and Thoughtbot, but the still-emerging app economy leaves plenty of room for more players on the field. To make sure that Quick Left continues to stand out, Alongi will maintain that culture-focused direction. Whether it’s new offices, new computer, plenty of time off or hiring the right people and making a position for them, Quick Left is aiming to be the development house of choice and it is tracking right on course.