After digesting a $3.5 million investment round secured in July, mobile self-checkout service provider QThru is beginning its expansion in the US as it launches apps for iOS and Android.

After a successful test-run at the Ridge IGA Supermarket in Snoqualmie, Washington, QThru is planning on bringing its smartphone-based self-checkout service to 14 grocery and hardware stores in the Seattle area by the end of January 2013. There’s also a grocery shop in Alaska introducing QThru to its customers soon.

The idea of the service QThru has built is quite simple and is aimed at beating the long lines you no doubt see in your local grocery shops. Users download the iOS or Android app and fill in their credit cards’ details; after that, when in a store, shoppers can just scan barcodes of the items they are picking out and then check out by entering their pass code and scanning a QR-code at a QThru kiosk machine. Then a supermarket employee may check if all the items have been paid for.

Shops pay “several thousand dollars” for QThru’s hardware, and there is also an “affordable monthly recurring service charge,” while the price of a traditional self-checkout solution with proprietary scanners and huge counters starts at $20,000, Roberts said.

While the first iOS app, released by QThru, was tied to the supermarket, where the service was being tested, the new versions will work in any store that is connected to the system. You can see all the shops around you on a map, even if they don’t have QThru checkout yet, and even suggest their owners to get one.

After choosing your desired supermarket, you can scan items to add them to your virtual shopping cart. Also there’s a Deals section where all the daily discounts and special offers of the store are shown. 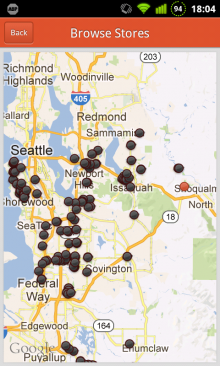 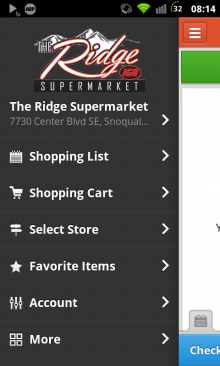 The QThru apps can also be used outside of a store to create shopping lists either by typing or by scanning barcodes on the products you need to get a refill of. The items will be automatically moved from the list to the virtual shopping cart when you scan them at a store.

In the coming weeks, QThru’s team will focus on adding new features to the apps, including shopping history and shopping list sharing. 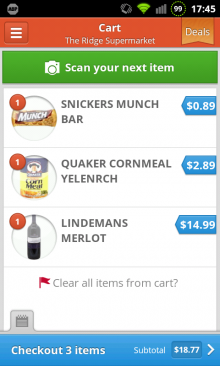 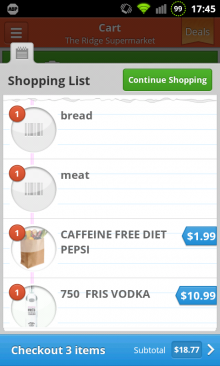 Next spring is going to be a big time for QThru, Roberts said. The company is set to launch a coupon portal of sorts, allowing stores registered in the system to create coupon campaigns with advanced targeting by region or particular shops.

With this functionality, QThru users will be relieved of clipping coupons. Instead, they will be receiving customized (and hopefully relevant) offers related to items they scan while shopping in real-time.

Another feature planned to go live in spring is grocery ordering. Users will be allowed to order and pay for groceries remotely to collect later. After an order is finalized, a store’s employee will prepare everything to be ready by the time specified by the customer.

Apart from this, during the spring of 2013 QThru is hoping for a new round of funding, potentially larger than the cool $3.5m it reeled in back in July. 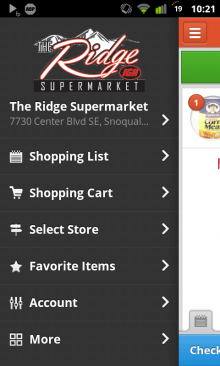 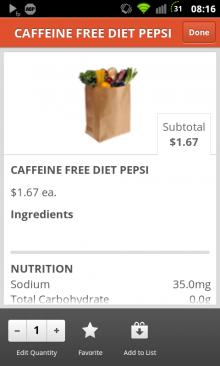 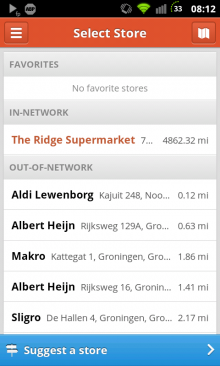 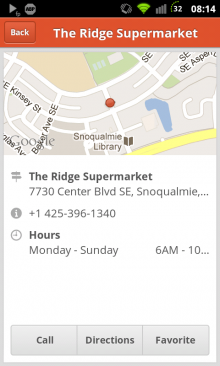