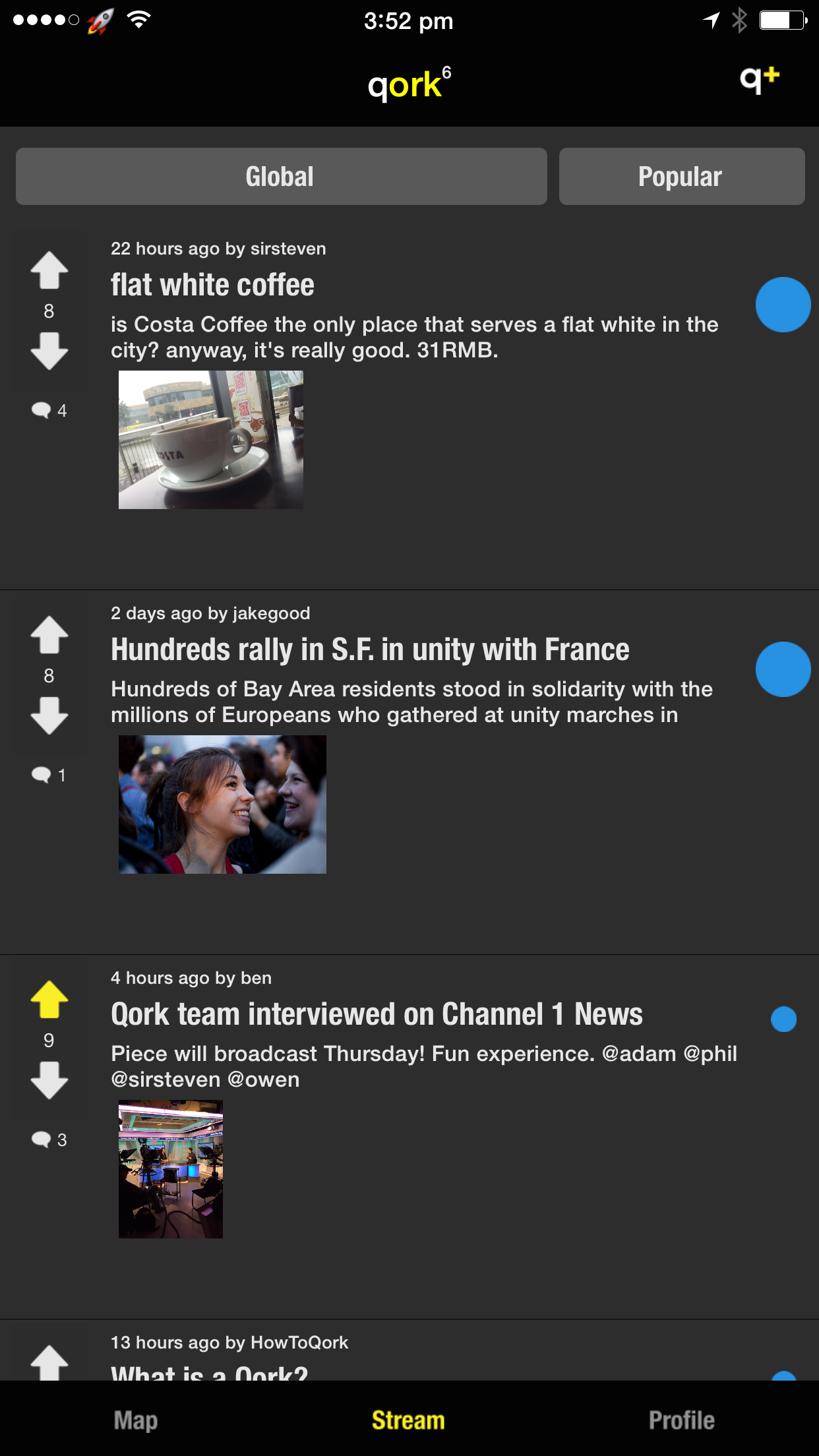 Qork was inspired by CEO Adam May’s experiences as a journalist at Inside New York, where he struggled to find a coherent place to get local news and events. May said he looked at Reddit and Twitter, which are great for interest-based discovery, but don’t help with finding local content.

The app, which appears similar to Reddit at first, allows users to submit a post with images and text as well as attach a location for sharing. When you share a story, it appears on the map and grows in size depending on how much interaction it receives.

When a local story occurs, Qork will come into its own, with the app presenting you news from around your immediate location, based on how widely upvoted it is at any given time. If users see something in their area and submit it, the app helps others know exactly what’s going on.

Qork aims to make people feel more connected to their local community and to wants to encourage locals to connect to one another again, calling itself the “town square for the digital age”. If the company can pull it off, it could become the best way to find the latest updates from your area without having to go looking for them.

While Qork is still in its early stages, the most interesting part for me is the events functionality. Being able to quickly zero in on local events events in a timely way is hugely valuable because actually finding them online can often be a convoluted process.

Another app we reviewed, Plague, does something similar but information isn’t spread until it “infects” other users by them passing it on.

Qork is available starting today on iOS and Android, for free.