It’s time for another edition of “What TNW is reading.”

If you’re not familiar with them, take a moment and enjoy the previous edition about the US election.

After having first been colonized by the Spanish, the country – in its own weird way – is part of the Kingdom of the Netherlands and one of the busiest ports in the Northern Hemisphere.

One of its four official languages is English and they managed to smush them all together to create Papiamentu, the local language. Speaking all four languages fluently, Cecil is currently adding French and Russian to the mix… he’s such an отличница.

So what is Cecil reading nowadays? Mostly non-fiction surrounding technology, design, art and history – a little bit of everything. But in all those choices, in everything sitting on his shelf at waiting to be downloaded, The Age of Spiritual Machines: When Computers Exceed Human Intelligence by Ray Kurzweil is Cecil’s go-to recommendation.

If the name sounds familiar, it’s because Kurzweil is the father of ‘The Singularity’ concept. Most folks who hear about it either think it’s the revelation of the century or the ramblings of a crackpot scientist. Cecil thinks it’s somewhere in between. 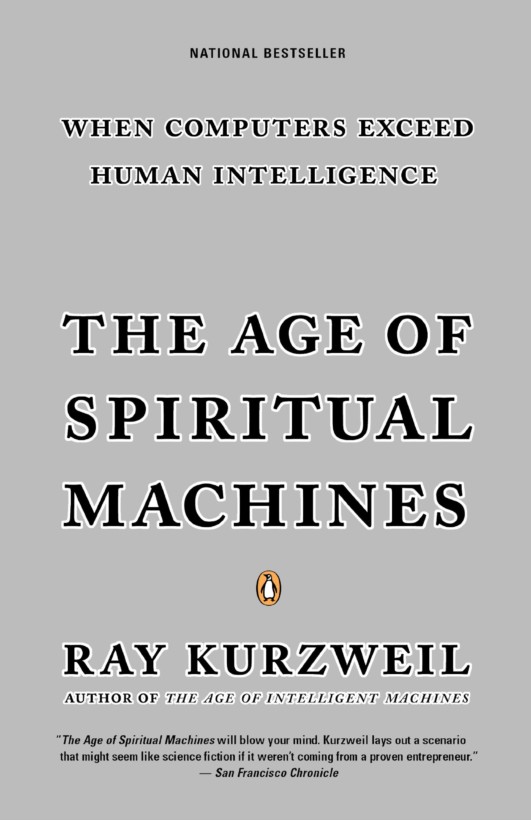 The book was first published in 1999 and in it Kurzweil explores how he thinks the 21st century will be. You might assume this is one of those nonsensical, no-holds-barred science-fiction rants that predicts automated flying cars, holographic TVs and robotic servants, but he actually comes very close to our current reality and then hits the afterburners.

The book predicts how technology will evolve and inevitably transform every single aspect of our lives, including what makes us, well, us.

AI is widely mentioned as having the capacity to overcome human intelligence and being used to cure diseases, perform human jobs and eventually having its own consciousness. Kurzweil takes it one step further and claims that at some point, we’ll have no choice but to integrate Artificial Intelligence into our minds, our behavior and our bodies.

Kurzweil predicts that, as we continue creating and building AI, perhaps along with other civilizations across the universe, eventually it will saturate space with intelligence. It’s all pretty hard to grasp, but he might just be onto something. He is after all, working at what he calls “a giant supercomputer,” also known as Google.

The time where machines finally take over and artificial brains are considered as normal as wearing pants is not quiet upon us, yet one can look to some of today’s most prominent tech leaders and see it’s not far away. Just as Elon Musk’s belief that there’s likely a “super intelligent artificial intelligence that created the universe as we know it.”

I’d recommend checking out this book, so you too can welcome our new robot overlords.