When you use the words ‘pornography’ and ‘tech’ in the same breath, rather specific things may come to mind.

As one of the most innovative industries, adult entertainment professionals aren’t just interested in tech in the bedroom. In fact, they may be more informed and excited about tech than most people.

Except for Ron Jeremy…

@lgilm0re wrong person for that subject since I don’t even own a smartphone or a computer so, I am not up on my tech to know anything

When polled, the one thing they all had in common was the need, and want, to be connected – with their fans, their family, and other professionals. For porn-star-turned-radio-host Lisa Ann, being connected has saved her from some would-be awkward moments:

Before there was social media and being able to background check people, a girl would call you… cause she found your number. That happened to me a couple times…

And just how do they stay on top of this constant connectivity? With a smartphone.

In fact, 92 percent of those polled said their phones were their favorite device.

My favorite device is the smartphone – it’s an all-in-one piece of technology with unlimited potential.

The adult industry got a bad wrap for their use of SnapChat, but anyone who’s business savvy will tell you to be where your audience is.

I joined Twitter kicking and screaming. I was already on LinkedIn, Facebook, and even tried my hand at ‘coding’ my own MySpace page (don’t judge, you know you did it, too). When I joined TNW full time, I accepted my social fate and signed up.

But most everyone enjoys it for the social benefits. At 62 percent, Facebook is their social platform of choice. But there did seem to be a distinct difference between users and platforms.

Those with more ‘traditional’ roles seemed to like more traditional mediums such as LinkedIn. Cam models and creative types enjoyed the ‘no bullshit’ from Twitter where they can more easily post about the industry without fear of being censored.

Both platforms were revered for their clean and user friendly design.

There’s an app for that

Apps are everywhere. For business or for pleasure. And we’ve gotten accustomed to doing both via applications.

For adult model, Ava Austen, she uses a lot of apps for work:

Twitter and snapchat. [Not only are they] fun, they’re good business tools.

Others use apps to chat with fans and friends.

Facebook Messenger led the pack. But at only 23 percent, this win was by a very small margin.

What really struck home was how people in this industry used apps. From Google Docs for work, to communicating with coworkers via Slack… the answers sounded more like as a typical day in any office.

I also love my dropbox app because I can store all my photos on there and access them easily for posts, my notes to keep track of ideas, and Wunderlist for to do lists because I’m so spacey otherwise! – Carter Cruise, performance artist.

We’ve all be there, girl.

While tech in the bedroom isn’t necessarily a bad thing, we’re all guilty of checking our phones or watching tv before sleeping (and doing other things…). Despite knowing better, we just can’t break the habit.

Are people in the sex-sells industry any better? Unequivocally, no.

96 percent of respondents admitted to at least checking emails in bed.

One brave soul, though, is better than the rest of us:

Our attachment to our phones is bad enough.

From my pool of participants, the majority of them are Apple fans. From iPads to Apple Watch to their trusty Mac for editing and producing their product, Apple is the device of choice for most.

And if you may feel the same as Carter Cruise…

I judge you if I text you and the text goes green.

Though when it came to wearables, Pebble and FitBit were the tech of choice.

And they know their tech

Did you watch the recent Apple’s iPhone 7 launch event? What about Google’s hardware-tastic one? You know who did? Workers in the adult industry.

While two participants gave an emphatic ‘no’ –

No – same shit as last year.

Nope, I’m not [an early adopter] and never will be. You’ll never see me camping out of any retail store.

And others wanted to but were too busy with, you know, life; many more actually did watch. Why you ask? Because their work revolves around technology.

And they’re very interested in where tech is going.

I watched the Apple event a few months back, just interested to see what’s coming next.

Some even build their own technology.

We started thinking beyond the adult industry and other ways that this would be very valuable to users. – McEwen

The future arouses them

Definitely interested in what VR is going to bring business wise, especially in the cam industry.

But sex isn’t the only thing on their minds. From more improvements in HD, to cross-platform compatibility, to an app that doesn’t crash; these problems affect us all.

I also hope they figure out a better way to do software updates. It’s scary updating anything because you don’t know how it’s going to effect your programs. – Carter Cruise

And just as everyone else on this planet, they care about their fellow man:

[I’m most looking forward to] online education to every school and internet everywhere.

The climax of technology

So what does this all mean? Well, for one, it means that the future of technology is important to everyone, regardless race, location, or business profession. 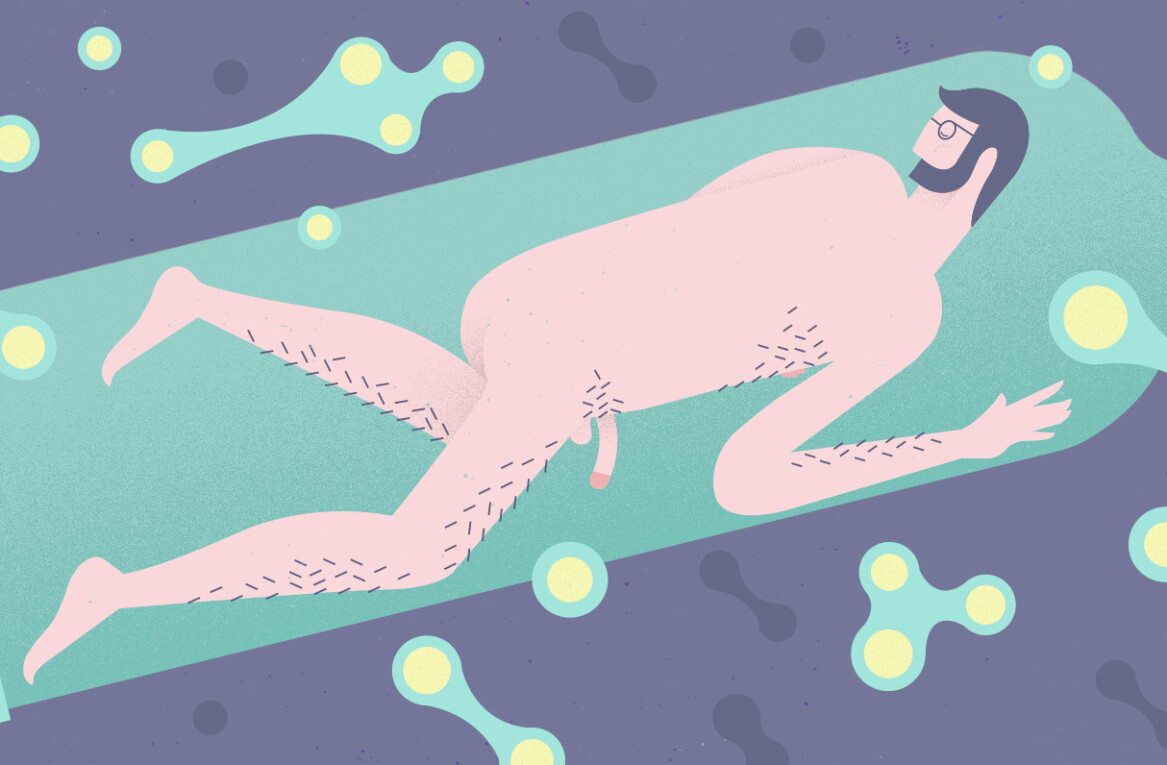