Would you quit a corporate career to live the startup life? It’s not so common for Brazilians to answer “yes”. Yet, that’s exactly most of Polo Marte‘s founders did less than three months ago. So why did they take the jump?

When I met Marcelo Gluz a few weeks ago at Rio de Janeiro’s Operations Center (see previous story), a comment he made left me intrigued. He had just left a good corporate career at cable operator Globosat to launch Polo Marte (‘Mars Pole’) with a couple friends – but there was more to it. Although he had no numbers to support it, he had the feeling he was part of a trend that started a couple years ago and accelerated over the last months. According to him, several of his acquaintances in Rio de Janeiro had done the same. That is, they had left well-paid jobs at large companies to work on their own projects.

When asked about his motivations, Marcelo explains that there was no a-ha moment. It was more of an evolution, when he realized how hard it was for him to ‘sell’ the corporate life to recent graduates he was interested in hiring. Yes, they would have to work from 9 to 5 (or more). No, they couldn’t ever work from home or spend time on their side projects. But it wasn’t only about that; they would also have to deal with hierarchy and HR which have a tendency to “put people in boxes”. His co-founder Nando Pereira agrees; he never felt his skills and interests could be defined by a job description.

Don’t take them wrong; Globosat, which belongs to Brazilian media giant Globo, wasn’t particularly bad at all. According to Marcelo and Nando, it’s a breeding ground for UX talent in Rio and it was probably even better than the average company in many respects. Gastao Brun, who recently moved back to Brazil from the US and is now in charge of Technology at Polo Marte, agreed that the environment he worked in at private banks was far more formal. Still, Marcelo and Nando couldn’t help with identifying with the aspirations of the digital natives they were trying to hire; they became increasingly aware that they wanted something else for themselves, and co-founded Polo Marte about three months ago.

If you’re reading this from Silicon Valley, you may be thinking this is obvious. But let’s keep in mind we’re in Latin America, where the business culture is usually more risk-averse. Sometimes, it’s for very good reasons; Marcelo still remembers the hyperinflation Brazil endured until the mid-90s. Opening a company takes time in Brazil, and closing it takes even longer; the cost of failure is objectively higher. So aren’t they afraid of becoming unemployed if they fail? According to Nando, not that much; not only because they believe in their project, but also because frequent phone calls from headhunters convinced him they could easily go back to a corporate job if needed. Brazil is an emerging country, and IT skills are in high demand. This explains why ‘family men’ like them still took such a move.

An accelerator… with a twist

But Marcelo and his friends didn’t quit their day jobs just to wear shorts and jeans at work. They did it because they were passionate about their hub project, Polo Marte. So what is it? Marcelo insists it’s not an accelerator in the molds of the existing ones. However, it shares many of their characteristics; Polo Marte will develop in-house projects, but is also selecting external ones, of which Polo Marte will take a share in exchange for mentoring and other traditional acceleration activities.

The big difference with well-known accelerators is that Polo Marte wishes to establish a long term association with the talent it accelerates. The last thing it wants to see is entrepreneurs leaving with their projects after a mere 6 months. Instead, Polo Marte and its mentors want to help young entrepreneurs grow their skills and develop their future ideas within Polo Marte. One of these mentors is Fabio Giolito, the Brazilian designer behind the standalone venture We Heart It (recently mentioned in our article The best places to find artistic inspiration online).

As for the projects themselves, don’t expect any groundbreaking technology. Marcelo makes it clear that Polo Marte is not about tech innovation; it’s about using existing tools in a way that’s relevant for the public (and the Brazilian web). One example is the upcoming gift recommendation engine OQDar (which translates as “What to give”). Another is Apps4Kids, which, as its name says, reviews and indexes iOS apps made for children. These are just a few of the thirty projects in Polo Marte’s portfolio, which is very diverse. The hub’s share and implication varies from project to project. They’re also at very different development stages, from simple ideas to existing websites needing a redesign.

Advertising, graphic design and digital creativity are among Rio de Janeiro’s strengths, and Polo Marte is no different in this regard. It joined forces with its friends from design studio Tangerina, sharing the same office space. Most of their projects have this design feel about them, which reminds of (good) advertising, except that they weren’t made for a client. A big change for a team who’s still getting used to not having a boss.

What about you, would you quit your day job to launch your own project? 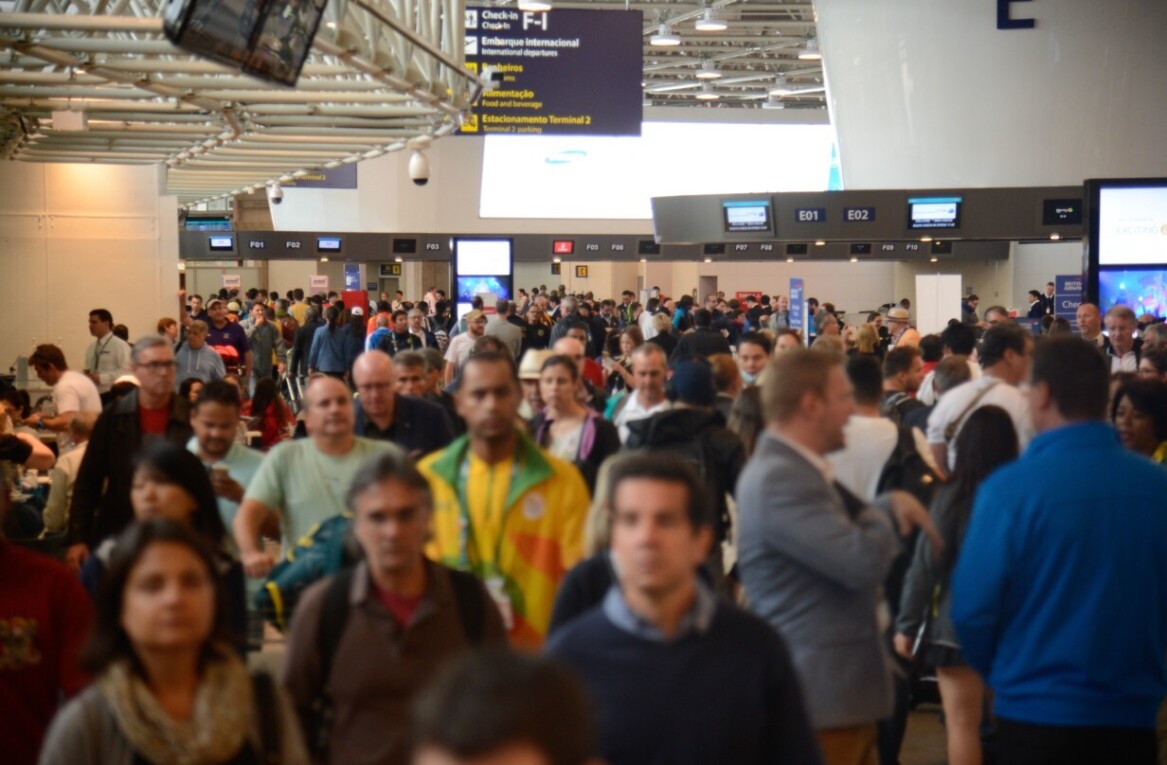