The app has a completely overhauled repair tool to remove unwanted elements within an image. The tool now offers three options: quick, standard, and advanced repairs. These choices combine algorithms specifically for removing small or large objects from smooth or complex backgrounds and use four times less memory than the previous version, the company says.

With the previous 3.1 version, Pixelmator added 16-bit performance, meaning that you could work with high-bit-depth files, but saving and converting to 16-bit was still reserved for the then-new Mac Pro. Pixelmator 3.2 Sandstone now brings full 16-bit-per channel support to all Mac models.

This feature also enhances color support throughout the app, boosting information and reducing banding. This means that you can make more advanced adjustments to a photo while keeping the color true. 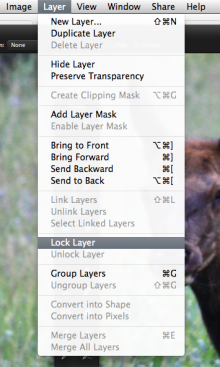 Responding to longstanding requests by users, the new Pixelmator version now has Lock Layers functionality that lets you protect content on specific layers while editing other parts of large, complex images.

This version also includes a new Convert Selection into Shape option that lets you quickly and easily create all kinds of shapes from any selection.

In addition, there are numerous smaller updates, interface enhancements, and fixes that boost stability.

Pixelmator 3.2 Sandstone is available directly from Apple for $29.99. It is a free update to all existing customers who purchased the app from the Mac App Store.

More information on Pixelmator 3.2, and a free 30-day trial, is available on the Pixelmator Website.