By now the Pixel 3 XL’s giant notch has become something of a meme in the tech world. The most egregious example of an unfortunate design trend, it’s a testament to human adaptation that the phone’s users were eventually kinda-sorta able to ignore the notch.

Sort of. Almost a year after I reviewed the Pixel 3 XL, the notch still haunts me now and then, especially when I see at a bezel-less phone like the OnePlus 7 pro.

Google appears to have relented with the Pixel 4. While the company has already shown us what the back of the Pixel 4 will look like in a rare move meant to undermine leakers, new leaks give us a picture of what the front of the phone could look like.

Reliable leaker OnLeaks partnered with iGeeksBlog and showed off renders of the Pixel 4 and Pixel 4 XL. OnLeaks’ renders are usually unofficial, created based off of engineering data and expected features, but they tend to end up looking close to the final product.

Leaker Ice universe also showed off images of screen protectors for the Pixel 4 and Pixel 4 XL:

The oval opening of the Pixel 4 Series front panel means that the Google Pixel 4 Series will be groundbreaking and new and worth looking forward to. pic.twitter.com/9Pg9bGcWrs

Rather than try to reduce the size of the notch, Google has relented and simply opted for a chunky forehead (by today’s standards) instead. Granted, by now much of the competition has moved on to making virtually bezel-less phones, but it’s worth noting Google appears to have at least made the bottom bezel a thin sliver. The bottom bezel is the most important when it comes to ergonomics – the slimmer it is, the easier it is to reach the top of your screen – so Google’s priorities at least seem to be in order.

The thick top bezel appears to be more than just limited engineering. There’s a new oval cutout hinting at some new technology. There have been rumors Google is using the Pixel 4 to roll out the first consumer implementation of its Soli touchless gesture sensor.

We first heard of Soli way back in 2015, an impressive tech demo of a future where users could reliably perform gestures with small hand movements. LG tried something similar with the G8, but if the old Soli presentations are anything to go by, Google’s technology could be much more refined.

Also notable is the lack of a fingerprint sensor. This suggests Google is either using an under-display implementation like OnePlus or is planning to implement facial recognition. There are also two cameras and what appears to be a depth sensor on the rear, but we already knew this from Google’s own official render.

The bad news? After bringing back the headphone jack on the Pixel 3A, it seems Google has no plans to do so with the Pixel 4. Sighs. 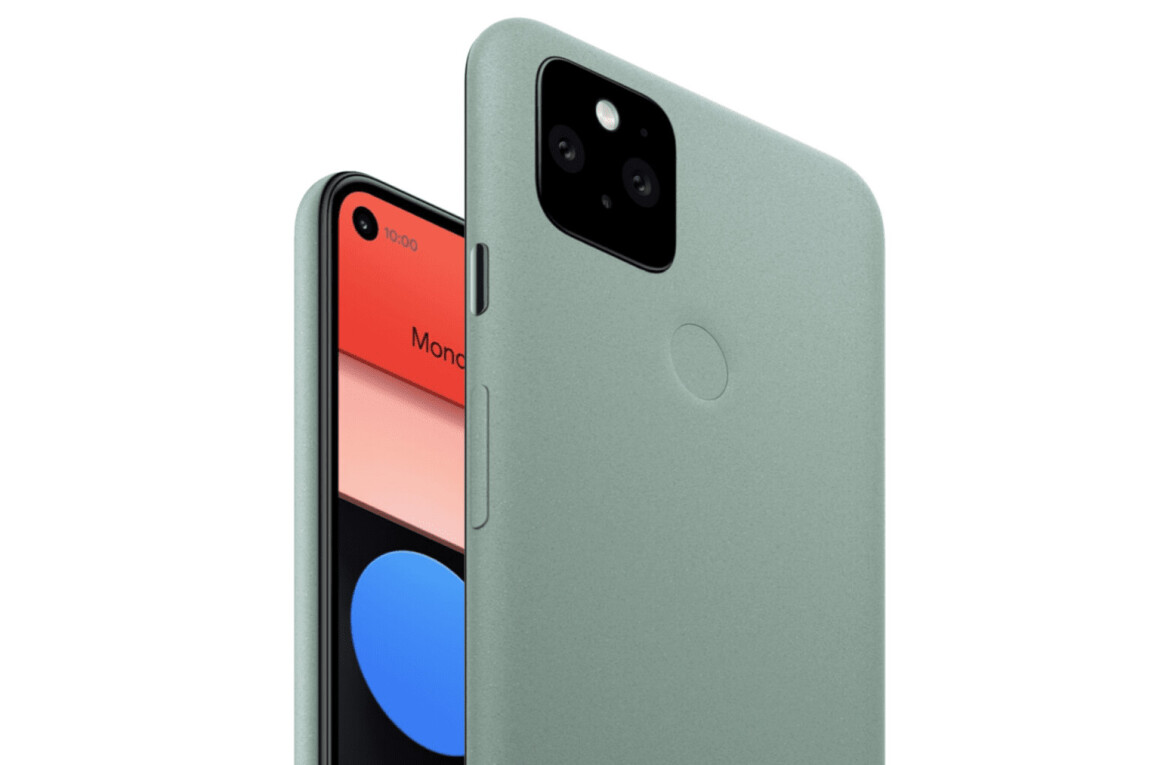