If your smartphone’s audio quality just isn’t cutting it for you, it’s time to consider a high-definition music player.

Rocker Neil Young got into the game early with his $400 PonoPlayer at the beginning of the year. Sony also showed off its $1,280 NW-ZX2, the most expensive Walkman ever produced. Now, Pioneer is throwing its hat into the ring with its $500 Android-based XDP-100R.

First unveiled at this year’s IFA trade show, the device is housed in machined aluminum body and features a 4.7-inch 720p display as well as 32GB of internal storage. It also has room for two microSD cards holding up to 128GB each. Pioneer has announced a release period and price only now. 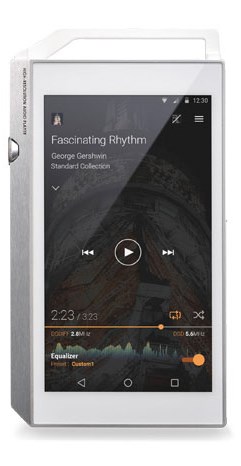 The XDP has a separate circuit board solely for its audio components; the company believes this will “eliminate the effects of digital noise.” It can play just about any format you throw at it — lossless FLAC, MQA, and ALAC, as well as DSD are all fair game.

Pioneer says you should get 10 hours of battery life on a single charge. It will launch in Japan late this November and will retail for about $500.

But it is worth its asking price? You’d have to be a seasoned audiophile to answer that accurately.

If you want your pick of lossless music outside of what Tidal offers, you’ll need to spend time and energy growing your collection by ripping CDs. And what’s high-end audio without a pricey set of headphones?

It seems like high-end audio is still fairly exclusive and inaccessible, and the benefits of making the expensive switch are subtle at best. With the XDP, Pioneer has, like its peers, created a niche product that will likely interest those who already care about high-definition audio, not convert non-believers who don’t care to carry around a second portable device.